INTERVIEW | Blair Thomson: How to Arrange 15 songs for a Symphony Orchestra in One Month

This week the OSM moves from Mahler to Half Moon Run. Adam Johnson conducts the OSM Pop concerts, Tuesday and Wednesday in the Maison symphonique. Ludwig van Montréal team met with the St. Bruno arranger, composer and pianist Blair Thomson, who talked about the fine art of integrating the sound of an indie rock band with a symphony orchestra.

When did you get this assignment?

Near the end of July. The OSM asked if I would or could write 13 to 14 arrangements for Half Moon Run. Initially, I thought they would be played in 2018! I soon learned that the deadline for everything (parts and scores) was Aug. 28 – a month away. It was imperative that I meet HMR and begin writing as soon as possible. OSM laughed and said they were aware of my conscientious approach to my work but that I didn’t need to be overly “creative” on this gig. But I don’t compromise. Off I went to Archambault to buy HMR records and then met the members in person.

Did you know HMR and their music?

I had heard HMR on a broadcast a few years earlier and recall telling my wife that these guys were talented and very funky. The OSM told me that HMR wanted to perform about half of the concert on their instruments, the other half singing with the orchestra.

And this was a problem?

My preference is to get pop singers to step outside their comfort zone, away from their instruments, thus creating a situation where they have to “breathe” with the orchestra, like an opera singer. I did a pretty radical rereading of some Michel Rivard’s songs with OSM in 2006 (the recording was made in 2008). I believe this was the first time the OSM had done this [i.e. performed a pop concert without a rhythm section]. Michel wanted to do it this way, which I considered artistically courageous. Most pop singers are terrified (yes, terrified) to sing with an orchestra without a steady beat furnished by a drum kit, especially if an arrangement does not strongly resemble the original.

But how do you deal with instruments?

The answer to this question is itself a question: “If the artist/band wishes to play an instrument, what do they want to hear?” Are they simply an entity backed by the orchestra, or are they integrated with the orchestra? During La symphonie rapaillée, my arrangement of Gaston Miron’s poetry and folk singer Gilles Bélanger’s music, the 12 singers were themselves seated within the orchestra. I thought of them as additional orchestral instruments.

It sounds like each job of arranging is different.

Experience has taught me that there is no template for integrating a band’s sound with an orchestra because the union always depends on the context. Do the artists read music? If so, this means they can listen to cues, as would a lieder singer. For the arranger, this may present increased opportunities for subtle rhythmic, melodic or harmonic nuances. On the other hand, the ability to read music does not confer an advanced ability to hear with precision. One must, therefore, meet the people for whom you are about to write, observe their body language, watch them play, and listen to how they themselves listen. In a sense it is an exercise in radical empathy, in understanding how the artist perceives the musical experience.

Once you have this understanding, then what?

The first step is to transcribe the vocal line as precisely as possible. I am guilty of dogmatism in insisting that this be done as accurately as possible, without compromise. We can compare this to an ethnomusicologist who transcribes non-Western music with a different tuning system and irregular rhythms. If the singer sings “baby, I love you” with quintuplet 32nd notes within a triplet eighth-note figure, then this must be represented in the score.

What happens after transcription?

What happens – and I mean 100 percent of the time – is that during the two to three hours it takes to transcribe the vocal line, other musical ideas spontaneously arise. I write them down, as outrageous as they may seem. Even better, patterns emerge. For example, Half Moon Run have striking back vocals. One sees why upon inspection: they often sing in fourths. The lead singer, Devon, loves to create syncopation and to stress unstressed syllables. That’s very interesting to me. Several ideas can be traced to this phenomenon.

Songs by the same group can be different.

True. Every song has its own DNA. The arrangement’s angle or point of view takes its departure from my perception of this DNA. Often, and curiously, I may not “get” a song on first listen. I say to myself, “What’s the big deal? This is rather blasé. Not much here. What am I going to do?” And yet, after a careful transcription, the arrangement’s “secret” always appears, particularly if I adopt the singer’s voice. It’s a very intense process, sometimes accompanied by tears and laughter.

Vocals, then, are the basis of everything.

Yes. I often see arrangements without a vocal line, or with a rudimentary one devoid of lyrics. Without wishing to sound harsh, it seems to me that this is a betrayal of the artist. How can one speak of integrating a band’s sound if the vocal line has not been judiciously examined, syllable by syllable? This process is the sine qua non of arranging songs.

Tell us more about the case of HMR.

With HMR I have “folded” their very strong grooves into the OSM so that what we hear is not a band playing “in front of” an orchestra but another musical element, as important as a tuba or a piccolo. The instruments are not further up the hierarchical plane than the orchestra (even with amplification). They are, rather, subservient to the groove, lyric, harmonies etc. Other times I have superposed a second or even third  groove on top of their instruments, which is a very seductive musical move.

A good example is the arrangement of 21 Gun Salute. The beginning and end feature the orchestra enveloping the band in such a way that the entry of the drum is unannounced. The band’s “sound” is reinterpreted through an orchestral haze. That’s one way to do it. One superimposes an orchestral sheen which obliges both listener an performer to rehear the groove they have hitherto played innumerable times.

Another case is Call me in the Afternoon. Devon sings “T-T-T-T-T-Take one if you need it….” This stuttering continues for several bars. When you hear the consonants dance at a given tempo, ideas occur. During the transcription I jotted down “brass triple tongue clusters.” That was the motif of the arrangement. The band’s sound is exemplified here by insistent, dancing, tutti 16th-note clusters. From the lyric’s rhythm came the harmonic “commentary”  of clusters within which the band folds itself.

HMR uses many instruments. Did this create a challenge?

The nature of the challenge is to avoid superfluous doubling. Obviously coherence in the bass is critical, and as cellos tend to be doubled at the octave in Beethoven, so it is with an electric bass. One is always careful to respect the role of the bass in a song. To what degree does the bass contribute melodic, harmonic or rhythmic information? In Everybody Wants, I went underneath the electric bass and created a pedal note with the contrabassoon, tuba, organ pedal and contrabass because here the electric bass is providing melody.

So pop instruments and orchestral instrument can be used in complementary ways.

Yes. The powerful, ascending string lines in Everybody Wants are clearly inspired by Conor’s acoustic guitar at the beginning, in particular the triplet 16th-note pattern. The challenge is not unlike scoring a concerto. One must not crowd the instrument or bury its unique quality. Now, keep in mind that only seven of 15 songs will use the band’s instruments. I hope there are some interesting things in the other eight songs! 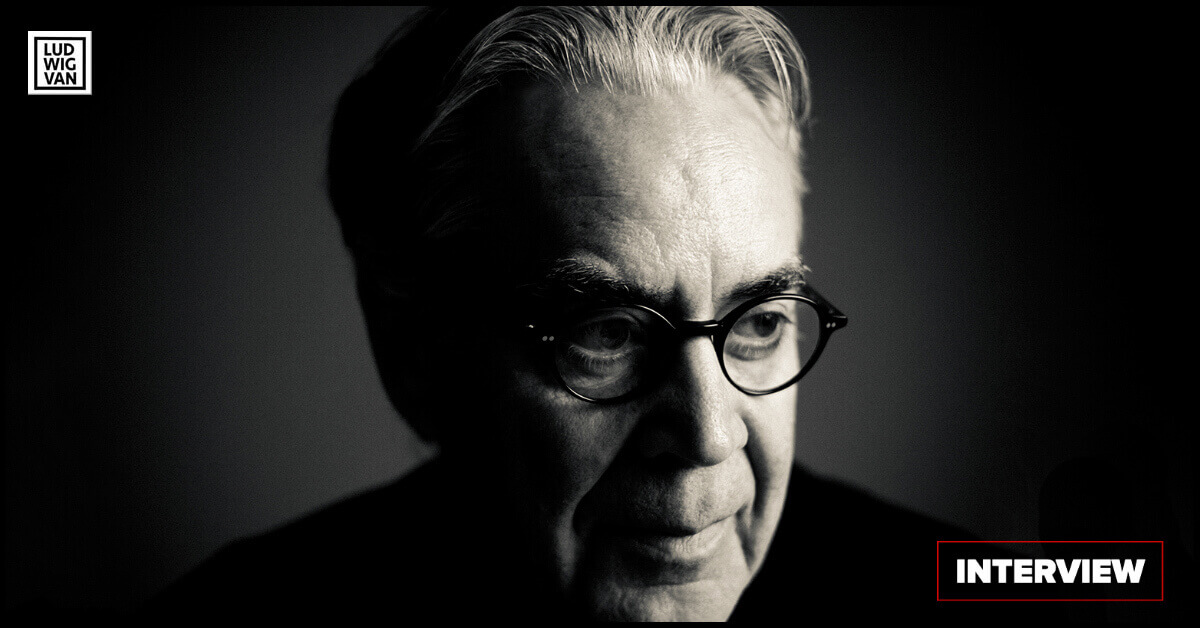