Revered Canadian composer and author R. Murray Schafer has died Aug. 14 after a long battle with Alzheimer’s disease at age 88.

Regularly described by colleagues as a man of extraordinary innovation and communicative ability, Schafer was one of Canada’s most prominent composers.

His works reflected an interest in myth, ritual, audience participation, and ecology and environmentalism’s aural elements. His best-known works were large, ambitious outdoor pieces that incorporated elements from the environment as an integral part of the performance. Examples include The Princess of the Stars that premiered in 1981 by New Music Concerts, and Music for Wilderness Lake, written for 12 trombonists spaced around a lake.

Many of his ideas were informed by a lifelong fascination with the “soundscape”, a term coined by Michael Southworth, and popularised by R. Murray Schafer in his influential book The Tuning of the World, published in 1977.

The book followed the World Soundscape Project (WSP), which he founded while teaching at Simon Fraser University in 1969. “[WSP grew out of Schafer’s initial attempt to draw attention to the sonic environment through a course in noise pollution, as well as from his personal distaste for the more raucous aspects of Vancouver’s rapidly changing soundscape,” writes colleague Barry Truax.

Among Schafer’s honours are the Glenn Gould Prize (1987) and the Governor General’s Performing Arts Award for Lifetime Artistic Achievement (2009). He was made a Companion of the Order of Canada in 2013.

His last major performance was a revised production of Apocalypsis (1977) with multiple choirs, dancers, actors, and a throat singer at the 2015 Luminato Festival in Toronto.

Schafer’s struggle with Alzheimer’s was known to friends and colleagues, and they encouraged him to continue to compose from his picturesque farmhouse located near Peterborough, Ontario.

His final string quartet was a commission for the Quatuor Molinari called fittingly titled Alzheimer’s Masterpiece.

Hundreds of tributes continue to roll in on his Facebook page. 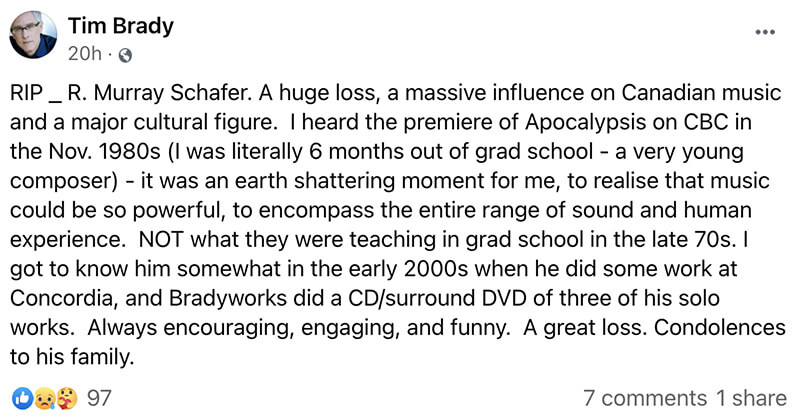 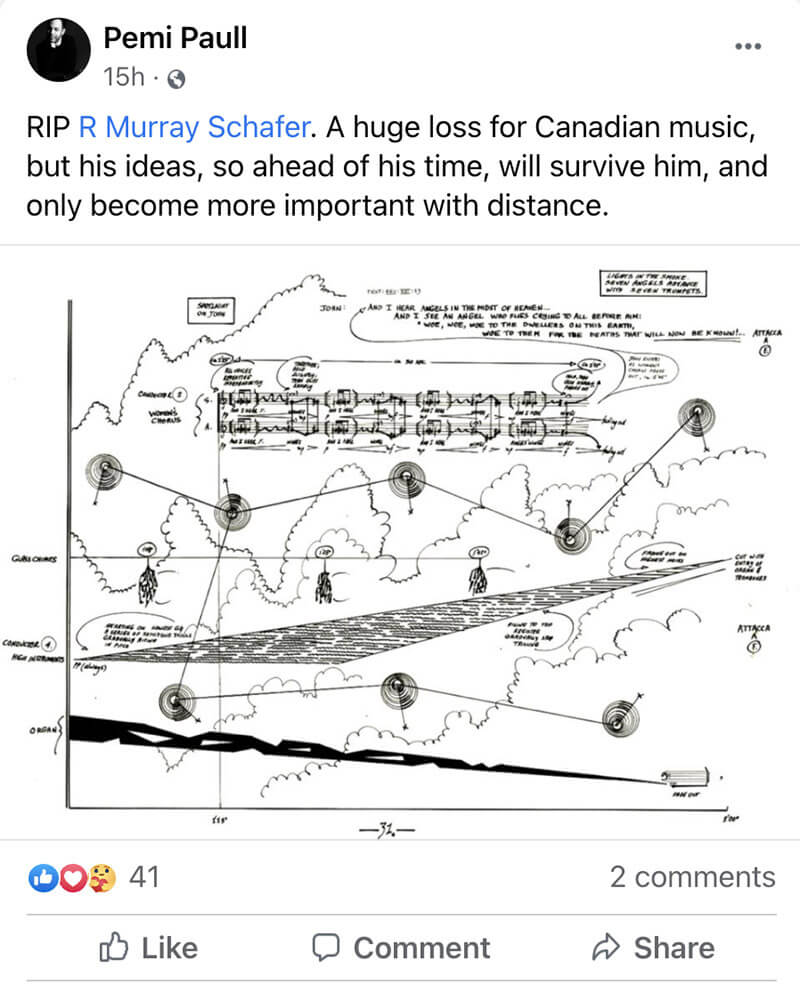 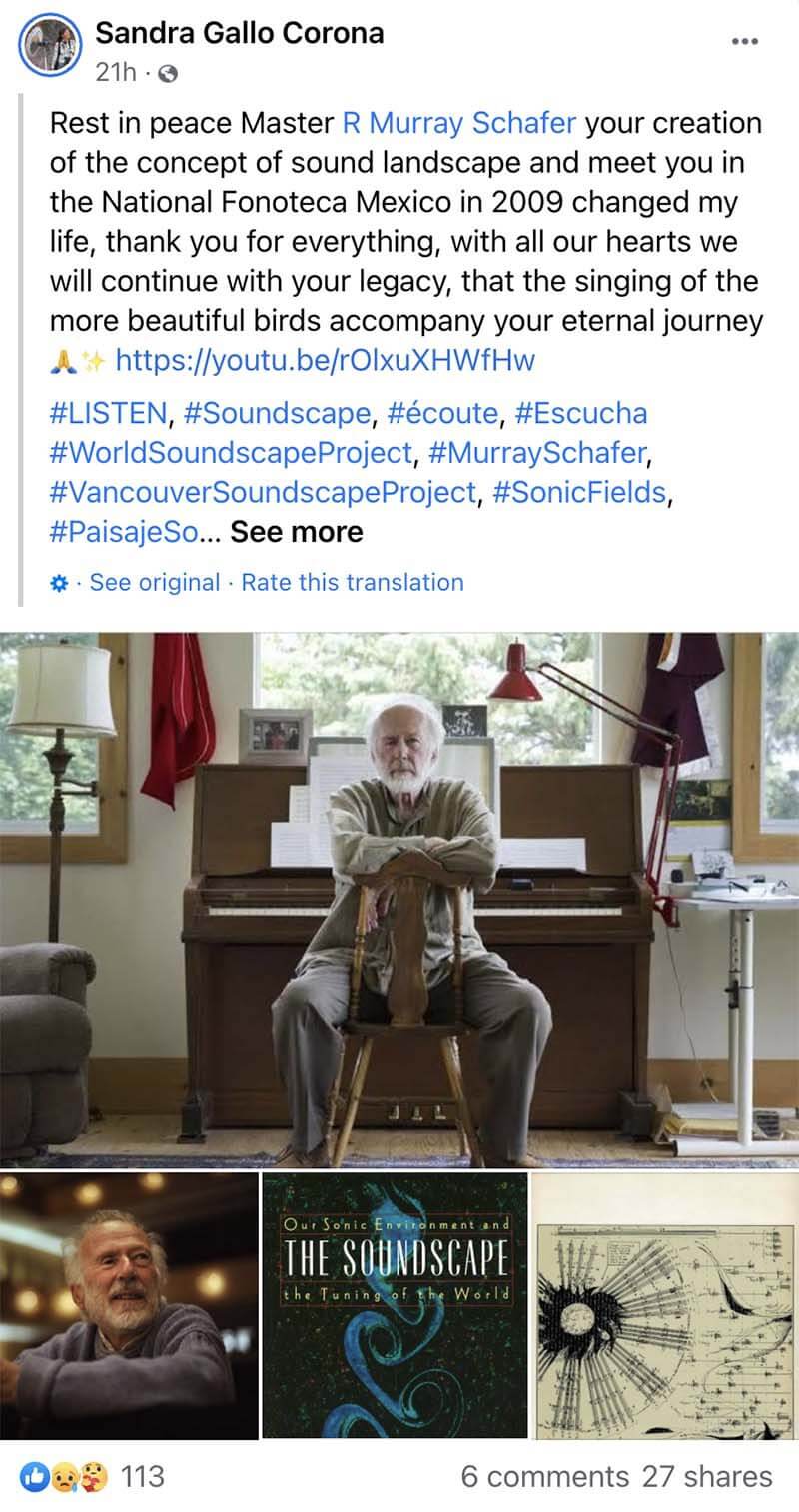 Schafer is survived by his long-time partner and collaborator Eleanor James.

For those looking to learn more about R. Murray Schafer’s life and contributions to music, we highly recommended reading his excellent memoir My Life on Earth and Elsewhere.