Toronto’s Luminato festival wound up this past weekend at the Sony Centre with three arresting performances of R. Murray Schafer’s monumental, Apocalypsis – a work that was premiered in London, Ontario, in 1980. Apart from a single performance of Part Two (the Credo) at Massey Hall in the late 1990s by SoundStreams, Apocalypsis has never received a complete second performance.

“Apocalypsis,” as the 82-year-old composer so succinctly puts it in the programme notes, “is a work in two parts. Part One describes the destruction of the world and Part Two suggests the birth of the new universe.” What he doesn’t mention is that the work (based in part on the Book of Revelation and Psalm 148) runs well over 2 hours without an intermission. As this is a spatial work and meant to wrap around the audience, part of the orchestral and choral forces were placed in the balcony of the Sony Centre with the audience taking up the main floor.

While Gustav Mahler’s gargantuan Symphony # 8 is known as the “Symphony of a Thousand”, it never actually uses forces of that size in performances. Schafer, in this case, does.  Included in his cast list are 25 named choirs (both amateur and professional), 12 string quartets, brass and percussion ensembles, organ, electronic tape (including a recording of the bells of the Salzburg Cathedral in Austria.) – together with a number of solo actors, dancers, singers, and performing artists. In all, it is somewhat awe-inspiring. 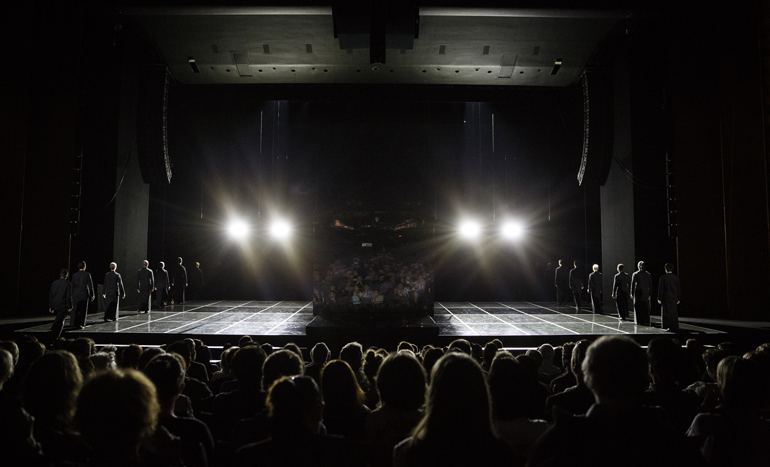 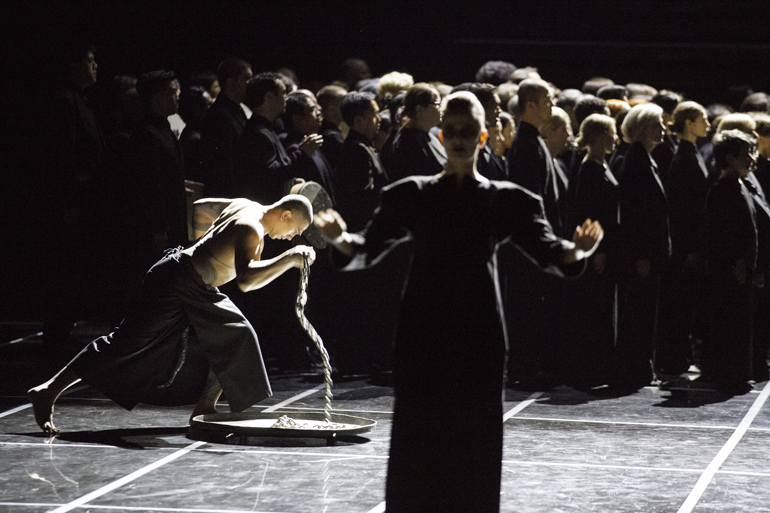 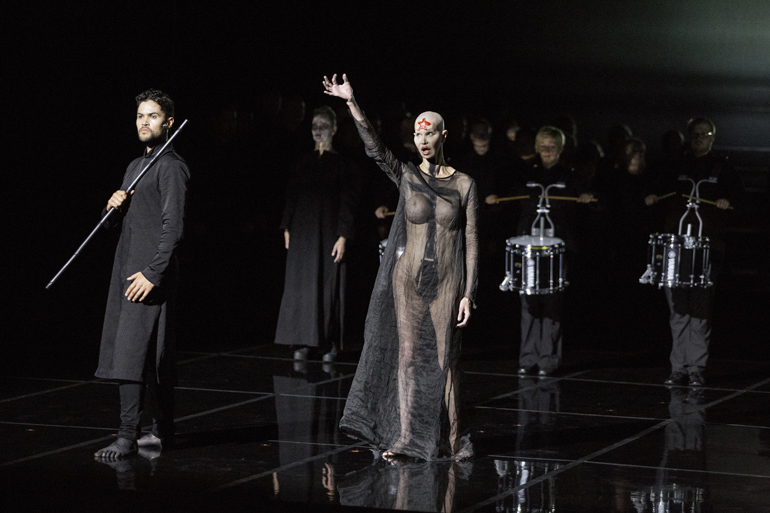 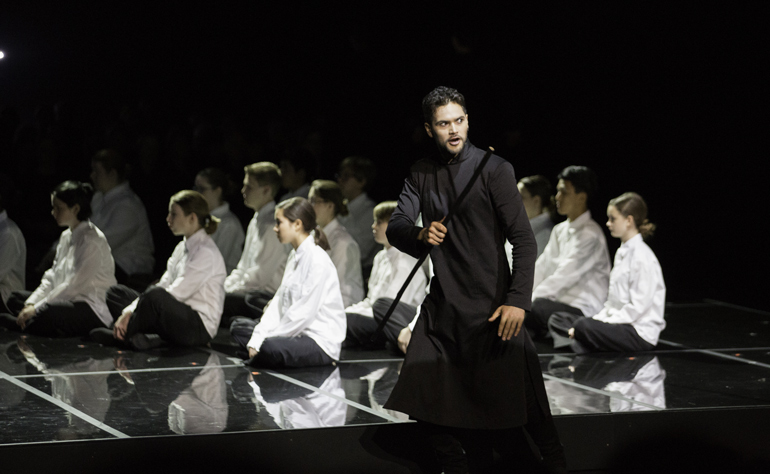 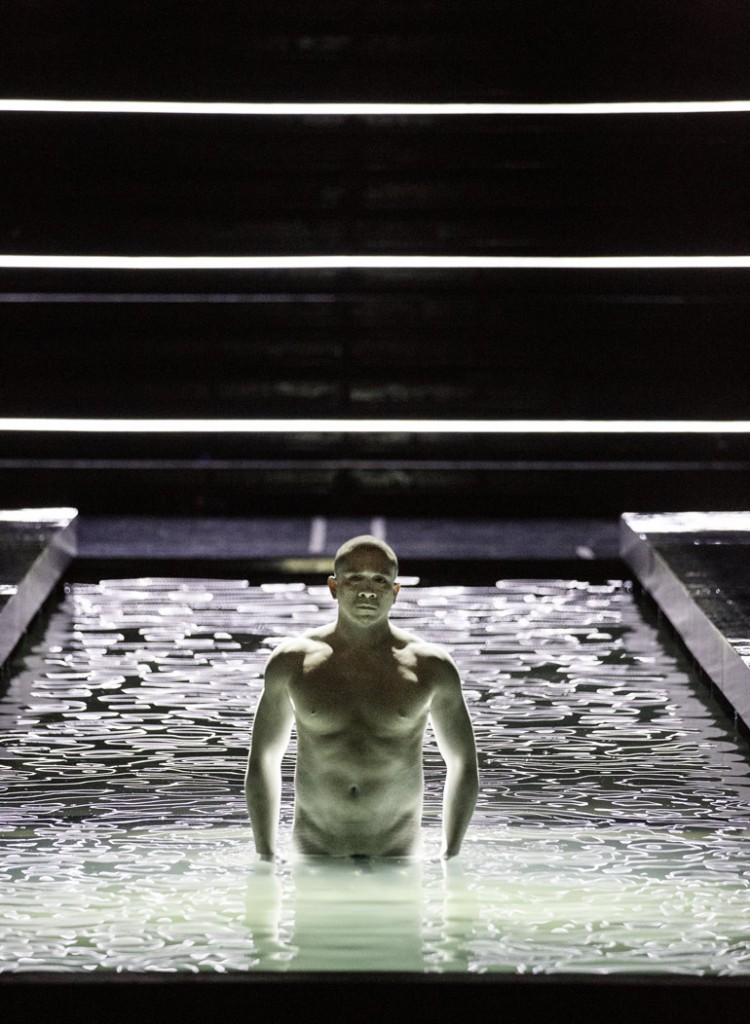 There were many highlights, including the treacherous, high vocal writing for four women (identified collectively as ‘Living Creatures’); the virtuosic throat singing of Tanya Tagaq; Helmi Prasetyo’s lifelike ‘beast”; Brent Carver’s Antichrist; et al. I found the final 15 minutes of the score to be the most moving, with its Mahlerian influences (such as the Abschied from Das Lied von der Erde).

Designed and directed by the gifted, multi-talented Lemi Ponifasio – a Samoan based in New Zealand – Schafer could not have found a more sympathetic colleague. Many of his stage images are simply unforgettable. Near the end of the Credo, after the apocalypse, a naked man slowly emerges from a pool of water. Cleansed. Reborn. A very powerful moment.

Another New Zealander, Helen Todd, had the Herculean task of lighting this event. This included not only lighting the stage and upper balcony, but the auditorium itself (as many performers were positioned in the aisles). The results were subtle and atmospheric.

At the helm was the seemingly fearless conductor, David Fallis, who together with his ‘flutter’ of assisting conductors, functioned as the Gorilla Glue holding everything together. Bravo!

This new Luminato production of Apocalysis – with its rumoured one million dollar plus price tag – has taken three years to plan and execute. No wonder the composer has had to wait 35 years to see a second complete production.

But what next? Given the costs and the logistic challenges of performing such work, what is its real future? Without the persuasiveness of the composer himself, who will champion the cause of the next production?Also with shrinking funding for the arts, can one justify such an expenditure?

While the production has raised many questions (and many eyebrows) I, for one, am glad to have experienced and shared in Schafer’s vision.