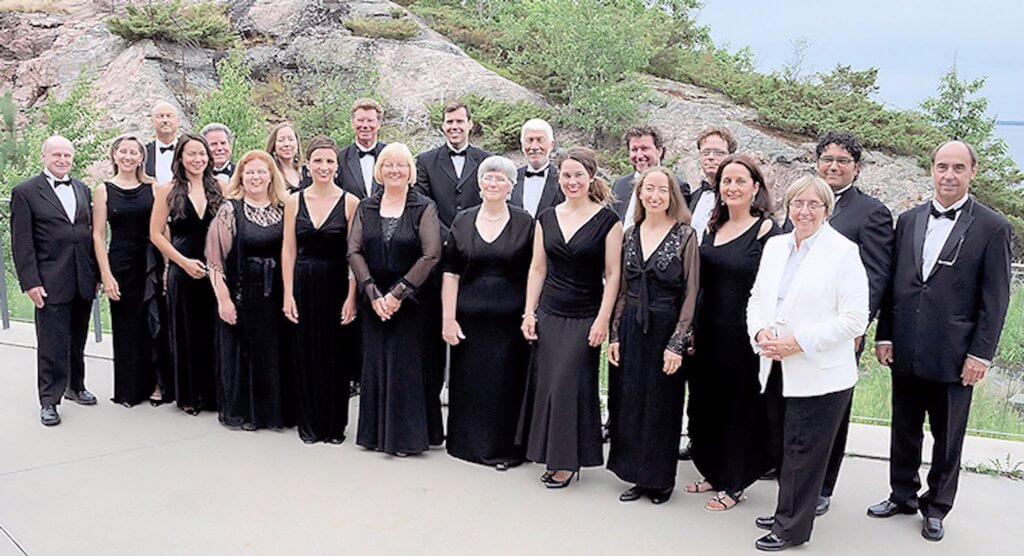 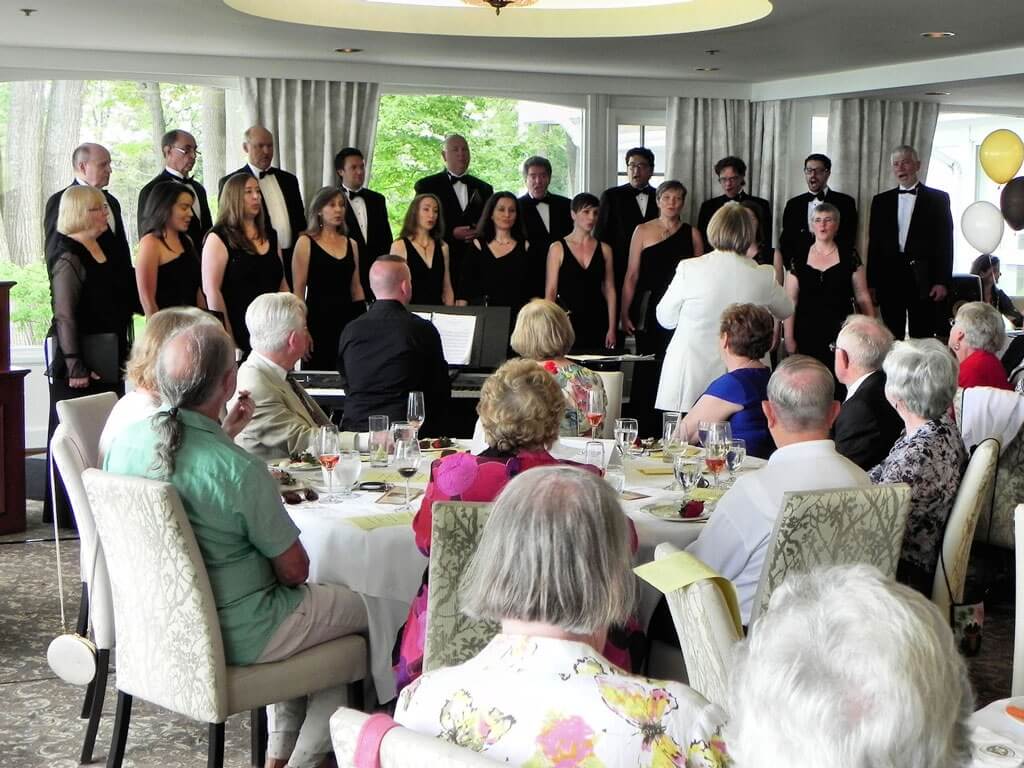 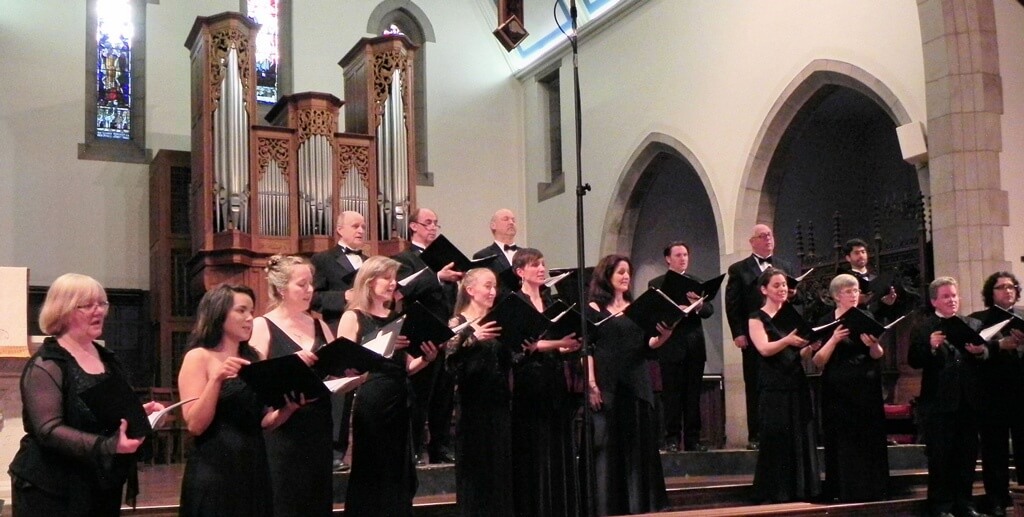 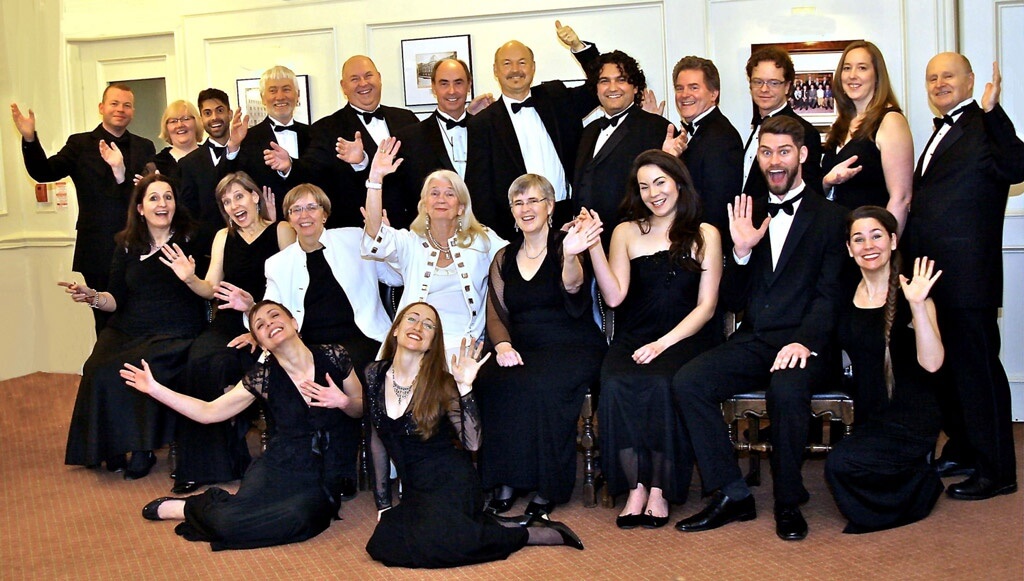 The Elmer Iseler Singers, conducted by artistic director Lydia Adams for the past 19 years, is a 20-voice professional choral ensemble based in Toronto. Founded by the late Dr Elmer Iseler in 1979, the Singers have built an enviable reputation throughout Canada, the United States and internationally through concerts, broadcasts and recordings — performing repertoire that spans 500 years, with a focus on Canadian composers.

In addition to its own five-concert subscription series in Toronto each season, the Elmer Iseler Singers regularly participate as guest performers with other musical organizations such as the Toronto Symphony and Esprit Orchestra.

Touring is also a major component of the Singers activities, with a seven-city Western Canada concert and workshop tour scheduled for April 19-29, 2017. In addition to the many workshops presented as part of their tour, the Elmer Iseler Singers annually sponsor choral workshops in Greater Toronto through their GET MUSIC! Educational Outreach Initiative for secondary school conductors and choirs that conclude with a joint public performance.

Lydia Adams, Conductor and Artistic Director of both the Elmer Iseler Singers and the Amadeus Choir, has been hailed by the Canadian Music Centre as “the new leading exponent of the Canadian choral composer”. She has been a national leader in commissioning, premièring, performing and recording Canadian choral works, as well as guiding her choristers in the performance of five centuries worth of choral masterpieces. An innovative programmer, Ms Adams has included over 50 new commissions in the past 15 years. Her own compositions are performed worldwide.

A native of Glace Bay, Nova Scotia, Ms Adams received her musical education at Mount Allison University, New Brunswick; the Royal College of Music and the National Opera Studio, London, England, where she worked closely with Sir David Wilcox. She has conducted choral works of Canadian composers including Somers, Freedman, Applebaum, Watson Henderson, Hatzis, Daley and Togni. She has toured extensively and guest conducted throughout Canada and the United States.

Recently, Lydia Adams was appointed Visiting Associate Professor in Choral Studies at Western University for the 2016/2017 season. She is the Artist Recipient of the 2013 Ontario Premier’s Award for Excellence in the Arts, and the 2012 winner of the Roy Thomson Hall Award of Recognition from the Toronto Arts Foundation.