Principal Librarian Gary Corrin takes us on behind the scenes tour of how scores get made and played at the Toronto Symphony Orchestra.

Gary Corrin, librarian at the Toronto Symphony Orchestra, is showing me how he loads the musicians’ folders when he stops to exclaim, “Oh wait, I should get my prop. I saw this at the post office – these rubber thumbs!” His enthusiasm is infectious even though he’s showing me what is one of his more routine tasks.

As he walks me through some of the other aspects of his job, it is clear that there is no typical day for Gary and the other librarian, Kim.  “Our job in here is to safeguard the Toronto Symphony’s most valuable asset which is the time of 80 people on stage, they’re all being paid by the hour, or the conductors flown in, or whatever.”  To ensure that rehearsals run smoothly with minimal interruptions, they spend about a third of their time making sure bowings are consistent to what the concertmaster and music director decide.  In addition to that detailed work, they focus on looking ahead and anticipating problems.

“We’re the first ones looking at the printed pages, so we have to tell the personnel department. In the old days it’s ‘you need a fourth trumpet’, now its ‘third stand of first violins has to play rattle and whip, the last stand plays whirly tube, and then the other person plays the wheel of fortune’, and you’ll see some of the bass players are hitting their instruments with timpani sticks. This is where you actually study the score, to know that information, because obviously that stuff is hard to solve at the last-minute. You get out on stage, and the conductor says ‘wait a minute, where’s your timpani sticks?’” 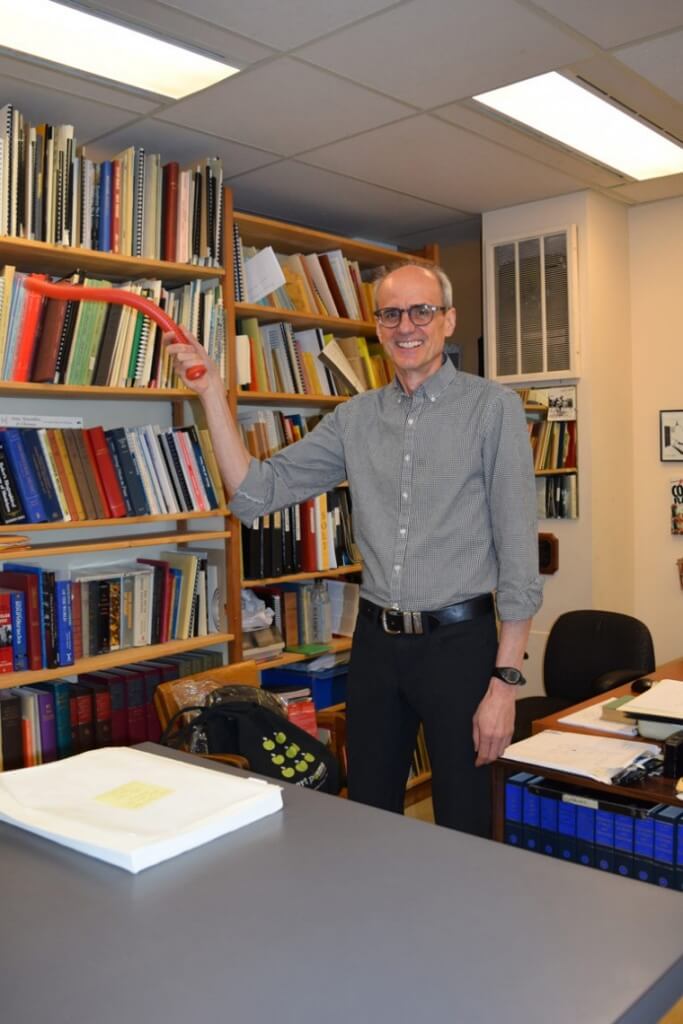 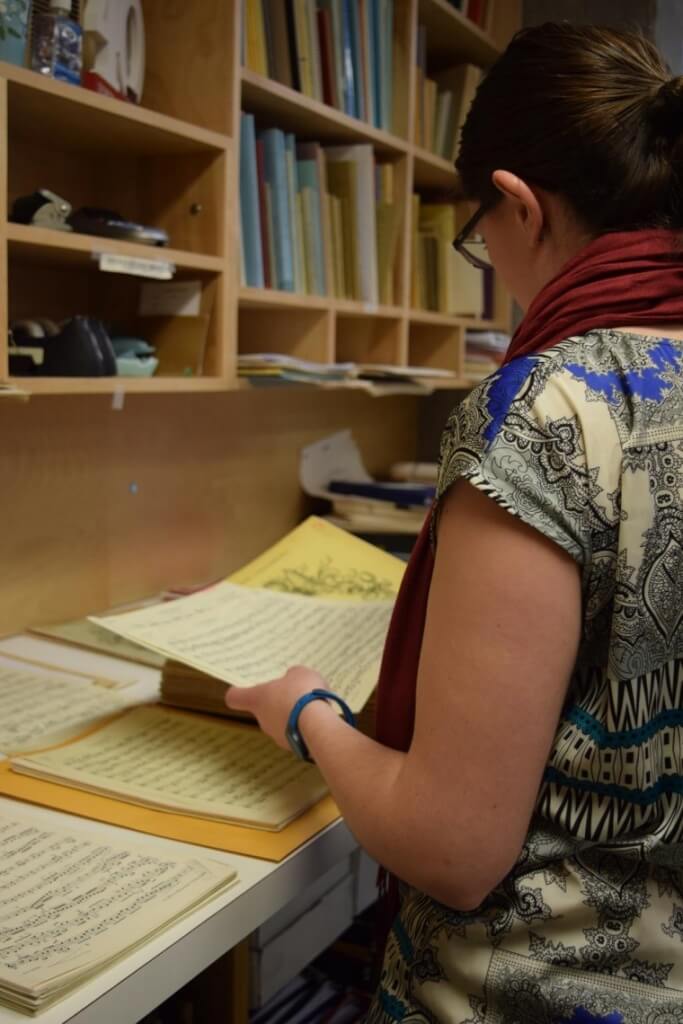 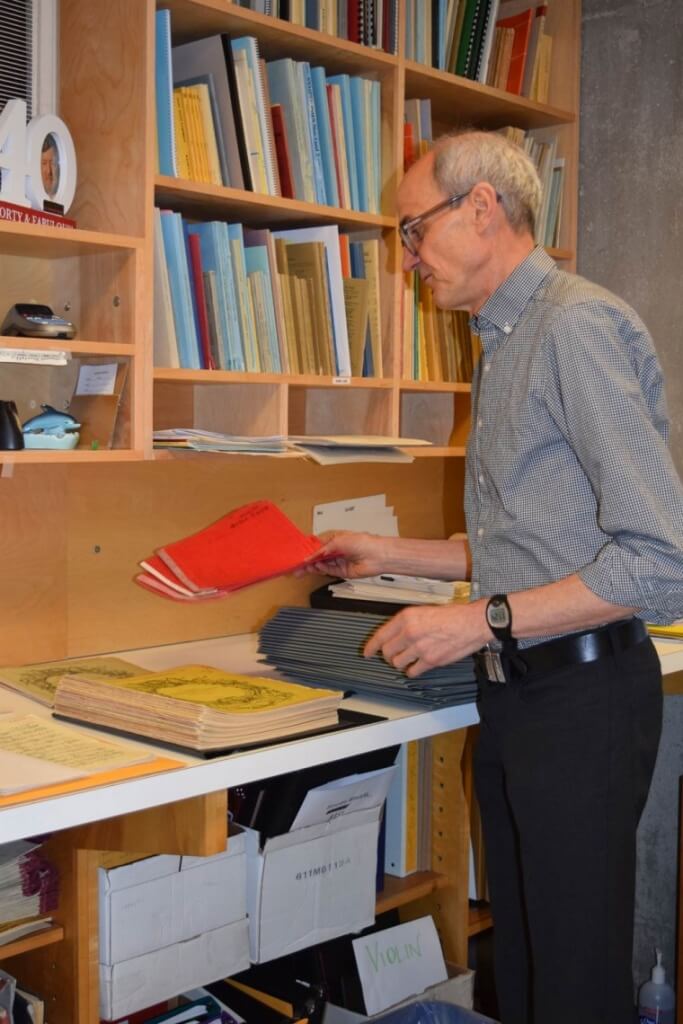 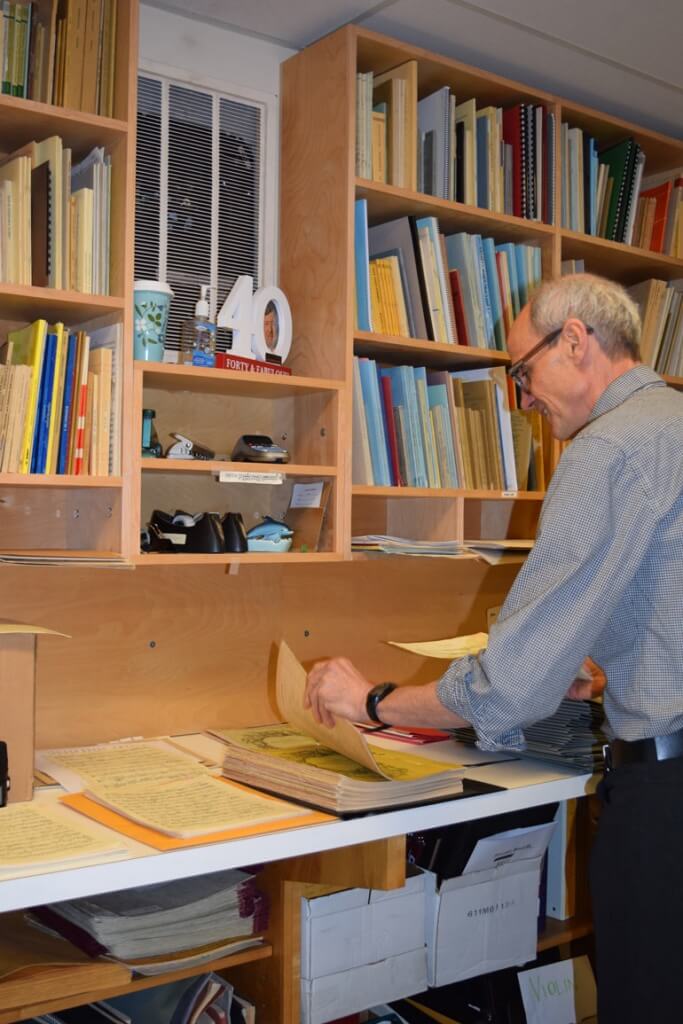 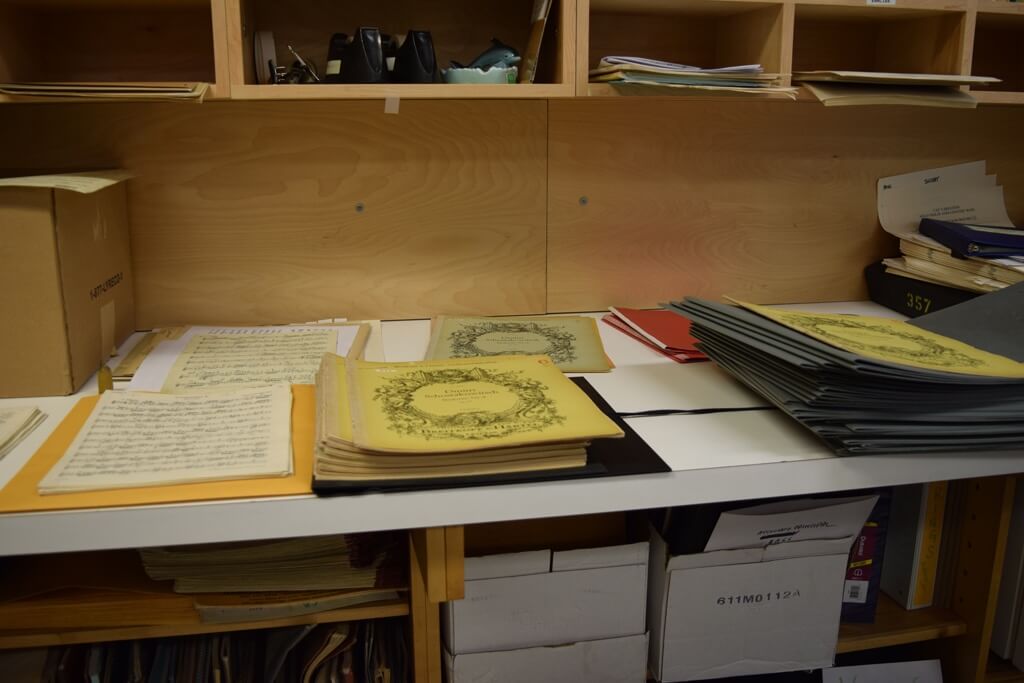 Somewhere along the line, Gary has also become the resident expert on whirly tubes as well.  A piece for the New Creations festival not only specifies whirly tubes, but it also specifies a specific pitch.  While it’s not entirely clear how Gary got put in charge of obtaining pitched whirly tubes, he seems to relish the challenge and is only a little bit incredulous: “Someone was coming in here, they were on their way to the library to get the whirly tubes, and they went ‘oh yeah’ as if, of course, the library, the library, has the whirly tubes”.

Gary’s career path is as interesting as his day-to-day work: “This is my 7th orchestra. I started as a clarinet player in Eugene, Oregon, in a little orchestra and the personnel manager said, ‘our librarian quit, who wants to do this?’ And I worked in the library, so I thought, ‘how hard can it be?’ And then I started learning… coincidentally I had a friend from high school who had just become a librarian with the San Francisco Symphony, so I thought, ‘whatever I don’t know she can tell me.’  The next time I was home I went down, and she took me to the San Francisco Symphony library and showed me, and I went ‘wow, there’s a lot to it!’ and I thought ‘holy cow!’  And ‘I’m good at that [stuff].’ There are fine clarinet players out there, and I’m a pretty good clarinet player, but you have to be really good. So I’m good at this, and that’s satisfying.”

“There is no degree program that teaches you how to become an orchestra librarian, so it’s really interesting to be connected with all my colleagues because we all bring diverse backgrounds, but you must have certain skills to do this job — you’ve kind of got to be organized.”

This mindset of sharing the workload based on individual skills will sound familiar to most people working in the arts.  For Gary, it meant that while he already had a strong grasp of what is necessary for musicians to rehearse with minimal interruptions, he did need to learn some aspects of the job:  “Everyone has their skills, and you build a team based on covering all the bases. I’m a clarinet player; I’m not a strong string player, so I had to learn some of the bowing stuff.”

In the collaborative environment of the orchestra, Gary knows he has colleagues he can rely on to help with tasks that are outside of his experience. While music is considered the universal language, scores can be written in any number of languages.  “French and German: you’ve got to kind of have those languages. There are Russians in the orchestra I can just go to and ask, I don’t read Cyrillic.”

At the end of the day, Gary and Kim are always working towards the same goal: to prepare the music for upcoming concerts and ensure the orchestra runs smoothly.

“The big picture is we turn the scheduled program into music. How complicated can that be? Very complicated.  When they’re rehearsing today, Kim and I are in here doing stuff for the future. And it can be like yesterday, I was looking at a commission for something we’re doing in June for rock band and orchestra, and ok here’s the delivery date for the score and parts and here’s the orchestra that its going to be written for and they’re asking me to vet this and say what problems I foresee.”

A music librarian’s job can be as complex as the music they prepare.  Gary is a prime example of the kind of forward-thinking and resourceful person who thrives in what is a surprisingly fast-paced environment.  Between preparing the music (and whirly tubes) for upcoming concerts, he’s also packaging sheet music to be shipped internationally back to publishers, responding to the immediate needs of orchestra members, coming to the rescue with extra guitar picks, or repairing older scores with surgical tape, among other things. By the end of my tour of the library, one thing has become clear: there is no such thing as a typical day for the librarians at the Toronto Symphony Orchestra.