Tchaikovsky was a sensitive Taurus, Hindemith a resourceful Scorpio. The signs of the astrological zodiac and the composers who fit the bill.

Capricorns are known for being upstanding, responsible citizens. Disciplined, traditional, with a serious streak, Capricorns are independent and good leaders. They’re smart and exacting in the work that they do, and include some of the most celebrated composers in classical music.

Frances Jean Marcel Poulenc (7 January 1899 – 30 January 1963) exemplifies a Capricorn’s industrious independence: he was mostly self-taught after his parents did not support his musical ambitions. While most of his best-known works are light-hearted, his serious side came through in his later religious works.

Others: Alexander Scriabin and Giacomo Puccini. 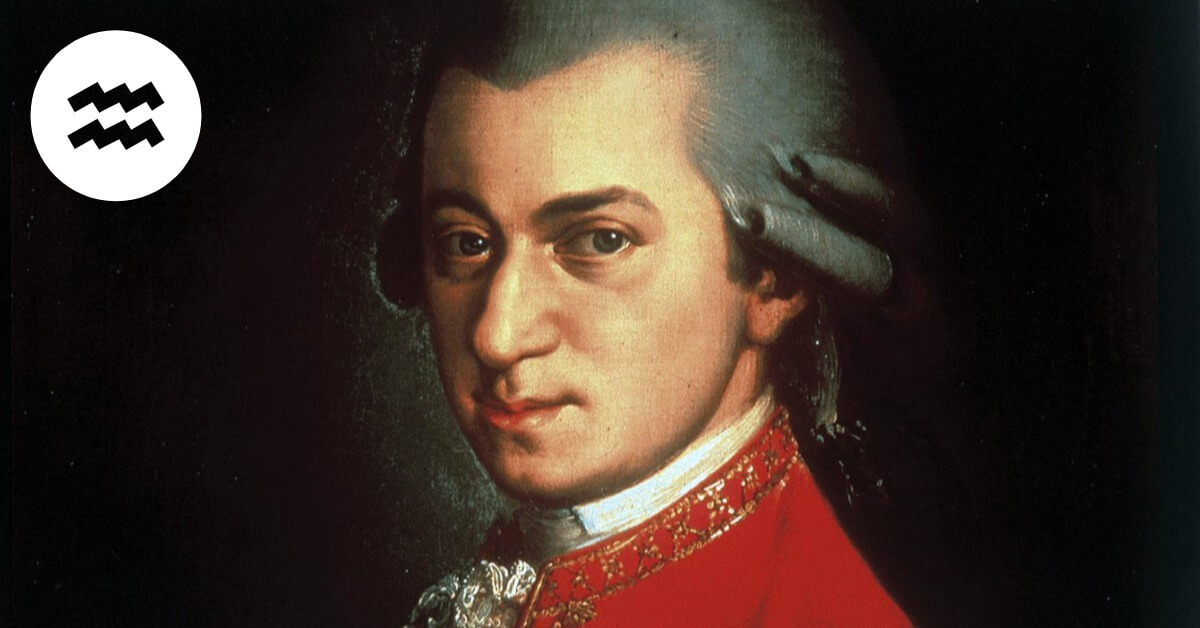 Aquarius (Aquarii?) march to the beat of their own drum. They can be eccentric, introspective, intellectuals who also love to take on energy that surrounds them. Don’t let an Aquarius get bored though, they need motivation to achieve their best results.

You’re in good company with a number of great composers, but no one fits the description as well as Wolfgang Amadeus Mozart.  As a child prodigy, travelling around Europe would have provided Mozart with lots of mental stimulation to motivate him and improve his skills as a pianist and composer.  With his strong independent streak, Mozart resigned from his position working for the Archbishop Colloredo and pursued a career as a freelance composer in Vienna.

Pisces are empathetic, artistic, and friendly people.  They often express a desire to escape reality, with a strong imagination that likes to romanticize the future.

While they might not seem it now, George Frideric Handel’s (23 February 1685 – 14 April 1759) music was utterly dramatic in his day.  His compassion and empathy shine through his expressive music that is still popular today.  Pisces are very likeable — in fact Handel was so well-liked that the British Parliament passed an act to make him a naturalized British Citizen in 1727.

Others: Morten Lauridsen and Giacomo Rossini. 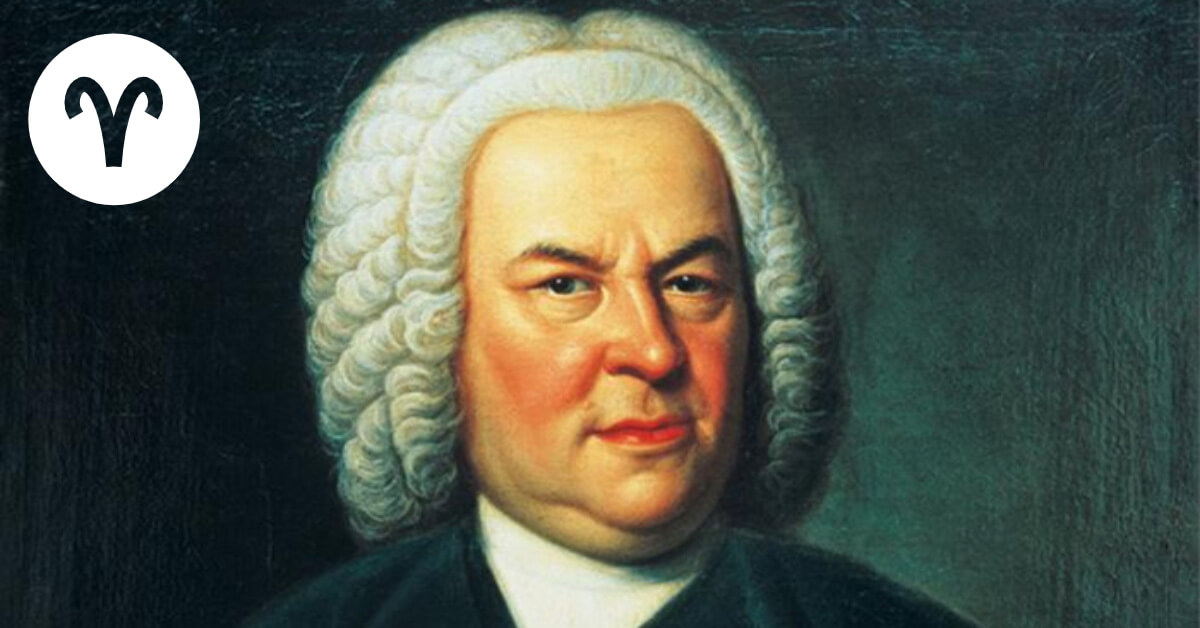 Aries have some of the strongest personalities out there. They’re confident, enthusiastic, and determined.  They love to be the first in everything, and can be prolifically productive.

Taurus’s like to be surrounded by beauty. While they’re known to be reliable and sometimes a little conservative, they’re also prone to flights of fancy and revel in sensual pleasures.  They can also be stubborn, and will stick it out through a tough situation if they believe the payoff will be worth it.

Pyotr Ilyich Tchaikovsky’s (7 May 1840  – 6 November 1893) ballets are the perfect example of a Taurus’s sensual side.  Who else could create music so evocative of sugar and candy?  His career also shows the tenacious side of Taurus – there were few opportunities for composers in Russia at the time, and he was one of the first Russian composers to gain a reputation outside of Russia.

The famous twin sign – Geminis have lots of moods that almost seem to be different personalities.  They love to learn and are very curious, and their affectionate side makes them great friends! Geminis crave novelty and fun but can switch from being lighthearted to serious very quickly. 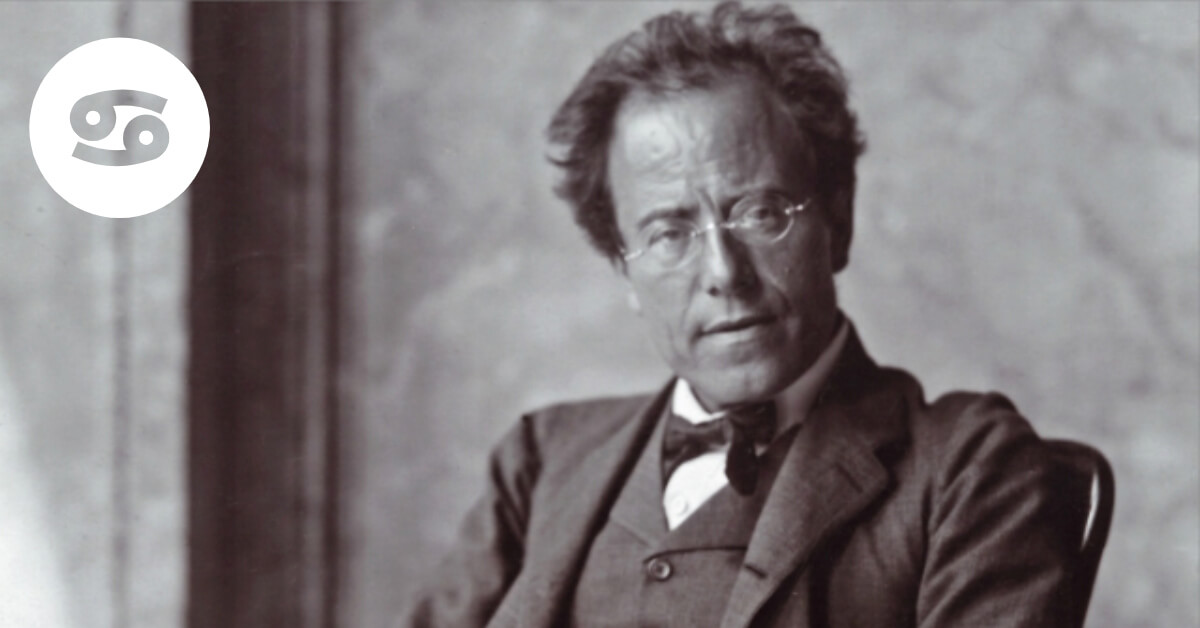 Sensitive Cancer’s keep their friends close and their mothers closer. They’re super loyal, sympathetic and persuasive, but they can have a bit of a dark and moody side.  At times they can be reluctant to share details of their private life, but once you get to know them they love good times spent with friends.

Percy Grainger was a cancer to a hyperbolic degree.  Fiercely loyal to his native Australia, his music was vividly imaginative. Oh, and he was also rumoured to have an incestuous relationship with his mother… and he was into some pretty weird sex stuff that only came to light when researchers opened a box that he directed to be kept in a bank vault until 10 years after he died. (Talk about keeping your private life private!)

A more mainstream Cancer, Gustav Mahler (7 July 1860 – 18 May 1911) shows the sentimental nature of cancer in his writings, he took inspiration from many sources to reflect his nostalgia for childhood. His serious and moody side makes an appearance in many of his compositions, and that’s part of what makes them so powerful.

Others: Leroy Anderson and Carl Orff.

Charismatic Leos are born to lead. With a creative streak, passionate Leos often excel at anything they put their minds to.  They’ve got a strong sense of humour and love to collaborate, but don’t like being ignored or being along for too long.

Claude Debussy (22 August 1862 – 25 March 1918) wrote much of his music as a reaction against the popular German-style of music during his lifetime, becoming one of the first ‘impressionist’ composers even though he disliked the term.  As one of the most prominent French composers, Debussy fits the description of a Leo as being ‘King of the Jungle’ and forging their own path.

Others: Edward Gregson and Bennedetto Marcello.

Sometimes a little too self-critical, Virgos are hardworking and practical.  They’re kind-hearted and love the small organizational details found in nature.  They love rationality and can be uncomfortable when unpredictable emotions surface.

Anton Bruckner (4 September 1824 – 11 October 1896) is famous for his self-criticism, reworking his own compositions and inviting others to do the same so much that it created ‘The Bruckner Problem’.  ‘The Bruckner Problem’ is that there are so many versions of his music that no one is really sure which is the final version.  Bruckner was also very humble and a little bit shy – a classic Virgo. 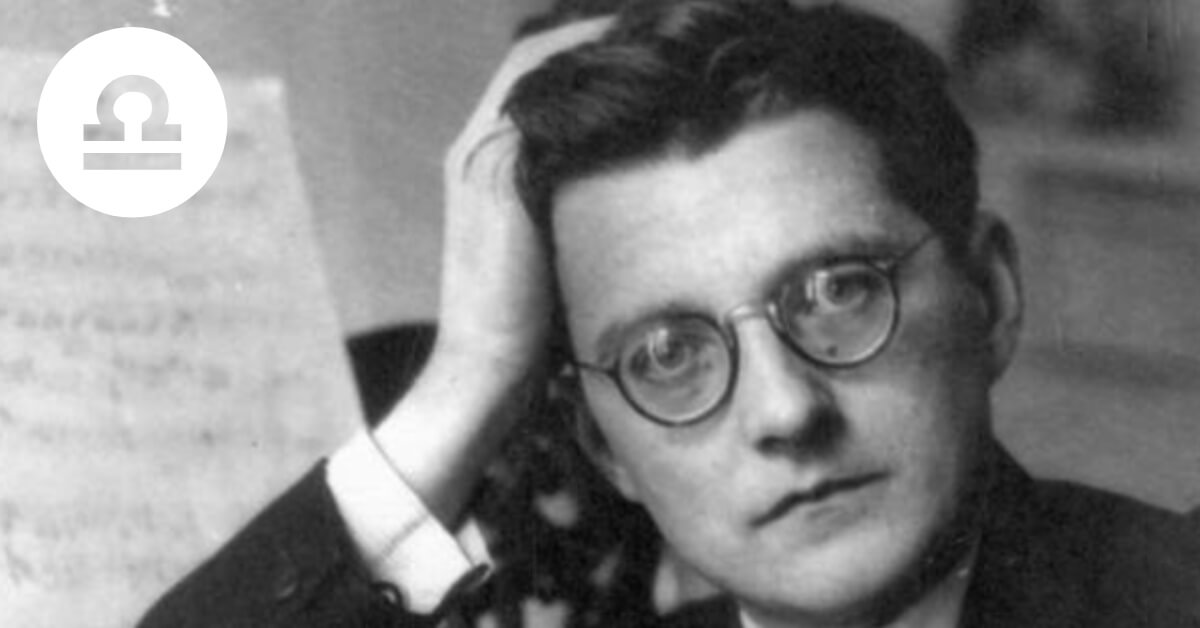 Diplomatic Libras are social and gracious. While they hate conflict, they aren’t afraid to hold a grudge, but that weakness is more than compensated for with Libras love of sharing, harmony, and the outdoors.  Even though Libras are cooperative and diplomatic, don’t expect them to blindly conform to the status quo.

No-one exemplifies the tension between a Libra’s reluctance to conform and their diplomatic side better than Dimitri Shostakovich (25 September 1906 – 9 August 1975).  He managed to navigate the incredibly difficult political situation in Soviet Russia throughout his life, and although he did fall out of official favour more than once, he always managed to bounce back.

Others: George Gershwin and Giuseppe Verdi.

Stubborn Scorpios are passionate and resourceful.  Even though at times they can be a bit jealous and secretive, once you earn their trust, they are a true friend.  They value facts and truth, and care deeply about their longtime friends.

Paul Hindemith (16 November 1895 – 28 December 1963) is a true friend to pretty much every kind of musician out there — having written a solo sonata for every orchestral instrument, and music for organ, piano, voice, and even wind band.  He lived through some of the most turbulent events of the 20th century, and his success is a sure sign of his Scorpio resourcefulness. 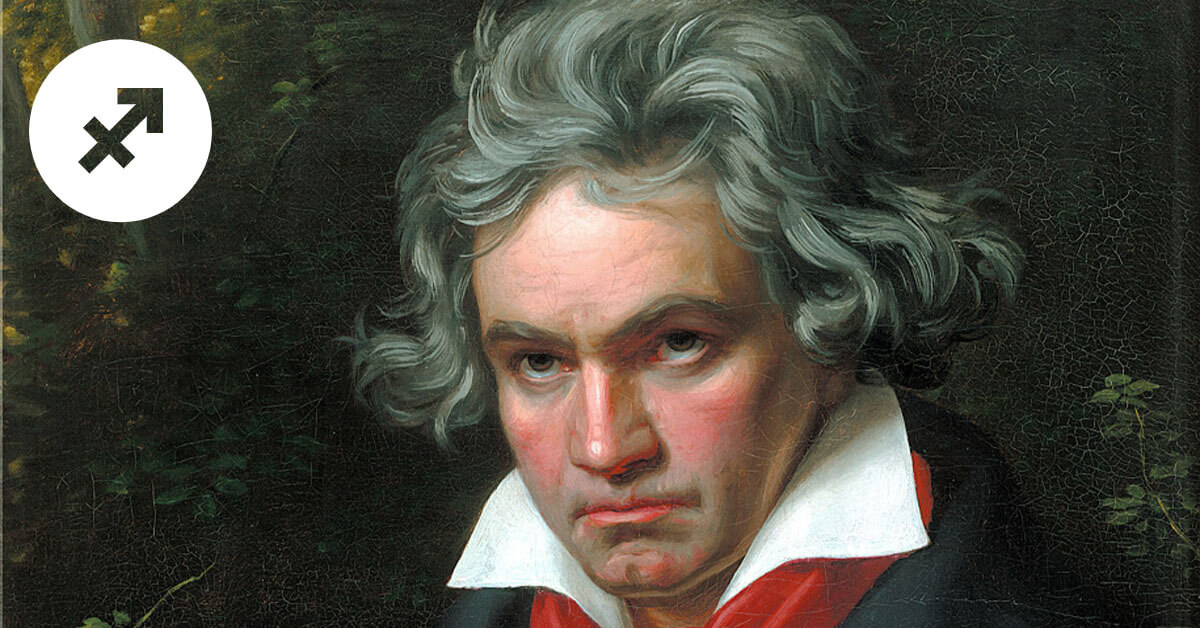 With a big heart and a bit of wanderlust, energetic Sagittarius’ relentlessly pursue their goals even when they seem unattainable to those around them.  They have a great sense of humour, but can be very impatient when they face constraints.

While Ludwig van Beethoven (baptized 17 December 1770 – 26 March 1827) is the obvious choice for a Sagittarius composer, Louis Prima better fits the energetic and humorous description of a Sagittarius (plus, we all know about Beethoven already, right?). Prima (December 7, 1910 – August 24, 1978) was a playful man of many talents. His various projects shaped the jazz and swing music scenes throughout the 1900s. His sense of humour is evident in his role as King Louie in the Jungle Book and his original songs like “Please No Squeeza Da Banana”.

Latest posts by Michela Comparey (see all)
Share this article