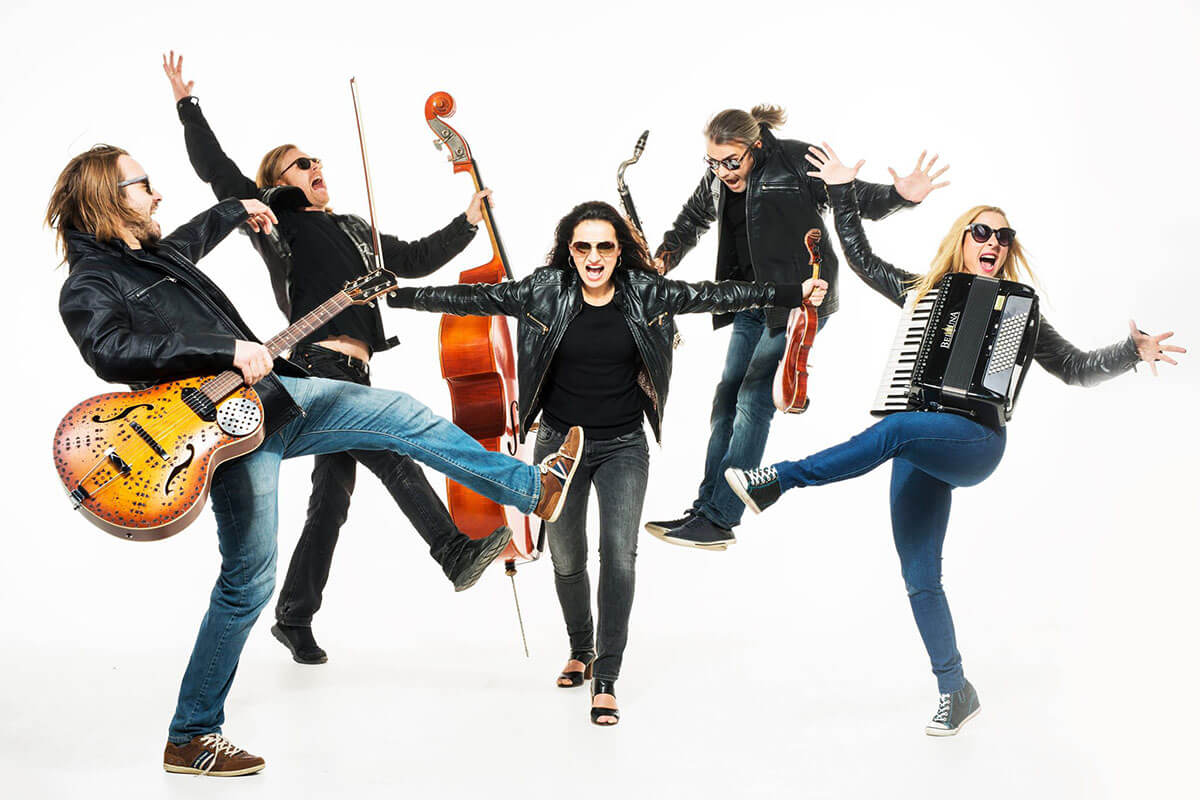 For nearly 20 years now KLEZTORY has wandered across the globe playing klezmer music. Like the music itself, KLEZTORY takes its musical influences from the band members who have come together from across the world. Although deeply rooted in the Jewish tradition KLEZTORY takes the liberty of adding their own personality and infusing their arrangements with hints of jazz, a touch of classical, or a few drops of the blues. From China to Brazil, from Norway to Mexico, across Eastern and Western Europe, KLEZTORY would like to take you along on a voyage to see, hear, feel and experience life and music with them.

Originating in villages and ghettos where nomadic Jewish musicians known as “klezmorim” performed at weddings and other celebrations, klezmer music has been played from the early middle ages until the beginning of the twentieth century. The Jews who emigrated to America in the 1880s to early 1900s brought klezmer music with them. In the New World, klezmer was heavily influenced by early jazz and swing, and the style continues to evolve. Klezmer’s distinctive sound blends artistic virtuosity with numerous tempo changes, irregular rhythms, dissonance, and an element of improvisation.

Similar to the music they perform, KLEZTORY is a rich mosaic of cultures (Russian, Canadian, Quebecois and Moldavian) musical training (academic and self-taught) and musical tastes (classical, contemporary, jazz, blues, country and folk). Combining their talents, these musicians perform with an emotion and a virtuosity that is the true spirit of klezmer. Through the use of innovative arrangements that are respectful of the original compositions, KLEZTORY has forged a unique and yet authentic musical path.