Composition is most often lonely work, completed sequestered in your studio. It’s not surprising that, throughout the history of Western classical music, many composers have found and supported each other in various ways through friendship.

Here’s a look at some of the significant friendships that influenced the music we listen to today.

It may be hard for modern audiences to grasp, but Telemann was the superstar as compared to his contemporary and sometimes rival J.S. Bach. Famous from the age of 17, he was chosen as Kantor of the Thomaskirche in Leipzig over Bach in 1722. The two first met while Telemann was working in Eisenach and Bach was in nearby Weimar. Documents show that Bach made some arrangements for Telemann’s pieces, and there is a manuscript of Telemann’s in Bach’s handwriting. Telemann became the godfather and namesake to Bach’s son Carl Philipp Emmanuel. Telemann also corresponded frequently with Georg Handel. In 1750, Handel sent him a package from London with “a crate of flowers, which experts assure me are very choice and of admirable rarity”. CPE Bach took over the position of Kantor in Hamburg after Telemann’s death in 1767.

The relationship between two giants of the Classical era isn’t as well documented as some. But, what is known suggests that they respected each other’s work, and that Haydn was a mentor in a low-key capacity to the younger man. Mozart dedicated six of his string quartets to Haydn (K. 387, 421, 428, 458, 464, 465), after all. Haydn once said of Mozart, “I have often been flattered by my friends with having some genius, but he was much my superior.” When Mozart died, he wrote, “For some time I was quite beside myself over his death, and could not believe that Providence should so quickly have called away an irreplaceable man into the next world.” He also offered Mozart’s young son music lessons when he got old enough.

Strictly speaking, the relationship between Strauss and Mahler may not have always been a friendship per se. The two did, however, share a mutual respect. Both were outsiders to Vienna’s inner circle, and were more famous as conductors than composers in their day. The two met in 1887 in Leipzig, and socialized with their spouses, despite the fact that they were quite opposite in character. Alma Mahler wrote, “They enjoyed talking to one another, as they were never of one mind.” Despite their differences, they supported each other’s work. Mahler, as director of the Vienna State Opera, promoted Strauss’ operas and defended Salome after censors barred a performance. Strauss likewise frequently programmed Mahler’s work. Mahler once said, “Strauss and I tunnel from opposite sides of the mountain. One day we shall meet.”

Vaughan Williams and Holst met while they were students at the Royal College of Music in 1890. Their friendship would span four decades, a relationship that influenced their work. Vaughan Williams wrote about it in 1954. “Holst used to say that he cribbed from me: I could never perceive this myself. But I could give you chapter and verse of the places where I have borrowed from him… Composers whose thoughts run on parallel lines, especially if they are master and pupil, or even great friends, will often find that the lines converge and become identical. This, I hope will explain my borrowing from Holst, and I am indeed, not ashamed, but proud of it.”

Zoltán Kodály and Béla Bartók were only a year apart in age. They discovered shared passions while working together on a project to document Hungarian folk music on phonograph cylinders. The two co-published a series of Hungarian folk songs written for voice and piano in 1906. The experience influenced both composers in different ways. In 1911, both of them professors at the Academy of Music in Budapest, the pair founded the New Hungarian Music Society. Later, in 1919, both were expelled from the Academy for political reasons. The two friends consistently advocated for each other’s work through a lifelong friendship. In the video: Zoltán Kodály: Hungarian Folk Music, accompanied by Béla Bartók at the piano, recorded December 1928 with Mária Basilides, contralto.

Johannes Brahms was on his debut concert tour in 1853, age 20, when he first met Joseph Joachim. Though he was only two years older, virtuoso violinist Joachim was already famous, and the Concertmaster at the Court of Hanover. Joachim became Brahms’ mentor after the two were introduced by Robert and Clara Schumann. Brahms became close to the couple, as well as to Joachim. Schumann helped to formally launch his career, and Brahms would later support Clara after Robert’s death. Joachim would go on to conduct as well as play Brahms’ work. Even during a bitter four-year rift in their relationship, after Brahms’ became mixed up in Joachim’s divorce, he continued to play and promote his music. Brahms wrote his Double Concerto by way of an olive branch, and the two reconciled.

Brahms was on a jury awarding financial support to needy but talented composers when he came across a submission from Antonín Dvořák. According to accounts of the time, he was “visibly overcome” by what he saw. He made sure Dvořák’s pieces went to his own publisher (Simrock). Simrock would go on to commission Dvořák’s popular Slavonic Dances. The younger composer was grateful, and kept in contact with Brahms over the years. Brahms became a professional mentor, and he even volunteered to edit and proofread for Dvořák on his famous trip to America. The Czech composer wrote that he didn’t quite understand, “[…why he would] take on the very tedious job of proofreading. I don’t believe there is another musician of his stature in the whole world who would do such a thing.”

Benjamin Britten was 22 years old when he first heard the work of Dmitri Shostakovich on the occasion of a performance of Lady Macbeth in 1935. Britten was impressed, but, it would be another quarter century before he’d meet in person, and it was at the British premiere of Shostakovich’s Cello Concerto No. 1, performed by Mstislav Rostropovich. Shostakovich couldn’t help but notice Britten vibing to the music, and he introduced Britten to Rostropovich after the concert. The three would become good friends who supported each other. Shostakovich once praised Britten’s music for its “strength and sincerity… its surface simplicity and the intensity of the music’s emotional effect.” They also dedicated works to each other. In the video: Mstislav Rostropovich, cello & Benjamin Britten, piano, play Shostakovich: Cello Sonata in D minor, Op. 40 – recorded at Parish Church, Aldeburgh, 14 June 1964.

Harrison and Cage both grew up in California, Cage in LA to Harrison’s Bay area. The pair met in San Francisco in the late 1930s. Both were working with dance companies, which led to discovering a shared interest in percussion-oriented composition. The two friends would scour the city’s used and vintage shops for found objects they could use as percussion instruments. They performed together in 1940, and then co-composed Double Music, a quartet for percussion, in 1941. The composers divided the task, with Cage taking parts 1 and 3, and Harrison the other two. After his death, Harrison wrote, “We were very close friends, and visited almost daily… John was a very entertaining man. We got along very well. In fact, I never had an altercation with John.”

Both Rimsky-Korsakov and Mussorgsky were born near Saint Petersburg, Russia, on land their families owned. Composer Mily Alexeyevich Balakirev first introduced the two, and they became part of the collective known as The Five along with César Cui and Aleksandr Borodin. The two became fast friends. Russian critic Vladimir Stassov wrote about living near the two composers, who at the time “were still young men living together in one room…The piano could be heard, and the singing would start, and with great excitement and bustle they would show me what they had composed the previous day, or the day before or the day before that — how wonderful it was.” Venedict Yerofeyev’s poem Moscow-Petushki tells the story of Nikolai picking his drunk buddy Modest out of a ditch.

In 1928, just before he wrote Bolero, Maurice Ravel traveled to America for a four month concert tour. He’d go to 20+ cities, including Toronto, Vancouver, Chicago and New York City. Alongside performing his work for American audiences, Ravel was eager to explore his growing passion for American jazz. He went to a performance of Gershwin’s Funny Face, and told companions he was “enchanted”. Ravel celebrated his 53rd birthday in NYC, and at a party hosted by mezzo-soprano Éva Gauthier, Gershwin was one of the guests. Gershwin ended up playing an impromptu versin of Rhapsody in Blue, along with other work. The two composers discovered a mutual admiration, and Gershwin spent several nights with Gershwin in Harlem jazz clubs, where he heard Duke Ellington and others. Ravel left with jazz influences that would turn up in his work. Gershwin visited Paris later in 1928, and was inspired to write An American In Paris.

The two masters of American classical music met each other at a dance recital in New York City. Bernstein was a 19 year old junior at Harvard, and he played Copland’s Piano Variations. Copland, 18 years older, told his companions, “I wish I could play it like that.” A few years later, the two met again, and began corresponding with each other. Bernstein asked if he could study composition with the older man, and while that relationship was never formalized, Copland often offered his feedback on Bernstein’s work. Bernstein wrote to Copland in 1942, “There can never be one closer to me than you are.” Copland also counselled him on his conducting career, and helped to promote him as a conductor. Their personalities also differed greatly, Bernstein being a sociable extrovert who complained of Copland’s propensity to hide his true feelings. Still, they remained friends. In the video: Leonard Bernstein conducts the New York Philharmonic in works by Aaron Copland, 1961. 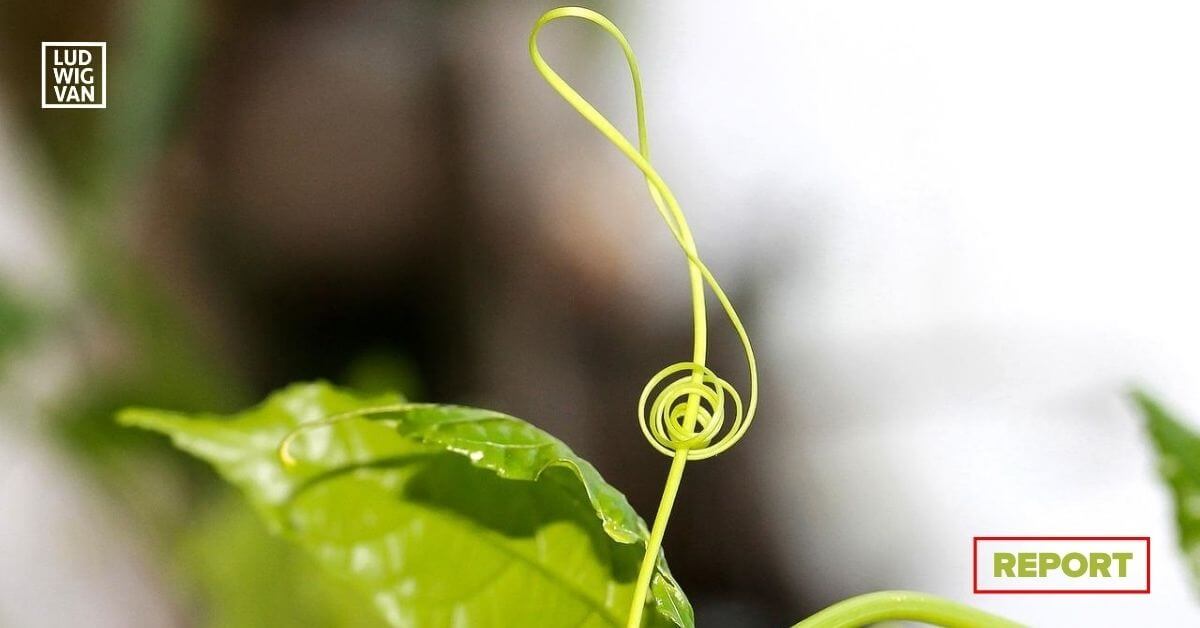 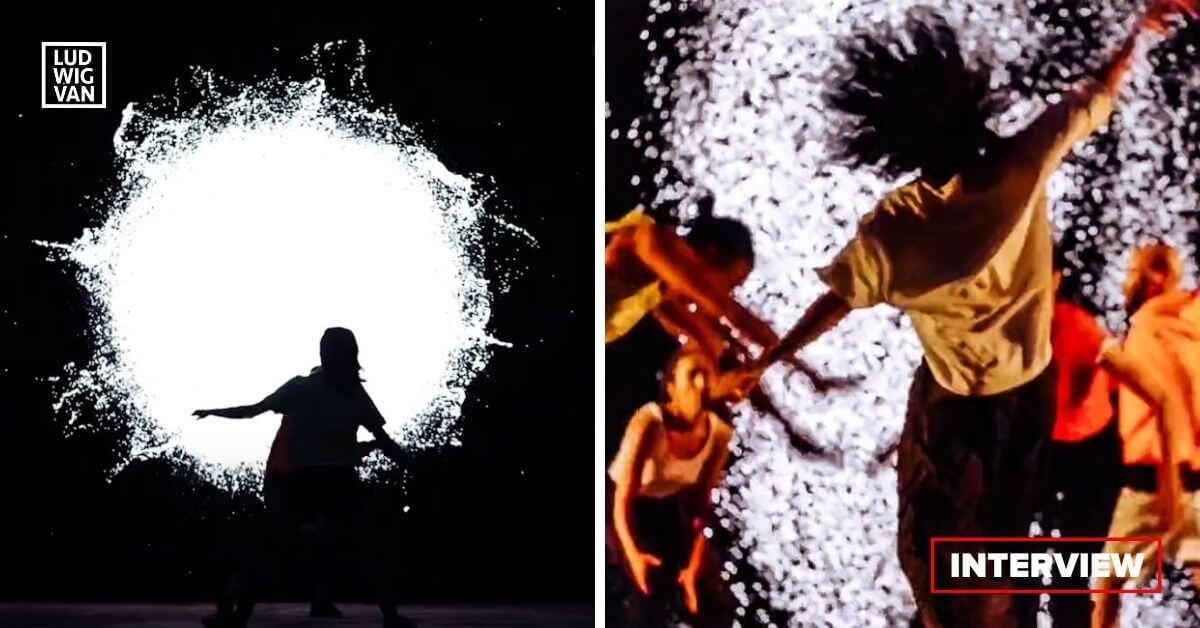 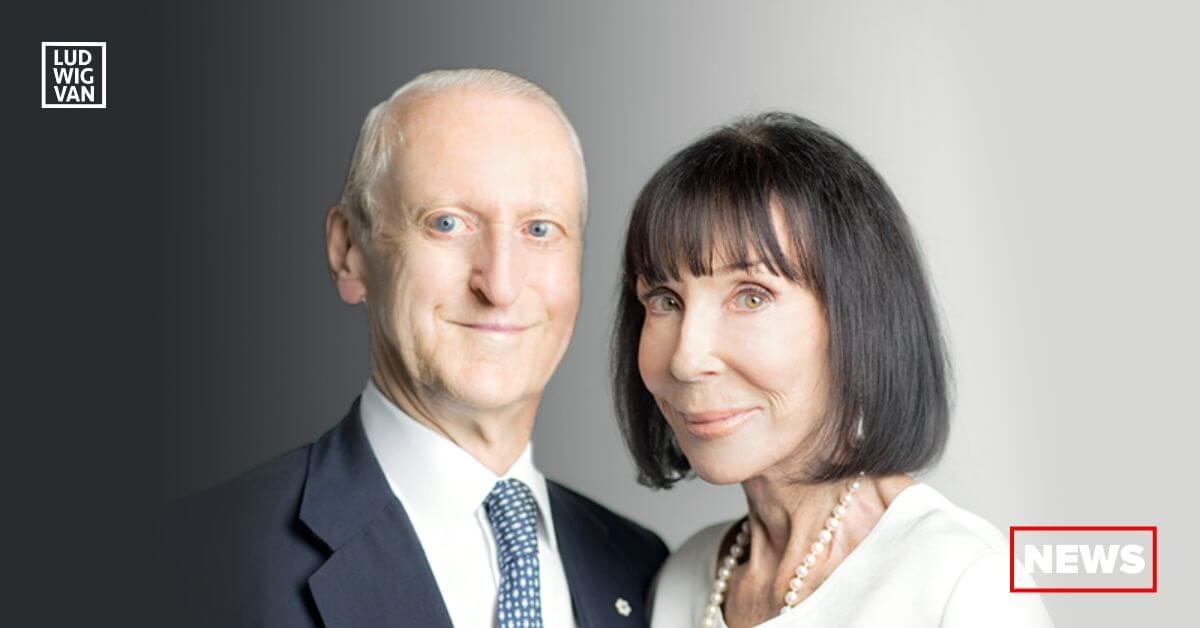