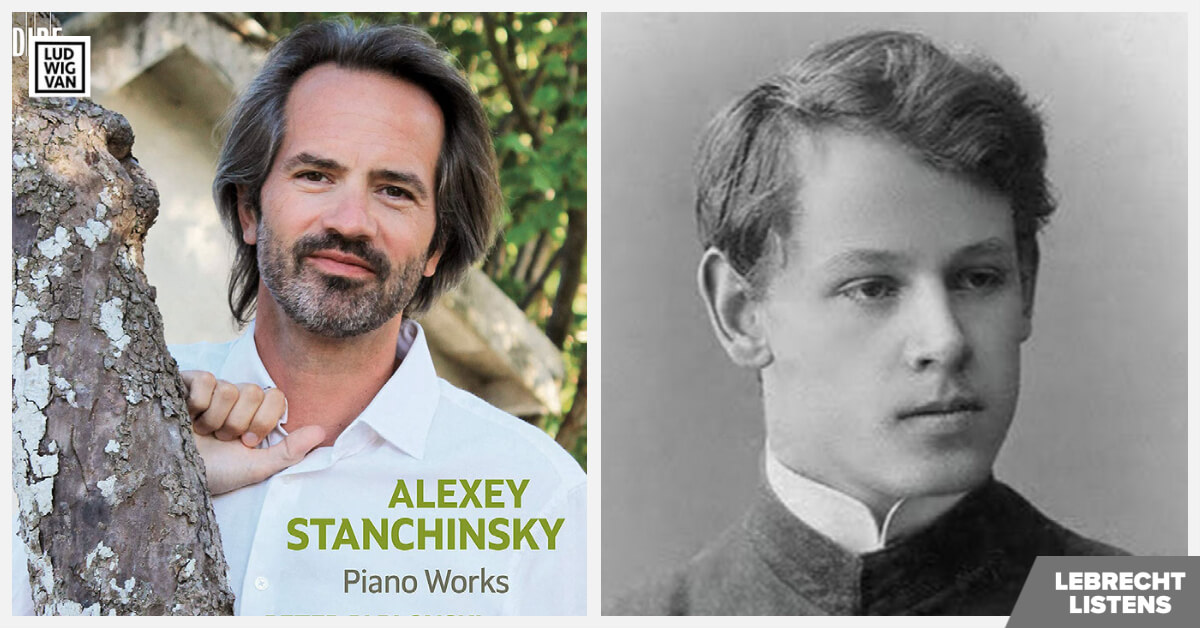 In the evolution of Russian music, Stanchinsky is the great might-have-been. A student of Sergey Taneyev and Alexander Grechaninov, he was introduced to Tolstoy as the next Russian genius, only for his mental health to collapse in the midst of a double family crisis. After his father died in 1910 when Stanchinsky was 21, his mother refused to let him marry his pregnant lover, daughter of the estate manager. Suffering depression and hallucinations, Stanchnsky was taken around all the best nerve doctors in Russia and developed a habit of burning any new works he set on paper.

In March 1914 he gave an epochal recital in the small hall of the Moscow Conservatoire. Six months later, while secretly trying to visit his lover and their son, he fell into a river and died, aged 26. The cause of death was recorded as a heart attack, though suicide cannot be ruled out.

Despite his pyromania, a large body of solo piano works survives, headed by an 11-minute sonata, dated 1906. The Swedish pianist Peter Jablonski is making it his mission to recover this unknown music. His album is impressive as much for the intelligence of his playing as for the substance of the music.

Stanchinsky occupies a tonal territory midway between Rachmaninov and Scriabin, an amalgam of suppurating misery and crackpot visionary. Most of his focus is on the left-hand lower reaches of the piano and it’s hard to imagine he had much fun. But just as you’re about to give up, the gloomy fellow delivers something like a Scott Joplin ragtime riff in a sudden mood swing. I am not sure I could sit through a full evening’s recital, but Stanchinsky deserves inclusion in any survey of Russian pianism, and Jablonski gives really fervent account of this misfiring genius.