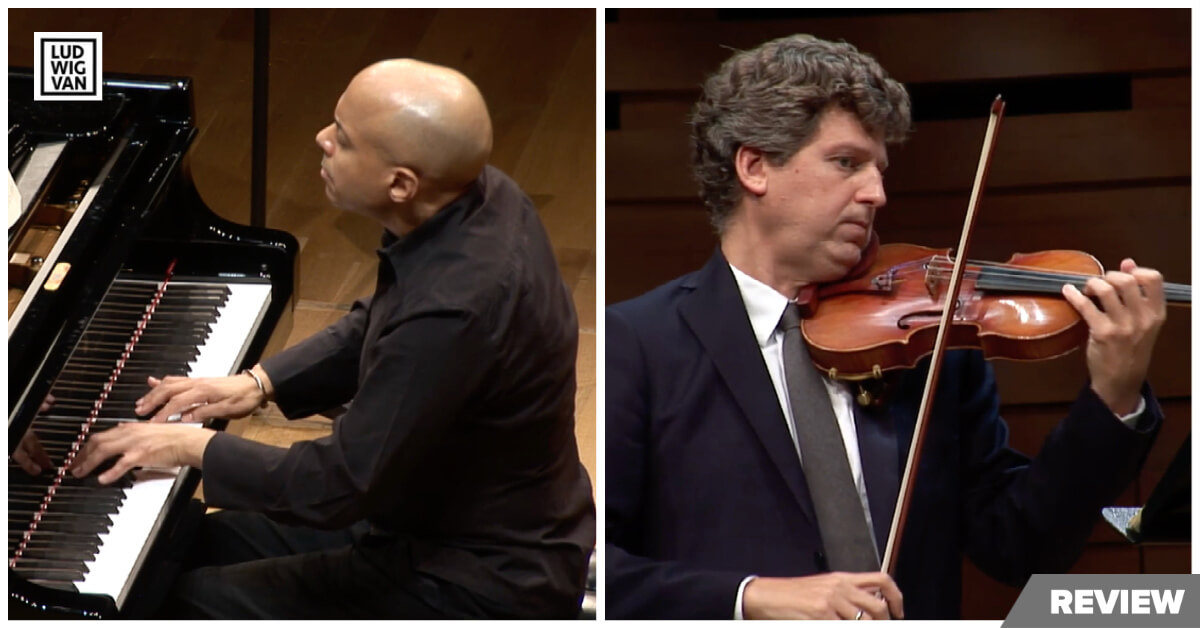 Lost in the glow and hype of a weekend filled with livestreamed mega-projects from Opera Atelier to Against the Grain Theatre with the Toronto Symphony Orchestra, were three superb concerts that a handful of only a few hundred of us managed to take in these past few days.

If you hadn’t heard about violinist James Ehnes and pianist Stewart Goodyear’s marathon recital series of all ten Beethoven violin sonatas over three days as part of Koerner Hall’s Beethoven 250 series, then you missed something special. Amiably hosted by impresario Mervon Mehta, to whom we are positively grateful for bringing all this together, the highly musical duo of Ehnes and Goodyear, national treasures now in their own right, gave a series of live concert recitals that are destined to become cornerstones of our cultural heritage within the classical music genre.

Here are the highlights:

• Superb musical style and eloquent execution throughout
• They took every opportunity for sophisticated musical expression in each phrase
• Goodyear’s playing was always satisfying, expressive and unerring, whether boldly splashing some intense runs or balancing burnished tone in passages of hymnal calm
• Ehnes offered glorious tone galore of his own, often with a growing, conspicuous delicacy as each concert forged on. Virtuosity, range, durability, tone — he had it all.

Some things I really liked:

• Ehnes was a model of self-control up there but took some fine interpretive risks in the later sonatas when needed — he really made the Sonata No. 9 “Kreutzer/Bridgetower” shine to its fullest potential
• Goodyear refused to play from memory and read the score in all ten works. I’m grateful — I prefer it in this context — he seemed so meticulously connected to the music, channelling an inner harmonic imperative one minute in moments of softest spectral expression and with fine pedalling (especially in the early sonatas 1-3) and then maximizing the glow of Beethoven’s tension-filled phrases at top speed the next
• The performers emphasized contrast but never in an exaggerated manner: what a pleasure to hear the “Spring” sonata’s (No. 5) lyricism give way to passages of luminous velocity — and they made the structure of Beethoven’s diverse creations sound so effortless
• Hearing the works back-to-back gives a splendid accounting of Beethoven’s musical adventurousness, his consuming fire for terse structures in some sonatas, such as the intense No. 4 in A minor, and maximal long-breathed expressive works like my favourite sonata of all, the meditative No. 10 in A minor/major.

Why these concerts mattered so much:

• It is rare to see all ten Beethoven violin sonatas played in a row and played so consummately well.
• There was never a dull moment — their playing always engaged
• Interpretations were all highly considered, professionally executed
• One could find a unified strength of purpose in both playing and architecture, bringing Beethoven’s voice to prominence at all times.
• Priceless pieces and performances captured for all time

Check out these rare recitals — you won’t be disappointed.

Latest posts by Stephan Bonfield (see all)
Share this article