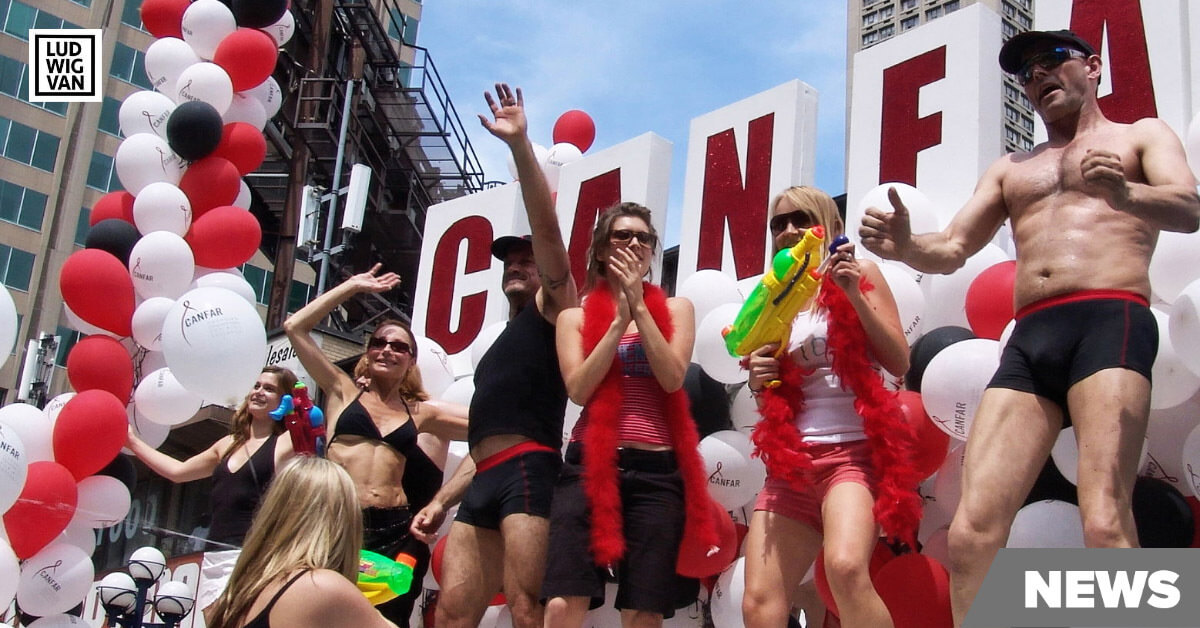 City of Toronto Mayor John Tory offered bad news for those hoping for a swift end to the COVID-19 crisis.

During a press conference at Toronto City Hall, Tory announced that all city-permitted events occurring in Toronto through June 30, are cancelled.

Cancelled events include the Pride Toronto festival, which was scheduled to take place this coming June 26–28.

The preemptive action follows advice from public health officials about social distancing measures to help stem the spread of COVID-19. An estimated 25% of the current 528 cases in Toronto were contracted by community spread. 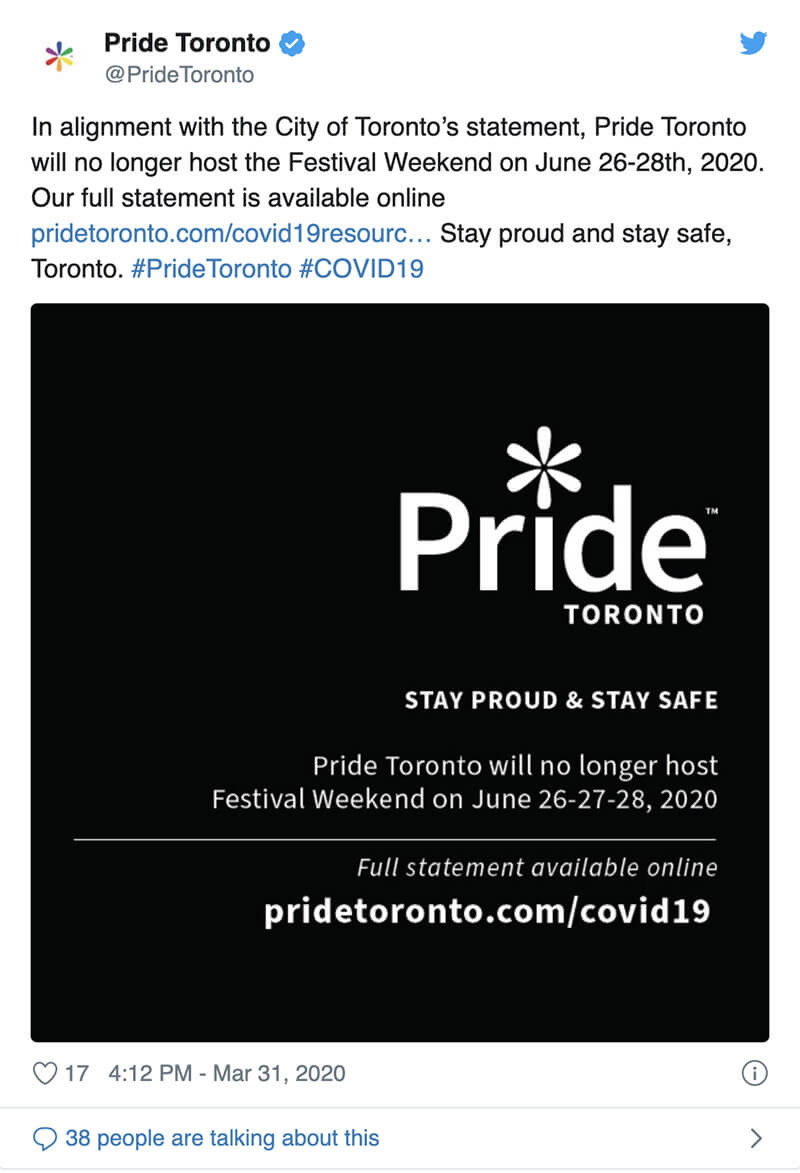 Pride in Toronto attracts hundreds of thousands of attendees every year, and its cancellation will result in a significant economic loss to Toronto. The festival supports 5,600 jobs, and contributes $681M to Ontario’s GDP.

The city is committed to maintaining June as Pride Month, and they will look for ways to ensure celebrations for the LGBTQ+ community continue.