Holiday concerts help you escape the bad weather, and those tacky versions of Christmas carols that blast through every store, with great music that just happens to celebrate the season too. Luckily, Toronto’s arts organizations offer many different expressions of the season, from period and traditional renditions of old favourites, to newly re-imagined works written for modern ears.

Here’s our picks for Christmas season 2019.

Toronto Mendelssohn Choir: Festival of Carols | December 3 & 4, 2019, 7:30 p.m. Yorkminster Park Baptist Church.
David Fallis conducts the Toronto Mendelssohn Choir, with pianist Gergely Szokolay, the Toronto Symphony Youth Orchestra and their conductor Simon Rivard, in this celebration of Christmas carols. The program features compositions by John Rutter, including Christmas Lullaby, with his orchestral arrangements of other carols, along with “L’adieu des bergers”, from L’enfance du Christ by Hector Berlioz, “Nowell” from Hodie by Ralph Vaughan Williams, among other selections — including sing-along favourites like O come all ye faithful to join in the fun. Details

Tafelmusik: O Come, Shepherds & Manfredini: Christmas Concerto | December 4, 2019, 7 p.m., December 5 to 7, 8 p.m., December 8, 3:30 p.m. Jeanne Lamon Hall, Trinity-St. Paul’s Centre & December 10, 8 p.m. George Weston Recital Hall, Meridian Arts Centre.
The Tafelmusik Baroque Orchestra collaborate with the Vesuvius Ensemble, with special guest Tommaso Sollazzo on the zampogna, an Italian Baroque instrument, in this celebration of the season. The program combines Baroque Christmas concertos and the traditional music of Southern Italy, using period instrument such as the ciaramella and mandolin, along with the orchestra. There is a pre-concert chat one hour before each performance with lutenist Lucas Harris. Details

Church of the Holy Trinity: The Christmas Story | December 6-8, 13-15 and 20-22, 2019, various times, Church Of the Holy Trinity.
This will be the 80th season of The Christmas Story at the historic Church of the Holy Trinity. The church organ and an unseen choir provide the music as the traditional story of the Nativity unfolds in a series of narrated scenes. The story is drawn from the Gospel passages from the King James Version of the Bible. The cast is all-volunteer, including the babies who take turns in the role of Jesus. There is no set fee, with a suggested donation, and the church is wheelchair accessible. Details

Soundstreams: Electric Messiah | December 10 to 12, 2019, 8 p.m., Drake Underground.
Soundstreams reimagines Handel’s masterpiece for contemporary Toronto audiences in a performance that includes a band, turntables, and dance, and a range of musical styles. Soloists include soprano Lindsay McIntyre, alto Chloe Charles, tenor Jonathan MacArthur, and bass Andrew Adridge, with dancer Lybido, and music by SlowPitchSound. It takes place in the atmospheric Drake Underground, and is a seated event. Note that the venue is accessible only via a fight of stairs. Details

National Ballet of Canada: The Nutcracker | December 12, 2019 to January 4, 2020, times vary.
With dazzling costumes and sets by Santo Loquasto, and a cast of talented dancers drawn from the company, the National Ballet’s presentation of Tchaikovsky’s well known ballet never disappoints. James Kudelka’s choreography sets the story of siblings Misha and Marie, (rather than the Clara of the original story,) and the magic Nutcracker’s adventures, in 19th century Russia. It’s a sweet coming of age story as the quarrelling siblings learn to work together to defeat the Mouse Tsar. Music is performed by the National Ballet of Canada Orchestra with VIVA! Youth Singers of Toronto, and the performance is 2 hours with one intermission. Details

Royal Conservatory of Music: Holly Cole — Happy Holidays with Holly Cole | December 14, 2019, 8 p.m., Koerner Hall.
Part of the Quiet Please, There’s a Lady Onstage series, Toronto chanteuse Holly Cole puts a jazzy spin on Christmas, backed up by John Johnson on horns and reeds, Aaron Davis on piano, George Koller on bass, and Davide Direnzo on drums. Cole’s sophisticated sense of style and originality sets her apart from the crowd, and she’s got two Christmas recordings in her catalog to draw from. The program includes classic standards like “Have Yourself A Merry Little Christmas” in an eclectic selection of songs. Details

Orpheus Choir of Toronto: ‘Tis Winter Now | December 17, 2019, 7:30 p.m. Grace Church on-the-Hill.
The Orpheus Choir presents an evening of carols and stories in the atmospheric Grace Church on-the-Hill. Guest artist Benedict Campbell, a veteran of the Shaw and Stratford Festivals, serves as the narrator. The Orpheus Choir was founded in 1964 with the aim of showcasing choral works outside the usual repertoire. Their Artistic Director is Robert Cooper, one of Canada’s leading choral musician. Details

Tafelmusik: Handel’s Messiah | December 17 to 20, 2019, 7:30 p.m., Koerner Hall.
Tafelmusik performs Handel’s Messiah much as the composer would have heard it, with the Tafelmusik Chamber Choir directed by Ivars Taurins, along with the Tafelmusik Baroque Orchestra, and soloists Margot Rood (soprano), Lucile Richardot (mezzo-soprano), Thomas Hobbs (tenor) and Peter Harvey (baritone). It’s a more intimate version of the Messiah in the Baroque style, with an emphasis on Handel’s universal message of peace and goodwill to all. There will be a pre-concert chat an hour before each concert with soprano Ann Monoyios. Details

Amadeus Choir: Mystic Light — Solace in the Darkest Days | December 21, 2019, 7:30 p.m. Eglinton St. George’s United Church.
This musical celebration of the Winter Solstice begins in candlelight with meditative music. The musical journey ends with upbeat carols, including audience sing-along selections. This year’s program features the work of women composers in an evening of music that evokes the return of the light as the days begin to get longer once again. The program includes works by Canadians Christine Donkin, Jenny Trites, Ramona Luengen, and Sarah Quartel, among others. Details

BRAVISSIMO! 2019 Opera’s Greatest Hits | December 31, 2019, 7 p.m., Roy Thomson Hall
The lavish, star studded opera recital returns for an earlystart to New Year’s Eve celebrations. Details of the soloists are unavailable at press time, but the yearly production is known for bringing international opera stars to Roy Thomson Hall’s stage, together with the Opera Canada Symphony and Chorus. The program features a selection of beloved arias, choruses, and duets from well known operas like Tosca, La bohème, and Carmen, among others. The concert ends at 10 p.m., leaving plenty of time for the midnight countdown. It’s one of the more glamorous NYE options in the city. Details

Salute to Vienna | January 1, 2020, 2 p.m., Roy Thomson Hall.
Conductor Michael Zehetner is known for his dynamic style and sophisticated wit, and he’ll be at the helm of the Strauss Symphony of Canada for this salute to the golden era of Viennese music. The Neujahrskonzert, or New Year’s concert, is a tradition in Vienna, and Toronto’s version features soprano Micaëla Oeste and tenor Tilmann Unger, along with dancers from the Kiev-Aniko Ballet of Ukraine and International Champion Ballroom Dancers. It’s a feast for the eyes as well as the ears, the program includes selections from operettas, overtures, and ballet. VIP tickets include a private post-concert autograph event. Artists and repertoire subject to change. Cameras welcome. Details 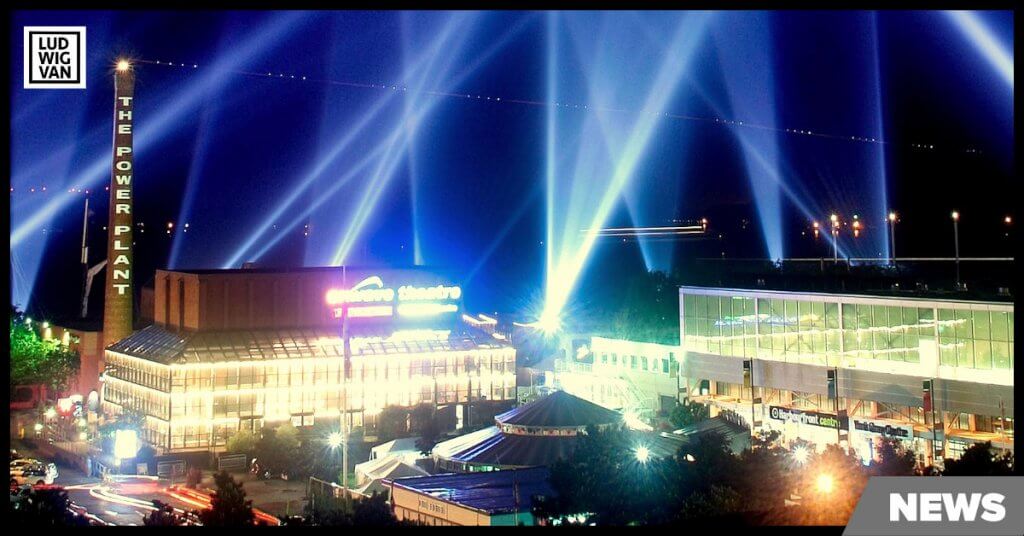 Toronto’s largest annual international arts festival has been called off due to the COVID-19 pandemic.
(Continue reading)
Read the full story Comments
Share this article
lv_toronto_banner_high_590x300

THE SCOOP | Calgary Philharmonic Lays Off Orchestra And Staff 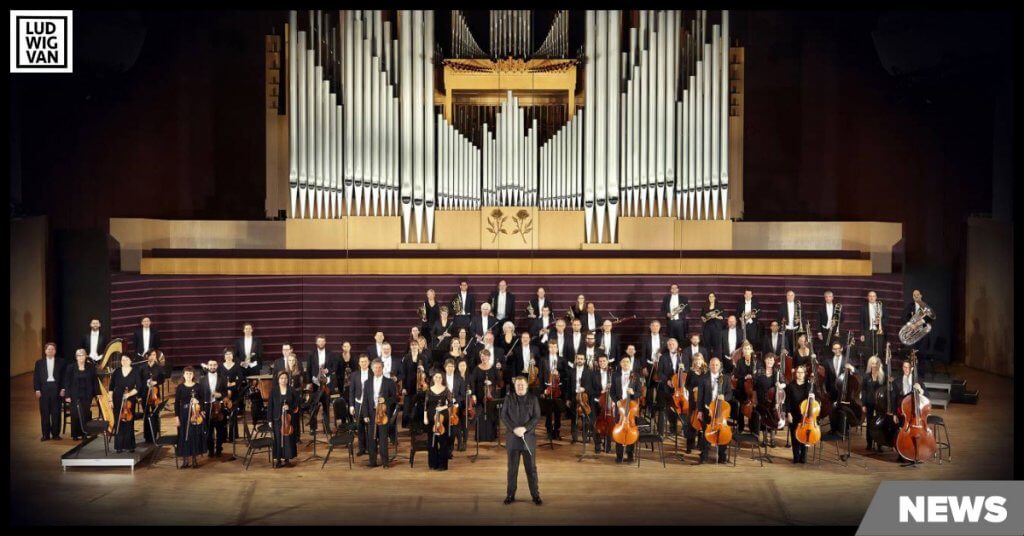 The Calgary Philharmonic Orchestra (CPO), one of Western Canada’s flagship orchestras, has said they will be laying off 66 musicians and 18 administration and support staff after being forced to cancel events due to the CODID-19 outbreak.
(Continue reading)
Read the full story Comments
Share this article 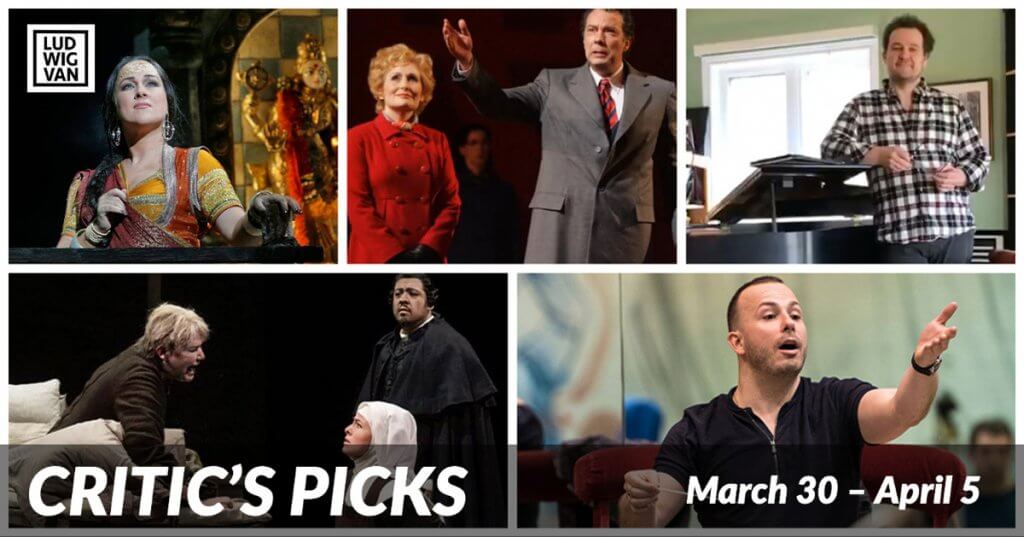 Classical music and opera events happening in and around Toronto for the week of March 30 – April 5.
(Continue reading)
Read the full story Comments
Share this article
lv_toronto_banner_low_590x300
lv_toronto_ssb_atf_300x300