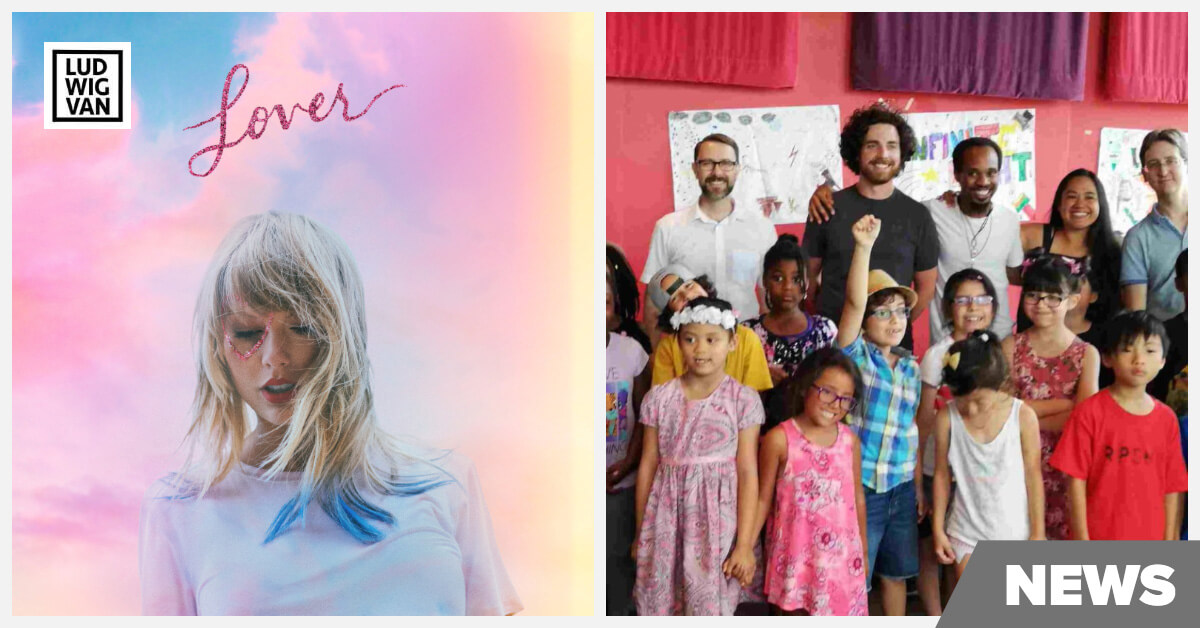 It’s nice to have friends in high places, as students and faculty of Toronto’s non-profit Regent Park School of Music (RPSM) found out August 23, 2019. That’s the day when Taylor Swift’s new album Lover dropped, and the RPSM team found out that one of the songs — “It’s Nice To Have A Friend” — samples one of their recordings.

Having a credit on a track of the fastest-selling album of the year has catapulted the student choir into pop culture history, and opened up a stream of royalty revenues that will be used to finance the school into the future.

The RPSM team, including 14 students, had no idea beforehand whether or not any of the tracks would be used.  RPSM’s executive director Richard Marsella, currently pursuing his PhD in music education at the University of Toronto’s Faculty of Music, is quoted in a UofT publication. “We’re all pretty overjoyed and processing what the heck this thing is.”

How did a Toronto school choir end up in a pop superstar’s sights? The story begins with another Torontonian, producer to the stars Frank Dukes, who is working on a project he’s calling the Kingsway Music Library. As part of that, he spent three days with RPSM students recording music for an album called Parkscapes. The end result was 11 tracks, including “Summer in the South,” the one sampled on Swift’s song. The song features vocals, steel pan, harp, vibraphones voices, and cello.

Dukes has worked with the likes of Rihanna, Post Malone, Camila Cabello, and Kendrick Lamar. Dukes composed the tracks, and the kids acted as studio musicians. He is donating 80 percent of his publishing royalties to RPSM. The stream of royalties will offset the school’s annual $2 million fundraising campaign, with hopeful plans of expansion to a hub location at Jane and Finch.

The recording sessions were put together by advertising giant BBDO Toronto, with a view to creating what they are calling a “Sample School”. BBDO associate creative director Rana Chatterjee is a friend of Dukes, and also with one of the instructors at RPSM who, as it turns out, had mentored Dukes. The three acquaintances got together one night and brainstormed how they could help the school that provides low-cost musical instruction to Toronto’s kids. The Sample School will be a kind of library of stock music — similar in concept to stock photography — that could be licensed out for sampling or other uses to generate income for RPSM.

Richard Marsella spoke with Billboard reporters. “Frank knew he was going to be working with Taylor Swift and we knew there was a chance [she’d use one of the student’s instrumentals] — we always dreamed this would happen.” He talked about the feedback from Dukes and Swift. “It resonated with her, and he started talking so passionately about what we do here.”

In addition to the royalties that the group will receive, Marsella reported that Swift’s team contacted the school on the album release date with what he called a “very generous” personal donation by the pop diva.

Marija, age 14, is one of the singers on the track. She spoke to Billboard magazine about the experience. (Only her first name was used to protect her identity as a minor.) “I was really excited because I knew it could potentially happen, but I didn’t think it would happen so quickly and with such a big artist.”

Unlike the usual electronic instrumentation of pop, the sampled RPSM track creates a haunting and evocative backing for Swift’s vocals, paired with lyrics that are simple and poignant. Songwriting credits go to Adam King Feeney, the legal name of Canadian producer Frank Dukes, Louis Bell, and Taylor Swift. It’s been a hit so far with fans and critics alike. After just one week, the official video has racked up nearly 1 million views. Duke is known for his gift of adding original beats and samples to his collaborators’ work, and it looks like “It’s Nice To Have A Friend” can be added to that legacy.

Reviewer Andrew Unterberger (Billboard) wrote, “‘It’s Nice to Have a Friend’ is the most captivating song on Lover. It’s the rare Swift song that suggests more than it implies, that punctuates with commas and ellipses rather than exclamation marks and hard periods, and its delicate, crystalline beauty is unlike anything we’ve heard from Swift before.” 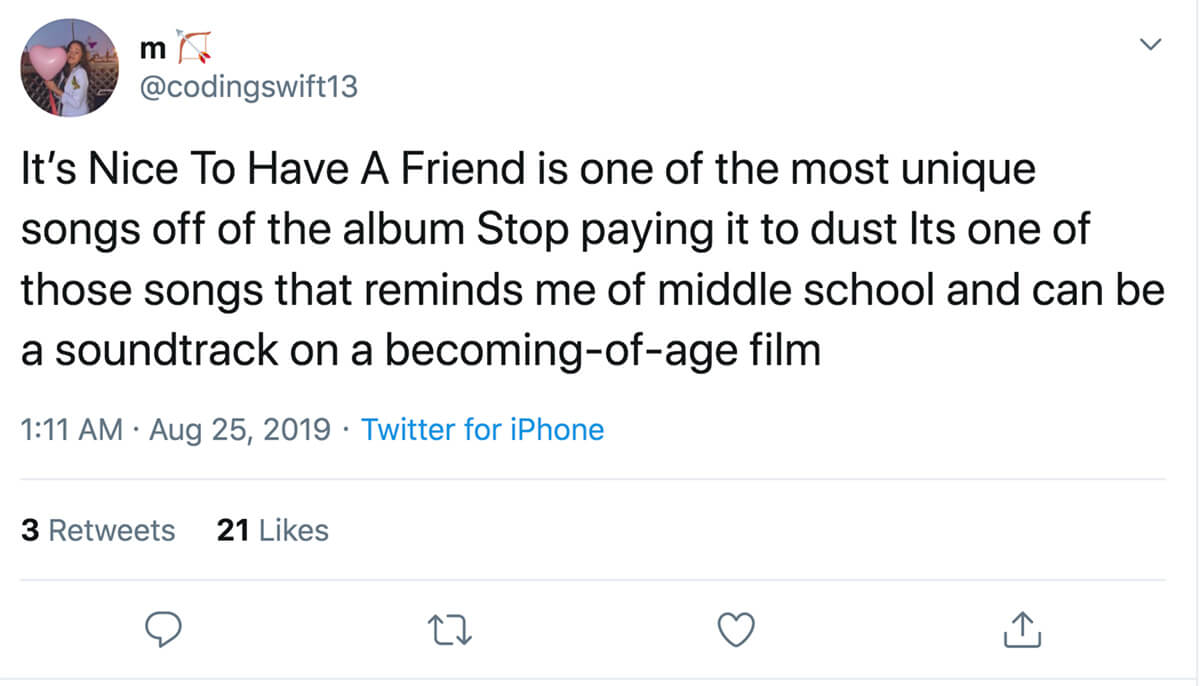 Fans on Twitter were equally appreciative. “It’s Nice To Have A Friend is one of the most unique songs off of the album Stop paying it to dust Its one of those songs that reminds me of middle school and can be a soundtrack on a becoming-of-age film,” wrote one. “it’s literally my favorite song on the album,” replied another.

Marsella says just recording the tracks was a valuable experience in itself, as he told the UofT publication. “Last December, we got in the studio with our kids and Frank Dukes, and we saw how transformative that experience could be for young students just to be in a studio and to now see the work ferment. It kind of gives it an afterlife.”

With the group’s success, Marsella is still dreaming big. “We still keep dreaming big and put it on a world scale now and say, when she comes to Toronto, can we actually connect her with our kids? It’s empowering, I think, for our kids as part of a community music model to show them examples like this.”