The Edison Singers will feature three concerts a year, a possible tour, recordings, and will be conducted by Noel Edison.

It’s been just over a year since conductor Noel Edison was dismissed over allegations made during an extensive investigation, which included multiple accounts of misconduct involving Edison towards members of the Mendelssohn Choir, the Elora Singers, as well as others.

Since being fired, Edison has maintained his innocence, characterizing his actions as “misconstrued”. While no criminal charges have been filed, he offered an apology to those who he has inadvertently made to feel uncomfortable.

In July 2018, The Record reported a family member of an elderly parishioner filed an application in the Ontario Superior Court of Justice to remove Edison in his role as dual power of attorney.

Since then, Edison has maintained a fairly low profile. That is, until now.

On Friday, Edison launched The Edison Singers, a new professional choir that aims to present three concerts (nine performances) in the southern Ontario area per year. The choir’s Executive Director is Esther Farrell, a former manager of the Elora Singers.

The Toronto-based choir will present themed concerts from a wide range of repertoire, from early music to world premieres. They also plan to release two recordings each year, and possibly tour.

On Friday, March 15, the choir’s Board of Directors put a call out for experienced singers to audition on dates scheduled between March and April for The Edison Singers.

According to the choir’s website, which was registered on December 5, 2018, they are looking for singers with “strong musicianship skills, professional vocal training, excellent sight-reading skills, and previous choral experience are a must.”

The choir has launched a Facebook Page, which at the time of publishing, has 51 followers. 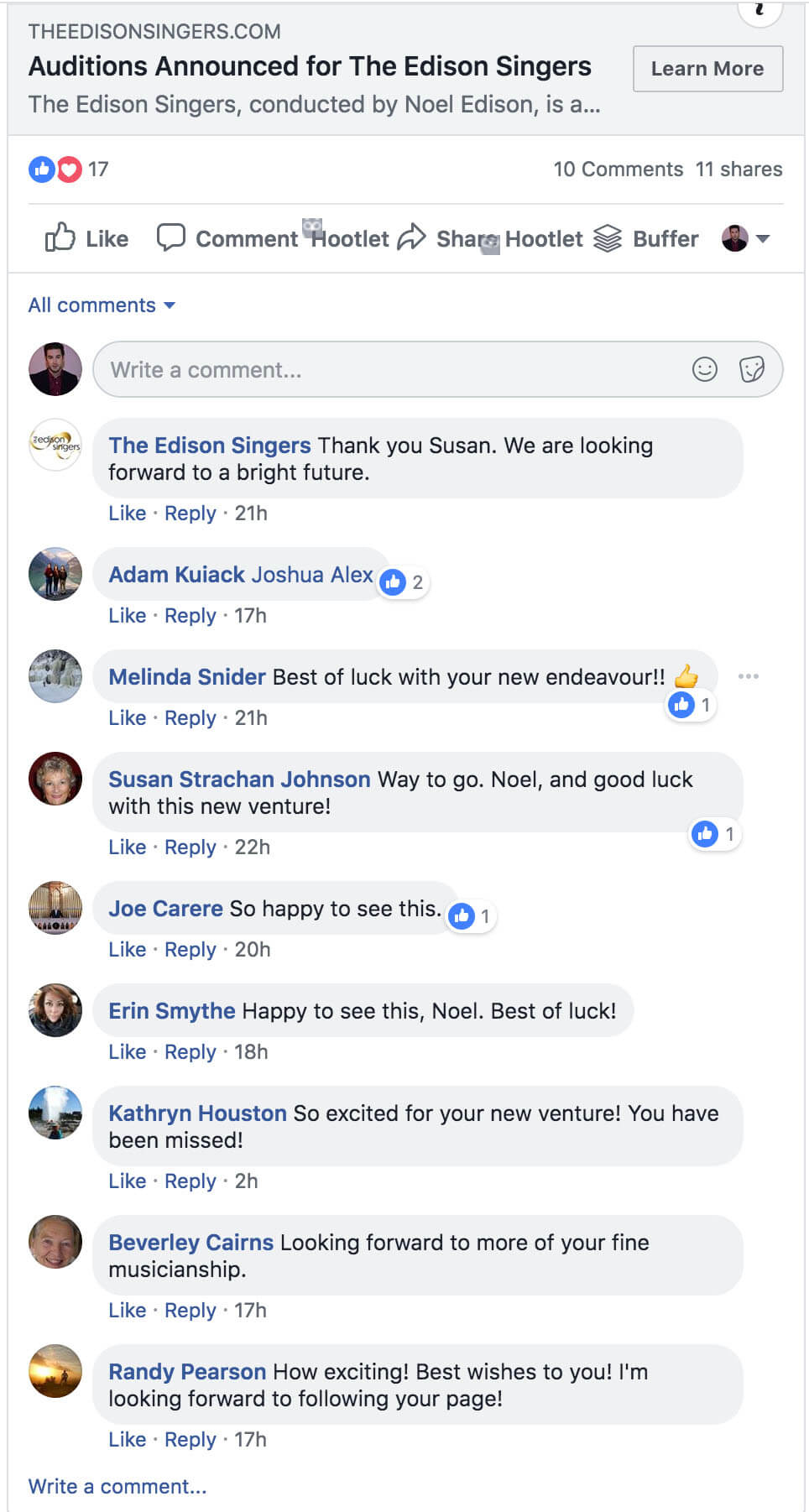 Michael Vincent can be reached at 289-242-4435 or michael@ludwig-van.com or follow @Michael_Vincent