The 2019 JUNO Award Nominations have been announced today, with Toronto’s Gryphon Trio heading the list of 2019 Classical Music Juno Award nominees over two categories as the music industry gets ready to celebrate its own at the awards ceremony scheduled for March 17.

You could call it a big year for women in the classical music composition category which includes composers Ana Sokolović, Bekah Simms, Cassandra Miller, and Nicole Lizée. Composer Vincent Ho returns for a second chance after last years nomination for his Arctic Symphony commissioned by the Winnipeg Symphony Orchestra in 2010 in the Classical Album of the Year: Large Ensemble category. 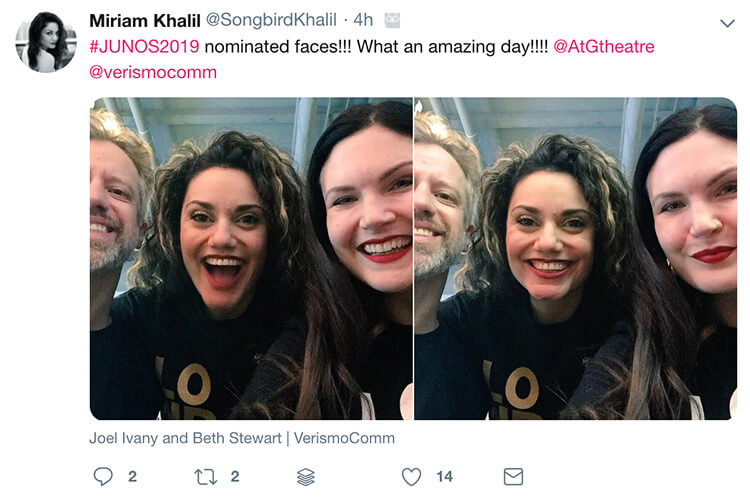 In the vocal category, there is a mix of choirs and soloists, with Choeur de l’Orchestre Symphonique de Montréal, and the Elmer Iseler Singers, as well as sopranos: Barbara Hannigan, Joyce El-Khoury, and Miriam Khalil appearing on Against the Grain Theatre’s debut record on their new label.

2018 Polaris Prize winner Jeremy Dutcher was also nominated for Wolastoqiyik Lintuwakonawa in the  Indigenous Music Album of the Year category.

Congratulations to all the nominees.

For a list of the complete nominations, visit here.

Classical Album of the Year: Solo or Chamber

Classical Album of the Year: Vocal or Choral

Classical Composition of the Year

The 2019 Juno Awards will be hosted by Sarah McLachlan, and the broadcast on CBC from Budweiser Gardens in London Ontario, Sunday, March 17, 2019, 8 p.m. ET.