INTERVIEW | Adrianne Pieczonka And The New Singing Stars of Tomorrow 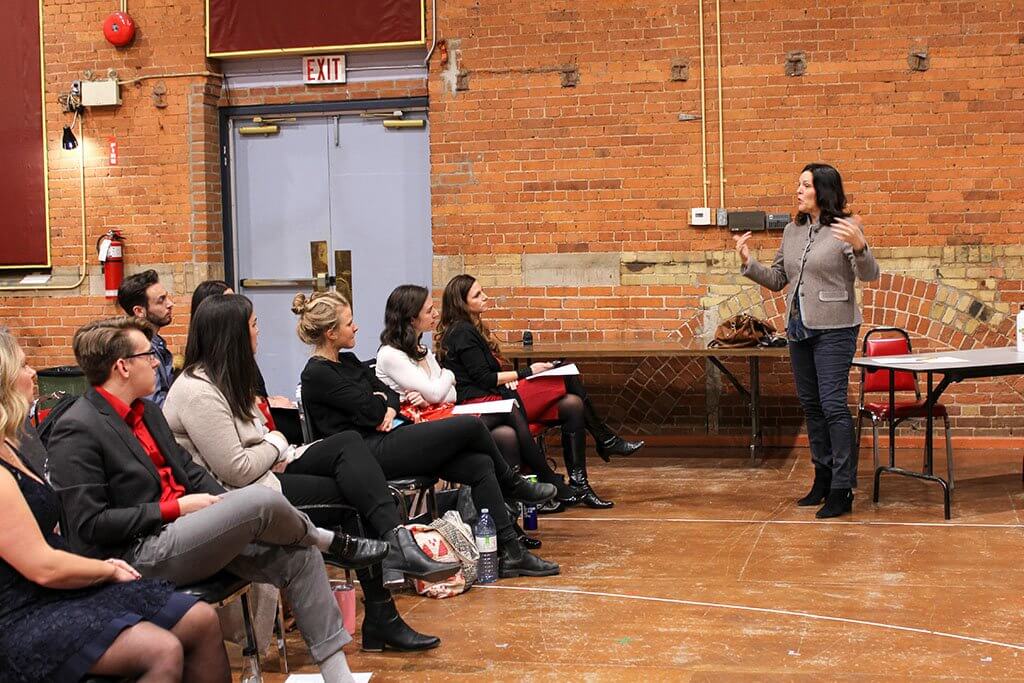 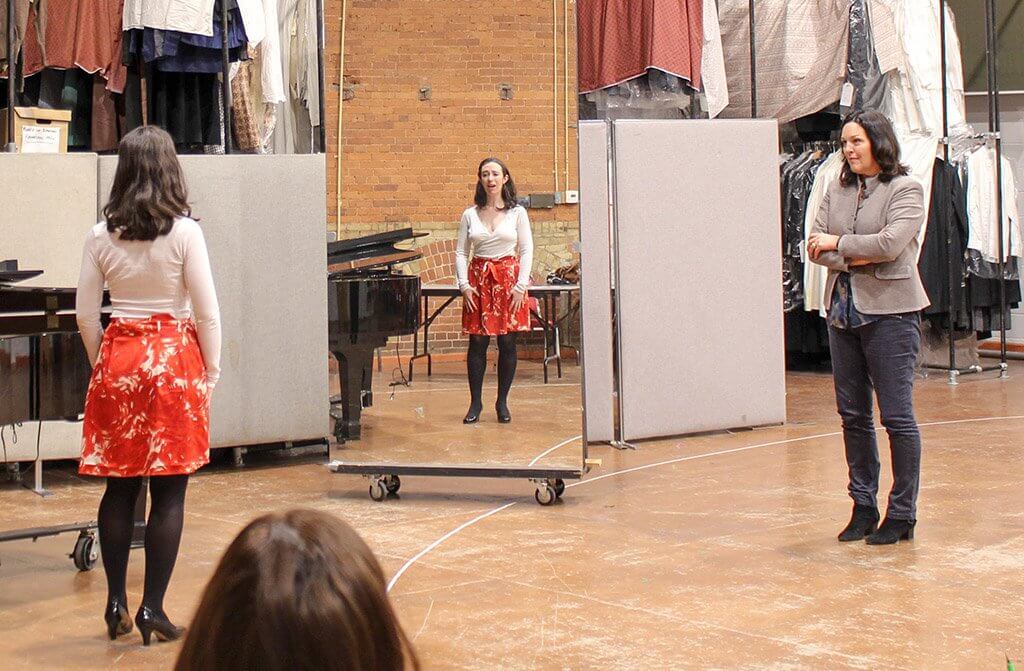 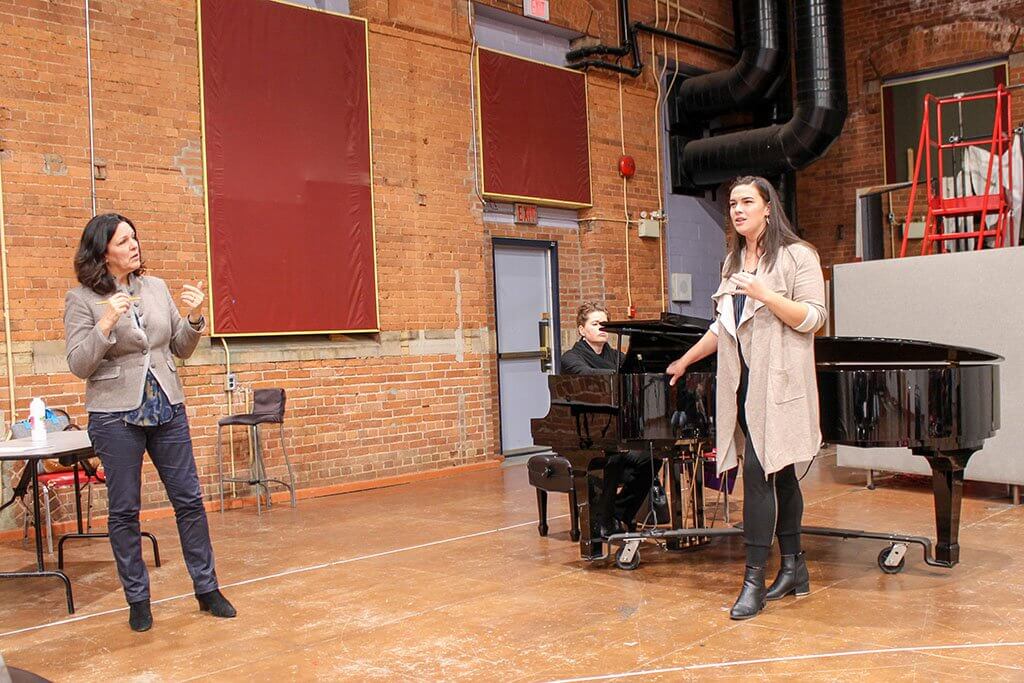 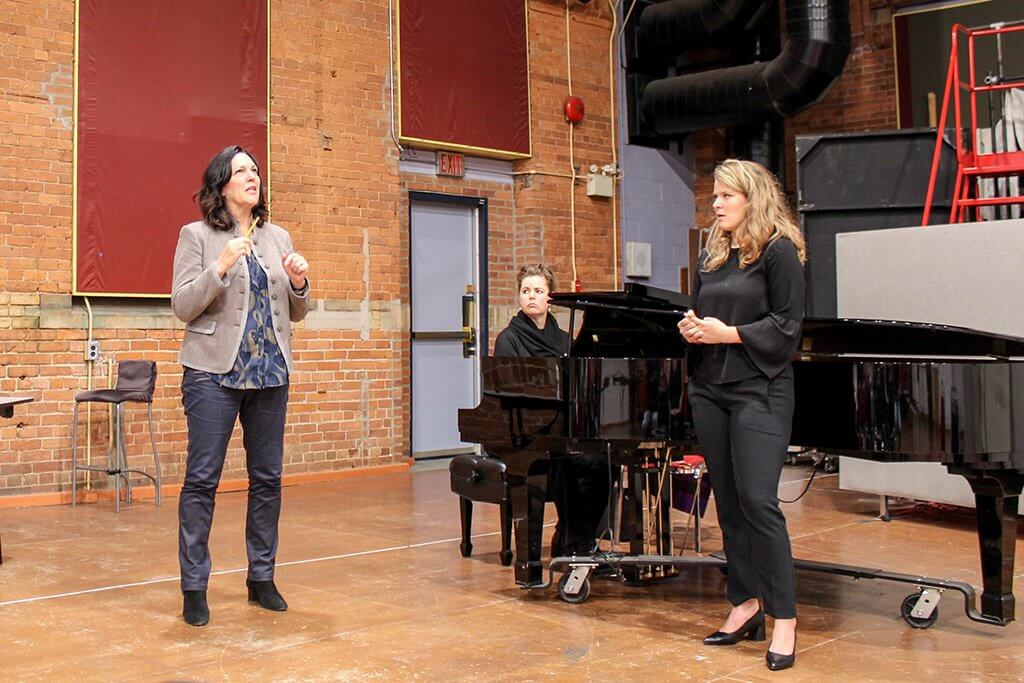 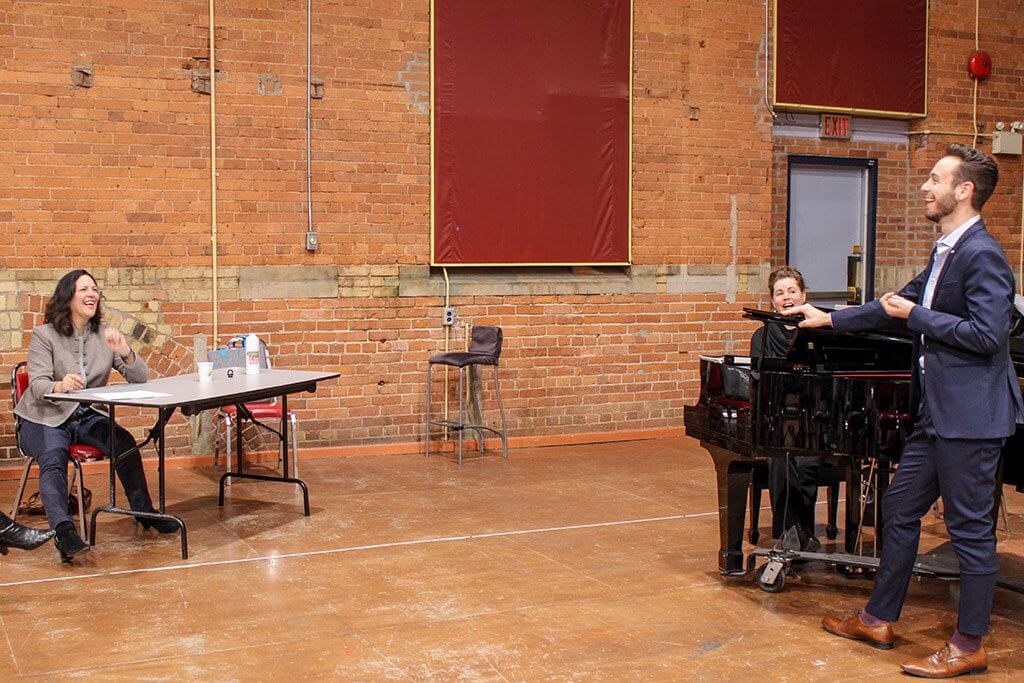 Calling all opera fans — have you ever wondered what it takes to become an opera star? What it’s like to step on the stages of the great opera houses of the world, sing your heart out, receive audience accolades, meet adoring fans at the stage door, be the toast of the town — ah, the life of an opera diva/divo!

To make that dream come true, a great voice is a given. And solid training, of course. But a lot of the skills necessary for a big career are not taught in the classroom or the voice studio. A young singer only learns the ways of a career during the perilous journey in one of the toughest professions there is.

This is where the International Resource Centre for Performing Artists (IRCPA) comes in. The brainchild of Canadian artist agent/arts administrator/impresario Ann Summers, IRCPA, now in its 35th  year, is a service organization for musical artists, with the goal of helping young artists to make a successful transition from students to professionals.

Among the many singers IRCPA has supported in the past are Adrianne Pieczonka, Isabel Bayrakdarian, and Colin Ainsworth. An annual IRCPA event is the “Encounter” where ten aspiring singers spend a day with an established artist, who gives vocal and interpretive pointers in the studio, as well as share his/her insights in the ways and means of a career.

This year, that established artist was soprano Adrianne Pieczonka. “I did the Encounter when I was a young singer, probably in 1986 or 87,” soprano Adrianne Pieczonka muses. “OMG — decades ago!” Pieczonka says in mock horror. “I worked with Joan Dornemann. I remember being so in awe of her — she’s this famous and quite formidable MET coach/répétiteur. I remember the aria I sang for her was “Adieu, mon petite table” from Massenet’s Manon.  Joan had me sit on a chair to help “ground” me. It made a big impression. This physical change, simply sitting on a chair, made a big improvement in my sound.”

Now some thirty years later, Adrianne Pieczonka is one of the most celebrated of Canadian singers, frequent guest in great opera houses in the world, with a diverse repertoire. I remember hearing her Mimi at the COC in the early 90s at the Elgin Theatre. She has since become a great Wagnerian and Straussian. In a business known for its impermanence, a 30-year career is quite amazing — she’s celebrating 30 years since her professional debut as the Female Convict in a COC Lady Macbeth of Mtsensk in January 1988.

I attended part of the Encounter, to see her in action as a teacher and to get her thoughts on working with the young artists:

Give us your thoughts on these talented young singers

They are all at different stages in their development. Some are relatively young, in their early or mid 20’s to their early 30’s. Some have just graduated from university and some finished their studies more than 5 years ago. A few of the singers are married with children and one singer has had quite a bit of professional experience already.

How do you work with a group that’s so diverse in their training and experience?

I work with each individual as I saw fit – trying to give some technical support, and I try to understand where each singer is in his or her career progression. I think the advice I give unanimously is that each singer must follow his or her path — not the path of another or a path which he or she thinks is the ‘chosen’ path. I stress that discipline, hard work and devotion to the art of singing is what it’s all about. It can get hard these days with social media. Singers feel the pressure that they are not measuring up or falling behind but I am of the firm belief that hard work and discipline win the day.

That has always been your philosophy?

My dear friend and colleague Nina Stemme’s motto (she just won the $100,000.00 Birgit Nilsson Prize) is to “hurry slowly”. I like this image. Of course, you can’t just wait around and be inactive, but you also can’t rush success. Getting rejections is part of the business. Singers like Renee Fleming and others have written about not getting into programs or not getting certain roles, but of course, it didn’t hamper them in the long run. It may even have built character and mettle.

In my many interviews with Adrianne Pieczonka over the last twenty years, she has always espoused this philosophy of “slow and steady wins the race.”  She has been very careful with choosing repertoires that suit her voice, and never takes on roles before she is ready. It explains why her voice remains fresh after such a long career of singing principal roles. I attended part of the afternoon of the Encounter and heard three singers. I find Pieczonka the teacher very supportive, always encouraging, insightful, and kind. She successfully put each student at ease to do his/her best work. After a few pointers, each student sounded decidedly better.

They were certainly well prepared and rearing to go at the Ten Singer Stars concert on Nov. 5, in the intimate space of Zoomer Hall. With its theatre-in-the-round arrangement, the audience could see and hear everything up close and personal. There were eleven singers, since the “alternate” — “cover” if you will, in case one of the ten was sick and couldn’t go on — was also invited to sing. They were nine women and two men — eight sopranos, one mezzo, and two tenors.

Rather than giving a blow-by-blow review of each singer’s performance, I can say from my vantage point that they all gave their unique and authentic best, and always from the heart. Several really stood out for me. Mezzo Georgia Burashko’s bravura “Dopo notte” from Ariodante was sung with nice, rich tone and excellent fioritura. Teiya Kasahara, a high coloratura during her tenure at the COC Ensemble Studio, astounded with her polished and dramatic “Sola, perduta, abbandonata” from Manon Lescaut.  Beth Hagerman sang the famous Wally aria with smooth, pure tone. Budding dramatic soprano Gwenna Fairchild-Taylor tackled Leonore’s fiendishly difficult “Abscheulicher” with aplomb.

Of the two men in the concert, tenor John-Michael Scapin offered a non-operatic choice – two selections from Schönberg’s Brettl-Lieder, including the best-known song, “Galathea.” He captured the mood of this cabaret piece beautifully, with warm tone and very good German diction. Tenor Zachary Rioux must have been fearless, choosing the daunting Faust aria “Salut! Demeure chaste et pure.”  He impressed with his lovely timbre and long breath-line, not to mention a very fff high C. Perhaps a bit too loud with the C, but at all of 21, he will continue to develop and has a fine future.

At the end of the evening, Adrianne Pieczonka picked one singer to receive the Career Blueprint, which entitles the recipient to three days in the National Opera Centre in New York, where the singer gets expert advice from opera professionals, has photoshoots for publicity headshots and website development consultations. It was generously supported by Canadian soprano Jean Edwards, at 92 years young and still singing!

The recipient this year is soprano Sara Schabas, who sang a lovely excerpt from Der Rosenkavalier. It’s a little odd to hear this Octavian/Sophie duet excerpted as an aria — I kept expecting Octavian to cut in!  Schabas, possessing a lovely soubrette with a pure sound, not just sang it beautifully, but she looks like Sophie as well — brava!

There you have it — another edition of IRCPA’s Encounter and Concert has concluded. Congratulations to all, and we look forward to seeing and hearing them in the future.

Latest posts by Joseph So (see all)
Share this article