The Toronto Symphony Orchestra periodically holds what are called the Reading Sessions. Canadian composers of any age can submit one score to be considered for the event, where their works are played by members of the TSO. There’s feedback from the musicians and conductor Gary Kulesha, Composer Advisor of the Toronto Symphony Orchestra (TSO), along with professional advice on how to prepare scores and other matters.

There are specific requirements as to instrumentation, which cannot include vocals or any electronic elements. Concertos are also not eligible. Composers have to be available to attend the reading session in person. The submissions are judged blind, so that the emphasis in on the merits of the music.

The orchestra sight reads their way through the scores once, then after a brief consultation with the composer, it’s performed again with corrections.

“It’s programmatic. It’s about a specific place,” explains Dustin Peters of his composition, Nahanni. The piece is named after the Nahanni National Park Reserve the Northwest Territories, a region that is home to rare orchids and a waterfall that’s twice as high as Niagara Falls. As a piece of music, Nahanni is a dramatic and moody work that makes good use of the orchestra’s dynamic range and the various textures of the different instruments and sections. The piece swells in waves, with some melodic episodes. It has a sweeping sense of grandeur.

Dustin says he discovered the call for scores last year, but didn’t have a piece that filled all the criteria. When it came around this year, he was ready. A native of British Columbia, he started studying piano at age 5, then went on to the double bass at Mount Royal College Conservatory and University of Ottawa before focusing on composition in 2001. “I had been a double bass student,” he explains of his decision to switch. “I didn’t know that I’d be a section player for the rest of my career.”

“I’m an admirer of the big guys — Mahler, Beethoven,” he says. “I always try for a communication, whatever that means.”

Alice Hong is both an accomplished violinist and a composer. She saw the call for scores by accident. As it happened, she was prepared. “It was luckily right in the range that they were looking for.”

Phoenix is a melodic and evocative piece that plays with the more delicate textures of the orchestral palette. It’s easy to imagine a story in the contemplative musical narrative, with a gorgeous, achingly sweet violin solo as one of the highlights of the piece.

Alice earned a Masters degree in violin performance studying privately with Cho-Liang Lin at Rice University’s Shepherd School of Music as a Dorothy Richard Starling Foundation Scholar, and a Bachelor Degree from the Cleveland Institute of Music with a minor in composition.

“I actually started on piano,” she says. In fact, she began her musical studies at age 5. Composition followed not many years later. “I got curious.” She composed her first piece of music at age 11, and since then, her compositions have garnered an ASCAP Morton Gould Award, and both first prize and audience prize at the 2nd International Keuris Composition Competition for Phoenix, the same piece she submitted for the Reading Session.

“I grew up in a Chinese household,” Alice says. Her background exposed her to both Chinese traditional music and contemporary pop singers. That influence of Chinese harmonies and melodic elements can be heard in the music.  In the world of Western music, she was most drawn to the work of composers like Debussy and Ravel. “I was really drawn to Impressionistic composers as a child.”

The Reading Session had more than the usual significance for Alice. She has played with the TSO and Kitchener-Waterloo Symphony and in a number of chamber ensembles. It was a special experience to have her work performed by members of the orchestra that she’s played alongside, and conducted by Gary Kulesha, who she admires. “I’m more evolved as a performer than as a composer at this point,” she says. “I’ve never gotten a chance to hear an orchestral piece of mine performed that I wasn’t myself a part of.”

Jonathan Goulet studied musical theory at l’université de Montréal, switching to composition at the conservatoire de musique de Montréal under Michel Gonneville. Zersistre, the orchestral piece he submitted, was one of the earliest pieces that he composed, originally written for l’Orchestre de la francophonie. It premiered with that ensemble in July 2016.

“I was thinking a lot about the group dynamic of the orchestra,” he says about the inspiration for the piece. It’s about a kind of catharsis obtained by first organizing, then disorganizing the music. Sections that are orchestrated in the traditional manner are juxtaposed with other sections that are written for individual musicians, where each one plays in free time.

“I wanted to create these big messes,” he says. “I enjoy the feeling of disorganizing the orchestra.” There’s a sonic mess, and then a cleanup, in other words.

Zersistre begins with swirling strings. It’s a challenging piece to sight read, and the orchestra had a few questions before the first go through. Dissonant and dramatic, the orchestra plays complex patterns of rising and ebbing tension, with only the brief intervention of something you’d call a melody.

“It’s somewhat traditional,” he says of the piece. “Since then, I’ve moved to more mixed media and multimedia.”

Now based in Toronto, Steven Webb is a native of South Africa, and he works as both a composer and audio engineer, but don’t tell him that they’re two careers. “I would say that, to me, they’re one thing,” he says. “The two fields converge, to me. Music is just organized sound.” He points out that film composers already incorporate elements of sound design into their work.

As a work of classical music, his Iconoclasm is imbued with a kind of post modern romanticism, a sense of resplendence. He uses interesting colours and textures in combination, like flute with xylophone and percussion. The piece is often rhythmic and percussive, and fueled by a feeling of urgency.

Steven studied piano at the Marcel A. Desautels Faculty of Music at the University of Manitoba, and has performed with the Winnipeg Symphony Orchestra along with a number of other Manitoba based ensembles and theatre groups. He writes for film and dance, and is completing his Masters in Composition at the UofT with Dr. Christos Hatzis.

Steve has also worked in a recording studio on sound design and often uses electronics and electro-acoustic elements in his compositions. Although the Reading Session specifically excludes electronics, technology is something Steven embraces in his work as just another part of the palette of sounds and choices available to the contemporary composer.

He’s enthusiastic about the democratization of technology. “Anybody with a laptop can do some kind of sound manipulation,” he notes. To him, it breaks down the formality and elitism that is often associated with classical music, and that’s a good thing. “My generation is very interested in subverting it.”

Originally from the U.K., Richard Mascall grew up in Toronto, where his musical studies began at the North Toronto Collegiate Institute and the RCM. He went on to study composition at the University of Toronto, obtaining his B.Mus, then returning after several years of freelancing to work on his Masters degree under Dr. Christos Hatzis.

Richard won the audience award and second place in the chamber music division at the 1992 CBC Young Composer’s Competition in Vancouver, and was the Composer-in-Residence of the Georgian Bay Symphony from 2006 until 2010. He was also the Music Director of the Georgian Bay Youth Orchestra for 12 years.

On a personal level, over the last decade or so, Richard has taken a growing interest in First Nations culture. Working in Owen Sound, he was close to two different First Nations, and found inspiration in Norval Morrisseau and painters of the Woodland School of Art. His fascination led to composing First Nations themed works, and he was honoured by the local First Nation elders for his efforts.

Manitoulin was the final work composed during his residency, and it premiered in 2012. It was a revised version that he submitted for the Reading Session. “I’m a habitual reviser,” he says.

The piece evokes the sounds of nature, the music of birds and other elements. It brings the legend that is Manitoulin in First Nations culture to life with a strong rhythmic pulse and a rising sense of drama, as if chronicling a new day that begins sleepily but then grows in intensity. He keeps the percussionist busy by setting the melody against a relentless rhythmic pattern.

Freelancing as a composer these days, Richard still lives in the small town of Leith, in the Owen Sound area. The move from competitive Toronto allowed him, as he says, to be a bigger fish in a smaller pond. However, the decline of rural Ontario meant the end of the youth orchestra. “It was a thriving organization,” he laments. Richard points out that when he moved there, there were two secondary schools and a population of 2,600. Nowadays it’s one high school and about 1,000 residents.

Despite the setbacks, he’s committed to working with youth and he’s part of an initiative to start a Sistema program in the area. “It’s been in the works for years,” he says. With their charitable status in place, there are hopes to begin in earnest this fall.

Richard believes that working with children is crucial to the future of classical music. “We need to take an active approach in developing classical music, not only for musicians, but for audience members,” he says. “If we don’t actually do something about it, we won’t have a classical music world,” he says. “Art is valuable, particularly in this disposable, consumerist world.”

THE REMOTE PODCAST | Matthew Loden "Collaboration rather than education" 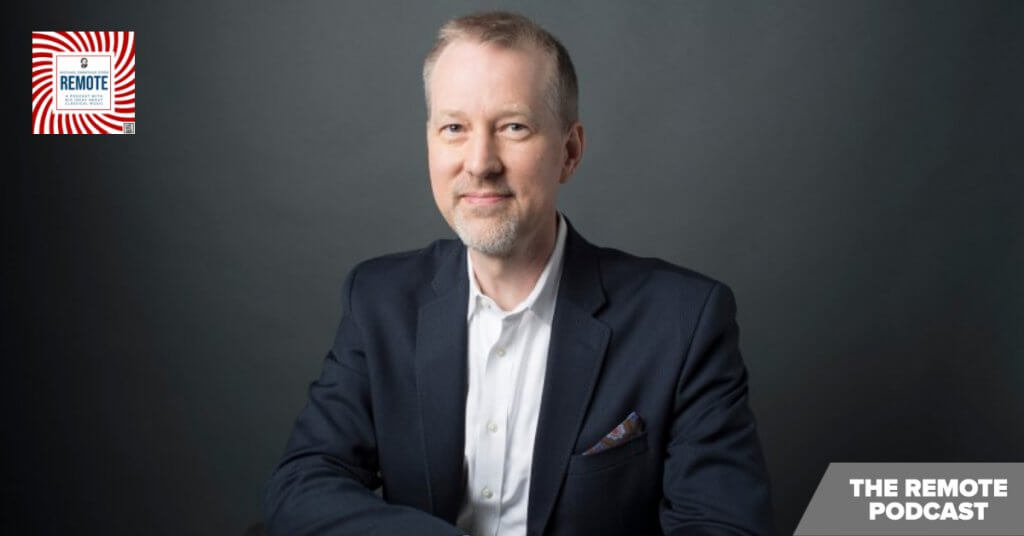 The Toronto Symphony's CEO, Matthew Loden talks about the TSO in the age of COVID-19, as well as the initiatives they’re taking part in the broader community, from the AGO to the YMCA.
(Continue reading)
Read the full story Comments
Share this article
lv_toronto_banner_high_590x300
lv_toronto_ssb_atf_300x300