PRIMER | Breathing Is Optional: The Relentless Work Of Singing The Bach Mass In B Minor

I love Bach, but he writes in a very instrumental way — even for the voice; and you have no time to Breathe,” says Francine Labelle, a Tafelmusik Chamber Choir Soprano.

In an interview with Ludwig Van Toronto, Labelle shared her thoughts about the upcoming Tafelmusik presentation of Bach’s Mass in B Minor with conductor Ivars Taurins. Bach’s masterpiece is notoriously difficult to sing. Many choirs attempt to perform the work, very few ever master a performance.

Fast runs on a violin or string instrument are difficult, but unlike strings, wind instruments and voices require breath to make notes. With pages of runs, choristers must navigate staggered and coordinated breaths. The Gloria – Et in Terra Pax is one such chorus where breathing must be structured and well-navigated. On the page, there are five voices singing fugal runs. The music, across the orchestra and choir, looks like a million notes. The challenge of a good performance is getting to the level of artistry in which the mechanics of notes are not the focus, but the text phrasing and delivery are the focus. As Johnson says, “It’s stressful, but also exciting!”

For Labelle and Johnson, this isn’t their first crack at the work. “After having performed it two times with Tafelmusik I was thrilled to revisit it,” says Johnson, “this time I quickly remembered all the difficult sections in each chorus and focused on them immediately. The more you’re able to memorize in this piece the better, so I started listening to it early in the season and re-learned the hardest parts.”

Labelle had the honour of singing the work for the first time as part of the 300th Anniversary of Bach’s birth in 1985. That year, Labelle performed the work four times, with four different ensembles. She called the numerous interpretations “confusing.” There’s no cookie cutter way to perform Bach. The Studio de Musique Ancienne de Montréal interpretation was quick and conventional to early music artists while doing the work with the Montréal Symphony Orchestra was a slow, legato version that (now disgraced) Artistic Director Charles Dutoit wanted. The conductor’s interpretation has an incredible impact on the delivery of a Bach Mass in B Minor.

Ivars Taurins is also no stranger to the work. “Directing the B Minor Mass is like a journey. There are many moments along the way where you think you have arrived at nirvana […] Bach manages to overwhelm you yet again and again and again, in different ways and different emotions,” he shared in a 2011 YouTube video interview. “The very first stop for me is the very opening. The opening chords of the Kyrie are so overwhelming in the fervent nature of this cry: “Lord, have mercy. It arrests you. Everything stops and you must pay attention to this.”

The opening also comes up in conversation with both Labelle and Johnson. “The opening Kyrie; you have to be very careful with intonation,” says Labelle. The opening sets the tone for the entire work. As Johnson says, “it is harder to execute than it might seem.” All the orchestral and choral forces start on the thick B minor chord on a solid forte before the orchestra falls away at the end of the first two bars, leaving the Sopranos totally exposed but no less stirring. The effect is an emotionally fraught pining, a wanting and musical pleading. The oboe then takes on the line as it washes over the orchestra and then onto the choir again. This is only the start of the Mass.

With Tafelmusik, you can expect a deeper intimacy with the music that most other ensembles would be able to provide. “Once it’s “in the voice” it becomes easier to perform,” says Johnson “When you know it well […] you can lean into each chorus with confidence… it’s the most enjoyable experience — but you need to know your part backwards and forwards, inside and out”. “It’s like a pair of comfy slippers,“ says Labelle, ”like a pair of shoes you’ve broken in, there’s no effort. It becomes like a reflex.”

“It’s an overwhelming experience to perform the Mass in B Minor but also a spiritual one to listen to regardless of your religious beliefs or background,” says Johnson. “I firmly believe that people from all walks of life can take something away from this work and enjoy its profound beauty. It’s arguably one of the finest masses ever written and still very popular today. Everyone should experience it at least once in their life!” 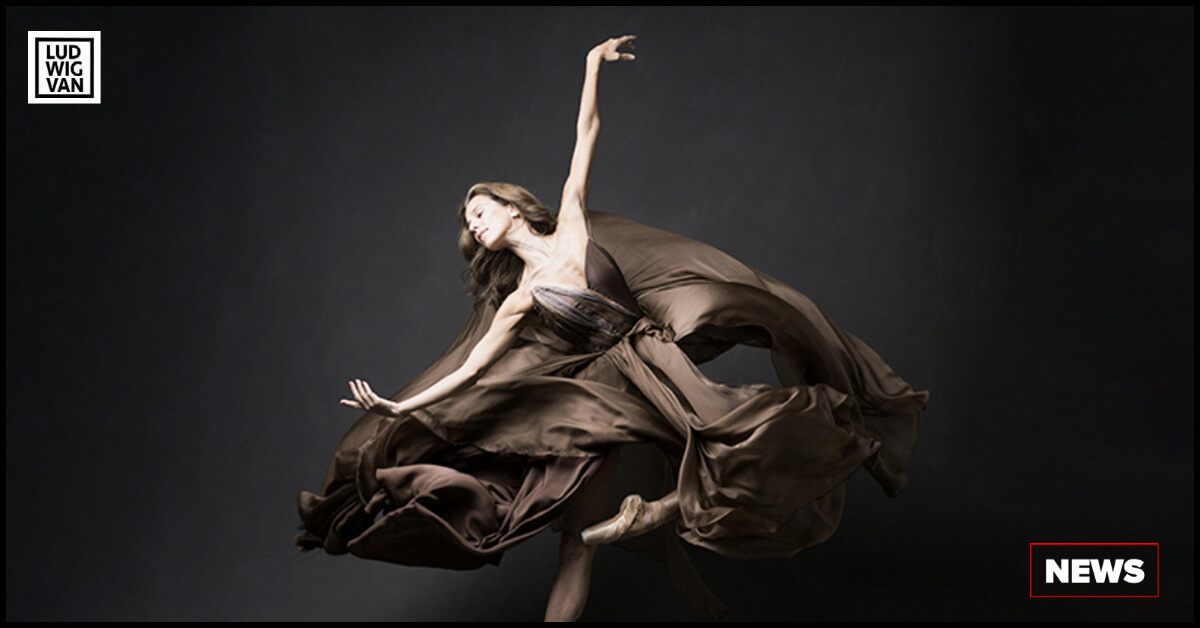 THE SCOOP | Tafelmusik To Remain Digital Only For A Second Year 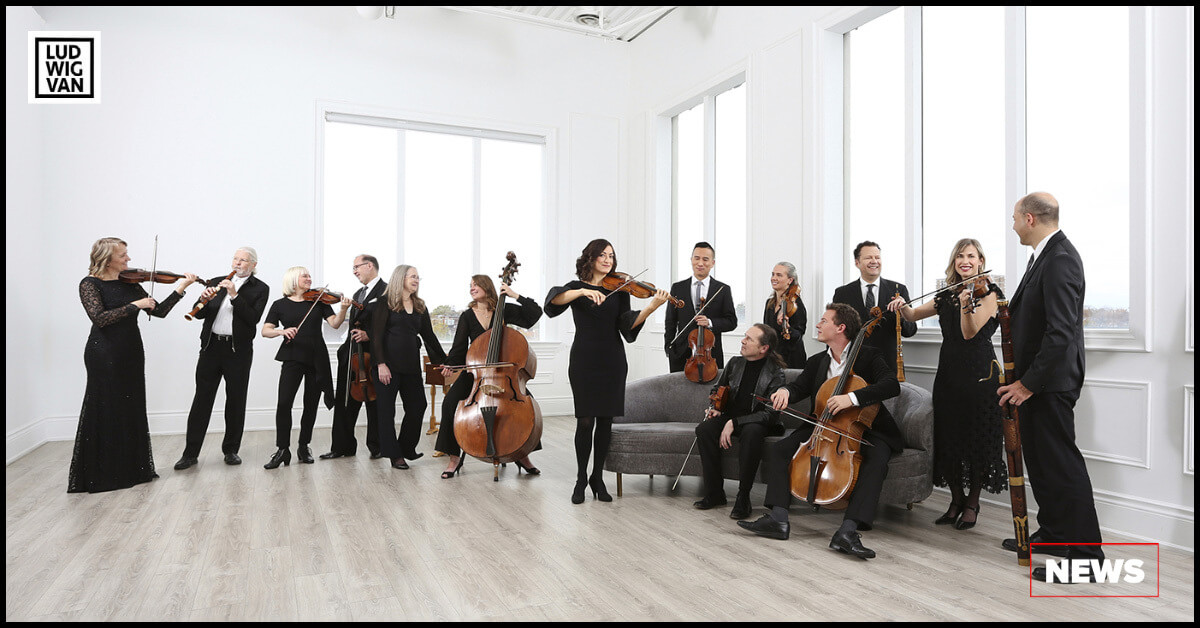 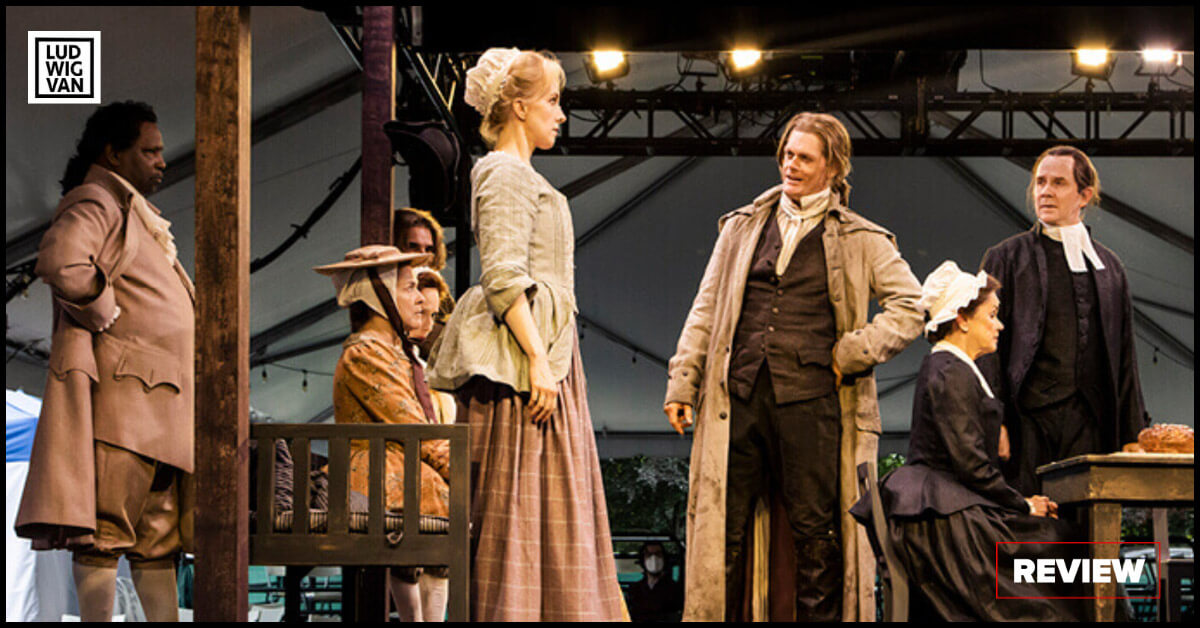 There are actually two plays going on in the Shaw Festival’s production of The Devil’s Disciple by the titular playwright — an unbearably slow first act, and a lively second one.
(Continue reading)
Read the full story Comments
Share this article
lv_toronto_banner_low_590x300
lv_toronto_ssb_atf_300x300
lv_toronto_ssb_high_300x300