WHO'S WHO | Esprit Orchestra 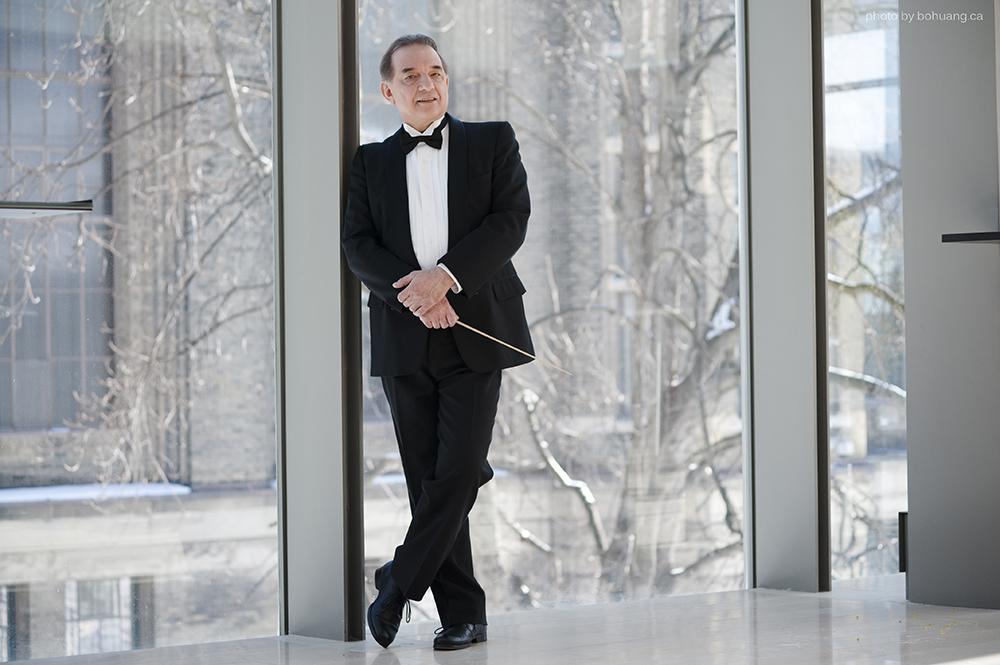 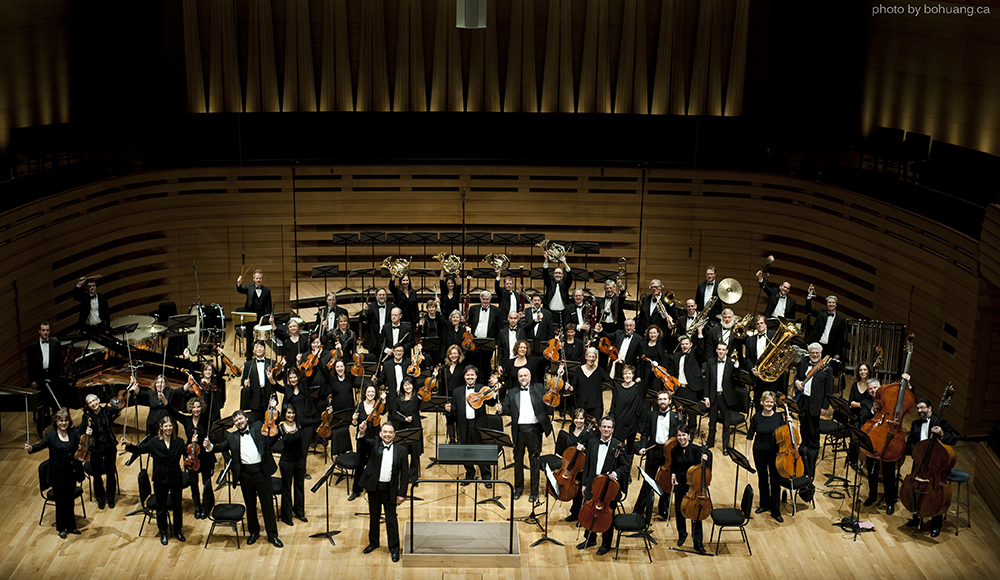 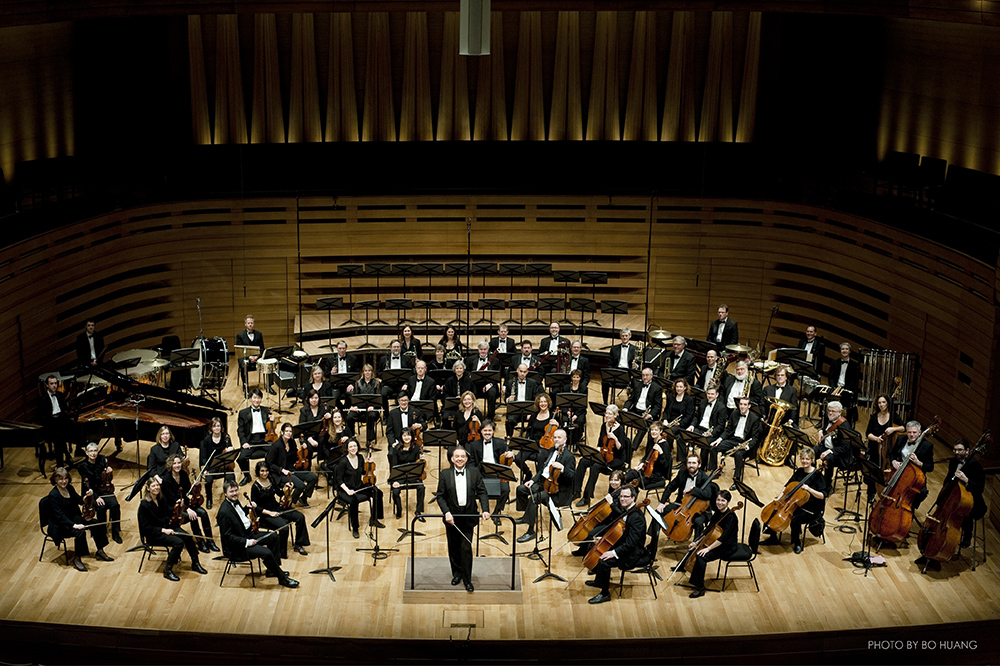 Esprit Orchestra is Canada’s only full sized orchestra devoted exclusively to the performance of new music. Esprit brings new Canadian music to a broader audience, both in the concert hall and beyond.

MORE THAN THE TYPICAL ORCHESTRAL EXPERIENCE

Inspiring, innovative, and powerful: this is what audience members are saying. Esprit’s concerts provide more than the typical orchestral experience. Esprit’s repertoire challenges and engages listeners and connects them to the music and performers in illuminating and entertaining ways. Our audiences experience the force of creative energy as the orchestra translates the imagined musical impulses of today’s composers into real sounds.

Esprit Orchestra was founded in 1983 by Alex Pauk, who continues to serve as Esprit’s Music Director and Conductor. He was recently appointed to the Order of Canada for his contributions to the development of contemporary Canadian orchestral music and for his promotion of Canadian composers. He has assembled a core of 65 leading Canadian musicians with the special skills and dedication required to perform contemporary orchestral music.

Currently in its 32nd season, Esprit Orchestra presents an annual four-concert subscription in Toronto at the acoustically acclaimed superb Koerner Hall, Esprit’s home venue since 2009. Esprit has an extensive discography and has recorded numerous soundtracks both for performing arts films as well as feature films providing Esprit with a global reach.

Every season, over 2000 young people participate in Esprit’s education programs. Esprit’s Toward A Living Art Education Program makes new music accessible by directly engaging young audiences in new listening experiences, and developing discussions with composers and performers. The program features free open rehearsals that promote active learning through exposure to new Canadian compositions and the rehearsal processes that bring them to life.

Creative Sparks is Esprit’s mentoring program connecting students with living composers and musicians through the creation of new student compositions to be performed by Esprit or students in combination with Esprit players. Over a three month-long period, students are guided in new forms of creative musical expression and the special performance techniques associated with them.

Esprit’s Education and Outreach programming along with our commissioning projects foster the development of young Canadian musicians and artists. Through these avenues, we are inspiring future generations of musicians and composers, as well as developing attuned and appreciative audiences. Maestro Alex Pauk has had much to do with revitalizing the Canadian orchestral music scene for audiences and Canadian composers alike. By founding Esprit Orchestra in 1983, he has provided a home and performance platform for new orchestral music. Through building the Orchestra and sustaining its high calibre performances, commissioning works from established and aspiring Canadian composers, innovative programming, recordings, and, education and outreach initiatives, Pauk has made Esprit a major force for developing and promoting Canadian music at home and abroad. Simply put, Esprit Orchestra is unique amongst all other orchestras in Canada.

In 2007, Alex Pauk was awarded the prestigious Canada Council for the Arts Molson Prize, and in 1999 was named Musician of the Year by peers at the Toronto Musicians’ Association. He has also been a recipient of The Louis Applebaum Award for Film Score Composition as well as the Golden Sheaf Award for Best Film Score at The Yorkton Film Festival.

In addition to conducting an outstanding annual series of concerts in Koerner Hall, one of Canada’s finest performing venues, he has led the Orchestra on several Canadian and European tours and has created innovative performances in alternative locations such as nightclubs, art galleries and the outdoors. He has conducted the CBC Vancouver Orchestra, the Québec Symphony, the Hannaford Street Silver Band and the Toronto Symphony.

As a composer he has composed more than sixty works and has a wide range of experience with works for every kind of performing ensemble in the concert hall and for theatre, film, television and dance companies.

In 2014, in recognition for his significant lifetime contribution to Canadian orchestral music, Alex Pauk was appointed to the Order of Canada, Canada’s highest civilian honour.

Ishii’s Mono-Prism brims with emotional, intoxicating energy. Seven Japanese taiko drummers provide the monochrome sounds which are set against the prismatic tone quality of the orchestra in an ever-changing tonal diversity and dynamism.

Wilson’s Dark Matter takes data from the Large Hadron Collider at CERN, the world’s largest particle accelerator, as raw material to be realized in poetic sound and vision. The groundbreaking search for elusive ‘new physics’ in the form of ‘dark matter’ provides inspiration for an exploration in image, electronic sound, and orchestral energy.

Fuhong Shi returns to Canada for the performance of her Concentric Circles. The world premiere of Chris Paul Harman’s new work for soprano and orchestra reinforces Esprit’s strong belief in and support for the composer’s exceptional creativity.

Artists and repertoire subject to change without notice.