STORIES | The Life Of A Pianist Turned Clothing Designer

“When I was younger, I wanted to be a concert pianist.”

The journey of Rosemarie Umetsu from budding concert pianist to designer of choice to the classical music set and host-patron of musical soirées is a circular one. In the beginning, it was all about the music, and the piano she studied and practiced at for hours on end.

Her grandmother was a couturier, and made all her clothes. At about age 14, as she recalls, her grandmother taught her patterning and other skills of the dress trade. It was a practical education that lasted several months, but seemed peripheral at the time. “She was going to be there forever, making clothes for me,” Rosemarie recalls.

But, the interest in fashion stuck. Even as she pursued her studies in music, first at the Trinity College of Music (now the Trinity Laban Conservatoire of Music and Dance) in London, UK, and later at the Royal Conservatory of Music in Toronto, Rosemarie was conscious of presentation on stage. “I was the one who would tell people, You are not wearing that for your recital!” she laughs. She would find ways to finagle gowns from the retailers on Bloor Street rather than let friends look dishevelled.

Her twin interests competed, and with fashion eventually winning out. Once Rosemarie had made the switch from music to fashion design, the change of direction seemed all-encompassing, and music seemed to be part of her past. After a few years working as a buyer in the upscale fashion market, she made her move and opened her own studio. “In 2004, we got into fashion just like any other designer. We were lucky, in that Holt Renfrew was one of the first to pick us up.” For about three years, her designs were sold in high end boutiques throughout North America, in London, and in her flagship store on Avenue Road in Toronto.

But, issues with the fashion market led to a re-evaluation. As she describes it, Rosemarie’s research led her to realize that about 50 percent of her clientele consisted of artists and writers – an extension of her social circle. Once she had pulled out of the boutique business, she focused on marketing and selling her designs to the artistic crowd via the Avenue Road store only.

The world of classical music in Toronto — in Canada — is a small one, and word-of-mouth quickly propelled her sales to a sustainable level. Today, she says that 90 percent of her clientele are artists, and of those, about 70 to 80 percent come from the world of classical music. Rosemarie credits the Atelier’s employees for playing a crucial role in its success. “I’m lucky to have an amazing staff,” she says.

She launched Atelier Rosemarie Umetsu at a time when even the relatively conservative world of classical music had to sit up and take notice of a new and highly visual era. Back in her student days, there might have been the luxury of ignoring on-stage appearances. “I think, in classical music circles, they make it all about the music.” That has changed, along with the rest of society. “There’s way too much competition nowadays. You look at rock musicians — it’s the full package,” she notes.

There are so many considerations when it comes to dressing musicians for performance that it lends itself to a bespoke couture model that she calls a collaboration. “I get to work with the artist.” That work occurs on several levels. Rosemarie takes note of the performer’s overall personality, including any body issues they may have. Then there are specific considerations related to the genre. Pianists and conductors must have plenty of room for arm movement, while singers need the space to fully inhale and use torso musculature as required. Violinists and viola players? “They’re lopsided,” she explains. Cutting the garments for the necessary movement is essential.

Then, there is repertoire. A singer performing German lieder needs a different look than at a recital of Carmen arias. Is the venue large or more intimate? “I look at is as an athlete – it should enhance their performance.”

Red carpet affairs call for a different set of criteria. A lover of rich fabrics, Rosemarie is also highly conscious of concert schedules and travel. Her designed ideally require no ironing or other routine maintenance. Overall, the design is a methodical process that is unique to the individual and occasion. “It’s a blend of the artistic and technical.”

Her designs are elegant and – naturally – move beautifully. “I’m very architectural and geometrical in my designs,” Rosemarie says. Her gowns aren’t meant to melt into the background. “It’s got a statement. If someone wants to stay out of the spotlight, we’re not the design house for them.”

Along with a bold impact on stage, clients get a unique look. “No two things are the same. Once I sell a dress, I won’t replicate it again.”

Fully immersed back into the world of music along with design these days, Rosemarie’s Atelier on Davenport also doubles as a performance venue, complete with a grand piano thanks to an arrangement with Yamaha Canada. The space is used for rehearsals and photo shoots, and hosts a series of concerts featuring emerging classical musicians under the official moniker Yamaha Recital Space At Atelier Rosemarie Umetsu that launched in spring 2017, and continues through spring 2018.

These days, the gleaming concert piano and racks of beautifully draped gowns occupy the same room.

Audiences are in for a royal treat when rising British superstar cellist Sheku Kanneh-Mason marks his Toronto debut at Koerner Hall on May 6th.
(Continue reading)
Read the full story Comments
Share this article
lv_toronto_banner_high_590x300 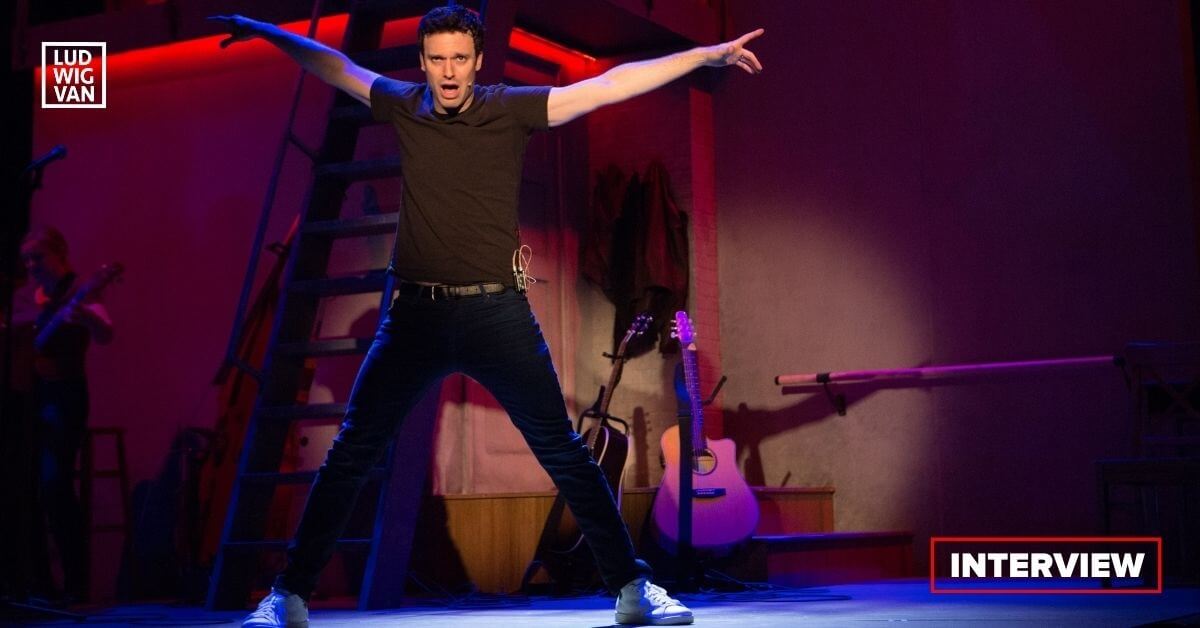 Singer/actor Jake Epstein talks about a career on Broadway, and circling back to where it began: on stage at the Royal Alex.
(Continue reading)
Read the full story Comments
Share this article
lv_toronto_ssb_atf_300x300
lv_toronto_ssb_high_300x300