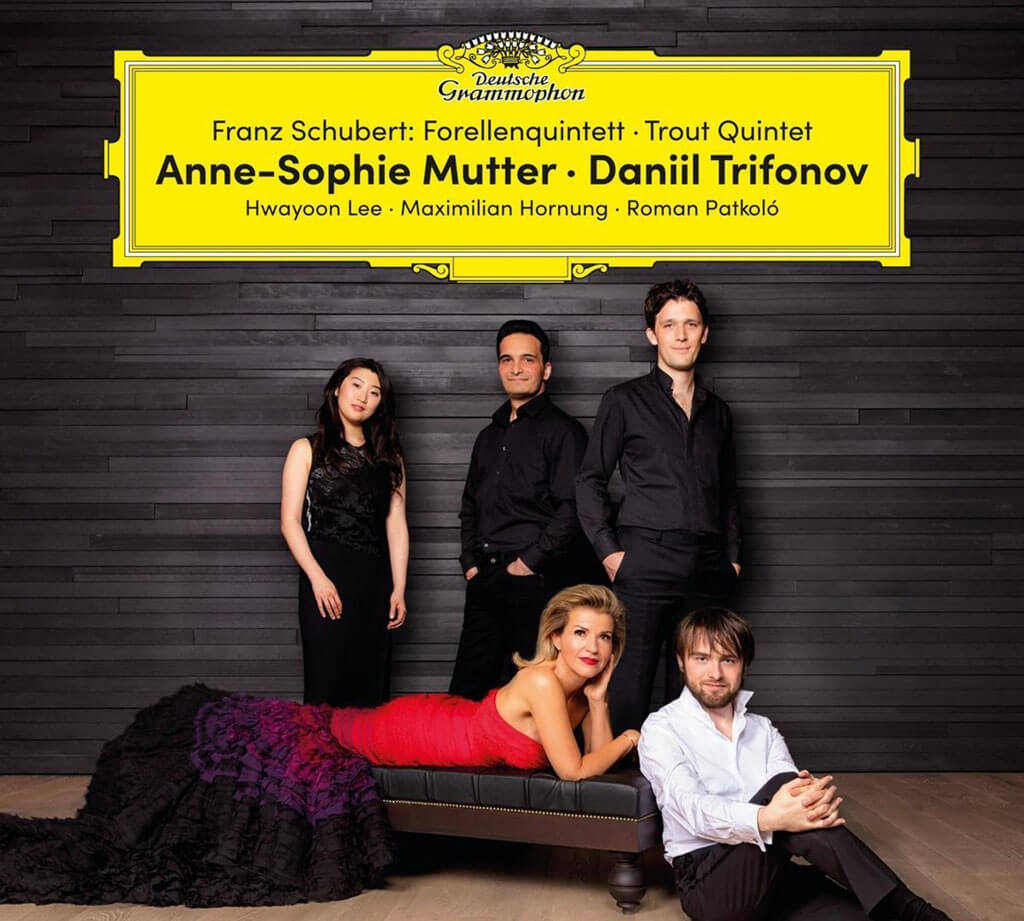 There are five trouts on the cover of DG’s new release and it’s clear from the photo that some are more pouty than others. Anne-Sophie Mutter (violin) takes up the most space, reclining on a divan. Sitting on the bare floor is Daniel Trifonov (piano). In the dark background are Hwayoon Lee (viola), Maximilian Hornung (cello) and Roman Patkolo (bass).

If this were just a ranking of record industry hierarchies it would hardly be worth a mention, but the recording is unbalanced to a sharper-than-natural focus on violin and piano, to the detriment of the rest. There are some treasurable effects from Mutter and, in particular, Trifonov, who finds a delicious textural delicacy, but this is no sense an even ensemble and there is a didactic, overly-meuniered aspect to some of the movement openings. The Forelle section lacks singing quality.

The great Trout quintets on record have a quasi-domestic spontaneity and familiarity, as if just played in your living room. Curzon and Gilels achieve that with the Amadeus, Schiff with the Hagens and Barenboim with friends on the indelible Christopher Nupen video. This live recording from Baden-Baden last summer is not among the front-row contenders.

The fillers — Trio D897 and two song transcriptions for violin and piano — are short measure. The entire album amounts to less than 55 minutes of music. Not, in any sense, enough.

Schubert: Trout Quintet is available at amazon.ca and iTunes.