YEAR IN REVIEW | Looking Back At The Best Shows Of 2016

As 2016 comes to a close, we have been reflecting on our favourite concerts of the year. And what a year it has been. While it was difficult to choose just one (or two if we must), it goes without saying that almost all of us would have liked to have included more than one. In fact, there was much discussion amongst ourselves at the MT headquarters about their picks, but one thing is certain: our choices were made with as much prudence as we could muster. So here they are, in no particular order:

Against The Grain Theatre, Ayre

I first heard Against The Grain’s Ayre at the Ottawa International Chamber Music Festival last summer, before they brought it Toronto this season at the Ismaili Centre. Although Osvaldo Golijov’s score was originally written for soprano Dawn Upshaw, after hearing soprano Miriam Khalil take on the role, it seemed destined to be her’s all along. AtG’s production represented what I believe will be an increasingly important direction in classical music; an approach that not only looks, but sounds like our ever-changing cultural mosaic.

Even in an operatically well-endowed city like Toronto, it’s rare to experience a production where everything comes together as neatly and powerfully as in the one-hour Rocking Horse Winner, which was presented by Tapestry Opera at the Berkeley Street Theatre at the start of summer. Co-commissioned by Tapestry and Scottish Opera the adaptation of D.H. Lawrence’s short story by Canadian librettist Anna Chatterton was spot-on, and Scottish composer Gareth Williams’ music achieved maximum emotional impact with a minimum of material. Soprano Carla Huhtanen and tenor Asitha Tennekoon were standouts as mother and doomed son. Michael Mori’s staging was intelligent and engaging. This was a remarkable feat for any company, even more so for a small one.

Operatically speaking, it’s a tie! I loved both Siegfried and Norma, and it’s impossible for me to pick just one. Siegfried had great singing (from Christine Goerke and Stefan Vinke) and terrific conducting from Johannes Debus, in his Ring debut, no less. The production by Francois Girard, first seen in 2006, was the best of the four COC Ring operas. On the same exalted level was the brilliant vocalism of Sondra Radvanovsky, hands down the greatest Norma on the planet today. I don’t say that lightly, as I have heard most of them! Her voice is a force of nature, with powerful fortissimos combined with stunning, incredibly hushed pianissimos, backed by a bullet-proof technique. Nobody has the long breath-line she possesses today. 2016 was a great year for Toronto opera fans.

With Shostakovich’s Fifth (TSO and Long Yu) and Brahms’s Second (Berlin Philharmonic and Simon Rattle) still lodged in my short-term memory, I must rewind way, way back to January and nominate Siegfried as revived by the Canadian Opera Company as the Toronto highlight of 2016. The production of François Girard (direction) and Michael Levine (design) certainly had its oddities, but the psychological truth of the whole somehow held steady. Stefan Vinke, a fine German tenor of medium strength, created a three-dimensional portrait of the title character. If Christine Goerke as Brünnhilde had a stellar rather than super stellar opening night, stellar was good enough. Alan Held, another American, was a fascinating as Wotan in his failing Wanderer guise.

Johannes Debus was firmly in charge of the COC Orchestra. The company music director (who recently on CBC Radio 2 chose Monteverdi’s Orfeo as the “best opera ever”) is becoming a Wagnerian in spite of himself. And whatever else might be said about the eight-year reign of Alexander Neef, the COC’s general director has kept Wagner in the company repertoire. Elsewhere in Canada (discounting concert performances, notably by Kent Nagano the Montreal Symphony Orchestra, and an enterprising reduction of Das Rheingold by Pacific Opera Victoria in 2014) Wagner is regarded as a German composer who wrote The Flying Dutchman and then disappeared from view.

The best thing I’ve heard is the Luminous Night Festival Gala Concert, the 2016 edition of the Choral Encounters project, Ola Gjeilo was brought to Toronto. The Luminous Night gala concert featured the University of Toronto Faculty of Music’s Women’s Chamber Choir, Macmillan Singers and Exultate Chamber Singers under Hilary Apfelstadt; Resonance, the youth choir of the Mississauga Festival Choir, conducted by Bob Anderson; the Yorkminster Park Baptist Church Choir, conducted by William Maddox; and the Orpheus Choir, conducted by Bob Cooper. Their interpretations of his work were exquisite and the Sunrise Mass with the Talisker Players was especially lovely.

Kathleen Battle’s presentation of slave spirituals and abolitionist writings was an exultant assertion of Lincoln’s proclamation that “all men are created equal.” Battle’s beauty, warmth, carriage, and tone left me feeling I’d seen a legend. When she sang the words “Avadim Hayenu B’Mitzraim” which means “we were slaves in Egypt”, taken from the Jewish text which tells the story of the Hebrew slaves’ liberation from Pharaoh ), I was reminded that solidarity between communities is created when a common struggle is expressed, and that song is the greatest mode of this narrative.

Continuum’s final concert ravAGE easily stands as my favorite. Post-digital in outlook and style (with multimedia to boot), this is what should be expected of great new music. Other great concerts include Sound Streams Steve Reich at 80. However, no concert was as brilliant in addressing the idiosyncrasies and anxieties of the contemporaneous.

Paul E Robinson: (Editor’s note: As Paul spends much of the year traveling around the continent covering classical music, we felt it would be appropriate to have him select his favourite from his wider purview)

As it happens, many of the best performances I heard in 2016 were in the opera house. Topping everything was the Sarasota Opera in Florida. For many years they have been presenting Verdi operas, in carefully researched and historically accurate productions, and this past March they concluded their cycle of all 33 Verdi operas including revised and alternative versions. Conductor Victor DeRenzi was the mastermind for this mammoth project, and he completed it this year with brilliant productions of La Battaglia di Legnano and Aida as well as a generous selection of songs, choral works and orchestral music from Verdi’s early years. 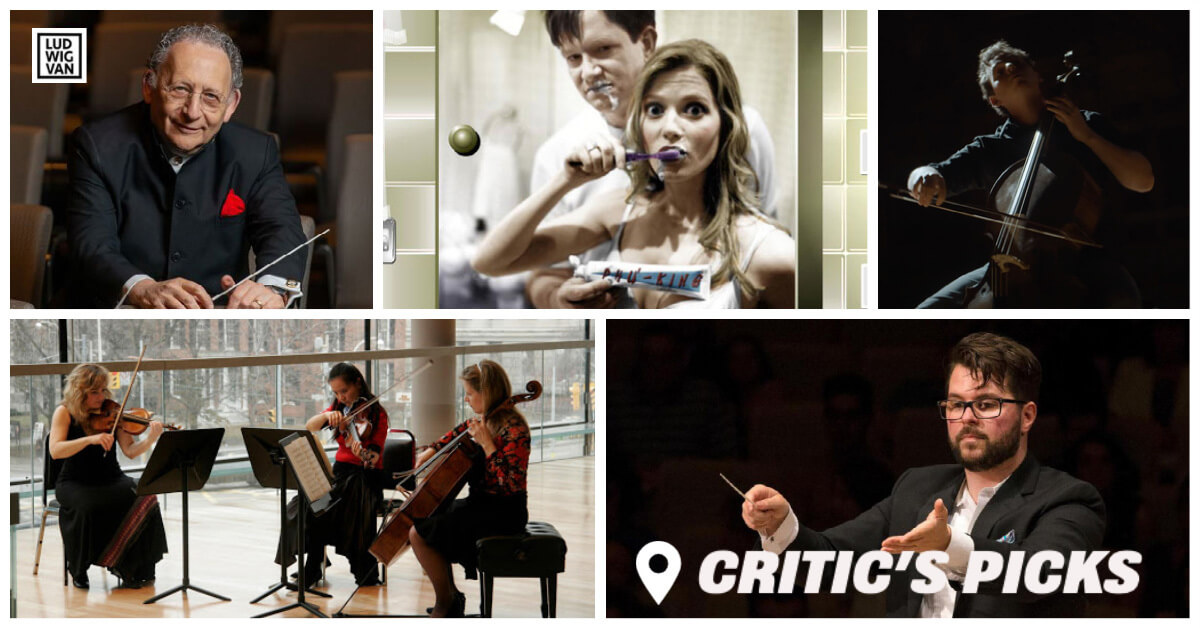 Classical music and opera events streaming on the web for the week of March 29 – April 4.
(Continue reading)
Read the full story Comments
Share this article
lv_toronto_banner_high_590x300

PREVIEW | The Shoah Songbook: The Search For Jewish Composers Lost In The Holocaust 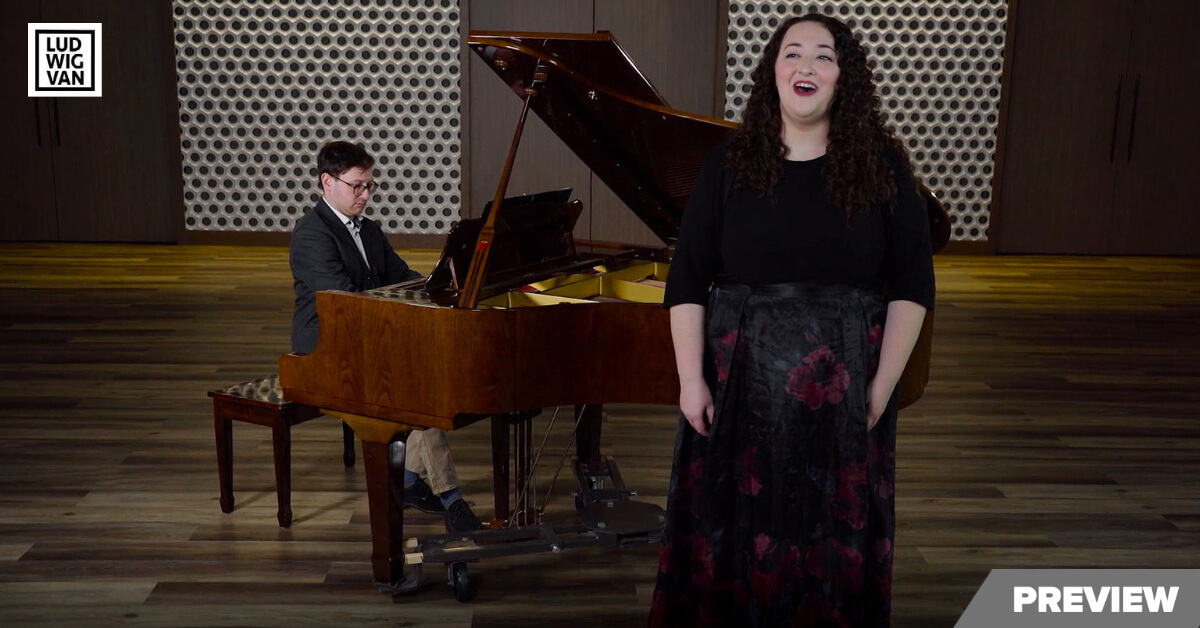