Before I arrived in Stratford for my annual review of the festival’s music theatre productions, I was especially looking forward to Gary Griffin’s production of Sondheim’s A Little Night Music. In its history, the Stratford Festival has programmed only one other Sondheim show  — Into the Woods in 2005 — although its vastly experienced ensemble is perhaps uniquely equipped to do justice to many of Sondheim’s sophisticated works. As it happens, I found Stratford’s A Little Night Music disappointing. On the other hand, I had limited expectations for A Chorus Line, and it turned out to be sensational in every respect.

After so many years of working at the genre, the Stratford Festival has become one of North America’s leading producers of American musicals. In recent years, its productions of The Sound of Music, The Music Man, Fiddler on the Roof, Oklahoma and so many others have compared favourably with anything presented on Broadway. The company has developed a core of directors, choreographers, dancers and singers to rival the best anywhere.

For sheer consistency and imagination, no one has done it better than the dancer, choreographer, and most recently, director, Donna Feore. Feore excels at taking a large cast and shaping complicated dance numbers up to a level of near-military precision while balancing discipline with infectious enthusiasm, as she has done with A Chorus Line this season.

The 1975 Broadway classic, A Chorus Line, is about the lives of those usually anonymous members of the chorus who provide the essential core for Broadway shows year after year. They are seldom named, even though the competition concerning physical beauty, endurance and dancing excellence to get into such shows is ferocious. Almost by definition, this means that youth is a primary requirement; such being the case, chorus members reach the end of their careers in their early thirties. Although it is clearly a tough life, thousands of young people head to New York every season to fight and claw their way onto the stage.

A Chorus Line takes us behind the scenes to witness an audition in progress as more than twenty dancers rehearse the steps in a new show under the watchful eye of choreographer Zach. By the end of the auditions, Zach will have selected eight dancers to be in the show, and the rest will have been sent home. At the beginning of the show, we see the general audition, and then Zach starts to probe more deeply. At the back of the darkened theatre, he becomes a disembodied voice asking each of the dancers to talk about themselves and convince him that they deserve a place in the show. This process becomes an often painful examination of the history and psyche of some very vulnerable boys and girls. Conor Scully was especially affecting as Paul, the young man making his way to success via drag roles. Julia McLellan all but stopped the show as Val, the gutsy girl who undergoes surgery to enhance her physical appearance and sings about it with bravura in “Dance: Ten; Looks: Three” or as it is also known, “Tits and Ass.”

The young hopefuls bare their souls before Zach, but none suffers more humiliation than Cassie, Zach’s former lover, a sometime star, and now desperate to find work – any work. Dayna Tietzen as Cassie was utterly degraded in front of the whole group, and we felt her pain.

Finally, after several hours of intensive soul-baring in the rehearsal room, the names of the eight survivors are announced, and the ordeal is over for everyone. In a clever curtain call, all the dancers, wearing dazzling gold costumes, come together for a grand finale. The magic of being on stage in a professional show is what made each one of them work so hard and suffer so much. Is it worth it? Who knows? But in this final knock-out number, the individual dancers we got to know earlier are anonymous once again, simply cogs in the wheel as the merciless entertainment business grinds on.

Zach is a godlike figure, controlling the destinies of these aspiring dancers and yet he is one of them. Through Cassie, we learn that Zach aspired to be a theatre director but remains a choreographer, and even that authority and success hangs by a thread. In the final dance number, Zach has joined the chorus, ultimately only one of many talented but anonymous dancers in the chorus line. Juan Chioran brilliantly captures Zach’s cruel arrogance, as well as the insecurity he too lives with day by day in a business that knows neither mercy nor justice.

A Chorus Line is a show about dancing and what it means to be a dancer. Young dancers will either find the show inspirational or proof that the path to dancing stardom is fraught with peril and ought to be avoided at all costs. In this sense it does for dance what the Powell-Pressburger film The Red Shoes did for ballet in 1948; both works open doors and close them at the same time.

Steven Sondheim, one of the great creators of American musical theatre over the past forty years, has made his reputation as a writer and composer of uncommon insight and creativity, the creator of real characters in complex, and often destructive relationships. And yet it has always seemed to me that his genius for words far outweighs his gift for musical composition. While admirers point to the complexity of Sondheim’s score in A Little Night Music, not much of the music is truly memorable. “Serviceable” is a word that comes more readily to mind. In my opinion, the lyrics in A Little Night Music more often catch the ears and stimulate the minds of audience members than does their rarely original, largely ¾ time musical accompaniment.

Early on in this new Stratford production, Ben Carlson (Fredrik Egerman) gets things off on the right foot by singing his solo “Now” with an ideal clarity of diction. Carlson doesn’t have a great voice, but we understood every word he sang. Juan Chioran (Count Carl-Magnus Malcolm) and Gabriel Antonacci (Henrik Egerman), also did full justice to the lyrics. The ladies? Not so much. Yanna McIntosh (Desirée)  didn’t do much with either the words or the music in the familiar “Send in the Clowns.”

That said, the major disappointments for me had more to do with two elements that undermined the entire production: Debra Hanson’s set design and the Avon Theatre sound system.

Much of Hanson’s set design for this production was absurd in the extreme. While the entire cast went through their paces wearing costumes appropriate for the time and place of the story — Sweden in 1900 —Hanson felt compelled to give us two enormous backdrops that seemed to belong to some other show.

In the first act, we had a veritable forest of tall, smoking towers – intended perhaps to suggest the play was set in some ugly, industrial wasteland, completely antithetical to the real woods in the country in the second act. Later, a gigantic “painting” ostensibly depicting two naked men engaged in foreplay, was lowered to tower behind the characters on stage.

I would suggest that when the set designer is providing what could be interpreted as a commentary on the play, rather than contributing to the story and spirit of the play itself, the result can be, and in this case was, lamentable.

The other element that shook me out of Sondheim’s world, to say nothing of its assault on my ears, was the Avon Theatre sound system, which is, quite simply, inadequate to the task of faithfully transmitting sound — spoken and sung — from the stage to the very back of the hall. From the opening of the show, in which the Greek Quintet seemed to be screaming rather than singing, to the tinny emasculated sound of the 19-piece orchestra, the Avon Theatre sound system failed miserably to do its job. Both singers and musicians seemed to be offering their best, but their efforts were in vain. They deserve better, and Stratford can do better. Why bother putting fine artists on stage and in the pit, only to ultimately reduce their heroic music-making to the sound of a transistor radio circa 1955?

Stratford can and should do Sondheim regularly, giving it the respect and understanding it deserves. And, by the way, let’s not hear any complaints that A Chorus Line and A Little Night Music are merely Broadway shows anyway and ought not to be taken seriously. This is American musical theatre at its best, folks, and that best belongs in the company of the finest opera, operetta, opéra-comique, Singspiel, zarazuela, or what have you, past or present. Sondheim’s musical theatre pieces are done regularly by opera companies around the world.

For something more… Stratford has always been renowned for great theatre, but in between shows, one can also one find great food around nearly every corner. That said, things do change over time. Rundles and the Prune, with their high-end presentations, continue as before, but the Church is no more. Keystone Alley was gone in October 2015, but thankfully, as of Spring 2016, it is back and better than ever. Husband and wife team Anthony Jordaan and Kimberley Hurley are running it now, and I can tell you from my recent culinary experience there, that executive chef Cortney Zettler is performing magic in the Keystone Alley kitchen.

[Correction: August 2, 2016. The set designer for A Little Night Music should be credited as Debra Hanson, not Michael Gianfrancesco, as previously stated.] 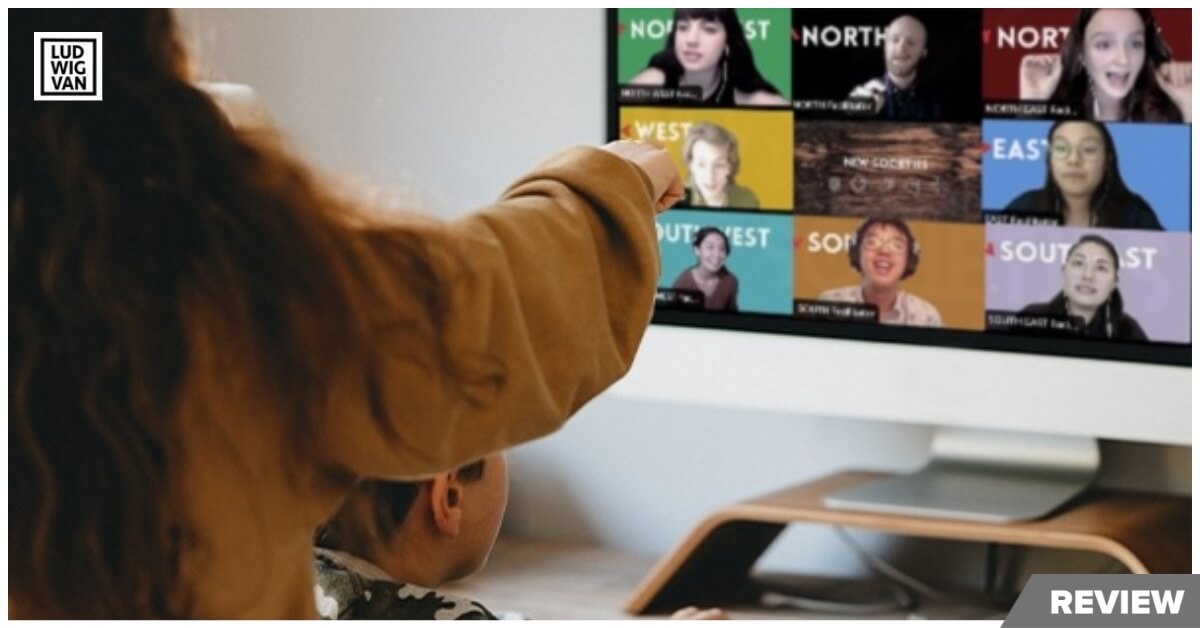 'New Societies' is an interactive mix of board game strategy and theatre as teams collaborate and compete to survive.
(Continue reading)
Read the full story Comments
Share this article
lv_toronto_banner_high_590x300 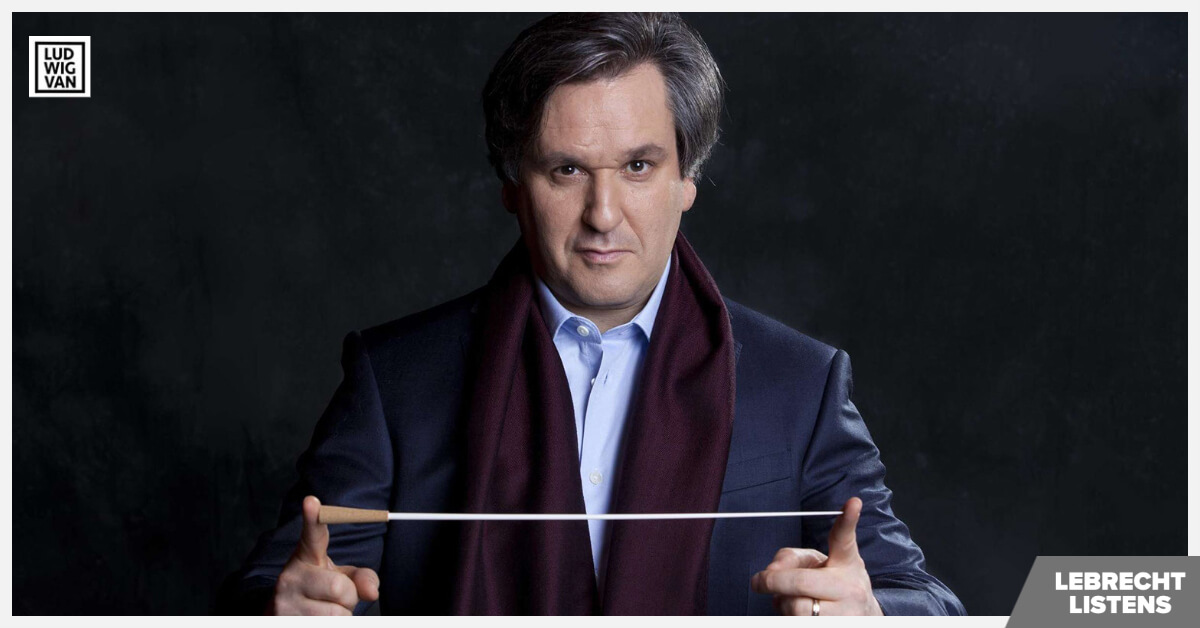 The London Symphony Orchestra and its new chief conductor Antonio Pappano let the music say it all on this new recording of Vaughan Williams symphonies.
(Continue reading)
Read the full story Comments
Share this article