FEATURE | Opera for All: A Community In Concert

Sunday afternoon, eight weeks after the first rehearsal, the Opera For All Community Chorus took their positions on the stage and the risers in the mostly filled 750 seat Jeanne Lamon Hall, trained their eyes on Maestro Alvaro Lozano Gutierrez, took a deep breath and launched into a spirited rendition of The Anvil Chorus. To say that we had moved through a learning curve during those eight weeks would be an understatement: we’d reached the peak of a learning mountain.  Many of us, myself included, had never sung in a choir before, let alone performed in a prominent concert venue, and a subsection of people did not read music.  It’s safe to say the most of us are not native Italian speakers and had to learn the lyrics phonetically.  And for a lot of us, holding onto the harmonic lines as our different sections diverged was a new challenge.

Yet we confidently performed seven venerable opera choruses, including The Voyager’s Chorus from Mozart’s Idomeneo, Brindisi “Libiamo” from Verdi’s La Traviata, Va Pensiero, from Verdi’s Nabucco and literally ended on a note of triumph with the Triumphal March from Aida, in which we were joined by the delightful Rose Avenue Public School Junior Choir, who substituted as horns by singing through paper cones from the balcony. We came in on cue, paused precisely during the rests, raised our voices to crescendos and dropped our volume to pianissimos, and sang with heartfelt emotion.  All these skills were imparted to us over the course of the eight weeks, by Alvaro, whose motto from the outset, even when people were uncertain as to which vocal section to join, what section of the score we were singing, where the lyric sheets were, how to pronounce the words, or whether they were singing on pitch was: Don’t Panic.

This was one of his most comprehensible dictums, unlike many of his other instructions, because the Spanish-born baritone and conductor’s English is a work in progress.  Over time he picked up such phrases as “From the Top”, and his English became more sophisticated, but often he had to pantomime what he wanted, or demonstrate by singing so we could just copy him.  This made rehearsals perplexing at times, as well as richly entertaining as he acted out the moods and nuances of the music and explained the operas from which they came.  While coaching us on La Zingarella from La Traviata, he wanted us to shift rapidly from menacing to light-hearted, so explained that Verdi is “ Vipp-oh-la,” which we eventually realized was Bi-Polar. Even though I couldn’t always understand Alvaro’s language, his comedic brilliance, and mimetic skill made his musical intentions crystal clear.

Having a performance to prepare for added a palpable but beneficial pressure to the program, which, while intended to make singing opera accessible and fun, still had musical ambition. Signing up for a non-auditioned program of tuneful Opera crowd-pleasers, I expected the rehearsals to be something like a rousing singsong.  When I learned that I was expected to practice at home at least 20 minutes a day I realized that it was wishful thinking to imagine mastering 7 opera choruses in eight 90-minute rehearsals.   My sense is that many of my fellow singers similarly adapted to reality, and took the challenge seriously.  We had the option of a daytime or evening rehearsal, and several people came to both each week.  I noticed people after class huddled together, practicing phrases with the focused look of intense listening.  One chorister I ran into was carrying her lyrics with her so she could practice on the go and another mentioned that she went to the library to listen to the operas, and rehearsal attendance held steady.

As the performance approached Alvaro assured us that what mattered was the rehearsals, not the concert, and though I appreciate this “journey-not-the-destination” sentiment, I have to say that the performance was not only thrilling, but culminated the entire experience in a transformative way.  For one thing, for a frequent concertgoer such as myself, it is almost like stepping through the looking glass to be the one facing the audience rather than sitting in it.  Being arranged on the stage and risers, and finding myself in the front row, looking out into a darkened auditorium,  having a stage light shining in my eye for over an hour,  singing steadily through each piece instead of pausing to correct and tweak phrases, even appraising how each of us interpreted the dress code of “all black with a splash of colour” , and most of all facing the conductor instead of watching his back, was all novel and fascinating.  And the performance itself was a genuine experience of what psychologist Mihaly Csikszentmihalyi calls flow—deep immersion and energized focus in a demanding but gratifying project.  My concern was not to please the audience but to do justice to the music, and to fulfill Alvaro’s goals.  Monitoring myself, listening to the voices around me, and watching the Maestro, resulted in a sense of accomplishment that made the audience’s applause welcome but secondary.

The warm enthusiasm of the audience, mostly consisting of family and friends of the choir, gives no indication of how well we sang, and Musical Toronto’s opera critic, Joseph So is currently making do with the Deutsche Opera in Berlin so wasn’t there to appraise us.  I could certainly detect moments when our diction was foggy, and some sections were out of synch, and I heard the occasional sour note — usually my own.  But overall, we did Alvaro proud, which he registered throughout the performance by rising an approving thumb after we got something right.

Opera for All 2016 is underwritten by the Miles Nadal JCC Music Scholarship and Innovation Fund.  The project lead, and Assistant Executive Director of the MNJCC, Harriet Wichin, informed the audience that in addition to the 100-plus choir members, there were another 500 people involved in the project.  Aside from this program, there are about 25,000 hours of musical programming a year taking place at the MNJCC.  “We believe that creativity and wellness can bloom at every stage of life,” Wichin told me.  This sentiment must be shared by the extensive list of partners in this project: the Canadian Opera Company, The Bloor Street Culture Corridor, the Ontario Trillium Foundation, The Istituto Italiano di Cultura Toronto, The Alliance Francaise, the Al Green Theatre, the Consul General of the Kingdom of Spain, the United Way of Toronto and York Region, and the UJA Federation of Greater Toronto.  Regardless of the caliber of our performance, the collaboration of so many organizations from so many communities is an impressive achievement in itself. 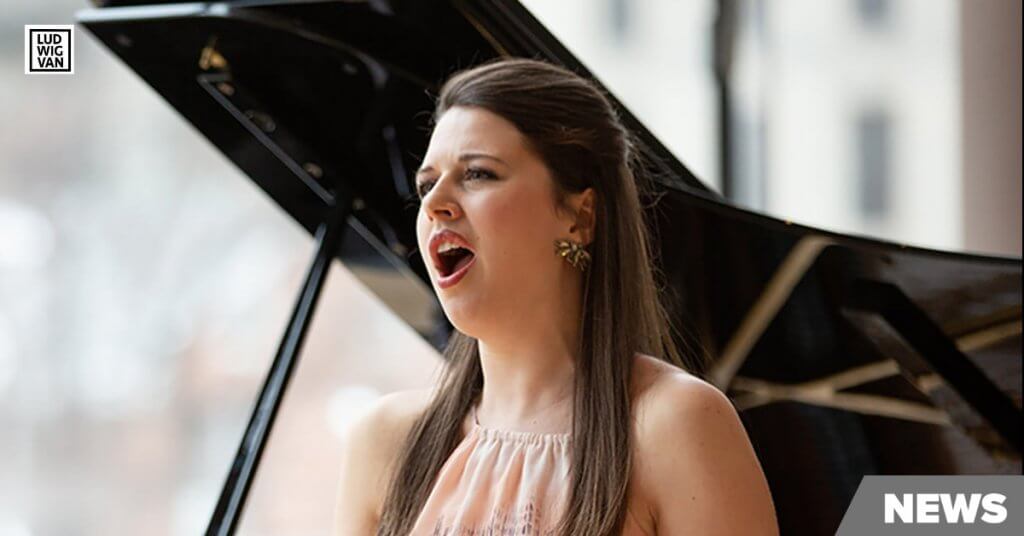 With the limited options for presenting in-person opera during the COVID-19 pandemic in Toronto, the Canadian Opera Company has announced plans to temporarily pivot away from live events with a mostly digital season.
(Continue reading)
Read the full story Comments
Share this article
lv_toronto_banner_high_590x300 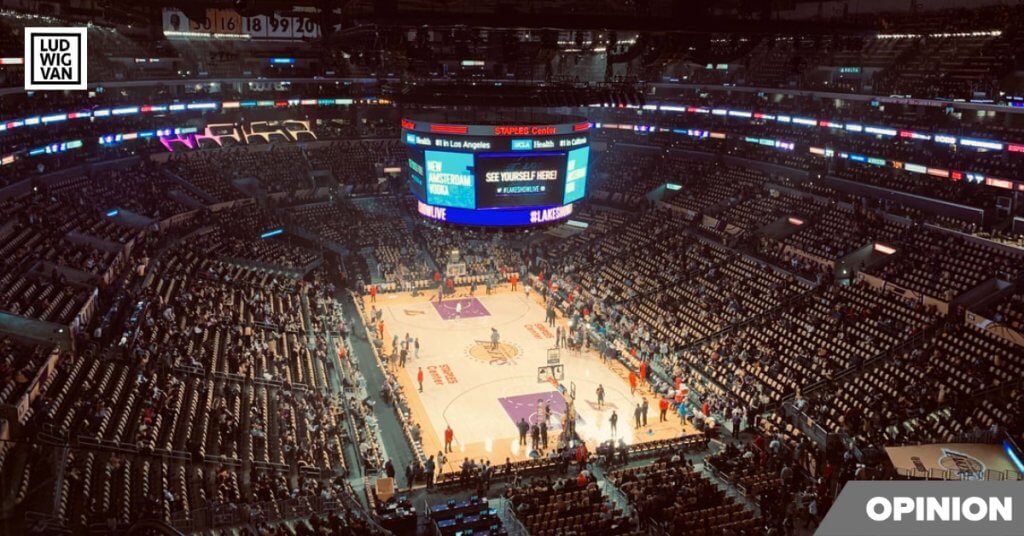 With live concerts in question, the performing arts should look to how the NBA has continued to thrive during the pandemic.
(Continue reading)
Read the full story Comments
Share this article

FEATURE | Anna Chatterton: An Independent Theatre Artist In A Time Of Plague 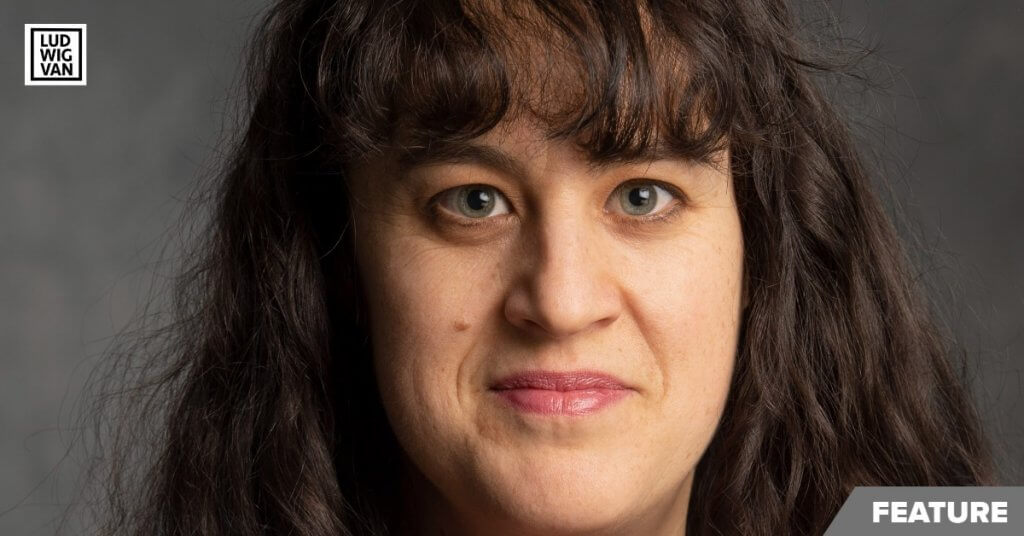