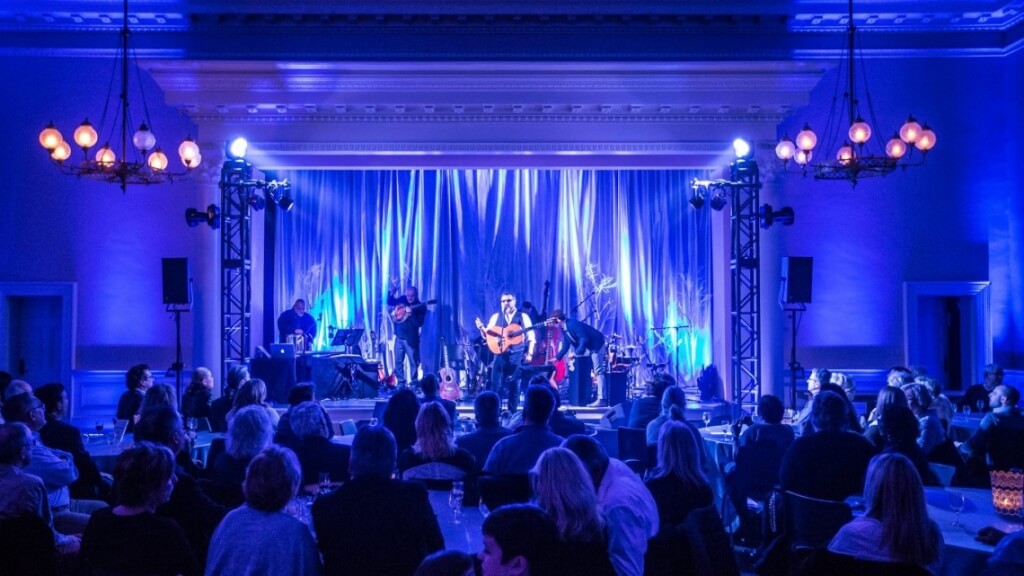 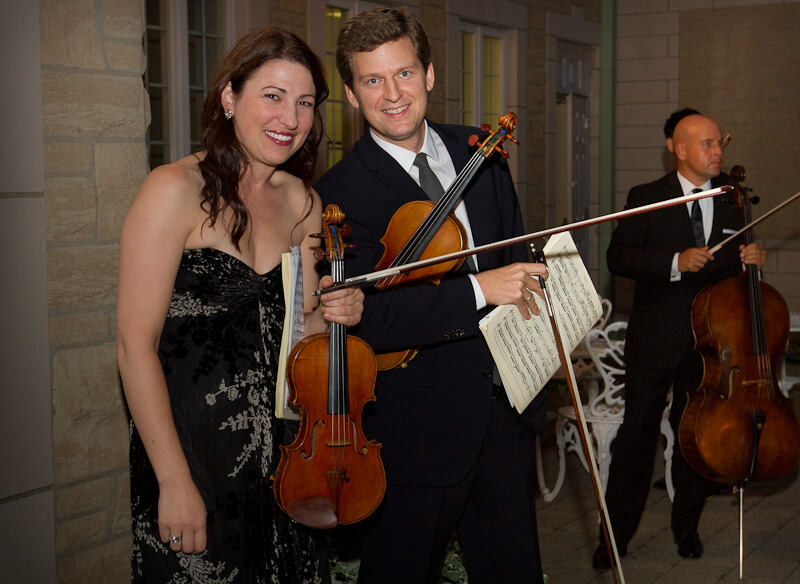 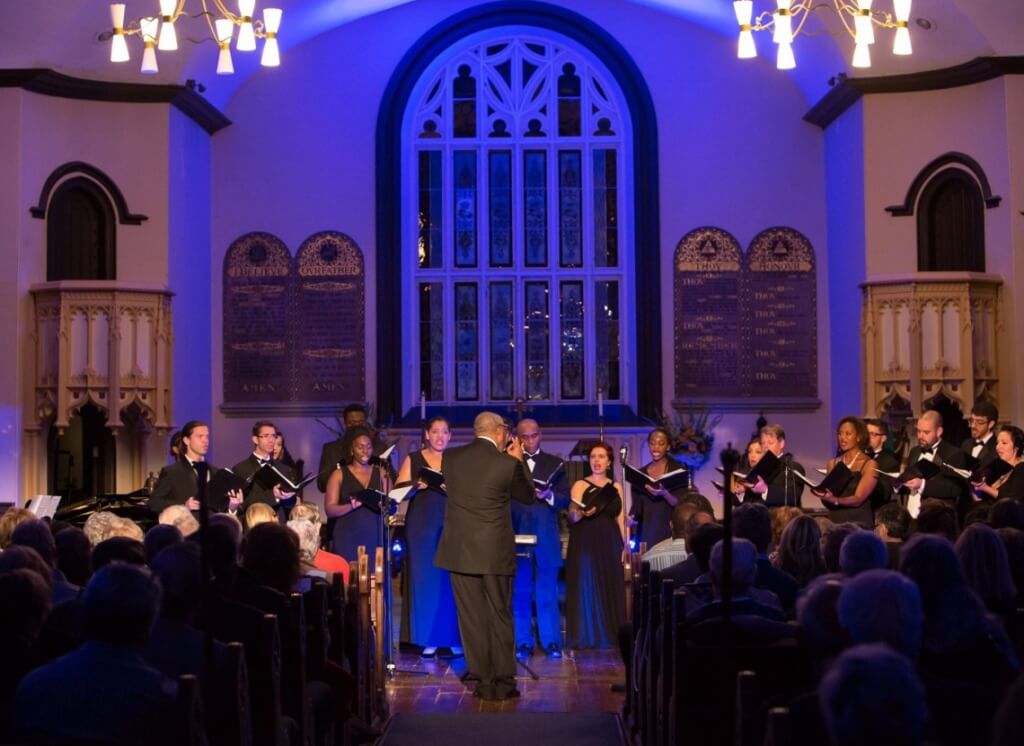 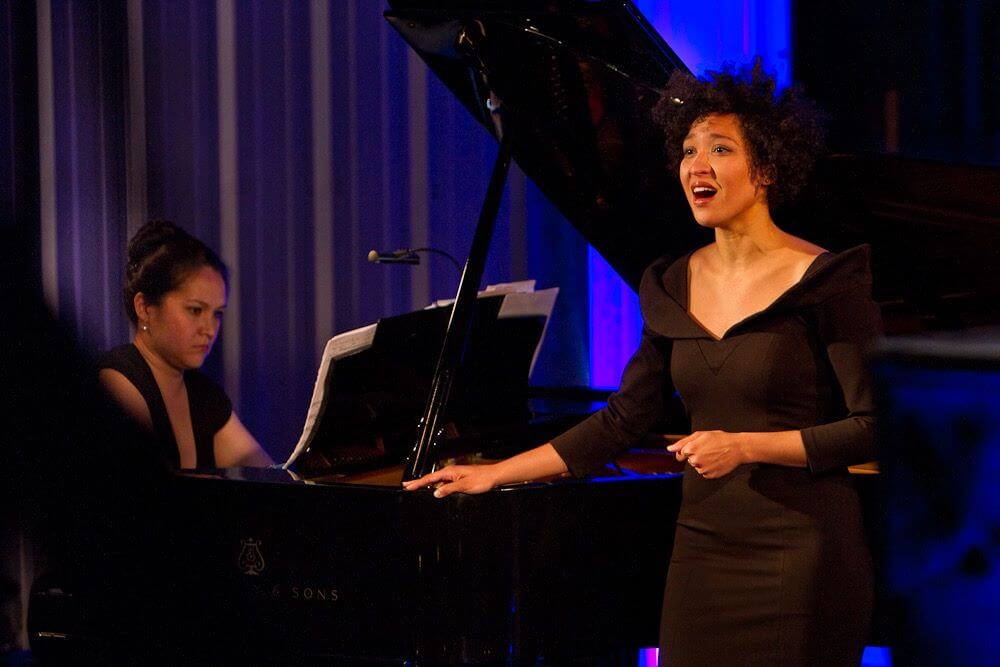 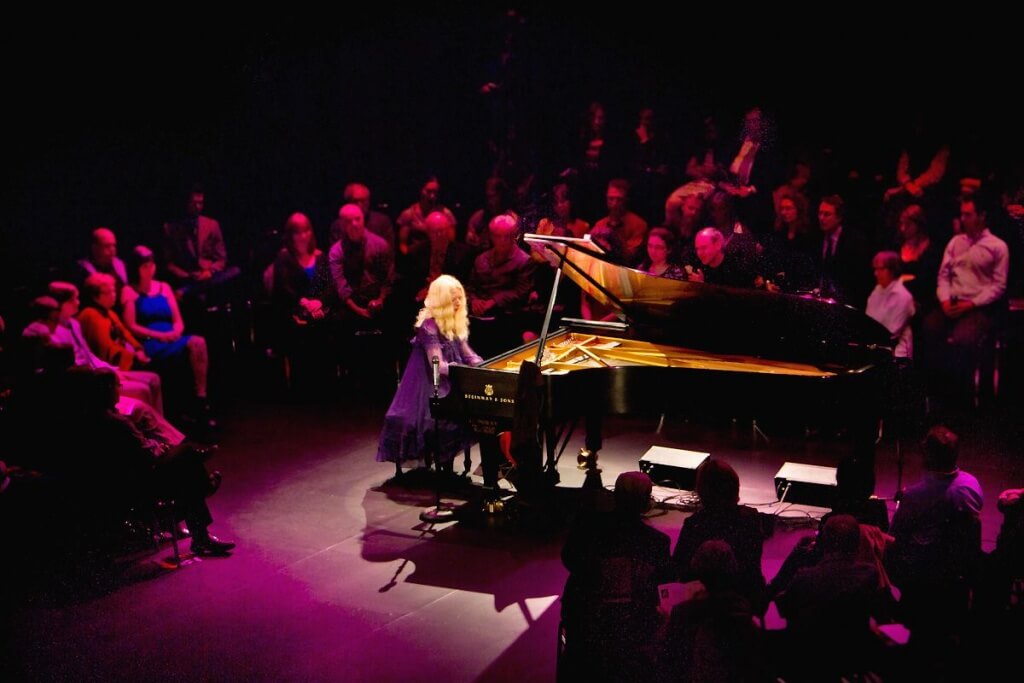 Founded in 2014, Bravo Niagara! Festival of the Arts is a not-for-profit organization dedicated to defining Niagara-on-the-Lake as an international destination for world-class music and intimate, innovative performances of the highest calibre.

Past artists include some of the greatest classical artists to the top names in jazz, including James Ehnes, Mari Kodama, Valentina Lisitsa, the Nathaniel Dett Chorale, Wycliffe Gordon, Molly Johnson, and more.

Set in Canada’s Prettiest Town, Bravo Niagara! performances create a “Symphony of the Senses” that combine music, wine, culinary and visual arts with Niagara-on-the-Lake’s natural beauty, historic riches, and awe-inspiring wonders.  Bravo Niagara! believes that “the sum is greater than the parts,” and thus the synthesis of these art forms has the potential to create extraordinary multi-sensory concert experiences. Artistic Director Christine Mori began her musical studies at the Royal Conservatory of Music with Boris Berlin. She studied with André Watts at Tanglewood and attended the Aspen Music Festival & School, Mozarteum Salzburg, and later The Juilliard School.

Upon graduation from Juilliard, Christine began her career with the Florida Orchestra where she performed as pianist for 30 years with artists ranging from Isaac Stern to Bobby McFerrin. Bravo Niagara! begins a new chapter in Christine’s musical career that reconnects her with her Canadian roots. She is excited to bring her experience and love of music to the community of Niagara-on-the-Lake and hopes her innovative approach to the concert-going experience will attract new audiences and ensure a life-long appreciate of the arts.

As the “musician’s kid,” Alexis Spieldenner spent much of her childhood growing up backstage. A Duke University alumna (’13), Alexis graduated with High Distinction in International Comparative Studies. She also worked alongside the Vice Provost for the Arts on various music and social entrepreneurship initiatives, performed as harpist for the Duke Symphony Orchestra, and worked for KidZNotes, an El Sistema-inspired organization that provides classical music education for children at risk.

On May 6-7, 2016, experience the synergy of music and wine and a “Symphony of the Senses” as Bravo Niagara! presents the 3rd Annual Spring into Music @ Stratus. Witness the Stratus Vineyards Press Alley transform from a working winery into an intimate, industrial chic concert hall with a 9-foot concert grand taking centre stage. This one-of-a-kind #PianoParty will celebrate the piano with performances by some of the world’s finest pop, jazz, and classical pianists. Limited tickets are available. Tickets include Stratus wine.

Double Bill With Peter Bence and the Laila Biali Trio

YouTube pop piano sensation Peter Bence makes his Canadian debut. Peter Bence’s innovative arrangements and compositions make him of the most watched rising artists on the internet today. His rendition of Michael Jackson’s hit “Bad” was featured on Ellen DeGeneres’ “Ellentube” and has since gone viral with over 17 million views.Award-winning Canadian pianist and vocalist

Award-winning Canadian pianist and vocalist Laila Biali has been garnering worldwide recognition for her music which she has performed at prestigious venues including the North Sea Jazz Festival, Tokyo’s Cotton Club, and Carnegie Hall. She effortlessly melds traditional jazz with contemporary pop and has toured with GRAMMY award winners Chris Botti, Paula Cole and Suzanne Vega, and recorded with and supported international icon, Sting.

May 7 at 1pm: 17-year-old Canadian pianist Tony Yike Yang’s most recent success at the 17th International Fryderyk Chopin Piano Competition led him to become the competition’s youngest ever laureate, winning the 5th prize at the age of 16. In previous years, Tony has won the first prize at the Thomas and Evon Cooper International Piano Competition (Oberlin, 2014), and the Bosendorfer and Yamaha USASU International Junior Piano Competition (Phoenix, 2013). He recently embarked on the Chopin Competition prizewinners’ tour in Japan and Korea and will record for CBC’s “In Concert” as their Young Artist of 2016. Tony Yike Yang was also recently named one of 25 “must-hear” Canadian Musicians under 25 by CBC Music. Program includes works by Chopin, Mozart, and Prokofiev.

May 7 at 5pm: Quincy Jones’ piano protégé Emily Bear makes her Canadian solo debut. At age 14, Pianist/Composer/Arranger Emily Bear is one of the most astonishing and prolific musical talents of our time – composing, orchestrating, and performing in an astonishingly diverse collection of styles. She has performed at some of the world’s most famous venues including Carnegie Hall, the White House and Lincoln Center, appeared on the Ellen DeGeneres Show 6 times, and has been featured internationally on the Katie Couric Show, Queen Latifah Show, Dancing with the Stars, Good Morning America, and more.  A documentary on Emily has attracted more than 26 million views on YouTube and recently won an Emmy Award.

May 30 at 7pm: GRAMMY, GRAMOPHONE, and 11-time JUNO winning violinist James Ehnes returns to Bravo Niagara! with acclaimed pianist Andrew Armstrong for a recital as part of the James Ehnes @ 40: Canada 2016 national recital tour. A highlight of the tour is the premiere of a new work by award-winning composer and Vancouver Symphony Music Director Bramwell Tovey. The program also features Handel’s Sonata in D major HWV 371, Beethoven’s Sonata in F major, Op. 24 “Spring”, and a selection of virtuoso pieces to be announced from the stage. A CD featuring the tour program will be available exclusively to recital audience members. Limited VIP tickets are available including an exclusive post-concert reception with James Ehnes and Andrew Armstrong, plus sparkling wine and dessert in celebration of James Ehnes’ 40th birthday tour. 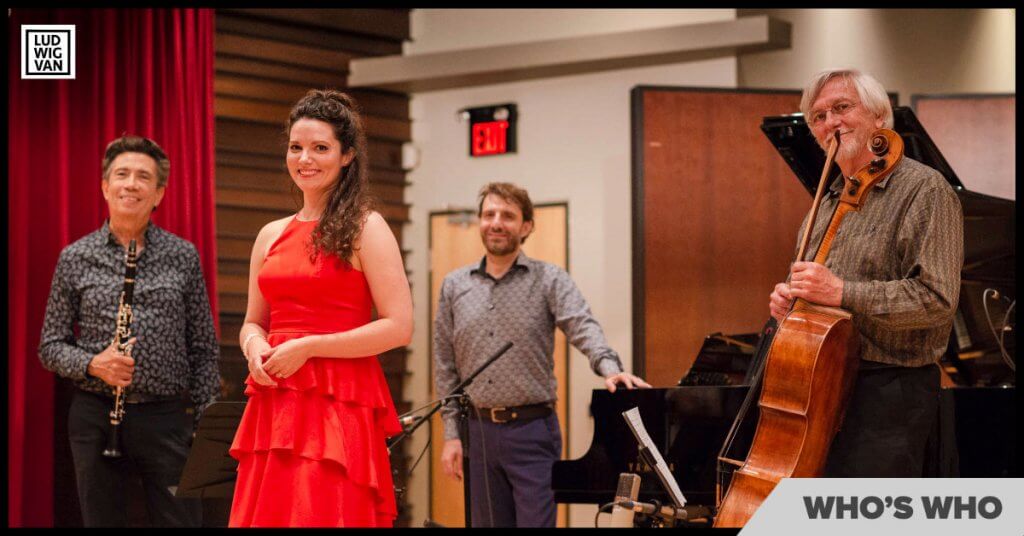 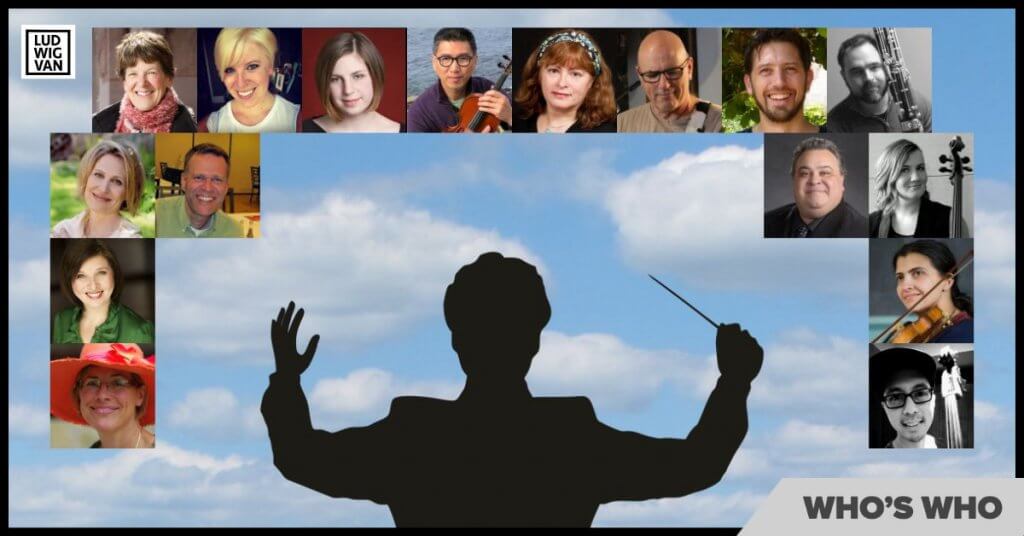 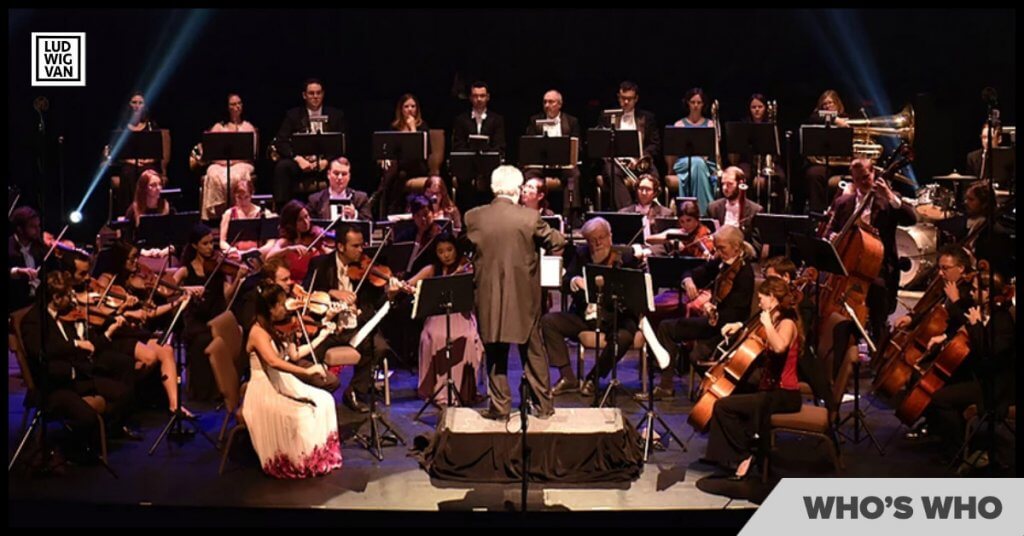