The Canadian Opera Company, Béla Bartók’s Bluebeard’s Castle and Arnold Schoenberg’s Erwartung at the Four Seasons Centre for the Performing Arts, May 6, 2015.

This award-winning production, with sets and costumes by the talented Michael Levine, is unquestionably the company’s most successful to date, and has been seen by enthusiastic audiences around the world and at festivals in Hong Kong, Melbourne, Edinburgh and Brooklyn. Currently the production, which has lost little of its freshness, is now enjoying a seven-performance run at the Four Seasons Centre for the Performing Arts. This is – remarkably – its third revival in Toronto since the production was unveiled in 1993 (the first two revivals were in 1995 and 2001).

A Canadian operatic success story if ever there was one, and a production that helped to put Toronto and the COC on the international operatic map.

It was Richard Bradshaw who initially proposed this double bill to Robert Lepage. Dramatically, the pairing of these two nightmarish, psychological thrillers is a sound idea. But while they were composed and premiered around the same time, musically they are actually light years apart. In the shadowy tonal world of Bartok’s rich score, you hear everything from the influence of Debussy’s harmonies and the picture painting of Richard Strauss, while the Schoenberg is largely atonal with angular melodic lines and large leaps for the soloist.

Since the COC Orchestra has performed this double bill a considerable amount over the years, they play the Bartók and Schoenberg scores with ease and familiarity. As for conductor Johannes Debus, both of these expressionist scores are new to his repertoire and simply need to be worked in a bit more. I missed some of the tension and forward motion that usually enlivens his music-making. I find it staggering that Schoenberg reportedly finished writing this taut, complex 30 minute score in only 17 days! The final few measures of the score – when the woman disappears into the darkness – is brilliant.

The Hungarian composer Béla Bartók and his librettist, Béla Balázs took inspiration for their opera from a story found in a 17th century collection of fairy tales by Charles Perrault. In Balázs’ version of the story, Judith has married Duke Bluebeard and has gone to live in his castle. Entering she sees a great hall with seven locked doors. Judith begs, pleads and cajoles Bluebeard to unlock them – thus revealing his secrets and the fate of his former wives.

Marie Papppenheim’s libretto for Arnold Schoenberg’s, Erwartung, is a dark, Freudian affair. Set in a forest at night, an unnamed woman searches for her lover. Eventually she finds his dead body on a path. She calls to him and tries to revive him, but with no success. She curses him and then wanders off alone into the night.

It is quite a coup for the COC to attract Ekaterina Gubanova to Toronto to sing the role of Judith in Bluebeard’s Castle. The busy Moscow-born mezzo-soprano is something of a star throughout Europe and Russia and has in recent years built up an enviable relationship with the Metropolitan Opera. Gubanova (in her COC debut) sings the role of Bluebeard’s fourth bride with passion and dramatic determination. Vocally she is something of a powerhouse, with a searing high ‘C’ when the 5th door is unlocked.

The tall, handsome Canadian bass-baritone John Relyea (Bluebeard), on the other hand, seemed to rely more heavily on the beauty and power of his sound, than on dramatic verisimilitude. While his voice is dark and sonorous, there was not much sense of threat or violence. When Bluebeard repeatedly asks Judith, “Félsz-e?” (“Are you afraid?”), there was little sense of foreboding… no shivers down the spine. It was all rather benign. 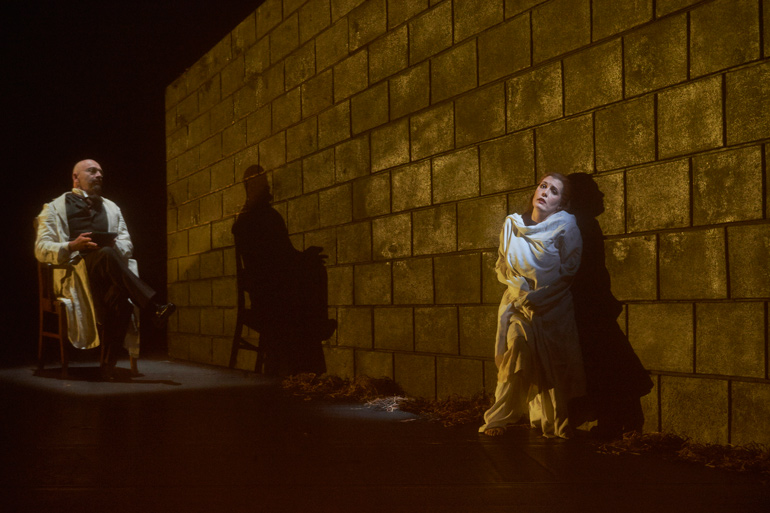 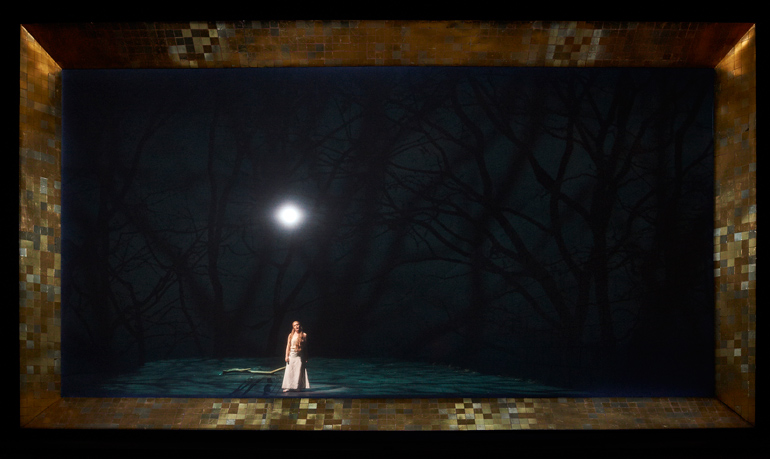 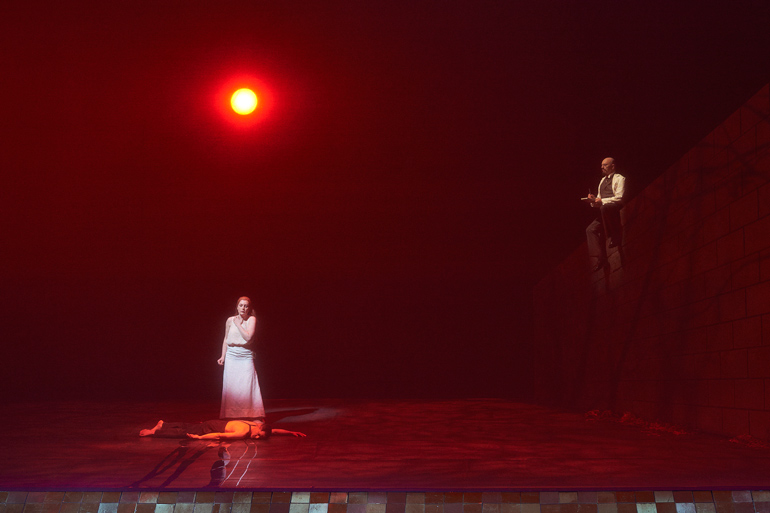 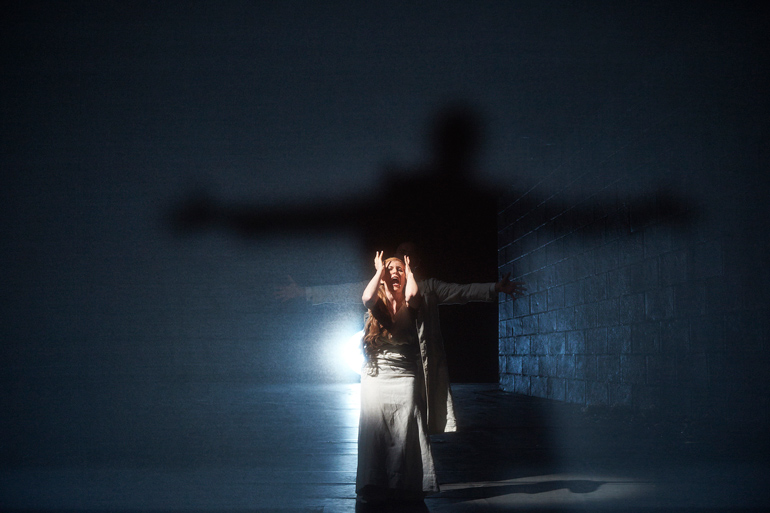 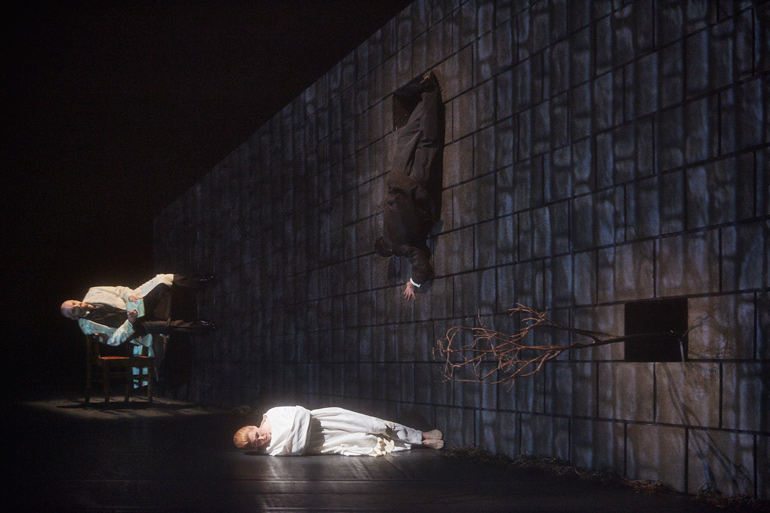 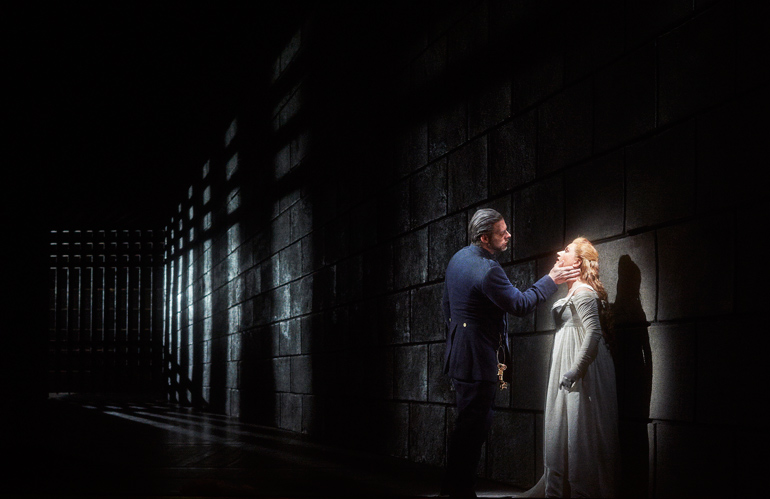 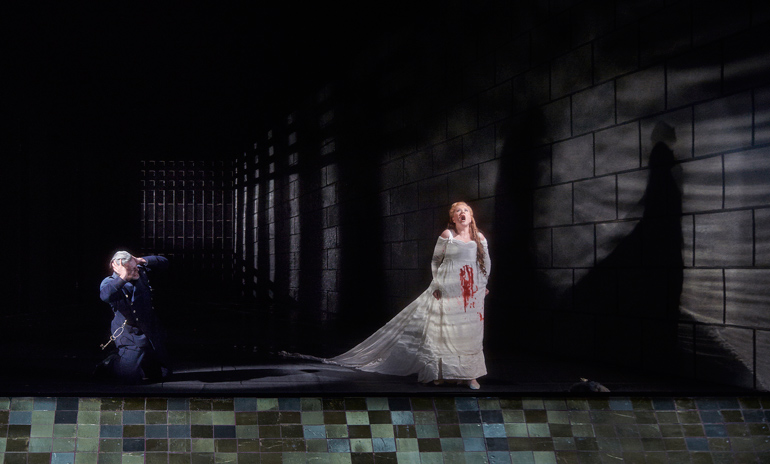 Mezzo-soprano, Krisztina Szabó (‘The Woman’) is no stranger to Torontonians. She is a former member of the COC’s Ensemble programme, and since then has been increasingly engaged by the Company for major roles. She is an outstanding Mozartian but she excels in contemporary music as well (witness her enormous success in the COC’s recent production of Saariaho’s L’amour de loin).

Although Szabó sounded somewhat cautious at the beginning of the performance, she quickly found her stride and fully acquitted herself. Schoenberg’s 30-minute monologue is a demanding, hysterical outpouring usually reserved for dramatic sopranos (my benchmarks are Anja Silja and Jessye Norman), so I found it interesting that Szabó – a mezzo-soprano and one who actually speaks Hungarian – was not engaged for the Bartók. She has even had practical experience with the role, having performed it opposite the dynamic Samuel Ramey in Chicago.

During Szabó’s early studies at the University of Western Ontario there apparently was much controversy about whether or not she was a soprano or a mezzo-soprano. While she decided to take the route of a mezzo – after her recent performance of the Schoenberg – I’m now not so sure. What I heard was a fresh, healthy, beautiful lyrico-spinto soprano with a free, upper extension. So maybe we have even greater things in store for us.

In any event, we are lucky to have her in our midst.