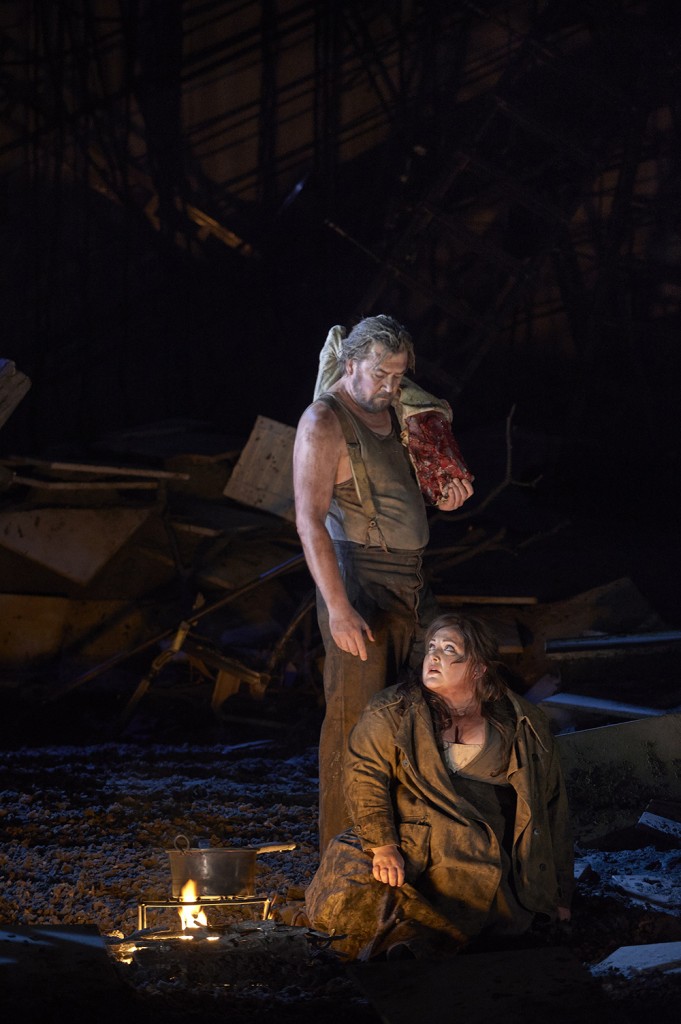 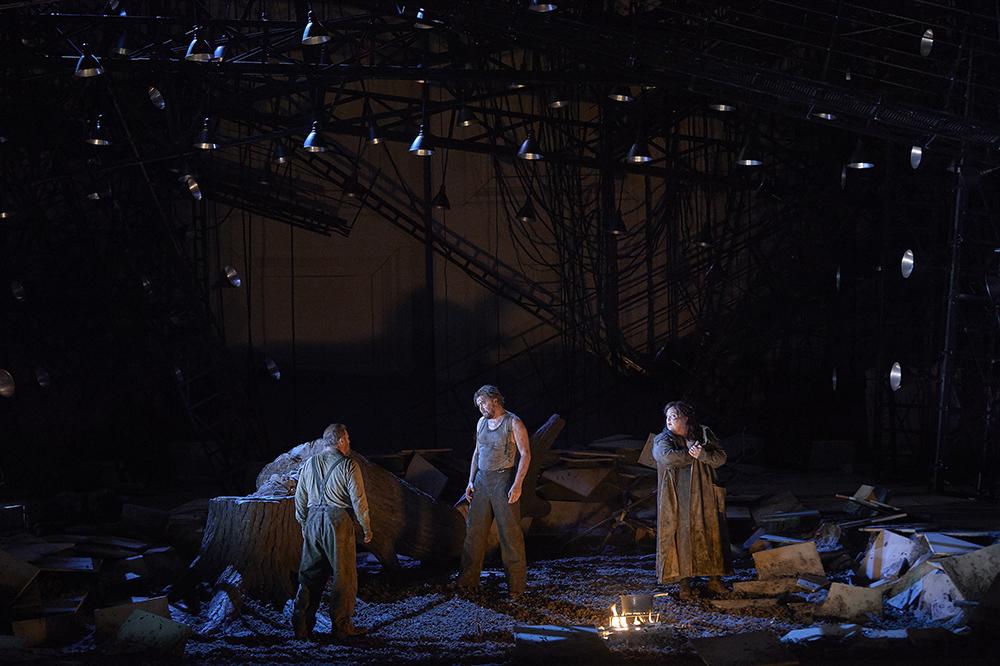 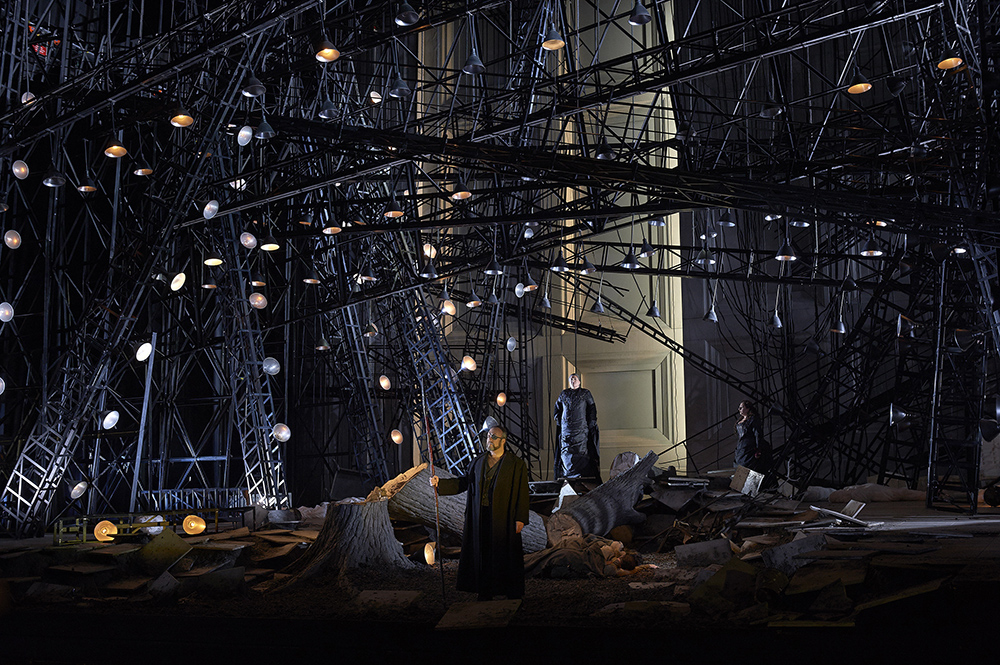 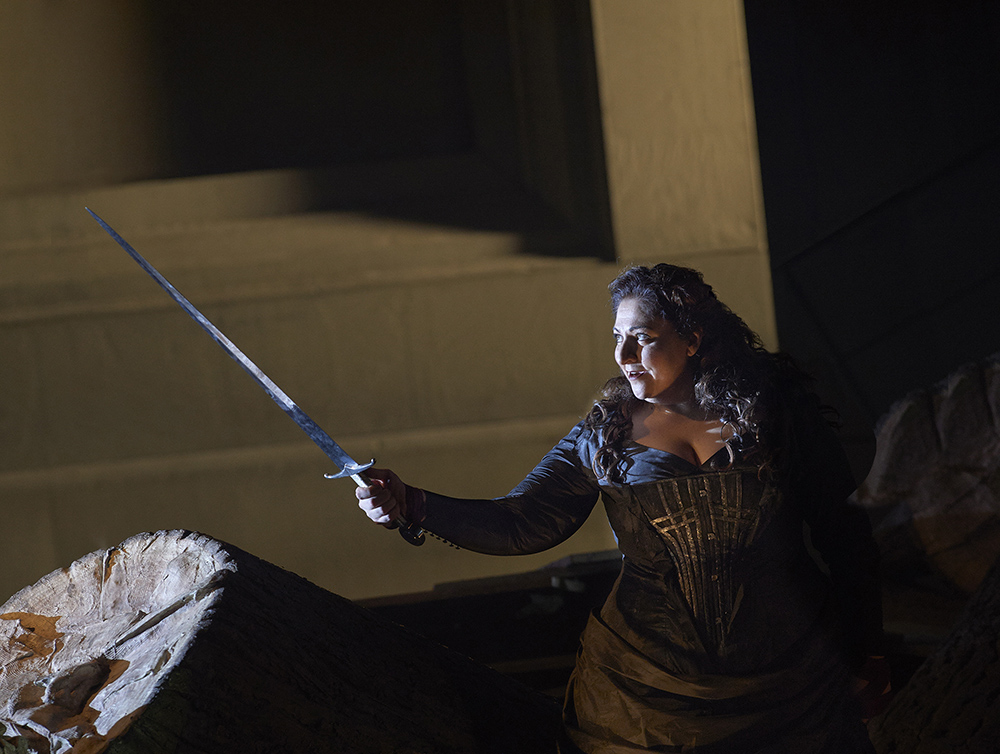 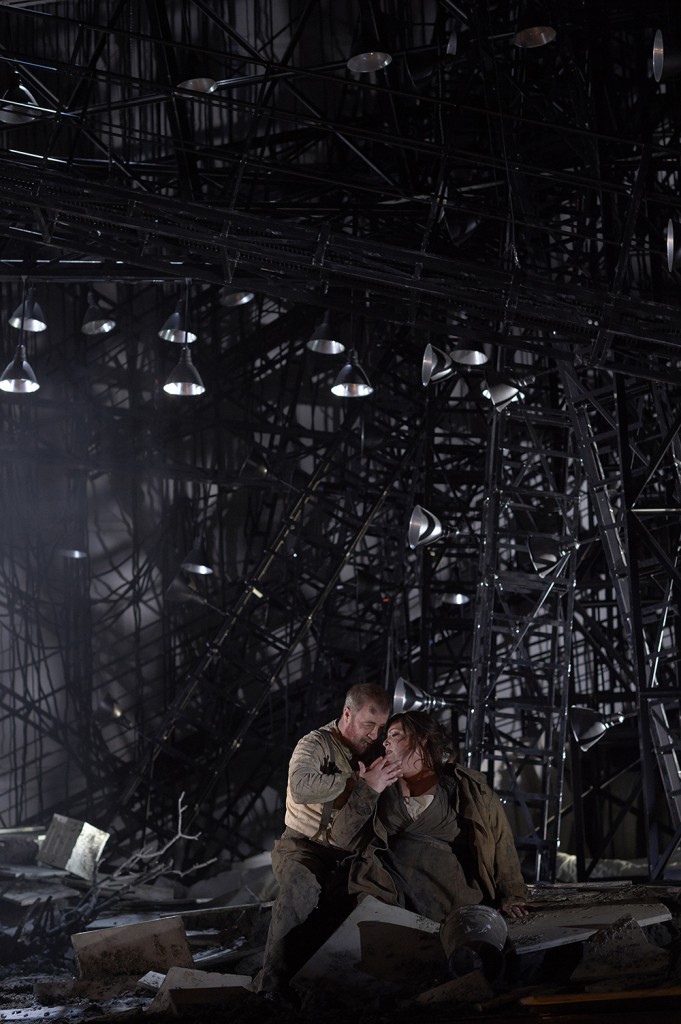 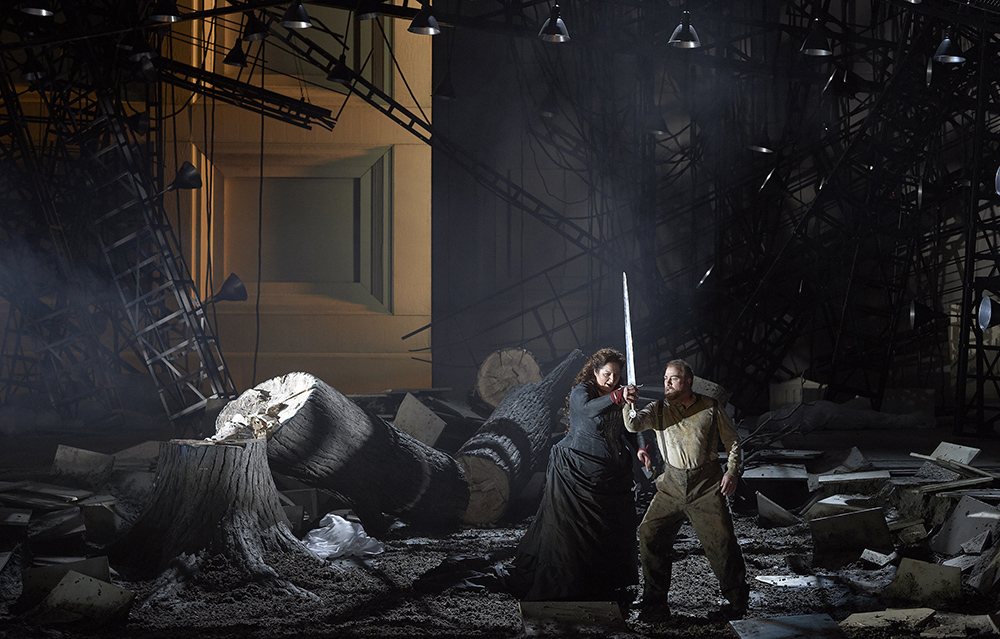 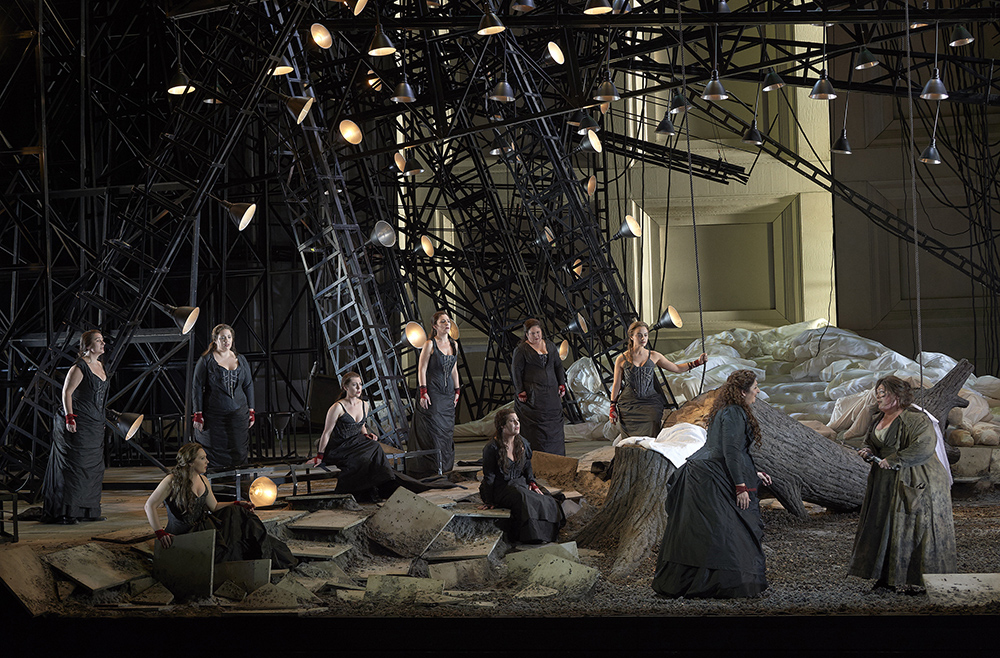 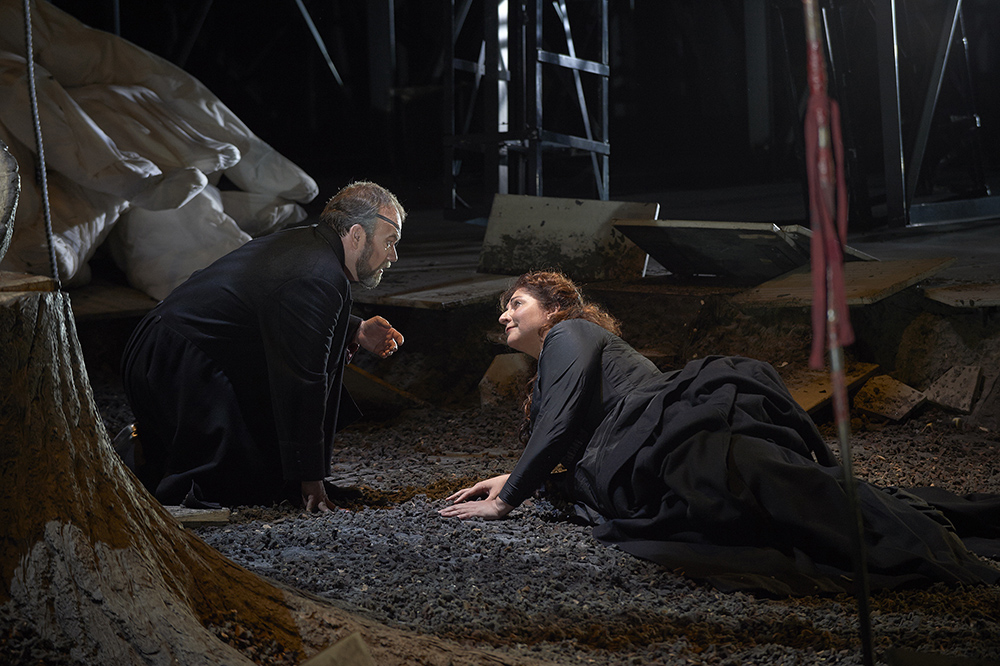 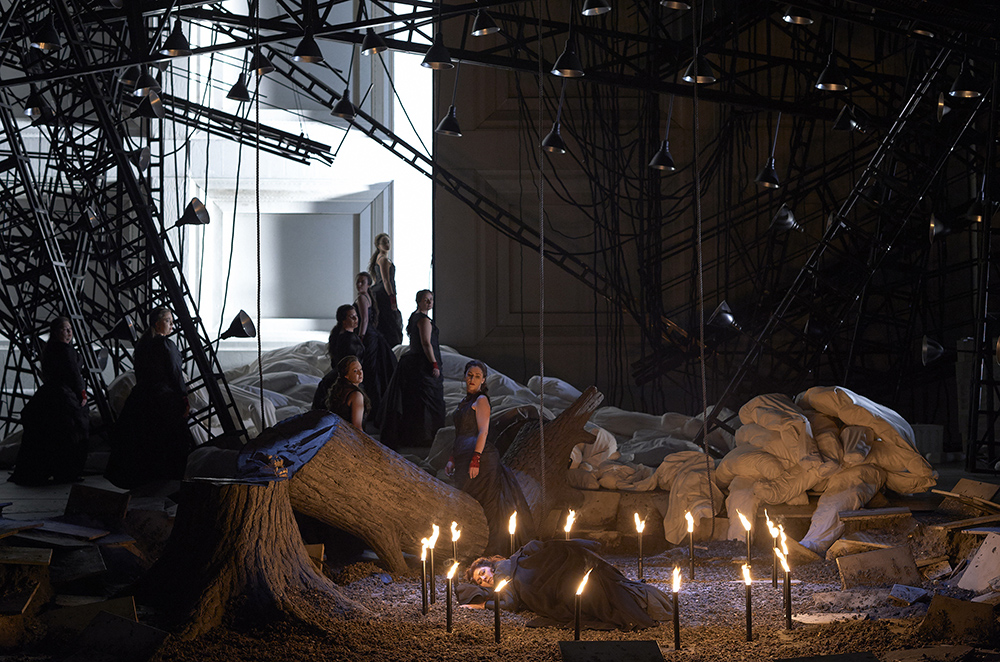 On Saturday, January 31, the Canadian Opera Company officially launched the revival of its lauded 2006 production of Richard Wagner’s epic Ring Cycle with seven performances of Die Walküre at the Four Seasons Centre for the Performing Arts. The production runs through February 22nd.

COC General Director, Alexander Neef, pulled off a major coup when he engaged one of the most exciting young Wagnerians on the scene today – the American dramatic soprano, Christine Goerke – to sing her first fully-staged performances of Wagner’s Ring Cycle here in Toronto (before going on to Rings in Houston, the Metropolitan Opera and the Lyric Opera of Chicago).

And her company debut as Brünnhilde on Saturday night did not disappoint.

Goerke’s voice is not only full bodied and powerful, it is also warm, youthful and healthy, with no hint of forcing the sound. While her war cry, “Ho-jo-to-ho!”, was tossed off with an almost “girlish glee”, Goerke was able to hold one’s attention throughout, not just for her singing, but for her acting as well. From her expressive Todesverkundigung (“The Annunciation of Death”), gripping in its stillness and tenderness; and her passionate scenes with the ill-fated Sieglinde as she attempts to save mother and unborn child; to the final scene of Act III in which she pleads with Wotan not to forsake her, War es so schmählich, was ich verbrach? (“Was it so shameful what I did?”).

No offence to the magnificent clarinet section of the COC Orchestra, but since Goerke was formerly a clarinetist, we should all be thankful to her for having given it up in favour of singing.

Unlike Goerke, the American Heldentenor and country-and-western enthusiast from Tennessee – Clifton Forbis – is no stranger to Toronto, and has performed with the COC on several occasions. His throaty, muscular sound is readily identifiable and is put to good use in the role of Siegmund. It is perhaps not as “lyric” as one would like ideally in Winterstürme (“Winter storms have given away to Maytime.”) but the vocal heft is ideal for his intense cries in Act I, Wälse! Wälse! – which Forbis held for such an unbelievable amount of time I was tempted to get out my stopwatch.

Another COC debutante is the American dramatic soprano, Heidi Melton who sang Sieglinde. Melton is another soprano of unusual power. As such, she was a perfect match for Forbis’ Siegmund, but even more so for her scenes with Brünnhilde, including an ecstatic outpouring of the redemption through love motive, O hehrstes Wunder! Herrlichste Maid! (Oh, mightiest of miracles, most glorious of woman).

As Wotan’s wife, Frika, the German mezzo-soprano, Janina Baechle, brought with her two distinct voices: a top register which was appropriately imperious and powerful, and a middle register that at times was weak and less than beautiful.

Danish baritone, Johan Reuter, made a somewhat lightweight Wotan. Although a fine singer, he did appear to tire by the end of the crucial finale of Act III. The role would have benefitted by engaging a bass-baritone rather than a baritone, but Reuter certainly acquitted himself with style.

For the role of Hunding, one could have wished for a more fearsome figure than the Russian bass, Dimitry Ivashchenko. Although a tall and imposing presence on stage, he seemed to convey little sense of foreboding or imminent danger.

As for the Valkyries, they were a rather boisterous, energetic lot, climbing and clamouring over the treacherous stairs and walkways of Levine’s set with confidence.

Levine’s post apocalyptic set of collapsing steel girders and debris-filled stage has worn well since this cycle’s debut; as has the black, bustled armor for the Valkyries.

Atom Egoyan’s inspired staging of the final scene remains one of the Cycle’s glories. As Wotan kisses Brünnhilde’s godhood away, the Valkyries file in slowly, each carrying a flame. They surround Brünnhilde’s sleeping body, place the flames around her in a circle and then leave in darkness. For me, and many others, it’s one of those ‘lump in the throat’ moments.

But the real star of the evening was our very own Maestro, Johannes Debus, who drew out the most glorious sounds from his orchestra. With his sensitive handling of Act II and III, in particular, Debus is bound to become a Wagner conductor to be reckoned with. We should savour these moments whilst we can.

As this is the first Canadian Ring, it’s a pity that a sponsor has not yet stepped up to record the entire cycle on CD and/or DVD. Would it not also make a perfect project for Canada’s 150th anniversary celebrations in 2017?