I can’t recall ever attending a vocal competition in which the men took home all the medals: bronze, silver and gold. Those cunning little sopranos and mezzos always seem to find ways to endear themselves into the hearts of jury and audience members, don’t they? That is until last evening for the final round of the Second Annual Canadian Opera Company’s Centre Stage Ensemble Studio Competition Gala at the Four Season’s Centre.

Roughly 150 singers, from across Canada, were auditioned in search of candidates for the COC Ensemble Studio’s 2015/16 programme (one of Canada’s main training grounds for young professional opera singers). Of those 150 hopefuls, seven singers were chosen to participate in the finals in Toronto. Winners would receive cash prizes of $1,500 to $5,000.

For the finals, each candidate sang two arias with the COC Orchestra under the direction of Johannes Debus. But as the performances drew to an end, it was clearly a shutout for the men. And when the finalists were announced, there seemed to be little disagreement from the jury (which took very little time to deliberate) or from the audience and the many screaming young fans in the sizeable audience – estimated at 900.

Third Prize was awarded to the 23-year-old Newfoundlander, Aaron Sheppard. Currently a member of the Atelier lyrique de l’Opéra de Montréal, Sheppard – who has a lovely light lyric tenor, sang Mylio’s Aubade from from Lalo’s Le roi d’Ys, and Ferrando’s tender “Un’aura amorosa from Mozart’s Così fan tutte. At the moment, his biggest concern should be his wayward pitch.

Second Prize was given to the tall, lean baritone, Dimitri Katotakes (23). Born in Toronto, he currently studies at McGill University. He sang the Count’s aria from Mozart’s Marriage of Figaro, “Hai gia ivinta la causa”, and the Queen Mab scherzo from Gounod’s Roméo et Juliette. Another young singer of enormous promise – particularly evident in the Figaro excerpt. He does not quite have the skill to pull off the Gounod aria – demanding in its simplicity.   It needs to be light and extremely fleet of foot…a wisp…like Ariel in Midsummer Night’s Dream.

First Prize went to Toronto tenor, Charles Sy (22), currently studying at the University of Toronto with Darryl Edwards. He sang the ‘Portrait Aria’ from Magic Flute; and “Una furtiva lagrime” from Donizetti’s L’elisir d’amore. As the evening progressed, it was clearly ‘no contest’. Sy was the winner of the match. With his pleasing, sweet timbre, and innate musicality, Sy shows enormous promise. His stage craft is minimal at this stage (why was he grinning throughout Nemorio’s aria?), but he has an infectious charm to his stage presence. Sy was also awarded the much-deserved $1,500.00 Audience Choice Award.

As one would expect, the COC produced the event with style and thrifty elegance. The stage was lit by a galaxy of stars against a midnight blue backdrop (perhaps a visual metaphor for the young stars on stage?) with lanterns – like footlights – crossing the front of the stage.

The evening was hosted by the larger-than-life personality, Canadian tenor, Ben Heppner, bringing the house down with his off-the-cuff remarks.   At one point he apologized for his long red tie. “This is a ‘gala’. I should have worn a black tie, right? But then, I am a tenor.”

And as a special surprise guest for the evening, Canadian soprano, Adrinne Pieczonka – looking and sounding as radiant as ever – wowed the audience with arias from Catalani’s La Wally and Verdi’s La forza del destino…and then capped it with Richard Strauss’ Zuiegnung (Dedication).

The splendid COC Orchestra was in the pit and opened the evening with the Overture to The Merry Wives of Windsor by Otto Nicolai (which I have not heard in decades!). Although there were little ensemble problems, one could forgive them all as contestants were given only limited time with the orchestra.

It was especially rewarding to see so many young people in the audience.   The atmosphere throughout the event was engaged, convivial, energized – and, for the contestants, extremely supportive. COC General Director, Alexander Neef summed it up best when he said, “This is not a competition, it is a celebration”. 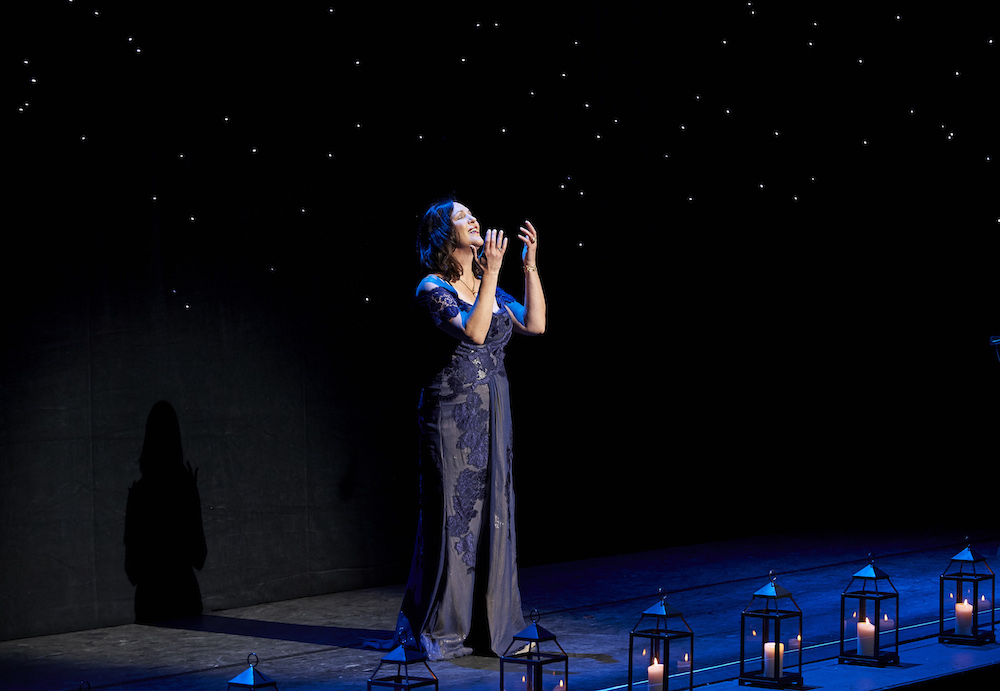 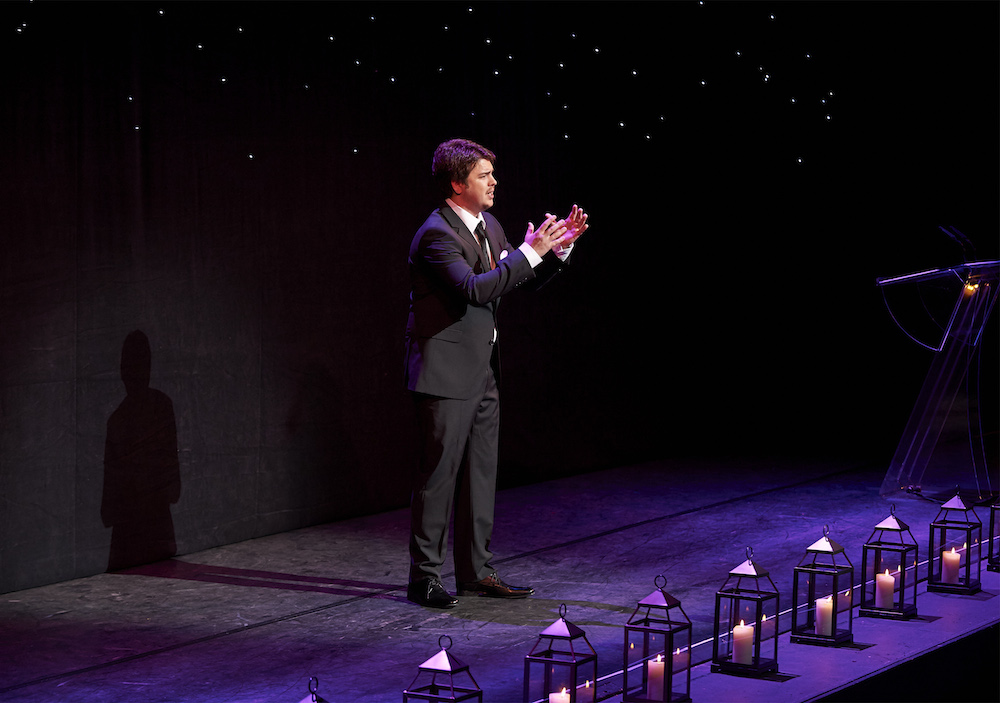 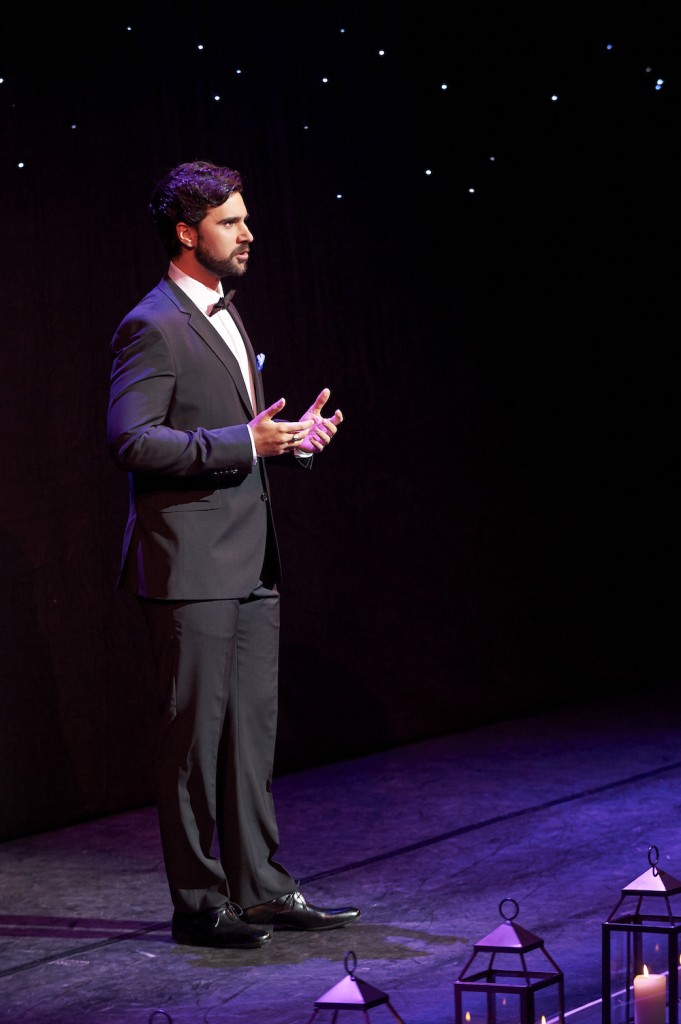 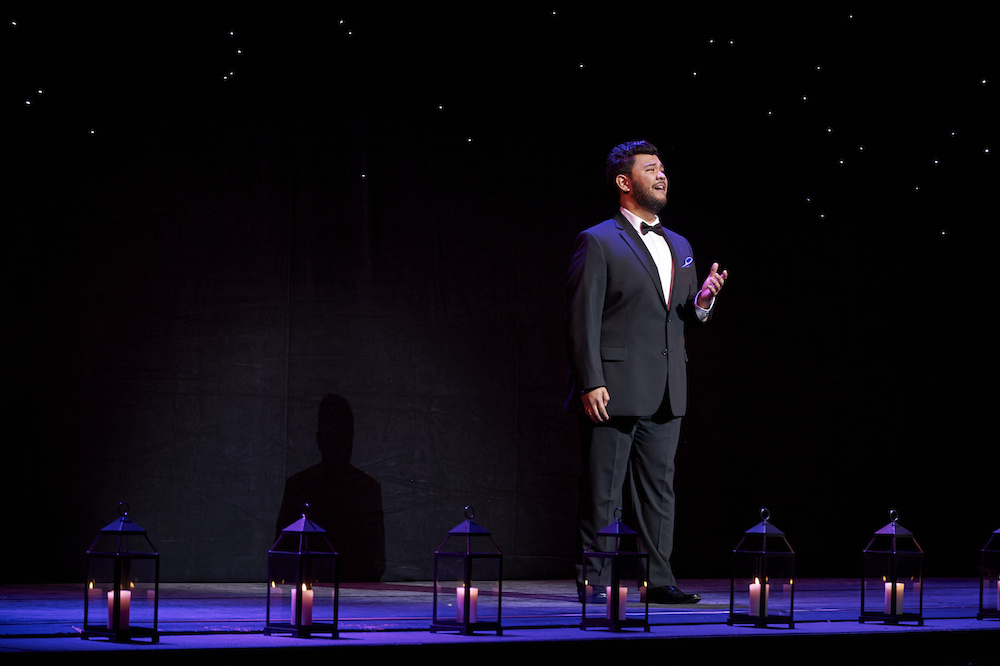 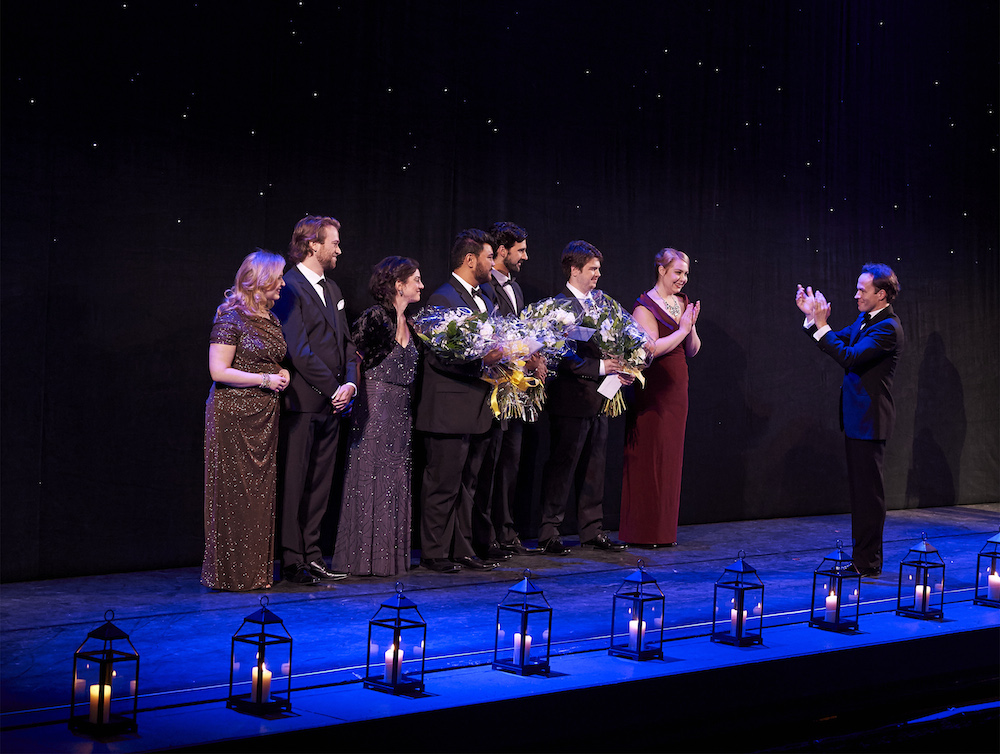 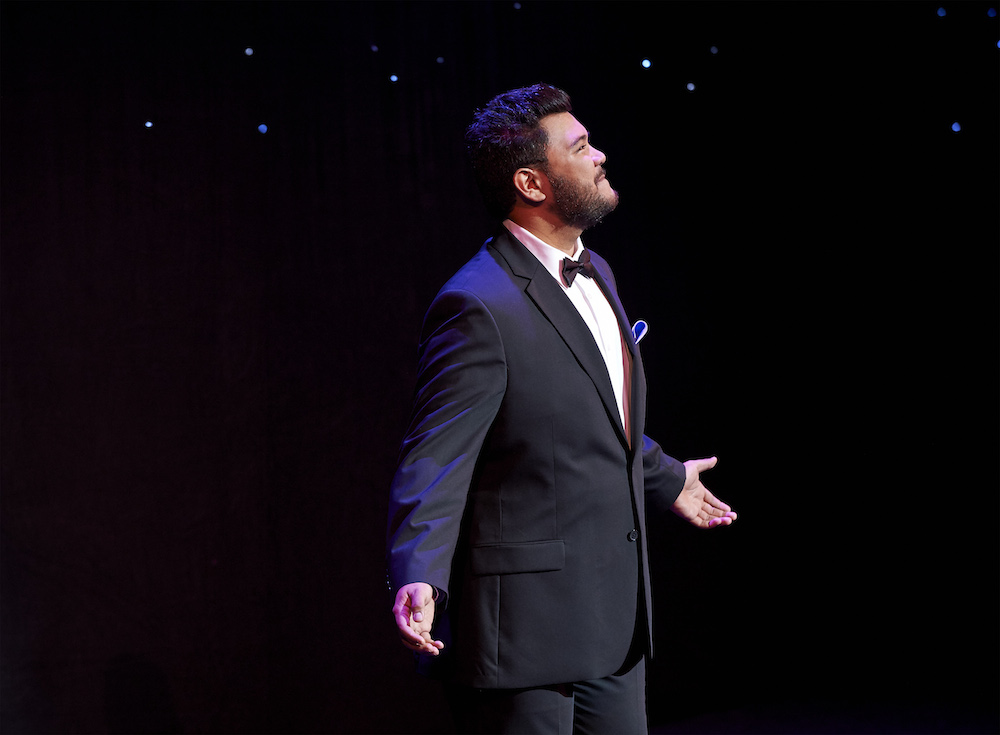 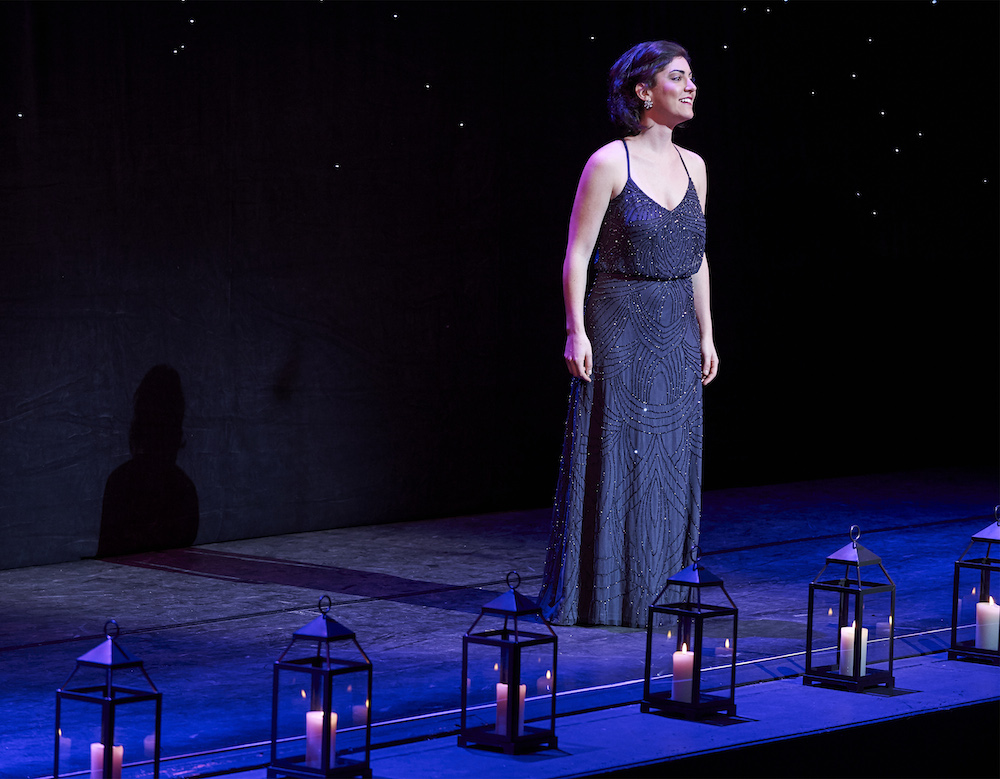 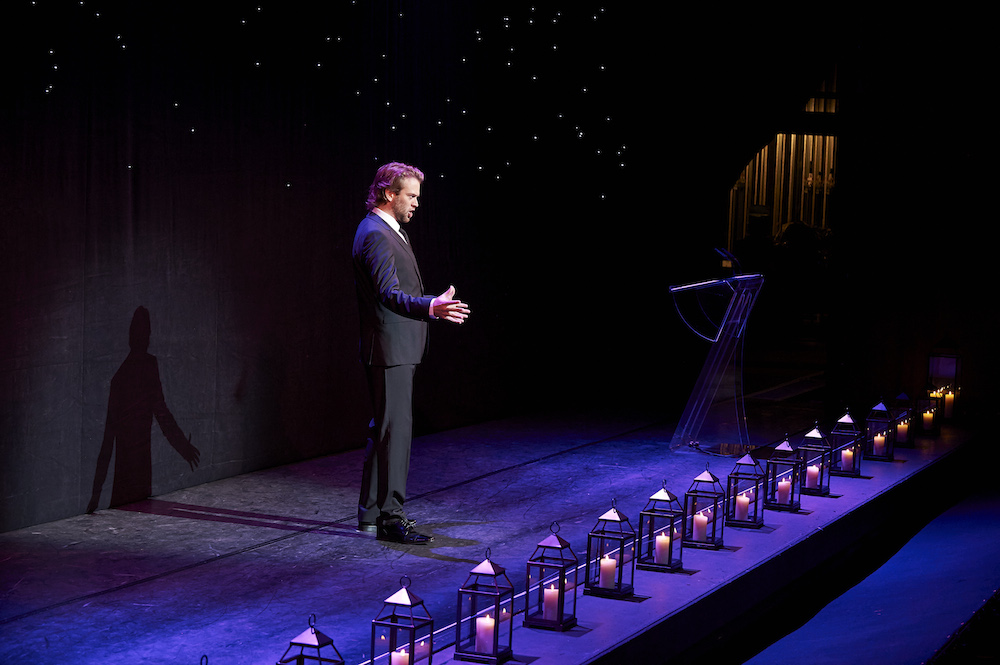 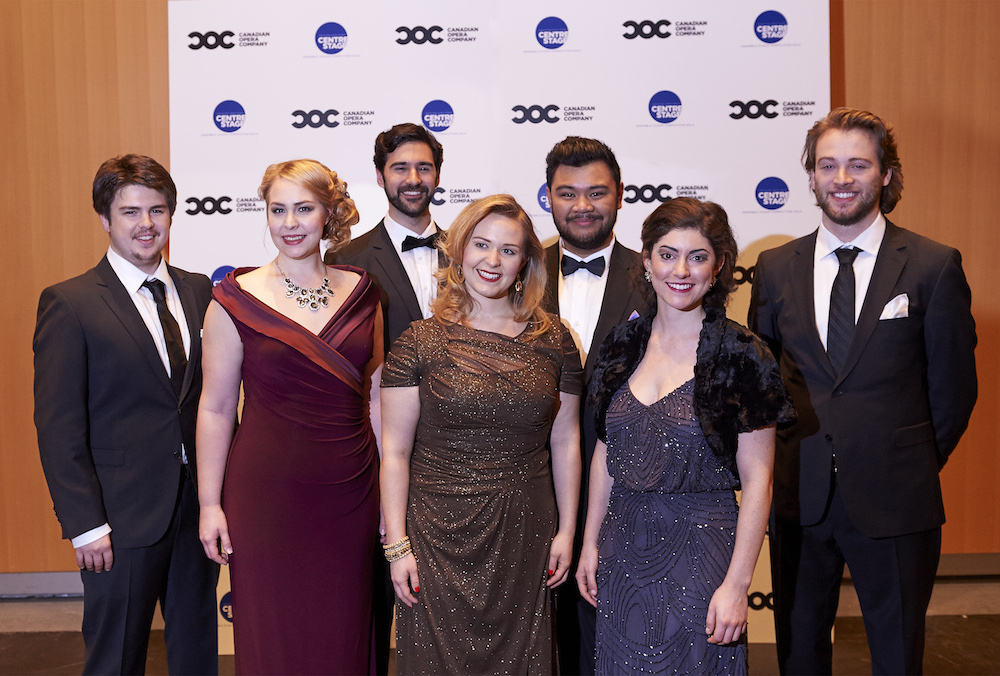 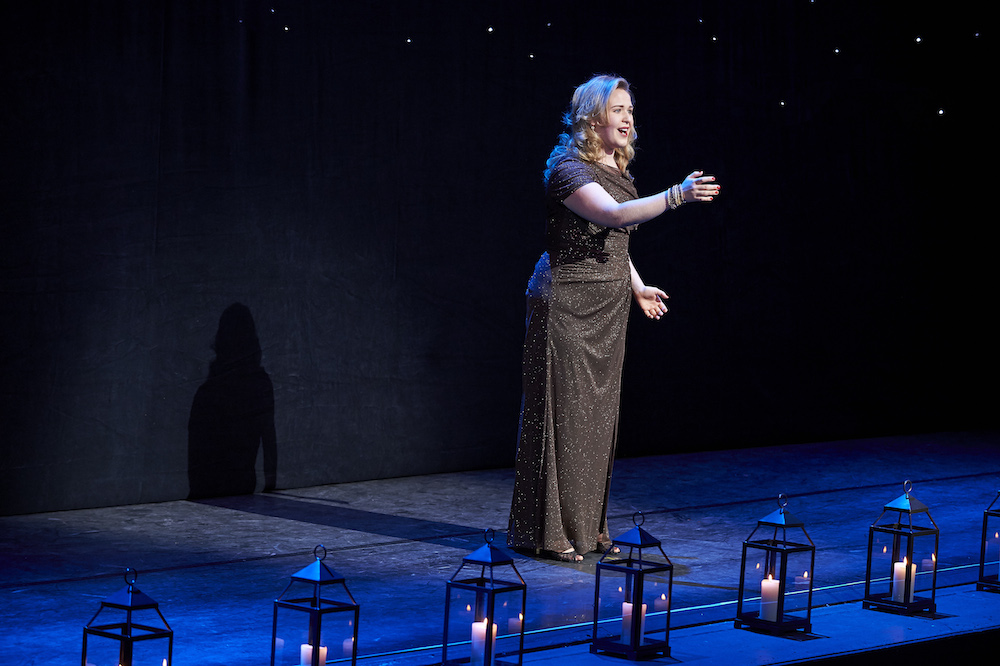 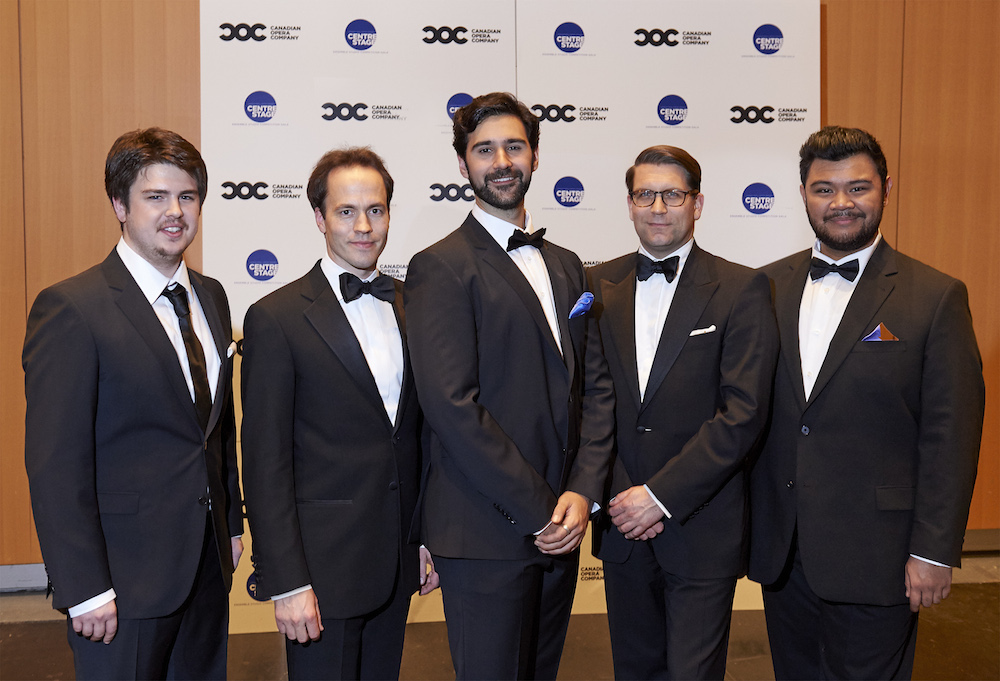