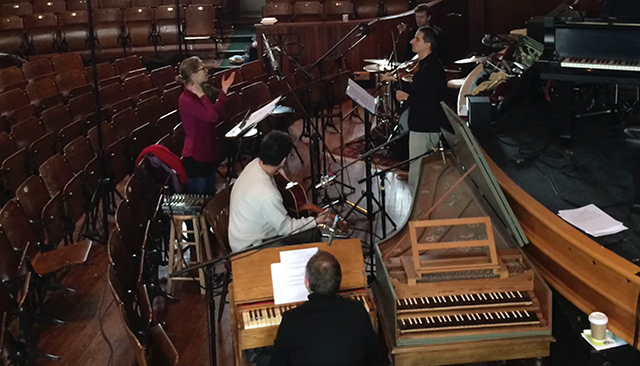 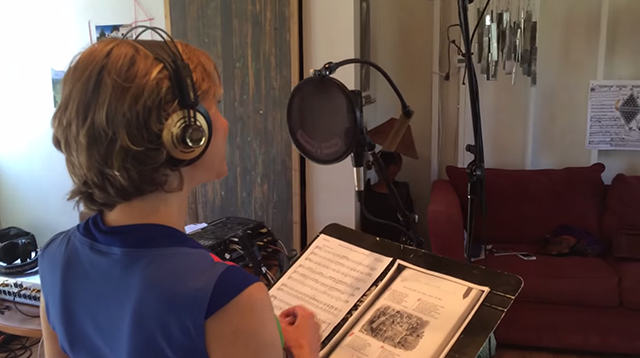 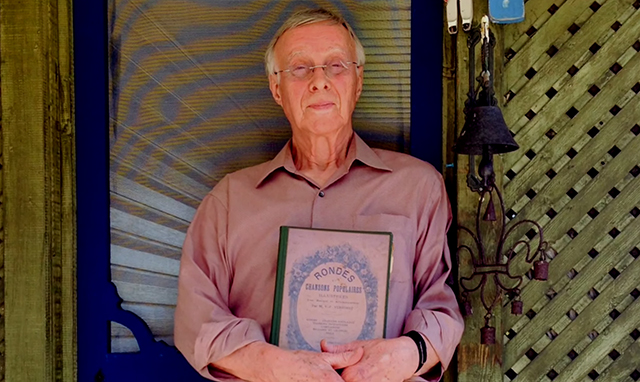 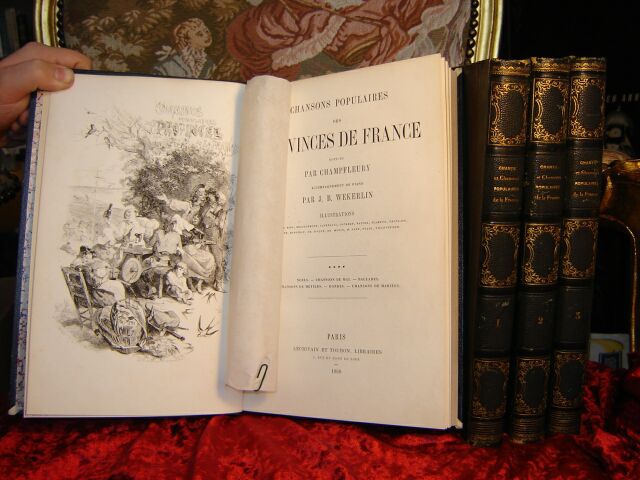 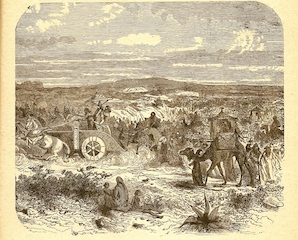 You’ll want to dance when you hear these tunes! Suzie LeBlanc says of her new CD of Christmas music titled, La Veillée de Noël (Christmas Eve) out this past Tuesday, October 14.

Fiddle or voice, music is an inseparable part of the Acadian cultural tradition. In the Maritimes, old French songs ring out like heirlooms moving across generations as seamlessly as the Nova Scotia fog belt.

For soprano Suzie LeBlanc, Acadian musical traditions have had a major impact on the direction of her career. She grew up in Edmundston, New Brunswick, and began specializing in 17th and 18th century repertoire. With a yearning for discovery, especially French mélodies, lieder and folk music, she build her career on musical exploration. She has since appeared on nearly fifty Baroque and Classical music recordings, and also done two Acadian folk music CD’s, Tout passe and La Mer Jolie.

This year, LeBlanc returns with another – La Veillée de Noël.

The project started after her cousin, Pius LeBlanc, presented her with an old book of songs he found in the former Collège St-Joseph in Memramcook, New Brunswick. The book was called, Rondes et chansons populaires illustrées, and contained over one-hundred pages of rarely heard musical treasures composed for piano and voice.

“I was moved and astonished by the beauty of these forgotten songs, and grateful that they had chanced to come my way. It seemed like a great occasion to make an album of genuine Christmas songs that hardly anyone has heard for many decades,” she says.

The pieces were arranged in various ways, from Eastern European tinged percussion, to jubilant jazz numbers, which LeBlanc says is the closest she has ever come to the way Ella Fitzgerald used to celebrate Christmas.

For those looking for a Burl Ives type Christmas music experience – this is not it. The disc, (released on the ATMA label) shifts from the jazz-like arrangements of Noël Dijonnais, to soft folk guitar and vocal tracks like Noël de Paris. There is an oddly familiar, and timeworn feeling to works like Joseph cherchant un logis, and Les Trois Mages, which reflect upon the dim winter light, and the coming of the New Year.

The arrangements can be “out there” at times, but they grow on you. The accompanying musicians are in fine form, and LeBlanc’s voice is warm and thoughtful.

All told, this Acadian Christmas Music CD is welcome contrast to the nauseating gleefulness found in much of the contemporary Christmas music these days, and will certainly have a place in my personal Christmas music collection.

Like many others in the past few years (with varying degrees of success), LeBlanc has turned to crowd funding in hopes of recouping the costs of the CD. At the time of writing this, the campaign has raised nearly $2,300 of its $10,000 goal, with 37 days left.

The CD, is now available on both iTunes, and Amazon.com