During his long career the American violinist Oscar Shumsky (1917-2000) did not enjoy the fame of some of his colleagues but he was held in the highest esteem by violinists everywhere. He studied with Leopold Auer and appeared with the Philadelphia Orchestra under Stokowski when he was only eight years old. He had a strong Canadian connection. In addition to frequent solo appearances, starting in 1959 he served as music director with Glenn Gould of the Stratford Music Festival.

This new boxed set spans a period of more than 40 years between 1940 and 1982. It brings together some early commercial recordings long out of print and a number of radio broadcasts from Canada, the U.S. and Switzerland. For anyone not familiar with Shumsky’s artistry this set will be a revelation. At his best Shumsky played with an extraordinarily beautiful tone and dazzling technique, and his phrasing was sublime. To some ears, Shumsky’s style of playing may seem old-fashioned. Shumsky’s made extensive use of portamento in most repertoire. Considering that nearly all the pieces in this collection come from bygone eras I have no problem whatever with this approach, but others may feel differently.

Among the highlights are short pieces by Bach and Buxtehude with Maureen Forrester as soloist. These performances date from the 1960s and do great credit to both Shumsky and Forrester. Their performance of an aria from Bach’s Cantata No. 132 is almost worth the price of the entire set. It is taken from a 1962 Desto LP featuring the Bach Aria Group. This was a pioneering ensemble led by William H. Scheide that toured widely from 1946 to 1980. After Scheide retired it continued on but by that time it seemed somewhat anachronistic in the face of the huge growth of original instrument groups. But in their time they introduced many listeners to some of Bach’s greatest music.

Less welcome is a 1972 broadcast of Beethoven’s Sonata No. 7 for Piano and Violin with Nadia Reisenberg. This performance was recorded in the studios of WQXR in New York and the engineers did a very poor job. The piano drowns out the violin from the very opening bars. In addition to the bad balance the overall sound quality is murky at best.

I could also have done without the souped-up version of Schumann’s Träumerei recorded for RCA Victor in 1948.

The set includes Shumsky’s first-ever appearance in Canada. It is a CBC Radio broadcast from 1951 with pianist Leo Barkin. The cadenza from the Kreisler version of Tartini’s Devil’s Trill sonata is a stunning in its virtuosity. The Wieniawski Polonaise Brillante No. 2 is equally dazzling. Shumsky was known for his Bach and Mozart but he could toss off practically any showpiece in the repertoire with the best of them.

A later CBC Radio broadcast features Shumsky with pianist Mario Bernardi playing music by Mozart and Hindemith. Both performances were obviously prepared with careful attention to detail, and the final movement of the rarely-played Hindemith Sonata Op. 11 No. 2 is vibrant with energy and fun.

Probably few music-lovers remember the golden age of music at the Stratford Festival. It began in 1959 with Shumsky, Gould and Leonard Rose as co-music directors. Most of the performances were given in the acoustically dry Festival Theatre but the quality of the music-making rose above the shortcomings of the setting. Many of these performances became legendary with the finest musicians collaborating at the highest level. Glenn Gould produced his share of magic, of course, but others did too. Among them was Shumsky. Unfortunately, this boxed set contains only one Stratford performance but it is wonderful. Shumsky produces the richest tone I have ever heard from a viola and joins Maureen Forrester in a joyous reading of Buxtehude’s Cantata Jubilate Deo. This is a live performance from 1967. Let’s hope there are many more to come from those glorious Stratford years.

Producer Jacob Harnoy has cleverly juxtaposed some early and late Shumsky recordings to show the remarkable consistency of his playing. On CD2 track 13 we have a 1940 broadcast of Shumsky and Earl Wild playing Wieniawski’s Polonaise Brillante No. 1, and on track 14 a 1982 live performance of Kreisler’s unaccompanied Recitative e Scherzo-caprice Op. 6. Both performances are superb.

The third and last CD in the set is devoted to the rest of the 1982 recital given by Shumsky and pianist Frank Maus in Basel, Switzerland. The balance favours the piano way too much in works by Schubert and Richard Strauss but Schumsky’s fine tone and phrasing come through nonetheless. No problem, of course, with Bach’s Partita for Violin Solo in d minor BWV 1004. This is the Partita with the great Chaconne as last movement. By any standard this is remarkable playing. As always with Shumsky the tone is ravishing but just as importantly he makes sense of Bach’s long lines and captures perfectly the style of the dance movements. In the Chaconne Shumsky gives one of the greatest performances of this towering work that I ever hope to hear, varying tempo, dynamics and bow strokes in the most convincing ways from beginning to end.

Paul Robinson is the author of Herbert von Karajan: the Maestro as Superstar, and Sir Georg Solti: His Life and Music. For friends: The Art of the Conductor podcast, “Classical Airs.” 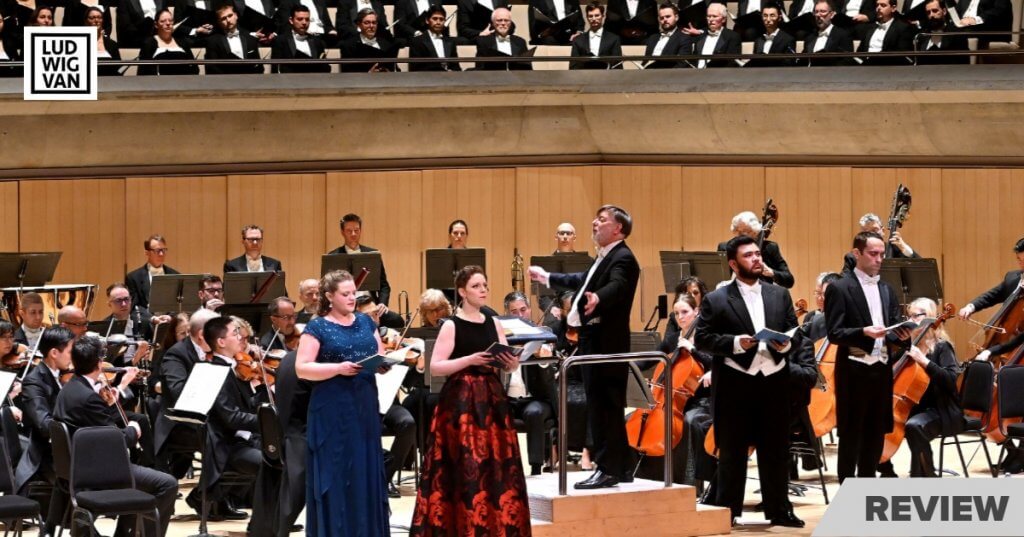 The TSO put on a fine performance of the iconic Mozart Requiem, albeit hampered by the acoustics of Roy Thomson Hall.
(Continue reading)
Read the full story Comments
Share this article 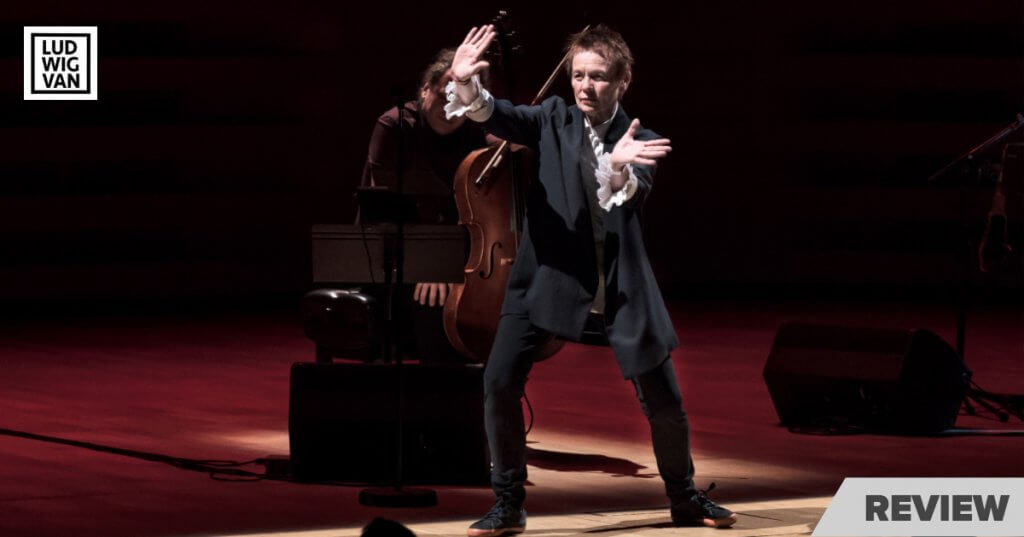 Laurie Anderson's The Art Of Falling shows an artist coming to terms with love, loss, and the world in which we live.
(Continue reading)
Read the full story Comments
Share this article
lv_toronto_banner_low_590x300
lv_toronto_ssb_atf_300x300