Valery Gergiev is a notorious workaholic. Virtually every day of the year he is somewhere on the planet conducting a concert or an opera performance. That is impressive enough, but in recent months he has also had to find time to fit in a daily dose of tap dancing. One month it concerns the Russian invasion of Georgia, the next month the Russian anti-gay policies, and then the invasion and annexation of Crimea. Vladimir Putin’s current meddling in eastern Ukraine is now at the top of the list. On all these issues Gergiev has expressed support for his fearless leader – and this is where the tap dancing comes in – and in response faces a constant barrage of questions and criticism from the Western press.

In 2015 Gergiev succeeds the late Lorin Maazel as music director of the Munich Philharmonic and already he has been called on the carpet in Munich to explain himself. It would be no surprise to anyone if Gergiev is forced to withdraw from this position even before he takes it up. It is all very well for him to claim that music is music and politics is politics. But that doesn’t quite cut it for a man in his position. It is well-known that Putin has been one of Gergiev’s great benefactors since Putin was Mayor of St. Petersburg. And it is no coincidence that Gergiev gets everything he wants for the Mariinsky Theatre. It should also be understood that Gergiev gets star treatment not  just for waving his arms and keeping his mouth shut. In today’s Russia Putin’s friends are required to be proactively supportive of their famously shirtless President or Prime Minister or whatever he chooses to call himself this year.

Let’s be absolutely clear about this: Vladimir Putin is an international criminal doing everything he can to precipitate World War III. Surely even the indefatigable Valery Gergiev will tire of the tap dancing required to protect his empire and keep on the right side of this bully.

Having said all that how does Gergiev conduct Prokofiev’s Fifth Symphony? In a word, magnificently. This is a performance that captures all the power and beauty of the symphony, not to mention the myriad colours that the composer created in what is arguably his finest work. Gergiev also adds to the coruscating abrasiveness of the piece by bringing to the fore virtually every dissonance.

What makes this performance such an overwhelming experience is the quality of the recording. This is a Super Audio CD (SACD) and it shows. The climaxes in the first and third movements are guaranteed lease-breakers for apartment dwellers. The visceral impact of the percussion is astonishing. Incidentally, this recording was made at the Moscow Conservatoire and not at the orchestra’s home hall in St. Petersburg.

The Symphony No. 5 is coupled with the Piano Concerto No. 3 with Denis Matsuev, the winner of the 11th International Tchaikovsky Competition in 1998, as soloist. The first movement comes off as nothing short of a juggernaut. Again, Gergiev emphasizes the composer’s abrasive side and Matsuev does everything he can to beat the piano to a pulp. The performance has energy and power but for sheer dexterity and musicality it doesn’t come close to the classic Argerich-Abbado recording with the Berlin Philharmonic.

CD available at amazon.ca, or on digitally via iTunes.

Paul Robinson is the author of Herbert von Karajan: the Maestro as Superstar, and Sir Georg Solti: His Life and Music. For friends: The Art of the Conductor podcast, “Classical Airs.”

The only connection between composers Feinberg and Winterberg is their victimisation and the last syllable of their names. Both were silenced for political reasons; neither has found due recognition.
(Continue reading)
Read the full story Comments
Share this article
lv_toronto_banner_high_590x300

LEBRECHT LISTENS | A Schnittke And Kapustin Revival By Cello 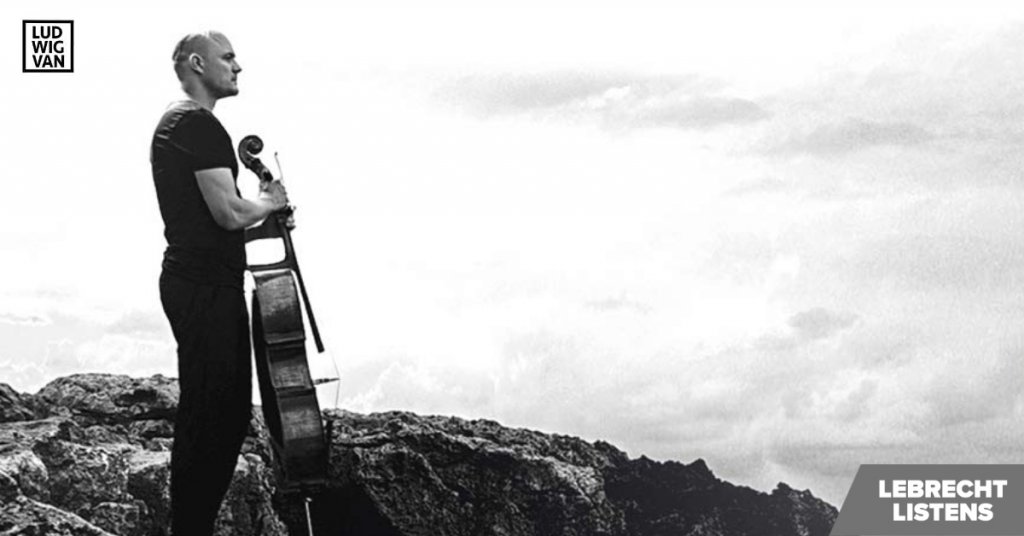 The compositions of Nikolai Kapustin and Alfred Schnittke see a revival via works for cello in this recent recording by German cellist Eckart Runge and the Berlin Radio Symphony Orchestra.
(Continue reading)
Read the full story Comments
Share this article
lv_toronto_banner_low_590x300
lv_toronto_ssb_atf_300x300