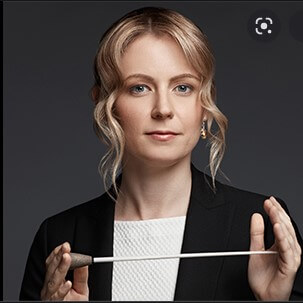 “I gave everything to it I was able to give,” declared Camille Saint-Saëns of his Third Symphony. “What I have here accomplished, I will never achieve again.” Conductor Gemma New and the Toronto Symphony pull out all the stops in a performance of this dramatic, late-Romantic masterwork, featuring the sonic splendour of Roy Thomson Hall’s magnificent pipe organ. A visit to Sicily’s awe-inspiring Mount Etna gave rise to Canadian composer Samy Moussa’s Violin Concerto, subtitled “Adrano” in reference to the ancient fire god said to have lived beneath, and it shines in the hands of Canadian phenom Kerson Leong. Leong also plays soul-stirring music of Chausson, and the concerts open with Mendelssohn’s enchanting musical postcard of Scotland, The Hebrides.