The Royal Conservatory of Music | Maxim Vengerov with Polina Osetinskaya 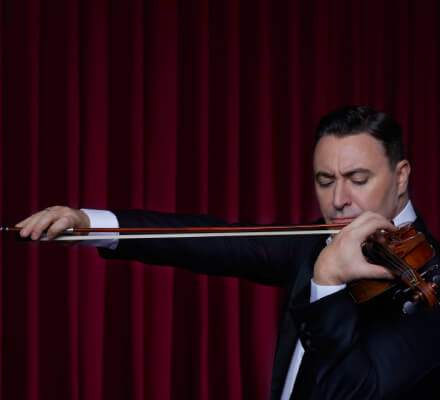 Hailed as “one of the greatest violinists in the world” by Classic FM, Grammy Award-winning violinist, violist, and conductor Maxim Vengerov began his career as a solo violinist at the age of five, won the Wieniawski and Carl Flesch international competitions at ages 10 and 15 respectively, made his first recording at the age of 10, and went on to record extensively for high-profile labels, including Melodia, Teldec, and EMI. He has received numerous awards, including Grammy Award for Best Instrumental Soloist Performance (with Orchestra), two Gramophone awards, a Classical Brit Award, five Edison Classical Music Awards, two ECHO awards, and a World Economic Forum Crystal award, honouring artists who have used their art to improve the state of the world.

Polina Osetinskaya “is plainly a pianist of a superior order. Her tone is deep and rich, her articulation faultless and her feeling for the pulse of the music she is playing is as natural as breathing – that’s something that cannot be taught.” (Klassikmusik)