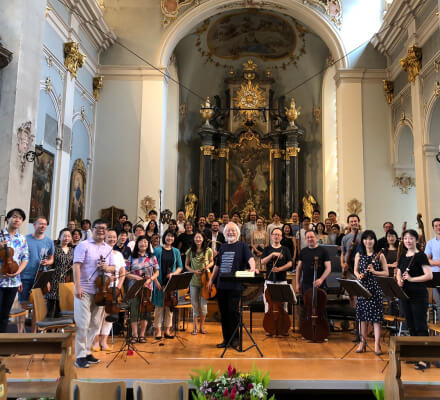 Bach Collegium Japan was founded by Masaaki Suzuki, its inspirational Music Director. Comprised of both Baroque orchestra and chorus, the ensemble has won a German Record Critics’ Award, a BBC Music Magazine Award, and the Choral category of the 2017 Gramophone Awards.

Roderick Williams is one of the world’s most sought-after baritones, who won the Royal Philharmonic Society’s Singer of the Year award in 2016. He was also awarded an OBE for services to music in June 2017.