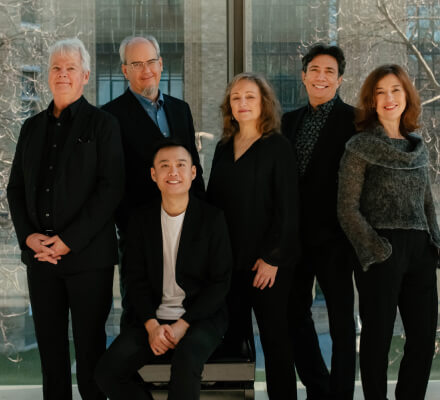 ARC Ensemble (Artists of The Royal Conservatory) performs chamber music by Robert Müller Hartmann at this special concert. Comprised of the senior faculty of The Royal Conservatory’s Glenn Gould School, with special guests drawn from the organization’s most accomplished students and alumni, the three-time Grammy Award nominated ARC Ensemble is among Canada’s most distinguished cultural ambassadors. Performing a wide range of music, its focus remains the research and recovery of works that were suppressed and marginalized under the 20th century’s repressive regimes. A growing number of previously unknown masterworks are rejoining the repertoire as a result of the ARC Ensemble’s work.