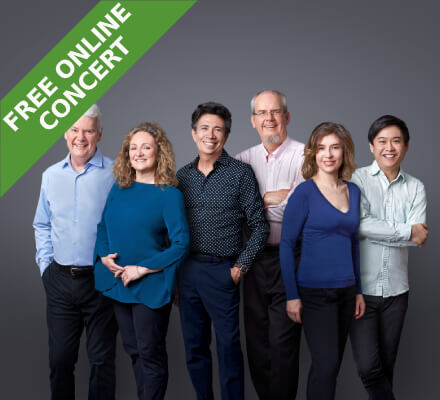 Comprised of the senior faculty of The Royal Conservatory’s Glenn Gould School and, three-time Grammy Award nominees, the ARC Ensemble is among Canada’s most distinguished cultural ambassadors. Although the ensemble performs a wide range of music, its preoccupation continues to be the research and recovery of music that was suppressed and marginalized under the 20th century’s repressive regimes.