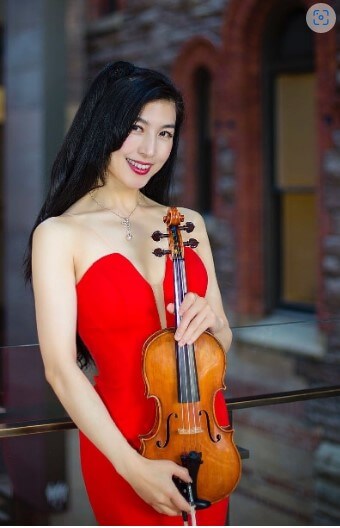 The Canadian Chinese Society for the Arts Symphony Orchestra is delighted to return to the Toronto stage after a spectacular appearance in Beijing, performing at the invitation of the Chinese government in the “Meet in Beijing International Festival.”

The “Winter Waltz” Gala Concert is one of a series celebrating classical music in both Western and Chinese traditions. Earlier concerts were performed to sold out audiences in Toronto’s George Weston Recital Hall and Koerner Hall, TELUS Centre for Performing Arts. This evening features Angel Wang, violinist, the orchestra’s founder and principal artist. In China, Angel was a member of the Tianjin Symphony Orchestra and established the Angel Trio, performing chamber music throughout the country. In Canada, she is a veteran of both stage and screen, most recently the Concert Master for three of Richard Clayderman’s North American tours. Angel is a faculty member at The Royal Conservatory of Music.

Angel and the orchestra will take the audience on an elegant musical journey through China and old world Europe in a program of works by Vivaldi, Tchaikovsky, Johann Strauss Jr., Chen Yao-Xin, He Fang, He Zhan Hao, and Chen Gang.