All The Rage, the new book by internationally acclaimed Canadian playwright Brad Fraser, bears the subtitle A partial memoir in two acts and a Prologue.

“I don’t even use the word autobiography — it’s hardly exhaustive. That’s why I call it a memoir,” he explains. As a point of fact, it covers Fraser’s early life until the dawn of the 21st century.

While he’d been approached a couple of times over the years to document his roller coaster rise through the theatre world, he’d always felt that it was too early. But, when he was approached on World AIDS day a couple of years ago with the idea that he could also document the advent of AIDS and the devastating ripple effects it had on that world, he realized he had an important story to tell right now.

“When he framed it that way, it made sense,” he said. “I could go back and revisit some of the people I’d lost.”

There is now a generation that has forgotten about the epidemic, lending weight to the proposal. Fraser recalls a recent talk at the University of Toronto where he’d been struck by the students’ ignorance about that time. “They had no reference for this, they had no knowledge,” he explains. “If we forget this, it’ll all happen again.”

It’s a different time than when Fraser grew up on the Prairies in a series of small towns in the 1960s and 1970s. The idea of LGBTQ2 rights, or even as a recognized identity, was a distant fantasy. “I think young queer people now don’t realize how difficult it was to gain those rights. They don’t understand how what happened then informed what happens now,” he says. The reach of AIDS activists extended well beyond their own communities. “They changed health care rules not just for queer people, but for everybody,” he points out.

Still, his purpose is to document and tell stories, not to lecture. “On one hand, you can’t blame them either,” he adds.

An Itinerant Early Life On The Prairies

Fraser was born to two hard-living teenagers in 1959, and began life in a poverty-stained and irregular but endless cycle of cheap, horrible rentals and countless moves throughout Alberta. He often changed schools several times a year as landlord after landlord kicked the family out for non-payment of rent.

The family would often end up staying with relatives, which also began a cycle of casual sexual and emotional abuse. Add to that the tensions of realizing he was attracted to men in a stiflingly conservative environment.

“It really severely affected that portion of my life,” he remembers.

Although it’s easy to point to positive changes in the interim, a young gay guy in small town Canada probably faces much the same wall of hatred and misunderstanding.

“We like to think when we live in big cities with our supportive crowds around us, that it’s like that everywhere. A lot of the prejudices and beliefs that were around then are still around now.”

The one crucial difference is visibility — LGBTQ2 role models — which were entirely non-existent when he began to try and navigate his sexuality as a young man. “Most people have some sense of a queer community [now],” he says. But, the fight is hardly over. “We tend to think of Canada, America, England as places that are enlightened. Until we’ve achieved equality worldwide, we have not achieved equality.”

Indeed, in some areas of the world, including south of our borders, there is a steady onslaught aimed at eroding those rights. “If Jason Kenney and Doug Ford had their way, the same thing would be happening here as well.”

Whatever his struggles through high school and into adulthood, the moment he saw his first play in the small auditorium at Victoria Composite High School in Edmonton in 1976, he knew his life had been changed. Within a week, he’d switched high schools for one with a performing arts programme, and a course that would take him out of a hardscrabble existence and into an international and very public career.

For theatre lovers, and anyone interested in Canadian culture, the book chronicles the birth of some of his most famous works and their often rocky road to the stage, including international hits Unidentified Human Remains and the True Nature of Love and Poor Super Man. Many of the personalities of Canadian theatre begin to emerge from his stories, with tidbits and working notes — and that includes backstage details about the 1984 Toronto production of Wolfboy that starred a very young Keanu Reeves.

He’s unsparing when it comes to sharing praise, and judicious in his critiques. That includes a clear-eyed — and at times critical — assessment of his own contributions. Failures are documented as meticulously as are the triumphs, along with a steady unfolding of his personal life and relationships along the way, often in explicit detail.

He paints a portrait of Canadian theatre during a time when it was undergoing a shift change towards recognition of homegrown talent and stories, in contrast with the American and European heavy programming that had always been the norm.

“When you look at the 90s, there was a kind of explosion of Canadian theatre,” he recalls. In the book, he recounts that golden era, a time when his Human Remains, and plays by George F. Walker and Tomson Highway were packing in audiences in Toronto all at the same time.

“There was a real sense of, this is really going to happen,” he says.

But, here in 2021, this has died back down into a situation where American and foreign plays are still dominating the landscape. It’s a state of affairs he attributes largely to the conglomeration of media in Canada, and the resulting slow death of arts and culture coverage.

Fraser also mentions our “sad national inferiority complex” in the memoir. “What we’re doing isn’t good enough. We have to get someone outside,” he says of the impetus to overlook Canadian talent. The excitement of the 1990s has subsided. “That is also our fault,” he says. Fraser talks about theatres becoming more and more insular, playing to their own crowds, pulled into a narrow world of fighting to survive financially and programming too carefully.

The Price Of Life As An Outsider

“I’m here because most Canadian TV and movies are shit and I want to change that.” The line comes from the book, declared by Fraser by way of his introduction to an Edmonton theatre group in the early 1980s.

Fraser’s plays, with their rough-edged characters, street-wise dialogue, and pop culture references, have always placed him as an outsider within the theatre world. As a result, every production was a fight to the finish, with Fraser insisting on, among other things, keeping his unlikable/gay characters and stories at the forefront in the face of a world that just didn’t get it. (An Epilogue gives a passionate call to arms against “disappearing the queer” — embodied in the many requests he’s had over the years to tone down his characters, or even outright to make his leads straight rather than gay.)

But, when it works, it works sublimely. “Theatre is a very involving medium. Theatre requires the audience to use their imagination a lot,” he says. “The way we invest in theatre — we love it when it’s good, but we hate it when it’s bad. That power that it has works both ways.”

The book also details Fraser’s often fractious relationship with the media. At first ignored, then lauded (particularly once his plays had begun to garner notice outside of Canada), then later vilified, he doesn’t spare his critiques of the fourth estate. (In fact, a recent Tweet caustically noted the lack of coverage for the book in The Globe and Mail.)

He realizes, however, that the flack and the struggle are all the price he’s paid for colouring outside the lines. His vision of theatre can’t happen any other way — it has to be messy, abrasive, in your face. There’s a message, but it has to be embodied in the stories he tells.

“It has to be personal,” he says. “If you’re lecturing them, they’re not interested.” In his difficult and multi-dimensional characters, he’s often set out to portray the very qualities that he’s been criticized for. “To try and tell stories that embody what I want to talk about — that’s something I’ve taken great pride in,” he says.

Are there any gems of wisdom gleaned from the decades? “Keep fighting and kick in the door,” he says. “I started fighting against the hegemony of theatre from the beginning.”

And no, it doesn’t get easier. “It has never been easy for me. To this day, it’s still a fight,” he says. “It’s kind of crazy that after 40 years I still have to do that.”

If anything, he’s hoping the book will shed light on his story in a way that reaches out to others who might be starting out from a place of disadvantage, just as he did. “The important thing about the book for me is, hopefully you get the idea that you can break free,” he says. “There was a lot of pain in my childhood, but a lot of that pain resulted in big gains early in my career.”

The book is honest, unsparing, and peppered with explicit language — much like the man himself.

All The Rage is now available from Doubleday Canada.

THE SCOOP | Canadians Icons To Be Recognized At Kennedy Center Honors 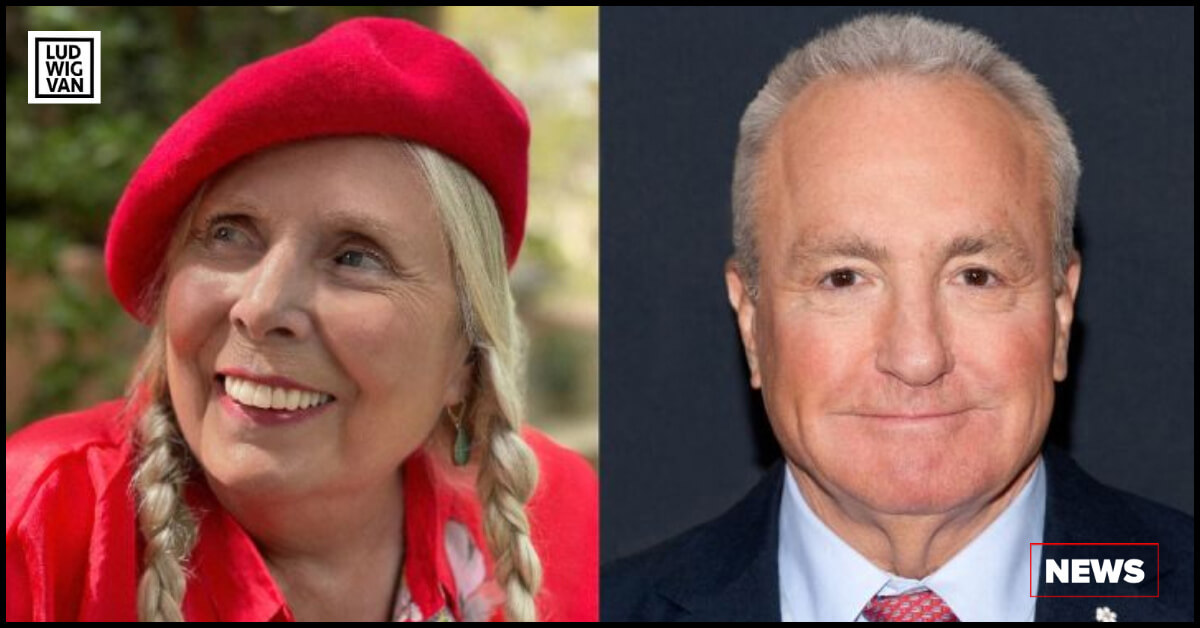 For the first time, two Canadians have made the cut to be recognized at the annual Kennedy Center Honors.
(Continue reading)
Read the full story Comments
Share this article
lv_toronto_banner_high_590x300 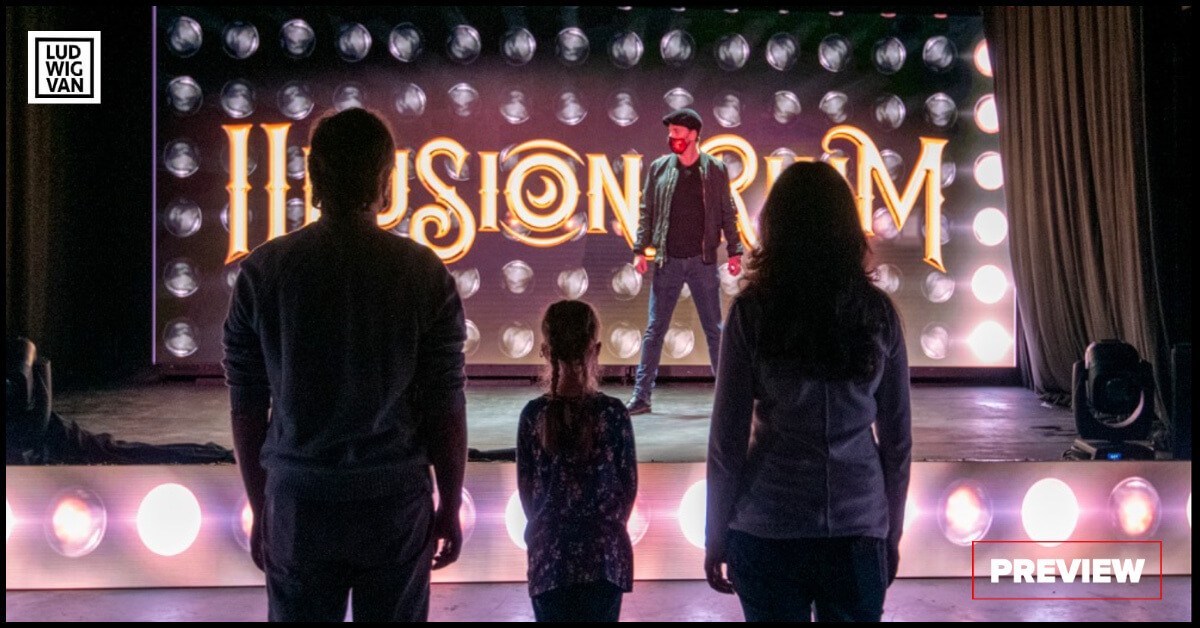 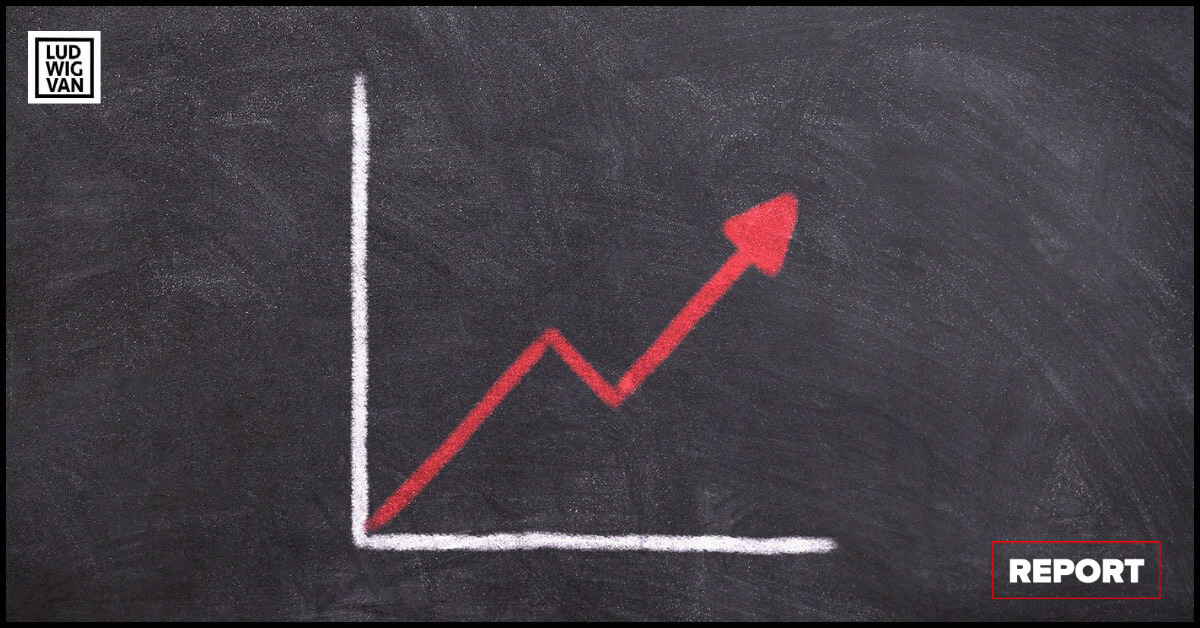 Overall, music consumption in Canada is up 10.6 percent year over year, and the figures surpass even the pre-COVID levels.
(Continue reading)
Read the full story Comments
Share this article
lv_toronto_banner_low_590x300
lv_toronto_ssb_atf_300x300