The Gala Concert of the biennial Azrieli Music Prizes will take place on October 22, featuring the Nouvel Ensemble Moderne, which will be performing the world premiere of the three prize-winning works in Montreal at the Salle Bourgie.

In anticipation of this landmark event in our fall musical calendar, Ludwig Van is happy to profile these three composers, who discuss their musical vision, their award-winning works, and the impact this important prize will have on their artistic careers. 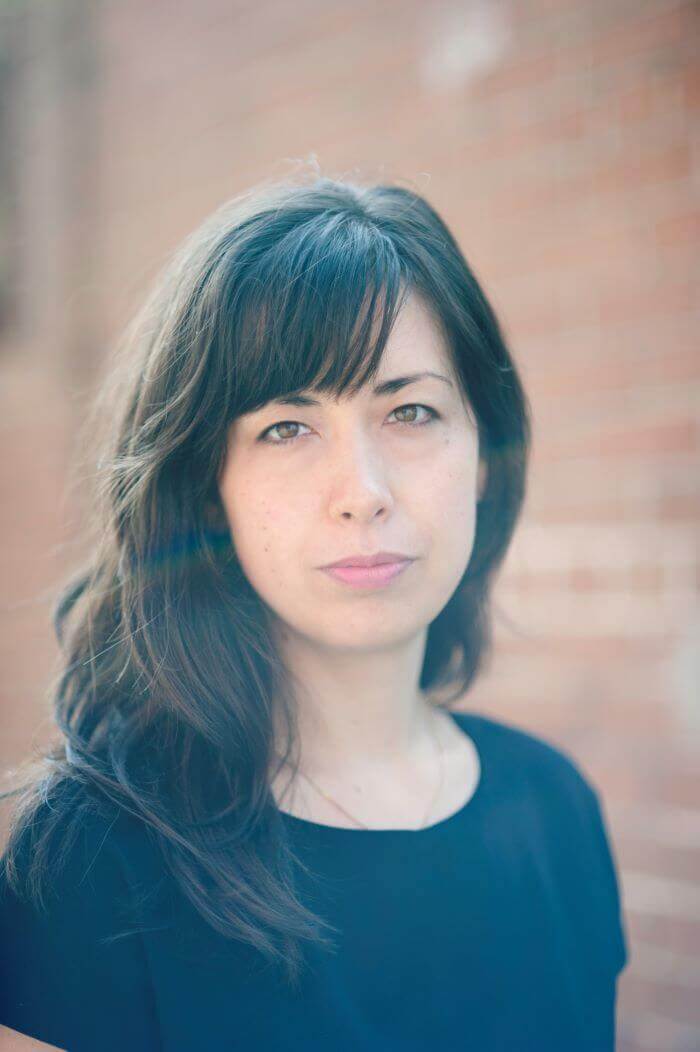 A rising star among Canadian composers, Keiko Devaux has won a number of awards in recent years. The Azrieli Commission, which comes with a $50,000 prize, has allowed her to reflect on what Canadian music represents to her.

“Canadian music is defined by the voices of the people living here, and because of this country’s dynamic and multi-faceted identity, it is a tapestry containing influences of many traditions and histories woven together. These collective sonic memories that we have held onto, shared, diffused and celebrated together are what define the Canadian sound to me.”

“It was important for me to reflect upon, and be very aware of not just the rich, multilingual and multicultural identity of Canada, but its history of colonization as well as the historical and current exclusion and ‘othering’ of immigrant communities within the Canadian identity. I wanted to reflect upon my personal story, and the role that I play in this broader history, before even contemplating my artistic voice within this complex cultural narrative.”

She strongly feels that being the first Laureate of the Azrieli Commission for Canadian Music will have a strong impact on her artistic trajectory.

“There is no doubt that to receive such a prestigious award represents a tremendous recognition for an emerging artist. Beyond the substantial financial support and the increased visibility it provides, this prize clearly confirms that I am heading in the right direction, and that my voice as a composer has been heard by and has touched people I admire. I am only talking about the initial effects here, as the international performances and the studio recording are still to come.” – Keiko Devaux

“I have been thinking and composing about my Jewish identity for the past twenty years and I still don’t have a clear answer. There is no central defining feature of Jewish music, as I believe there shouldn’t be for any composer, regardless of their ethnic group, religious group, sexual orientation or physical ability. Jewish music doesn’t need to have a certain sound for it to be Jewish. If the intent of the composer was to musically grapple with some aspect of Jewishness, I suppose that is enough to make it Jewish music.”

For Haber, the Azrieli Music Prize represents a unique opportunity in any composer’s career:

“I can think of very, very few prizes for composers in the world that come with as much as the Azrieli Prize: it is not simply a commission, but a recording, multiple performances, and a great deal of international exposure. It is a special prize whose architects really consider the importance of a new work not simply being presented once and then disappearing!” – Yotam Haber

Entitled Estro Poetico-armonico III, Yotam Haber’s award-winning piece is inspired by the book of psalms written by Benedetto Marcello (1686-1739). These psalms were composed following a visit to the Venice synagogue.

“In Marcello’s preface to the first edition, he writes of the musical connection between what he heard in the synagogue and a historical lineage passed down from generation to generation all the way back to Mount Sinai. While this assertion can’t be proven in any way, the idea is evocative: a hope that an ancient oral tradition can withstand time and change. Like the Telephone Game, where children whisper messages from one ear to the next, a purely oral tradition will mutate. My own Estro is a sort of Telephone Game, with my own re-hearings and re-casting of the past.”

“The ethnomusicologist Leo Levi recorded Jewish communities in Italy from the 1950-60s, and especially the extraordinary Roman tradition. These recordings are a window into a liturgical tradition that is slipping away, and I have been fascinated with these recordings for more than ten years. I have paired each recording I’ve chosen with an Israeli poem that deals with the realities of modern life in Israel while grappling with its history.”

“This work was written for mezzo-soprano, chamber orchestra and electronics. It is an exploration of what it means to be an Israeli today, through the setting of modern Israeli texts grappling with religion and existence in sometimes controversial and emotional ways. I place my mezzo-soprano in dialogue with Leo Levi’s cantors, sometimes joining them, sometimes at great odds with their voices.”

“Many members of the Roman Jewish community pride themselves on the continuity and perseverance of place, culture, and traditions. I, on the other hand, am a sort of cultural nomad. Born in Holland, I grew up in Israel, the Ivory Coast, and Nigeria before coming to America as a ten year old. My father was born in Kyrgyzstan and spent three years in a French refugee camp before being allowed to enter the State of Israel in 1948. My mother, born in Palestine, was raised by parents who themselves were born and raised until adulthood in Indonesia.  At large family gatherings we would have parents, grandparents, uncles and aunts contributing dishes of Russian, West African, Middle Eastern, Dutch, and Indonesian cuisines: all remnants of our wandering history. My fascination with the liturgical practices of Italian Jewry is a reaction to my own existence of wandering. Their history begins in a sense like mine and that of many Jews: expulsion after the destruction of the Second Temple in Jerusalem in 70 C.E., and Diaspora.”

“But unlike my family’s history, the Italian Jews for the most part did not wander. Certainly they were segregated from society in many ways until the end of WWII, but they did not wander. They stayed together and their oral tradition was kept insular: a cold comfort, but one that feeds my creative fantasy of an unbroken line, passing on a sacred musical tradition. My project seeks to capture an essence of this paradox: the desire to maintain traditions while recognizing that change is both unstoppable and necessary.”

Yitzhak Yedid, Laureate of the 2020 Azrieli Prize for Jewish Music

For Yizhak Yedid, it would be inefficient, perhaps even against Jewish thinking, to attempt to define what constitutes – and what does not constitute – Jewish music.

« From a subjective point of view, I don’t necessarily need to hear specific Jewish sounds, such as Jewish modes and Jewish ornamentation, to feel connected to Jewish tradition, which I personally love. One thing of interest is that, generally speaking, although musicologists have found ‘Jewish sounds’ in works of some of the greatest Jewish-born Western Art Music composers, such as Felix Mendelssohn, Arnold Schoenberg, George Gershwin and György Ligeti, if their music would be defined as ‘Jewish’, it should be because of ideas outside the actual sound of their work.”

The composer is honoured to be awarded the Azrieli Prize for Jewish Music and is greatly looking forward to the Gala Concert taking place on October 22.

“The Azrieli Music Prizes are prestigious prizes for adventurous new music and AMP is one of the most important presenters of contemporary music that integrates Jewish tradition, Jewish philosophy and Jewish culture.” – Yizhak Yedid

As a composer, Yizhak Yedid always endeavours to weave together different traditions; indeed, his compositions bring together the music of his Syrian-Jewish and Iraqi-Jewish ancestors with Western art music.

“The integration of Jewish music, Sephardic Jewish tradition and Arabic-influenced Jewish music has been in the heart of my creative work for many years. I am fond of multiethnic, multicultural, and consequently, transnational arts. I would like to dedicate my prize to the idea of pluralism and multiculturalism and to those who fight racism and nationalism. I am pleased for the opportunity to contribute to the development of such an important tradition and stream in contemporary music.”

His piece, entitled Kadosh Kadosh and Cursed, was inspired by the Temple Mount in Jerusalem, a holy but site, which Muslims as well as Jews consider to be sacred. This composition is a kind of documentary on a holy site (Kadosh Kadosh) that is also, in his opinion, a cursed place that is rife with inter-religious violence.

“Kadosh Kadosh and Cursed is a conflicting homage to my hometown, Jerusalem. The work, in two parts, consists of twenty-four connected tableaux, or musical scenes, that bridge the variegated compositional approaches originating from two remote, opposing musical traditions: on the one hand from Arabic art music and Mizrahi (Arabic-influenced, Jewish) Piyyutim (liturgical and paraliturgical ornate songs), and on the other from European traditions, avant-garde music, and improvisation.”

These world premieres are part of the prize awarded to each of the AMP’s laureates. Valued at more than $200,000 CAD, AMP includes a prize of $50,000 CAD; two subsequent international performances, as well as a commercial recording of the award-winning composition on the Analekta label.

This article was sponsored by the Azrieli Music Prizes.

Latest posts by Caroline Rodgers (see all)
Share this article