Another cycle of wintry nights is upon us. Passing the high cusp of the twelve days of Christmas, we now trudge through long darkness, often with wet and cold feet — the annual return to oneself, by oneself. It’s a process that demands honest reflection, solitude and wafting dreams, both haunting and comforting. Like the seasons, Schubert’s short life of 31 years was full of ups and downs — fame and happiness, and just as much difficulty and melancholia. Close to end of his life, Schubert immortalized these dark human emotions in Winterreise, Op. 89, 24 vignettes of a lonely wanderer, and it remains a favourite for both performers and audience.

Perhaps the most loved of the entire oeuvre of lieder, there are so many reference interpretations of the Winterreise (including my personal favourites by Ian Bostridge-Julis Drake and Thomas Quasthoff-Daniel Barenboim), that it feels nearly impossible to look for yet another interpretation; however, 21C Festival dares us exactly that, an alternative Winterreise — stemming from the fusing of friendship and curiosity on the evening of January 17, 2020, by the Le Chimera Project.

Philippe’s fascination with Winterreise goes back a few years. “Winterreise had fascinated me since my first years as an undergrad at McGill University. I was struck by the juxtaposition on the one hand of its devastating emotional impact, and on the other of its quasi-meditative moments of stasis and reflection. I was keen to begin a relationship with the cycle early in my career and return to it continuously, a kind of Wanderstab (walking stick) to ground me throughout my life as a singer,” he says.

When Philippe met Roy Rallo at the San Francisco Opera’s production of The Barber of Seville as an Adler Fellow, Philippe felt a strong desire to create a show with Roy. Upon discovering a mutual love of Schubert, both men saw the perfect choice for a project: Winterreise.

Exposed to an abundance of Eastern European folk music for the past 10 years, Félix De L’Étoile was immersed in experimenting and expanding his horizons in diverse idioms ranging from Bluegrass to Klezmer. Especially fascinated with the experimental world fusion of bands like Toronto’s Lemon Bucket Orkestra and Australians The Barons of Tang, along with his perennial interest in American avant-garde composer John Zorn and his circle of artists, Félix began to look in reverse with his clarinet. “Ironically, [it] was a backward process — I began with the avant-garde and went back to learn the more traditional styles,” says Félix. To further his quest, Félix formed a band with a friend in Montreal, La délégation, dedicated to creating interpretations of folk songs from Bulgaria, Romania, Macedonia, and Turkey, among others.

Connected through Philippe’s girlfriend, Félix first invited Philippe to one of LD’s shows at Quai des Brumes, Montreal, and when Philippe saw Félix and Samuel play an arrangement of “Gute Nacht” for Samuel’s final undergraduate recital, the pieces started to come together. Philippe and Félix zoomed into the idea of rearranging Winterreise, and how they could fuse folk idiom to this enigmatic wanderer.

“Félix was familiar with Schubert’s cycle, and suggested Klezmer quartet: violin, trombone, accordion, and clarinet,” says Philippe. “… The idea was not to create a Klezmer Winterreise per se, but to let the limits of this particular instrumentation guide us into rediscovering the piece.”

Having worked together on various arrangement projects for accordion and clarinet, Félix contacted musician Samuel Carrier, and they decided on adding a violin and a trombone to complete the ensemble. “Jonathan was the best violinist we knew, and the three of us already had experience playing together in the anarcho-fanfare band, Tintamare, so it was obvious we would bring him aboard,” says Félix. And with the addition of Karine Gordon, they delved into the music. “She is a very talented and versatile trombone player whom I met kind of randomly at the right moment,” he says.

Félix and Samuel made the first arrangement of the cycle, splitting the 24 songs between them, each working on their own in a solitary process. With the completed first draft, they all got together and played it through. “The process of editing came naturally, each of us having our say, trying out different ideas until we unanimously agreed on what was most effective for a particular song,” says Philippe.

With four instrumentalists and vocalist, the songs vary in their configuration (in ensemble and physical stage format); there are moments when all musicians are performing simultaneously, but they naturally centered toward lieder’s close intimacy. “We found ourselves more often going back to the pairing of the voice with a single accompanying instrument. This intimate dyad is at the heart of lieder performance, and we wanted it to be valourized in our production,” Philippe explains.

“Very few of the original arrangements have survived. It is important to note that this process is still ongoing, as the experience of performing is constantly deepening our understanding of, and relationship to, the piece. We have no choice but to react to this deepening relationship,” he says.

Le Chimera Project focused on the final evolution stage during a two-week residency at Domaine Forget in 2017, especially for the staging element of the show. “As both instrumentalists and vocalist perform entirely from memory, we were physically freed to physically manifest our evolving interpretation of the work,” says Philippe.

“The scope of the project became self-evident as we attempted to stage the show. We were blessed to have the concert hall at Domaine Forget entirely to ourselves for two weeks to create the production. All scenic elements emerged naturally from the intimate musical relationships being embodied on stage,” he says. “To be completely honest, the initial impetus for the project was pure curiosity. What happens when you put five musicians on stage linked by the common thread of a memorized musical DNA? How can they best embody this music? I would say the current state of the project is plugged into the very same curiosity.”

Since their premiere, Le Chimera Project have toured the production and created a recording (Analekta), which was chosen as one of the 20 favourite Canadian classical albums of 2019 by the CBC. However, as LCP’s live presentation draws equally from aural, spatial and theatrical elements, the recording exists as an independent facet. “The recording cannot represent the production as a whole. It should be taken as its own product. The recording was a way for us to direct our focus at the purely musical elements over a contiguous period. I’m unashamed to say that recording the album was like an extended musical rehearsal! Another step in our developing relationship with this music,” says Philippe. As the group explored the extremes of dynamic and colour available in a studio (which may be near-impossible in a live venue performance), it was a valuable outlet, but it is not a performance.

With the expertise of Roy and costume designer Doey Lüthi, all five musicians contribute musically and physically in every performance, specifically adapted for the given space. The element of drama — much like an opera — is a core interest and strength of Le Chimera Project, and as they tour, the show is constantly adapting to the given space, hence constantly evolving.

It is an act of love to present a classic work. It becomes an act of courage to re-interpret a classical work. There is so much love and comfort invested in tradition. And excellence is found, appreciated and preserved through tradition. It is inevitable that such excellence will inspire new ideas — and new is different, and different can easily be equated to difficult.

Le Chimera Project has interwoven many things in this project. And their voices can be heard from a recording. There are even a few pieces of footage scattered around the internet. But just like the real passage of time, a performance can only truly exist in the present — to be heard and seen, and to be experienced. 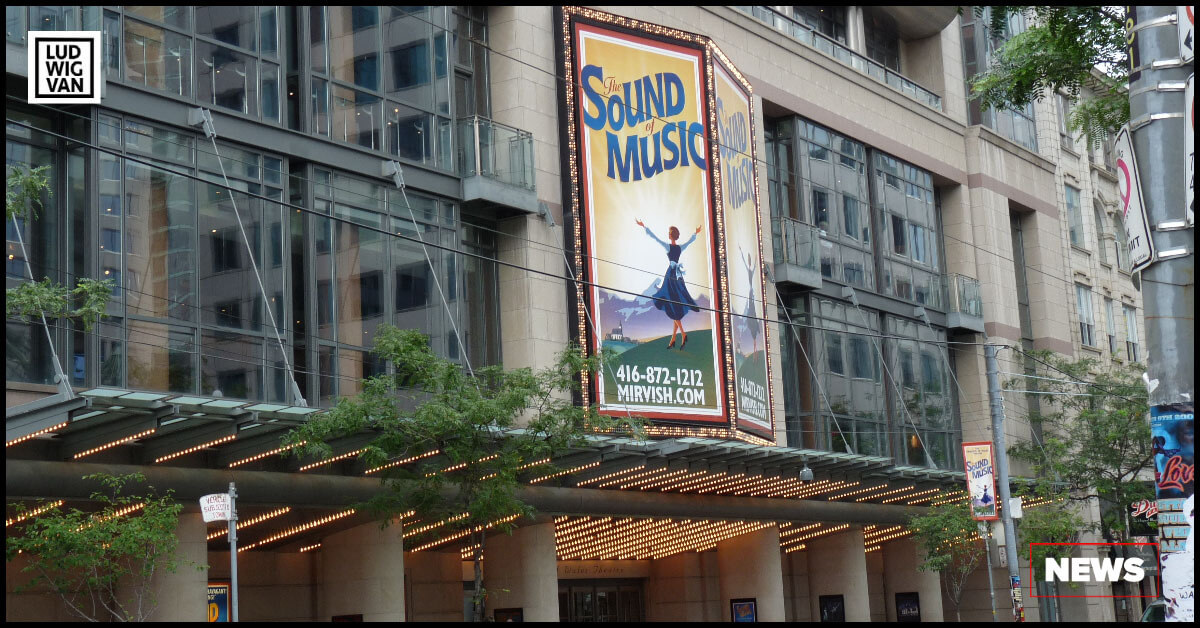 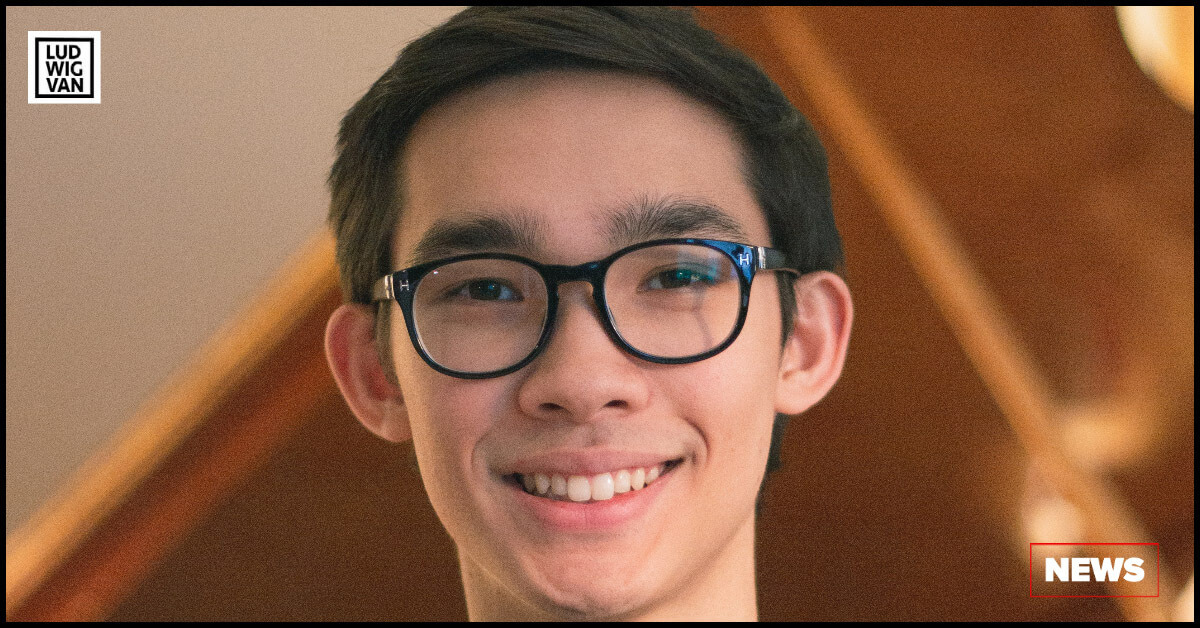 Opera Atelier has announced a new production titled 'All Is Love' just in time for Valentine’s Day, along with a summer performance in Italy.
(Continue reading)
Read the full story Comments
Share this article
lv_toronto_banner_low_590x300
lv_toronto_ssb_atf_300x300
lv_toronto_ssb_high_300x300