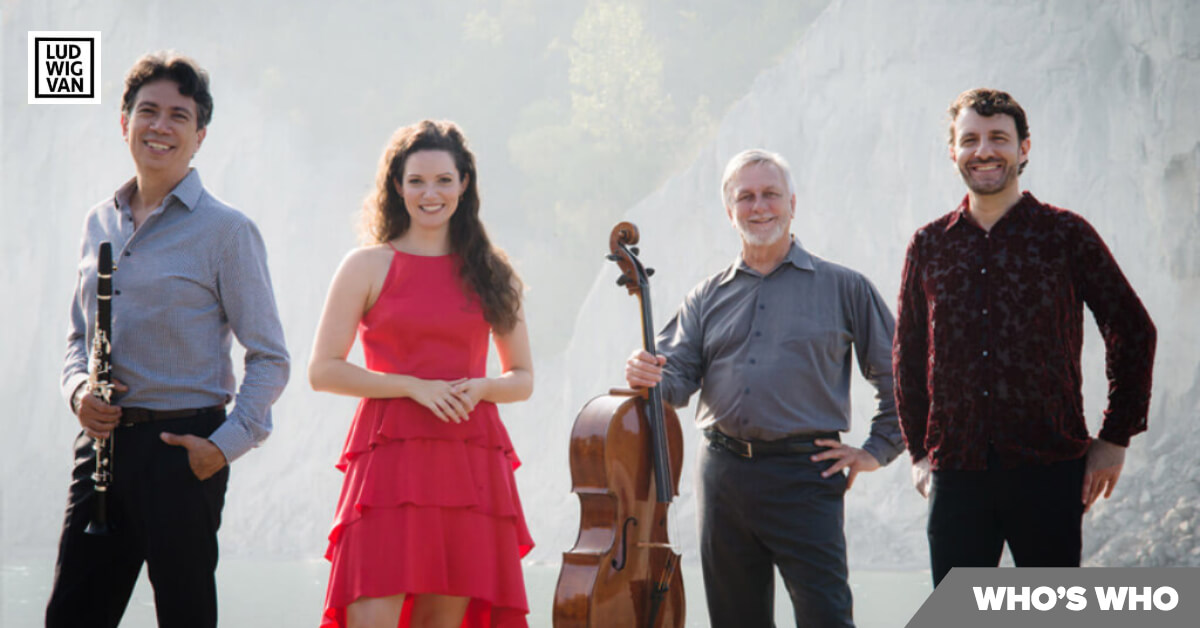 “Without Komitas, we would have been left with no record of most of our musical heritage. He laid the foundations of our national music,” says pianist and composer Serouj Kradjian.

TORONTO, CANADA – October 10, 2019 — Amici Chamber Ensemble and The Royal Conservatory of Music (RCM) are proud to present Komitas: A Canadian Tribute, Friday, October 25 at 8 p.m. in Koerner Hall, Toronto Ontario Canada. This multi-faceted celebration commemorates the 150th birthday of Father Komitas, a composer and pioneer of ethnomusicology, who was widely admired for combining traditional music and progressive musical trends of his time.

“Other than his beautiful and profound music, which I believe will deeply resonate with Armenians and non-Armenians alike, the audience at Koerner Hall and around the world through the livestream, will come face-to-face with a relatively unknown cultural icon, a visionary, whose story and legacy is yet another undeniable proof that the human mind and soul is unbeatable and unbreakable, when guided by noble principles, however impossible they may seem to attain. ‘So much beauty in its simplicity’ and, ‘balm for the soul’ are comments I’ve heard many times over the years from non-Armenian artists and performers about the music of Komitas. Through these songs and sacred hymns, Komitas created a melodic and harmonic language which sounds neither Western nor Eastern. It sounds unique and timeless. That’s what fascinates the non-Armenian performer and listener.” Serouj Kradjian

Amici Chamber Ensemble also realizes the dream of presenting its first livestream, allowing as many people be able to experience this exceptional composer as possible!  Komitas: A Canadian Tribute will be available to watch live from the Koerner Hall Livestream 8 p.m. EST October 25, 2019 at: www.rcmusic.com/livestream

“While curating the program, I decided to primarily focus on creatively depicting his sometimes joyful and mostly difficult life journey through his songs and instrumental music. The songs I’ve chosen represent his love for village life and nature, the joyful songs and dances at weddings, his devotion to music for children, his life as a priest, his special relationship with French composer Claude Debussy, his agony during the Genocide, and falling silent as a result. Of course, all his “hits” such as Tsiranee tsar, Krunk, Garun a, Antuni, Keler-Tsoler, Hoy Nazan, Surb-Surb are included, alongside lesser known songs such as the Children’s Prayer, which he composed during his deportation, and which ended up being his very last composition.” Serouj Kradjian

This ambitious project is a continuation of Kradjian’s work on the Grammy Award-nominated album Gomidas Songs and the resulting North American tour, effectively introducing this music to a wider non-Armenian audience.

About Amici Chamber Ensemble: The Amici Chamber Ensemble is celebrating its 32nd anniversary as one of Canada’s finest and most distinguished music ensembles. Artistic Directors clarinetist Joaquin Valdepeñas, cellist David Hetherington and pianist Serouj Kradjian invite some of the finest musicians to join them in innovative and eclectic programming, celebrating friendship through music. Visit: www.amiciensemble.com

Joaquín Valdepeñas is regarded as one of the most distinguished clarinetists of his generation. Active soloist, chamber musician, and conductor, he has performed at festivals and concerts series throughout the world.

David Hetherington is a cellist performing as a soloist and chamber musician around the world. He is also a prolific music teacher and coach nationally. He is said to play his 1695 cello made by Giovanni Grancino of Milan “with rare delicacy and clarity”.

Serouj Kradjian is hailed as a “keyboard acrobat” of “crystal virtuosity” by the press. His prowess in breaking boundaries as soloist, chamber musician as well as composer and arranger has been praised across North America and Europe.

The Royal Conservatory of Music is one of the largest and most respected music and arts education institutions in the world. Providing the definitive standard of excellence in music education through its curriculum, assessment, performances, and teacher education programs, The Conservatory has had a substantial impact on the lives of millions of people globally. In addition, the organization has helped to train a number of internationally celebrated artists including Glenn Gould, Oscar Peterson, David Foster, Sarah McLachlan, Angela Hewitt, and Diana Krall. Motivated by its powerful mission to develop human potential through leadership in music and arts education, The Royal Conservatory has emerged over the last two decades as a leader in the development of arts-based programs that address a wide range of social issues. For more information, please visit www.rcmusic.com.