Have you ever wondered about the difference between house vs. home? One builds a house — a physical dwelling — but home is made through living in it. This subtlety embeds throughout English, both the language and the culture, as we still meet with friends in different houses — whether it be a coffee or tea house, or a pub (a public house). When Bach moved to Leipzig in 1723, he ended up spending the rest of his life there — he made Leipzig his home. He had his big family there, built a legacy that still sings through people’s hearts, and played an important role in the city, including the bustling scene of the Leipzig coffee houses.

Drawing from this rich cultural period, Tafelmusik first presented Tales of Two Cities in 2016. And now, on Thursday, Oct. 10 — a traditional Pub night — a small group from Tafelmusik returns to the idea of the coffee house, but this time, with a new friend, Alex Samaras, rolling into one of Toronto’s favourite brewpubs, the Burdock, to present a new rendition of Haus Musik: Café Counterculture.

The project got started between long-time friends, Marco Cera, oboist for Tafel, and jazz musician/arranger Andrew Downing. Marco met Andrew at a party 10 years ago through a mutual friend, and this is the first project they are collaborating in together. “When I was asked from Tafelmusik to coordinate this Haus Musik back in April 2019, I accepted with enthusiasm — and immediately thought that collaboration with Andrew Downing would fit the program,” says Marco. Marco grew up with big interest in all kinds of music. “Since I was a teenager, I’ve been trying to learn different musical languages — blues, jazz, bluegrass and traditional Italian music, on all sorts of instruments, and also studied improvisation,” he says. As both Marco and Andrew stick to a wide omnivorous musical diet, when Andrew drew a fantastic parallel to the Leipzig coffee houses from a great moment in Canadian music history, the Yorkville Café scene from the 1960s, Marco was on board immediately.

It’s quite difficult to imagine Yorkville being loose and creative today, as it’s now full of boutique shops and expensive restaurants and condos. But once there stood flower children hangouts, including the famous, and now long-gone Riverboat, downstairs at 134 Yorkville from 1964 to 1978 (it has been absorbed by the Hazelton Hotel since then), where Joni Mitchell, Gordon Lightfoot and other hippy muses sang their hearts out. And once they zoomed into the idea, the next idea rolled in. “We decided we need to find someone to sing the beautiful songs we wanted to present,” Andrew recalls. They called Alex Samaras.

A Toronto local who grew up in the High Park area, it’s hard to describe what Alex does in a single word. He’s toured across Canada with the Queer Songbook Orchestra and A Sondheim Jazz Project. He has collaborated with choreographers Susie Burpee, Meredith Thompson and others. He does new operas, and teaches singing at the University of Toronto Jazz Department and Humber College. So when Andrew got in touch, this chameleon man was excited. “I’m thrilled to be part of a Tafelmusik show,” he says. “I grew up in a household that listened to classical music all the time and my parents took me to Tafelmusik concerts as a child.”

The program consists of two halves: old German Baroque favourites (Handel, Fasch, Bach and Telemann) chosen by Tafel musicians, and Marco, Andrew and Alex picked out the other half together — five songs from the 60s and 70s Yorkville folk scene. “We wanted to include as many Canadians as possible. And, we also wanted to choose songs that were not only beautiful by themselves, but that would take to an arrangement well. We also wanted a few very familiar tunes, like Both Sides Now (Joni Mitchell), and Scarborough Fair (Simon and Garfunkel), and some more obscure tunes by famous artists, like Winter Boy (Buffy Sainte-Marie) and This is My Song, by a group called Two Tones, which was Gordon Lightfoot paired with his high school friend Terry Whelan,” Andrew says. The fifth song on the program will be Four Strong Winds, by Canadian folk duo, Ian and Sylvia.

For all three, this element of time travel and cross-genre always felt natural and inevitable. Andrew’s been listening to Tafelmusik for years, and it inspires him greatly in this project. “It’s always inspiring to write for, and play with musicians of such a high caliber who care about making the music the best it can possibly be,” he says. “Of the musicians in the group, I know Marco the best, and know him to be an open, positive musical force who loves all kinds of music, so I knew the process of writing the arrangements would be met with the right spirit.”

Marco and Alex are equally looking forward to it.

“I can’t wait to hear and to bring to life Andrew’s arrangements of the songs from the Yorkville scene in Toronto in the 1960s and to collaborate with Alex Samaras,” Marco says. “I’m looking forward, to see the reaction of the audience to this innovative soirée. You don’t get to hear Joni Mitchell, Simon and Garfunkel, played on Baroque instruments every day! I’m curious to find out how these songs will sound next to the music of Bach.”

“The pairing of classic folk songs with the arrangements played on Baroque instruments is a recipe for magic!” Alex notes. “As a singer, I’ve never identified with one style or approach. so I’m looking forward to feeding off the energy that the ensemble brings to the music from their Baroque/Classical background and combining it with improvisation and play.”

Tafel regulars Elisa Citterio, Dominic Teresi and Charlotte Nediger will join these three interesting humans on the evening of the 10th, and with everyone’s expertise and camaraderie, this show promises intimate conversations.

We, homo sapiens, are social beings, and as individuals, most of are in lifelong search of friends. And it’s that feeling of camaraderie that brings us joy in times of high, and comfort in times of low. Then we make experiences and memories — such integral parts of being human. So take that stroll to the Burdock after dinner, get your favourite beverage and soak into the pub air — a neighbourhood’s shared living room. Let your old and new friends serenade and talk to you, from times of now, and from afar. And stay until the last call.

CRITIC'S PICKS | Classical And Opera Streams You Absolutely Need To See This Week: April 26 – May 2 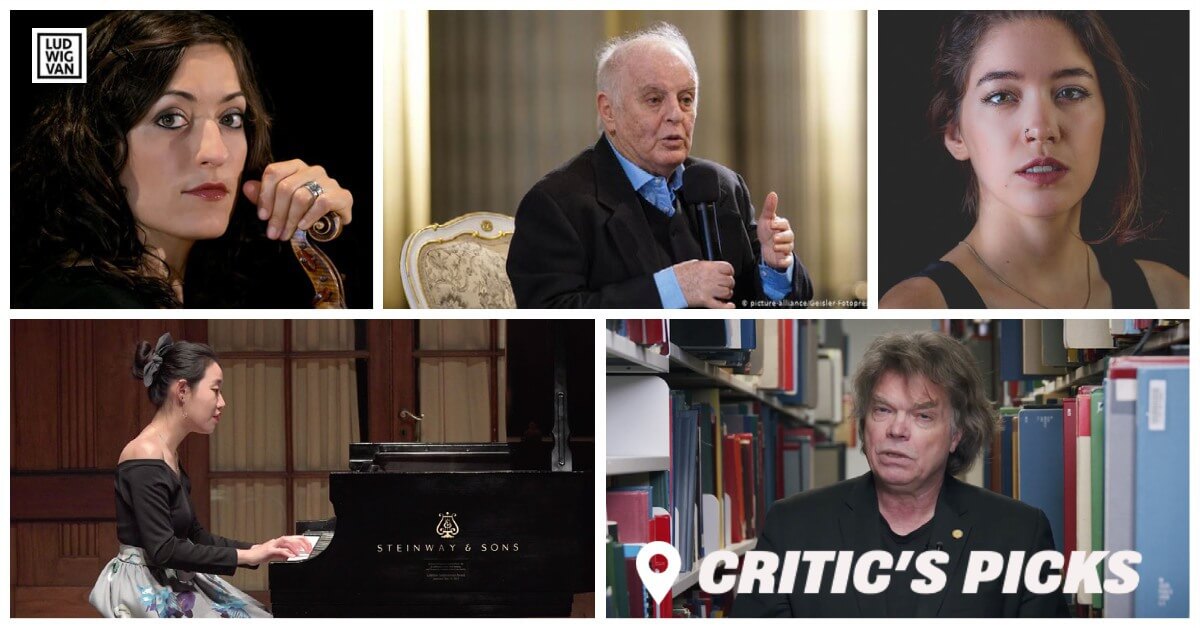 Classical music and opera events streaming on the web for the week of April 26 to May 2.
(Continue reading)
Read the full story Comments
Share this article
lv_toronto_banner_high_590x300
lv_toronto_ssb_atf_300x300