To paraphrase a pithy bon mot popularly attributed to Walt Kelly, “We have seen the future of Canadian classical music, and it is the National Youth Orchestra of Canada.”

The NYO under the baton of world-renowned British conductor Michael Francis stopped at Koerner Hall on Monday, July 29th as the last leg of its five-city Canadian tour that also included Ottawa, Montreal, Parry Sound and Stratford, before jetting off to Spain for three more festival concert dates that run through August 11th. It is humbling that 40% of Canadian orchestras are comprised of NYO alumni, with this ambitious program performed by 94 fearless players aged 16-28 giving a distinct sense of peering into a futuristic crystal ball, assuring this country’s orchestral and chamber music scene is in very good hands, indeed.

The near-capacity concert introduced by NYO President of the Board of Directors, James Hunter, and performed in the company of the Lieutenant Governor of Ontario Elizabeth Dowdeswell offered two centrepieces: Brahms’s “Concerto for Violin and Cello, Op. 102 in A Minor,” colloquially known as the “Double Concerto,” showcasing this year’s Canada Council for the Arts Michael Measures Prize recipients as soloists: cellist Matthew Christakos (first prize of $25K) and violinist Alison Kim (second prize $15K), as well as ten excerpts from Prokofiev’s Romeo and Juliet, Suites Nos. 1 and 2, cobbled together into a pastiche score that (loosely) follows the narrative arc of Shakespeare’s ill-fated lovers’s tale of woe.

The 58-year-old NYO boasts an impressive record of commissioning new works for its annual four to five-week summer intensives and subsequent international tours that nurture emerging artists’ appetites for cutting edge contemporary music, in addition to the more standard fare that will be their bread and butter for years to come — with this year no exception.

A new partnership with The SOCAN Foundation/NYO Emerging Composers’ Mentorship Program bore its first fruit with inaugural recipient Canadian-American composer Jared Miller (in attendance). The UBC graduate and current Juilliard School Doctoral Fellow’s “Under Sea, Above Sky” is a personal love letter to Planet Earth imperilled by the throes of climate change, with his 11-minute work by turns thundering with bass drum strikes and fortissimo brass; or drawing listeners into its ghostly soundworld with glassy string harmonics and ethereal glissandi suggesting the wail of whales, or beckoning sirens of the sea. Miller’s keen ear for orchestration also includes bowed crotales, whispers, and whistle tones — as well as actual whistling by the wind players — instilling an elegiac sensibility in the spirit of other environmentally-minded composers as John Luther Adams. Individual players are also wisely highlighted during short solo passages, including principal harpist Nicole Lancaster’s plucking of her lowest strings to startling effect in this work ostensibly a cautionary tale.

Following the premiere, Kim and Christakos then took the stage for the Brahms, with the latter immediately digging in hard with his opening thematic statement during first movement “Allegro,” before joined by Kim. Both players are confident, able soloists in their own right; however also proved their simpatico partnering skills with their tightly knitted contrapuntal lines and polyrhythms giving backbone to Brahms’s “super-sized string instrument” in his final orchestral work dedicated to violin virtuoso Joseph Joachim. Kim also displayed a remarkable poise underscored by her burnished tone during the “Andante,” performing her lyrical lines in a musical dialogue with Christakos until their final cadence. The duo took a lighter, more playful approach to the Gypsy-infused finale that (thankfully) grew in intensity after Francis picked up the pace during the orchestral tutti; ultimately driving forward with its jagged, angular syncopated rhythms crisply articulated in the acoustically rich hall able to withstand the gale force of a 94-piece orchestra.

After a rousing standing ovation including three curtain calls, the couple delivered their encore of the Handel/Halvorsen “Passacaglia for violin and cello,” their interpretation having notably grown stronger and more confident since I heard this performed at the Festival of the Sound/Parry Sound on July 25th,  that also featured a rafter-raising Mahler 5.

It’s noteworthy that, while most professional orchestras maintain a core nucleus for years, or even decades, the NYO re-invents itself each summer with a full 57% of an auditioned 519 aspiring musicians brand new to its ranks this year, including three exchange students from the European Union. The NYO also gains street cred as a billed national orchestra when players from each province are asked to rise following intermission — including 33 from Ontario alone — and it is a testament to NYO’s organizational and musical leadership that a large group of ostensibly virtual strangers gel so cohesively, and musically during their relatively brief time together.

With the NYO’s range of eclectic repertoire this year spanning Brahms to Vivaldi; as well as a natural choice of de Falla for the Spanish performances being held at San Lorenzo de El Escorial, Alicante, and Granada, Prokofiev’s Romeo and Juliet suites derived from his politically star-crossed score of 1934 for the Soviet “drambalet” becomes another wise choice, creating variety and contrast while riding the coattails of youthful high spirits and contagious energy that fuels this ensemble.

Never was this more apparent than during an all-guns-blazing “Death of Tybalt,” a proverbial showstopper rendered as a testosterone-soaked street brawl including rugged downbows and snap pizzicati, leading to a stunned crowd bursting into applause including a few hushed “wows” by the end for its raw, visceral power. Francis (rightfully so), who last led the NYO in 2015 with this year his sophomore appearance on its podium, pushes his players like stallions; attacking this section, as well as “Masks” with its propulsive rhythms, and “Minuet,” performed not as a stately court dance, but full-blooded mating ritual rife with textural and timbral colour. And one is never quite the same again after hearing its two blood-curdling, dissonant shrieks at the top of opener “Montagues and Capulets” performed by nearly 100 musicians as if there were no tomorrow.

The maestro paced the overall work well, with each selection organically bleeding into the next with (relatively) quieter movements including “Juliet the Young Girl,” and “Friar Laurence” providing welcomed repose, although more sweetness, and particularly with the strings now playing with an abundance of zeal during “Romeo and Juliet,” and “Romeo and Juliet Before Parting” would have helped balance the brute of the earlier movements. “Romeo at Juliet’s Grave” that caps the entire work once again saw Francis wringing out every ounce of emotion from his players, who responded in kind until a final, breathless close that elicited another standing ovation from the crowd of family, friends and supporters with cries of bravo.

It’s a longstanding NYO tradition to end with song, and in this case, hearing the blended voices of these suddenly morphed choristers coached by NYO Choir Director and Guest Conductor for the Elmer Iseler Singers, Mitchell Pady, stirred the soul with their final musical offerings sung in SATB: Matthew Emery’s poignant “Lead Us Home,” commissioned by NYO in 2018, and in Canada’s other official language, this year’s similarly commissioned “Garde ton rêve” by Franco-Ontarian composer Marie-Claire Saindon. Both works will be toured to Spain this month, the latter’s lyrical suspended harmonies rising and falling like waves on an ocean separating two continents — geographically far, yet united in music.

[Correction: a previous version incorrectly named Lori Gemel as the harpist featured in Jared Miller’s “Under Sea, Above Sky”.] 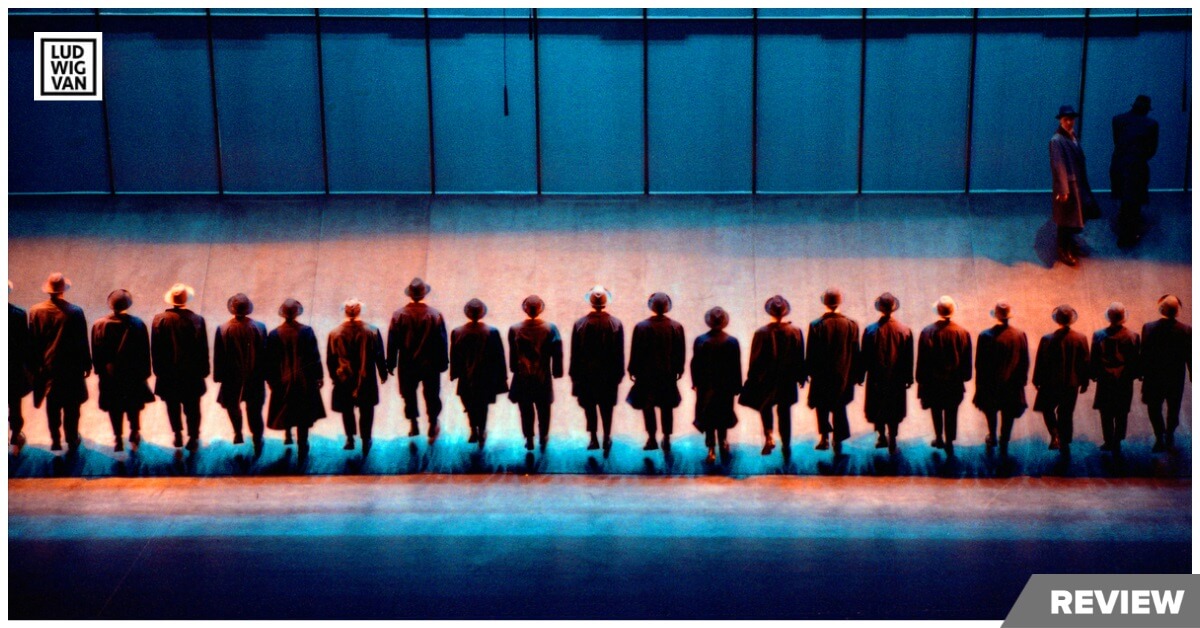 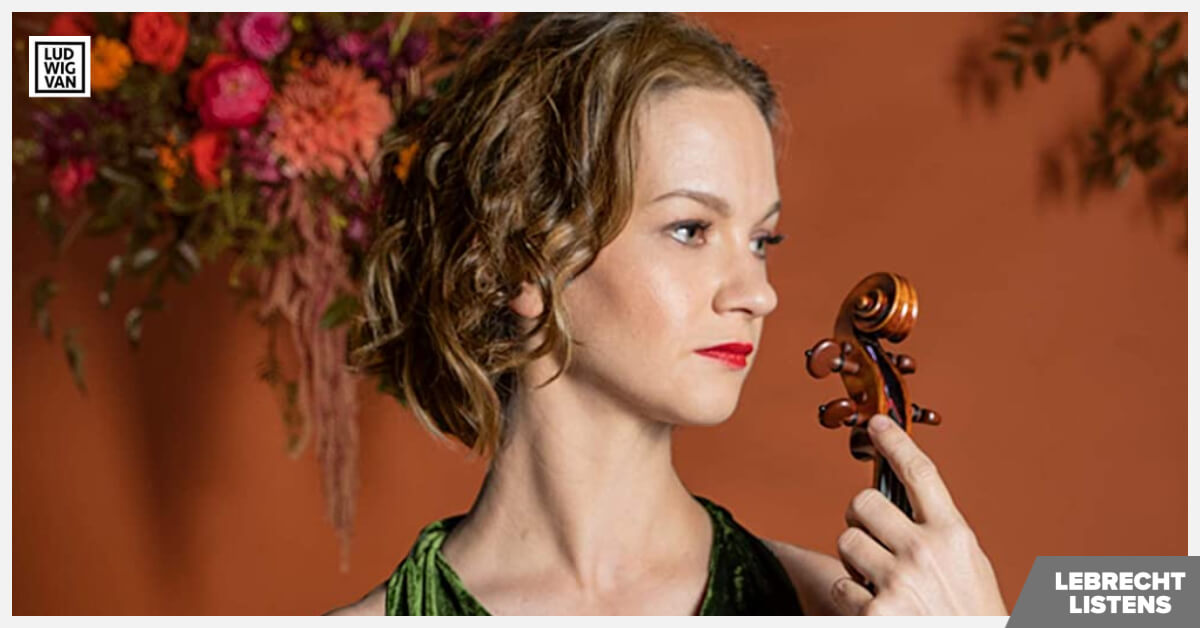