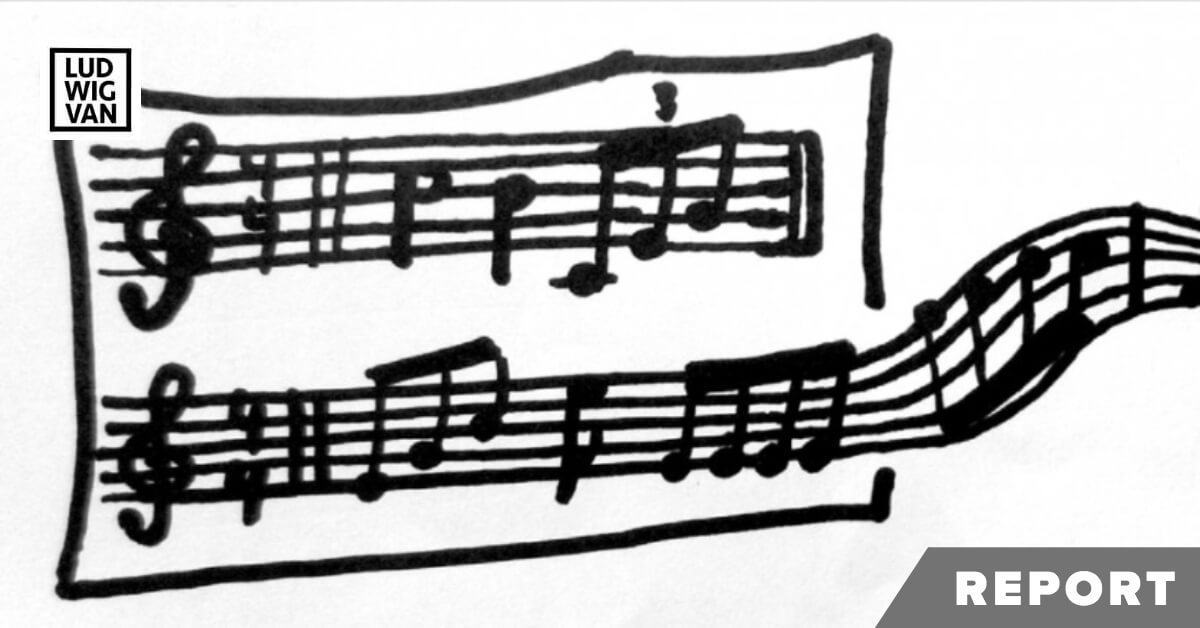 Is it time to bring improvisation back into the world of Western classical music? A recent study by Imperial College London and the Guildhall School of Music & Drama in the UK provides encouraging results for its proponents.

Titled The improvisational state of mind: a multidisciplinary study of an improvisatory approach to classical music repertoire performance, the study was published in the journal Frontiers in Psychology. In essence, the results found that audience members are more engaged with musicians as they improvise — their neurological responses similar to those of the musicians as they played.

The study used live performances of Schubert’s The Shepherd on the Rock, D. 965, played by a professional trio of flute, voice, and piano. The audience of 22 had a range of musical experience and training. One performance was strictly by the book, while the other included improvised sections. The audience members were told that the two performances would be different — but not as to how.

Researchers measured the changes in brainwaves with an EEG (electroencephalogram). Specifically, the EEG, using 19 different scalp locations, measured an increase in the Lempel-Ziv complexity of brain signals, which is linked to attentiveness and awareness, during the improvisational performance, in both performers and audience members. They found more power in the lower frequencies during the by-the-score performance, contrasting with active high frequencies during the improvised concert.

The post-concert survey results were as interesting as the EEGs. The musicians noted that there were “distinct mental states” that differed between the two performances. Audience members thought that the improvisational performance was more emotionally and musically engaging. Those responses were consistent, regardless of how much musical training the individual had, or even whether they could see the performers or not.

Professor Henrik Jeldtoft Jensen, Head of the Centre for Complexity Science at Imperial College, said in a media release, “This is a very clear result that improvised music simply leads to a higher level of awareness.”

Improvisation has begun to creep back into the picture in classical music recent years at music teachers’ conferences, in some music schools, and the tradition of French organists to improvise during the Catholic mass is longstanding. Under Artistic Director Robert Levin, the Leipzig International Johann Sebastian Bach Competition encourages competitors to include “extemporized repeats”.  But, the standard is still overwhelmingly to play the music as the composer intended — or strictly according to the score.

But, until about 1840, improvisation was the norm. From historical accounts, we know of the “tumultuous applause” that followed Mozart’s half-hour-long improvisation in Prague in 1787. Composers like Bach, Mozart, and Beethoven — to the Romantic Era — improvised, and expected that musicians would improvise from their works. Austrian composer Johann Nepomuk Hummel (1778–1837) wrote, “free improvisation in general and every respectable form to all those for whom [music] is not merely a matter of entertainment and practical ability, but rather principally one of inspiration and meaning in their art.” In 1828, he doubled down on his advice.  “Even if a person plays with inspiration but also from a written score, he or she will be much less nourished, broadened, and educated than through the frequent immersion in free fantasy practiced in the full awareness of certain guidelines and directions, even if this improvisation is only moderately successful.”

Somewhere along the way, in the late 19th century, the rising cult of the composer as a figure of authority and status, along with increasing harmonic and melodic complexities, led to the notion that music should be played strictly as written.

But, it seems like the practice may have shortchanged both musicians and audiences. The researchers posited that there is an “improvisatory state of mind” which can be felt by performers, and communicated directly to a live audience. Their theory is that that state of mind we enter into when we improvise is something called a “primary state”.

Simply put, in psychology, there is thought to be two different modes of consciousness. The secondary state, or secondary consciousness, is the normal waking mode of consciousness in adults. The primary state is associated with high levels of entropy — less attached to logic, what we think of as objective reality, or a direct response to the outside world. If the secondary state connects us directly with the external world as we wake, the primary state is what most of us would think of as the unconscious, a trippy zone where concrete reality figures less prominently than emotional realities.

The results of the study are fascinating, but what to do with the information? If improvisation was to become a common practice once again, it would significantly affect how classical music is taught and learned, but the study’s ambitions go beyond, to the future of classical music itself. The researchers point out that improvisation may be a way to better connect with audiences — especially the younger demographic that will build a solid future for the genre.