The last classical music CD store in Canada is officially closing. As the company announced in a Facebook post earlier today, L’Atelier Grigorian will be shuttering its last retail store in Toronto’s Yorkville in mid-June of 2019.

The announcement was made by John Holland, Music Director & Choir Conductor at Blessed Trinity Church, Toronto, in the L’Atelier Grigorian Music Stores public Facebook group. Few details are provided in the announcement, although as recently as April 17, the store was announcing new stock arrivals. 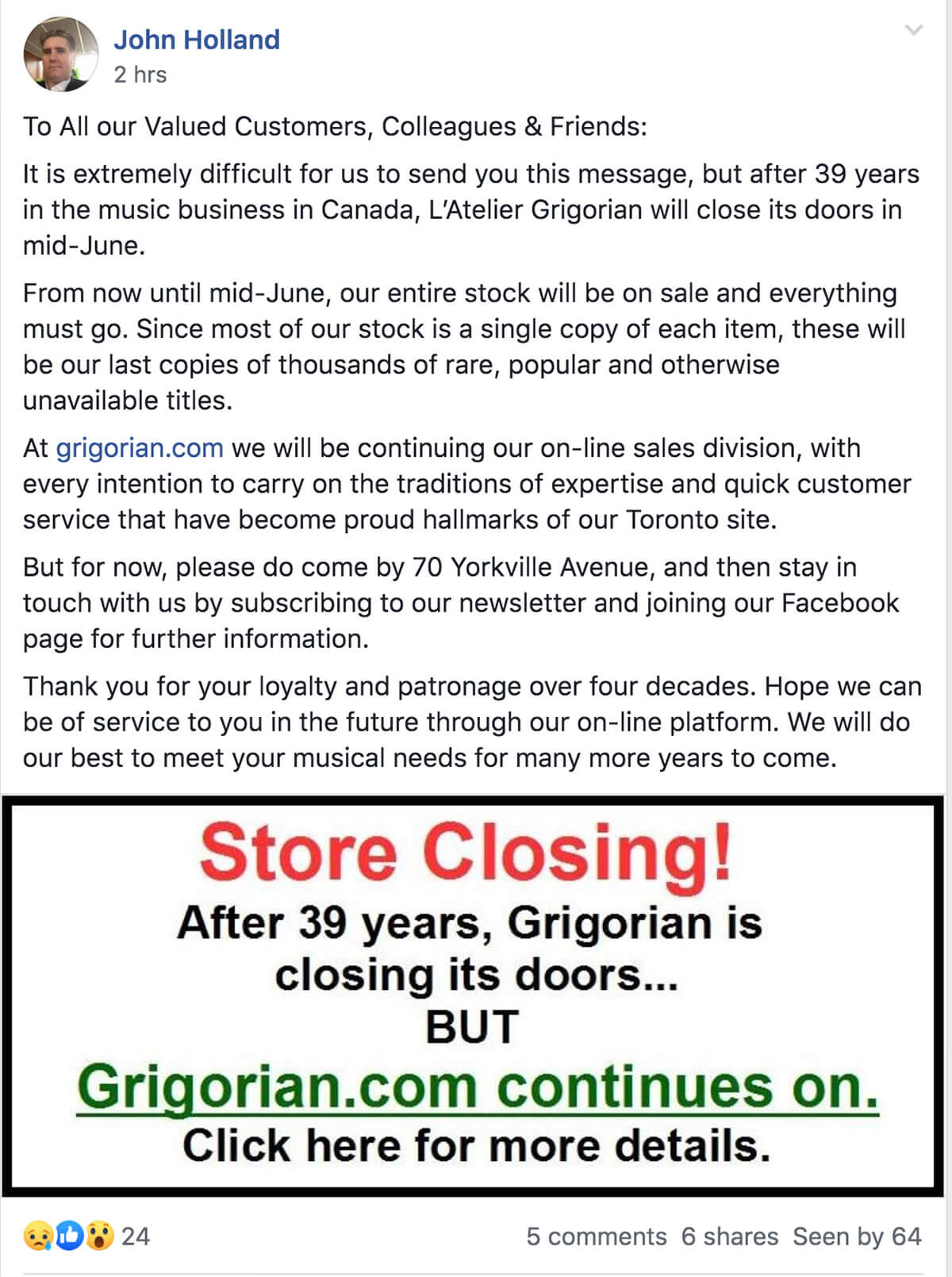 The company will still be selling CDs online at grigorian.com, promising the dedicated customer service that distinguished the store experience. In addition to the Yorkville store that will be closing in June, the company formerly operated a retail outlet in Oakville that closed in 2014.

The store’s closing follows a similar move by Vancouver’s venerable Sikora’s, a dedicated classical music store in West Hastings that shuttered in February 28, 2019 after four decades in business. While Grigorian’s has not provided details behind the closure, it’s not hard to see the writing on the wall in this era of music streaming and a diminished profile for classical music on the culture scene.

Ed Savenye, co-owner of Sikora’s, told the Vancouver Sun that, along with the digital music wave, he listed what he called “downsizing” as another reason for the decline of CD stores in the modern era. “People are moving into smaller places and are limited by space and can’t collect the way they used to,” he noted. Importing stock can also prove a challenge.

The Grigorian store was rated 4.9 out of 5 stars on its Facebook page, with glowing reviews like this one, “For jazz and classical music fans, no other place can compare. Fantastic selection and service (web store is also great) and I always walk out with more than I was looking for – the listening stations are great for discovering new releases.”

Classical music and jazz lovers in the city are sure to miss the beloved store.

In a surprise announcement yesterday, the National Ballet has partnered with Cineplex Events to ensure that Canadians across the country will be able to enjoy the magic of The Nutcracker this holiday season.
(Continue reading)
Read the full story Comments
Share this article
lv_toronto_banner_high_590x300 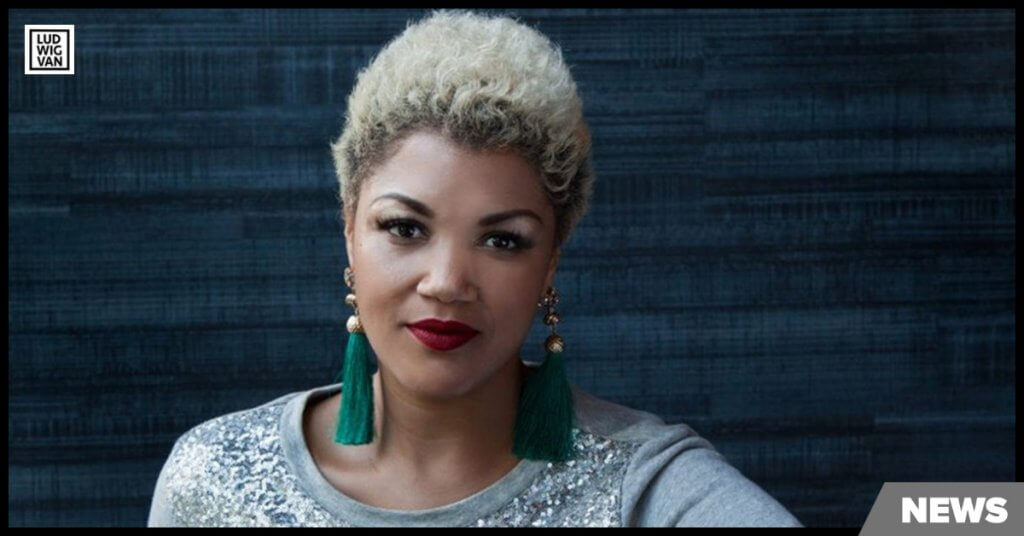 The National Ballet of Canada has announced all remaining 2020/21 season events will be cancelled due to the ongoing uncertainty around the COVID-19 pandemic.
(Continue reading)
Read the full story Comments
Share this article
lv_toronto_banner_low_590x300
lv_toronto_ssb_atf_300x300