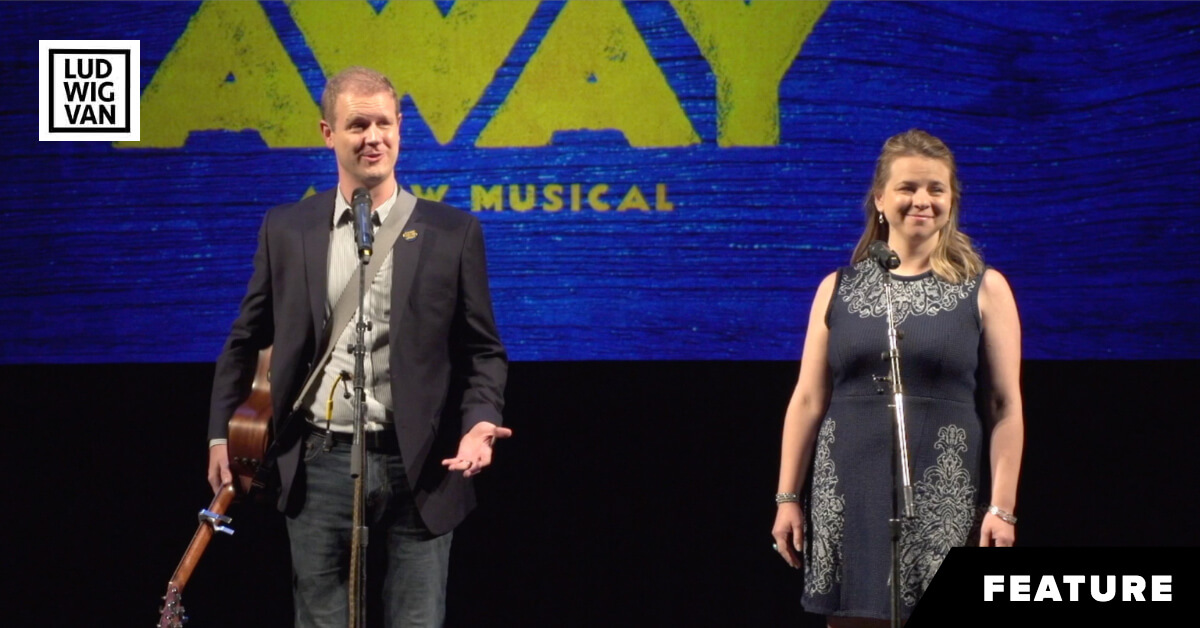 From Broadway to London’s West End, racking up awards along the way, Come From Away is the Canadian theatre feel-good story of the century. But, the story behind the celebrated musical begins in Canada, and with a show that was the hit of Toronto Fringe a decade ago.

“I’ve always loved musical theatre,” says Irene Sankoff, one half of the dynamic Canadian duo that has taken the world of musical theatre by storm. She recalls watching old musicals on TV with her mother, a nurse, after her shift finished, and going to as many as she could in person. “It’s always been a part of my life.”

Irene took dance lessons as a child, but realized her love of musicals was out of sync with most of her fellow students in high school. “I didn’t even used to tell people I was into musical theatre,” she says.

David Hein’s background is more in folk music than show tunes. “I grew up around folk music,” he says, describing family events where an acoustic guitar was sure to make an appearance. “Irene really introduced me to musical theatre.”

He points out that Come From Away is what he calls, “a perfect marriage of our backgrounds,” combining folk-style storytelling with the staging of theatre. According to Hein, it was that background in folk that, somewhat paradoxically, led to their first musical production – that, and the busy schedules of a young couple who were spending a lot of time apart. “Irene and I started writing together because we wanted to spend time together,” he says simply.

Hein wrote a song about his mother’s upcoming nuptials as a gift to her, and as he toured North America with it, he saw the crowd’s reactions. He began to add to the story. With some work and a little stage magic, those songs became My Mother’s Lesbian Jewish Wiccan Wedding, the Toronto Fringe show that could.

Written by David Hein and Irene Carl Sankoff, with songs by Hein, starring Hein and Lisa Horner, the show debuted as a Fringe show in 2009. With a sold-out run and a lot of buzz, it caught the eye of David Mirvish, and went on to another successful run at the (then) Panasonic Theatre on Yonge as an expanded production. From there, it toured Canada and the United States, including an invitation to the 2010 New York Musical Festival. The show has seen remounts across North America in 2012 and 2015, and its message of tolerance and marriage equality gives it more topical relevance than ever.

Come From Away came out of a suggestion made by Toronto lawyer and theatre lover Michael Rubinoff. Rubinoff wanted to present audiences with a story about a bright spot of hope in the midst of the chaos as the 10-year anniversary of 9/11 loomed. He suggested a 9/11 story that focused on Gander, Newfoundland, and the way the town of fewer than 10,000, opened its doors and its heart to about 6,600 plane passengers stranded by the terrorist attacks on the World Trade Center buildings in New York City. It opened up a new angle to the couple.

“We were living in New York on September 11,” says Irene, “so we knew it as New Yorkers.” Sankoff says they were inspired by the idea of different cultures and backgrounds coming together in a time of tragedy. “You can choose to help each other,” she says. It resonated with the environment they were living in at the time in NYC, in a student housing complex full of people from different backgrounds.

And so, the two set off for Gander to do the research, recording countless stories. “Every story was better than the last,” Hein remembers. “The joy of it was hearing their stories.”

After trying to get as many of the 16,000 individual stories down that they could, the next step was how to compile and construct a single, coherent script, necessarily creating composite characters and combining scenarios. “The first version was about five hours long,” David recalls, “and they weren’t even out of the plane yet.”

“We wanted to tell as many stories as possible,” Irene says.

“The goal was always, if those people came to see us, that they’d feel honoured,” Hein adds. As far as their ambitions for the show, they began modestly. “We thought Canadian high schools would be forced to do it,” Hein says with a laugh.

With its emphasis on story and the uplifting theme, it was an immediate hit with audiences. “Everyone in that moment, on that day, wanted to help.” It’s a powerful message, especially given recent events. Hein points out that, sadly, terrorist attacks are now a regular occurrence, and maybe that’s part of the musical’s appeal. “On those days that attacks happen, we can come together.” It’s a message that people seem eager to hear.

After a successful Toronto run, the show went on the road, from Toronto’s Royal Alexandra Theatre on to Washington’s Ford’s Theatre, San Diego’s La Jolla Playhouse. and the Seattle Repertory Theatre, among others, winning fans along the way.

The show landed on Broadway in March of 2017, opening at the Gerald Schoenfeld Theatre, and became an instant hit, with celebrities and other VIPs making the show, including some of the Newfoundlanders whose stories were being told. The show was nominated for seven Tony awards, and took home one for Best Direction, awarded to American Christopher Ashley. The show also racked up a few more awards during its Broadway run, including three Drama Desk Awards, and four Helen Hayes Awards, both including outstanding musical.

In the fall/winter of 2018, the show travelled to the UK, first at the Abbey Theatre in Dublin for its European premiere, and then went on to the Phoenix Theatre in London’s legendary West End, where it continued to bowl over audiences and critics alike. It stormed London’s Obie Awards in April 2019, where it took home four honours, including best new musical, best choreography, best sound design, and outstanding achievement in music.

“That was such a trip,” Irene recalls. “No one expected it. We were all so shocked.”

Both of them credit their creative partners, talented musicians, and cast members who have worked with them, including Lisa Horner, who performs in Come From Away after her leading role in their first production. Hein mentions the less tangible rewards that the show has brought to them, including being able to raise money for Newfoundland. The Canadian cast donated over $85,000 to help food banks across Newfoundland after fundraising performances in St. John’s.

There are a few irons in the fire that the couple can’t discuss at the moment, but for now, Come From Away is still filling up most of their days. As the show’s five touring companies are established, up and running, they’re also looking forward to spending more time with their daughter, who David says, “has grown up with Come From Away as a sibling,” and who made her own stage debut recently.

The show may see a production in Argentina next year. “We’re working on the film for it now,” he reports. A companion book will also be published with a very intimate look at the musical and its inception, and the couple will also be publishing the script. The show itself is still playing in London, and touring, with the fifth company and production set to go shortly Down Under. The Australian premiere in Melbourne is set for July of this year.

“We get to celebrate everyone,” he says. “We’re thrilled that we get to share Newfoundland with the world.” 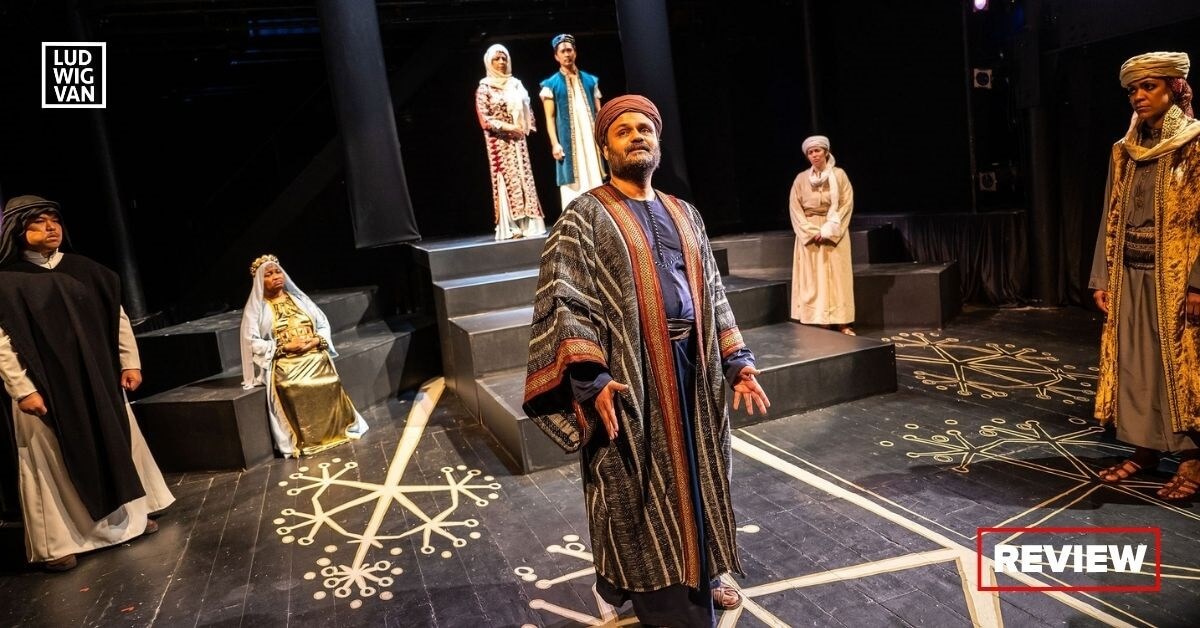 If there ever was a production that deserved an A for effort, it is 1184.
(Continue reading)
Read the full story Comments
Share this article
lv_toronto_banner_high_590x300 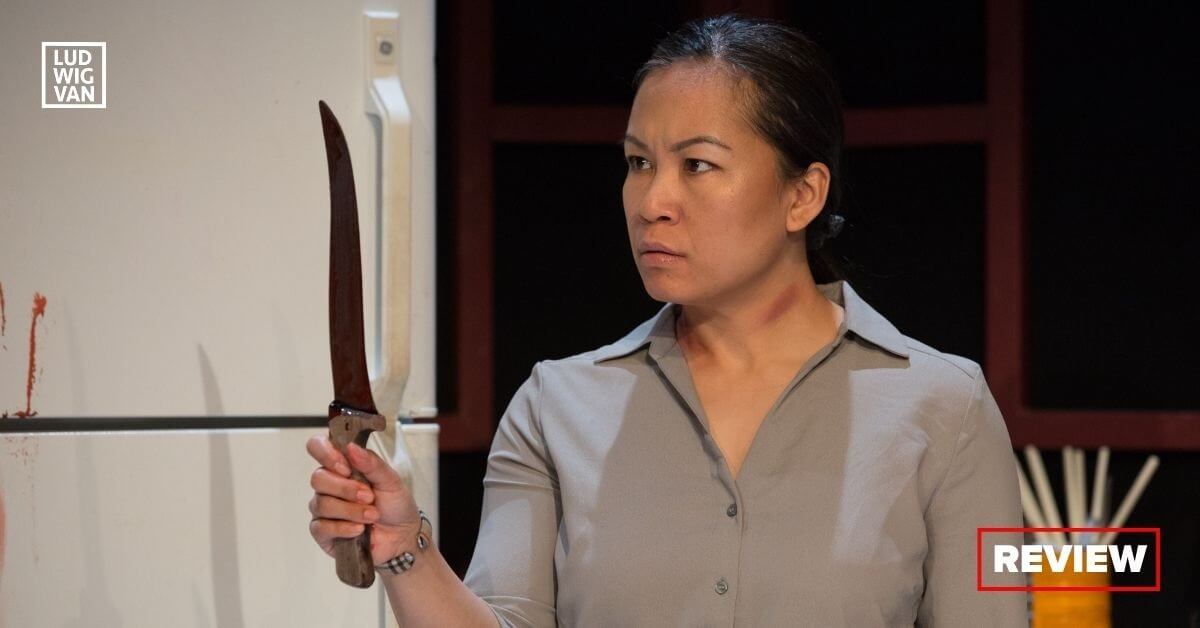