This week, the mercurial Enrico Onofri makes his Tafelmusik debut with The Tempestuous Violins.

Beginning his career as concertmaster of Jordi Savall’s ‘La Capella Real’ when he was still a student, Enrico has been mesmerizing the world with his performances as both violinist/conductor and director. In particular, his leadership with the Il Giardino Armonico (1987-2010) has been a spectacular success, and with the invitation of Elisa Citterio, Torontonians finally get to see Enrico in action.

“It’s a selection based on the idea of the ancient meaning of the word concerto,” Enrico says. “Actually, that word has two different roots: the main one seems to come from the Latin noun concentus (from conserere, ‘to gather’ or also ‘to dialogue’); the other possible one is the old Italian verb concertare and/or certare (‘to fight’ or ‘to compete’). Hence, the instrumental concerto is a real battle between one or more soloists and/or the orchestra, but at same time it’s an attempt to gather the instruments through the dialogue created by that contrast. It seemed me to be an interesting matter: a ‘love battle’ of instruments, but also a battle between the passions which animates early baroque music, in the frame of the tempestuous mood of the program.”

Skirting the most familiar baroque concertos such as the Four Seasons and the Brandenburg Concertos, half of Enrico’s selections will be the first performance for Tafelmusik, an exceptional experience even for seasoned Tafelmusik members.

Charlotte Nediger explains: “There are indeed reams of music from all centuries that we generally don’t hear — and many, many treasures to be found in the 17th-century. In recent years, musicians increasingly have access to the music, which previously had been hard to obtain. This is fantastic, though many are only in old manuscripts or publications, and most not in score form, so it takes more effort and exploration than later repertoire. The effort is amply rewarded.”

However, Nediger is also aware of this gamble — of unfamiliarity: “The next challenge is to draw audiences. We are lucky in that many of our regular audience members are willing to buy tickets for music of which they have little or no experience — they trust us to offer something compelling. Some more occasional attendees are drawn to familiar names — Bach, Handel, Vivaldi, Mozart — and are less likely to spend money on something they can’t define. So our challenge is to convince them to give it a try. The first half is a tapestry of shorter pieces spanning the first half of the 17th-century: some pieces look back stylistically, and some look forward. There are pieces for various combinations of solo instruments and others for orchestra. In the second half, we’re back with more familiar Corelli and Vivaldi — with a bit of English music by Locke for good measure. In all, I think it will be a delightful journey!”

Christopher Verrette, the presenter of pre-concert chat for this week, points out another familiar element — the element of mentorship, and the freshness that brings to this joyous band of musicians.

“By inviting Enrico as our guest we are continuing something that Jeanne Lamon also did, bringing people that were her own mentors, like Frans Brueggen, Sigiswald Kuijken and Anne Bylsma,” explained Verrette. “For most of us this will be our first time working with Enrico, and it’s kind of cool especially in an anniversary year for the orchestra to have this experience that will be at once new and part of our background through his teaching of Elisa.”

Perhaps it’s Enrico’s own history that made him particularly receptive to the new:  “When I started to play baroque music in Italy we didn’t have schools teaching historical performance like in North Europe.” This nonexistence of conventions was a crucial element for Enrico: “…It’s been an opportunity rather than an absence, because some musicians of my generation emigrated to the North of the continent, but some others created their own ‘schools’ in Italy, exactly as the Northern European masters did a couple of decades earlier. I’m part of the group who stayed in Italy, focusing on the historical sources on Italian repertoire by means of our Italian view and understanding.”

For the new audience, there will be a few new things in this performance.  Christopher kindly provides a brief explanation of the key terms: “About the genres, the Canzona is the oldest style on the program, a formal piece with lots of imitation (people playing the same figures at different times). Sinfonia usually meant a short instrumental piece that could be an introduction to, or interlude within something larger — not like the multi-movement pieces with lots of development from the classical period… There isn’t a big difference between Sonata a quattro and sonata for four violins other than language, though the difference here is that Legrenzi is very specifically for four of the same instruments (violins) plus bass, whereas the Castello is for an unspecified group of instruments in different ranges so we will use both violins and violas.”

And the conductor — where is the conductor? How does an ensemble of 17 musicians play together without the person with the white baton?  Enrico explains, “…A conductor will be there: the only difference is that the conductor leads the orchestra playing the violin, as our ancestors did until the end of the 18th-century. When I perform with a historical performance orchestra, usually I prefer to conduct from the first violin desk, except in the case of operas or very large ensemble pieces, so that I conduct by baton,  like modern symphonic orchestras.”

For violist Brandon Chui, who performs in both areas of historical and modern performance practice, the idea of playing together in Tafelmusik is always exciting: “Whether it’s playing in a small group of 6 people in a Castello sonata, or a group of 45 in a Beethoven symphony, the attitude of Tafelmusik is always the same; hyper-awareness and reaction to what others are doing and attention to the smallest of details. It’s truly large-scale chamber music and I love it!”

If you are new to Baroque performance, look out for Lucas Harris, who plays a strange, long-necked instrument — unlike most instruments of Tafelmusik, which many of us are familiar with, his instrument always draws attention: “I’ll be playing the theorbo (also sometimes called chitarrone), a long-necked lute with many strings (in this case 15 total).  The theorbo was invented in Italy around 1600 by taking the bass member of the lute family and giving it an odd “re-entrant” tuning where the third string (instead of the first) has the highest pitch,” Harris explains.

And the exceptional length of the neck? “A long neck was added to accommodate an extra octave of low bass notes which are tuned in a scale (and can be retuned between pieces in different tonalities). The theorbo plays in the basso continuo section alongside the harpsichord, providing a harmonic foundation for the orchestra.  Both the theorbo and harpsichord read from “figured bass” notation, where the composer composes a bass line and includes numbers above to indicate what harmonies the players should use when improvising their accompaniment.”

Also look out for Dominic Teresi and his dulcian.  “In the first half of the concert, I play dulcian, the ancestor of the bassoon,” Dominic explains. “The dulcian had its origins in renaissance Italy, and by the 17th-century was among the most widely heard instruments.” However, unlike a bassoon, which has multiple parts that join together, the dulcian is typically made from a single piece of wood, and only had up to two keys.  Though it seems exotic today, the dulcian was a very popular instrument: “…Its role in sacred vocal music was so common that it was known as the Chorist-fagott (Fagott is the German word for dulcian or bassoon). While it was equally at home with both wind ensembles and mixed formations, it was most frequently found deployed with ensembles of stringed instruments.”

And for seasoned audience members, there’s a small surprise in Enrico’s favourite piece of the program, The Tempest by M.Locke, a late 17th-century English incidental music for Shakespeare’s Tempest. It might be familiar to the faithful Tafelmusik followers, as it is a regular feature on the Tafelmusik Baroque Summer Institute concerts.  However, Enrico’s added wind parts this time — “I love The Tempest… It’s a piece full of melancholy, in the old sense of that word: contrasts between extreme passions and moods, but also deeply introspective.”

Yes, it is true that there is no such thing as truly new, or old. Things evolve constantly, and familiarity isn’t given, but built throughout.  As Miranda, the daughter of Prospero, exclaimed upon seeing new people on the deserted island, Tafelmusik’s the Tempestuous Violins is a bag full of intrigues. Do make your way down to this concert, seasoned and uninitiated listeners: “ I’d say ‘go for it,” says Nediger. A program like the one Enrico has curated offers such a range of old and new that it’s sure to be both intriguing and entertaining.”

The Tempestuous Violins runs February 7–10 at the Trinity-St. Paul’s Centre, and 12 February 2019 at the Toronto Centre for the Arts. Details here. 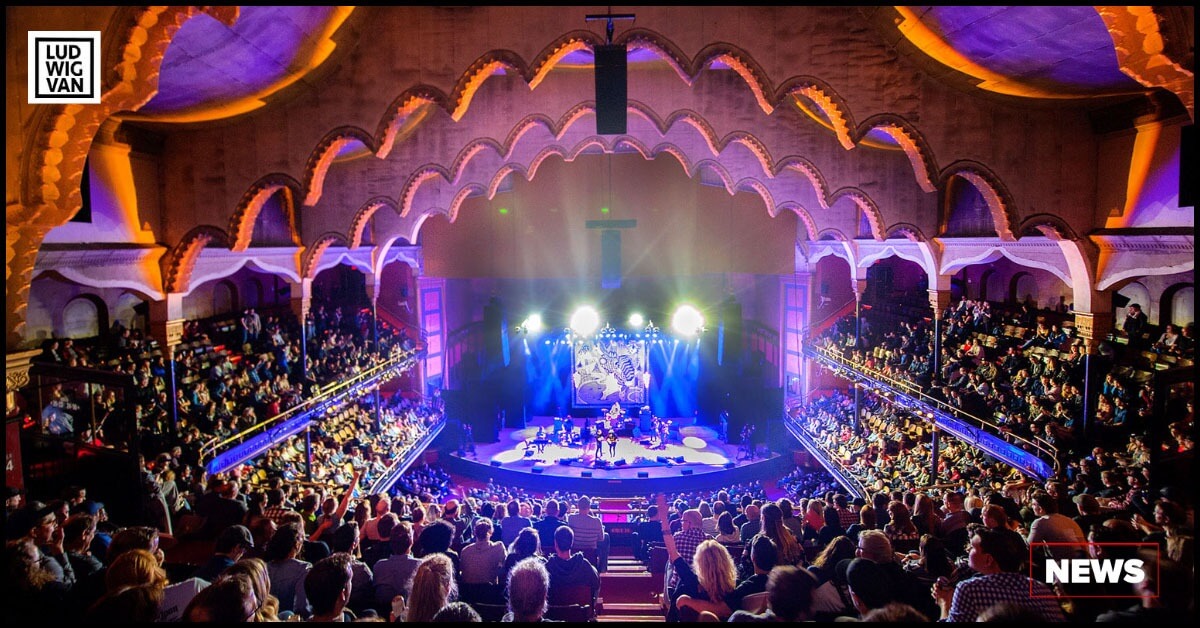 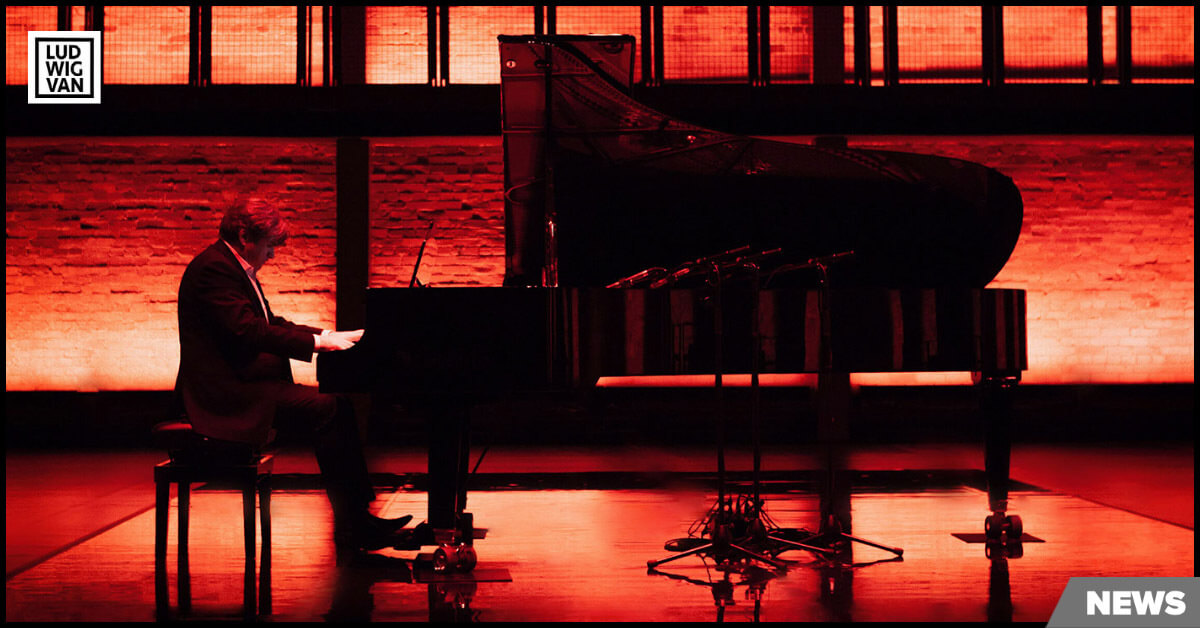 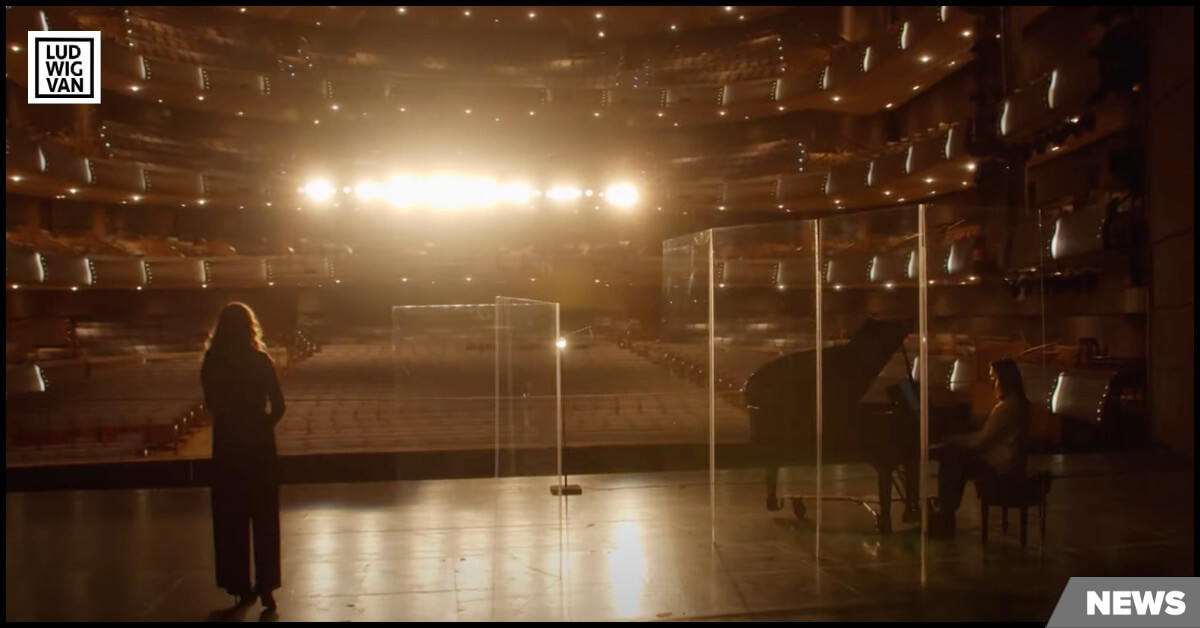 The Canadian Opera Company has released a video trailer announcing their eventual return to the stage next season.
(Continue reading)
Read the full story Comments
Share this article
lv_toronto_banner_low_590x300
lv_toronto_ssb_atf_300x300