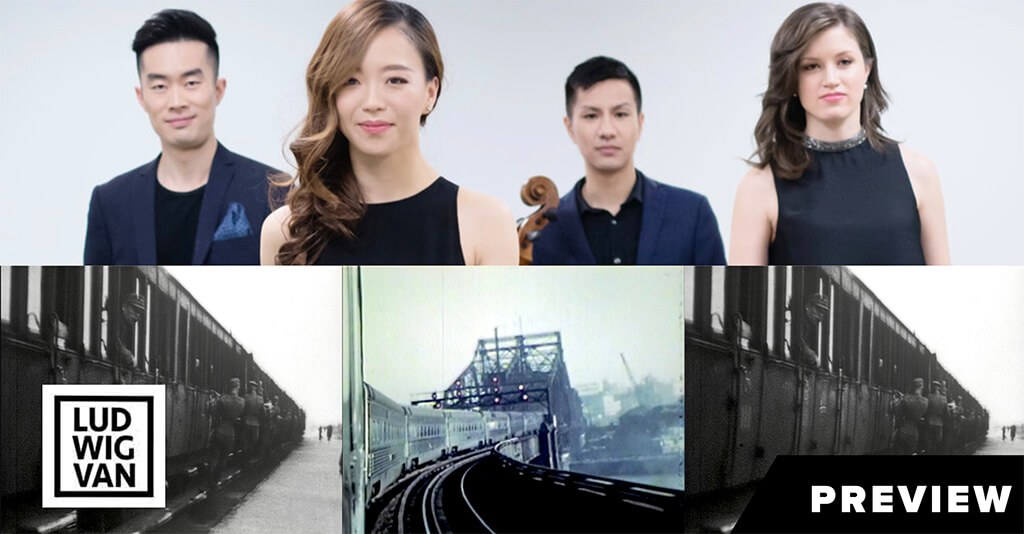 Since its premiere in 1988 by the Kronos Quartet, Steve Reich’s Different Trains became an instant favourite.  Its rhythmic drive and hypnotic movement are immediately relatable, and the spoken fragments and train horns quickly create a vignette of the past. However, as we get comfortable with the tableau of the first movement, we are abruptly taken into a different world — the sky filling out with sinister cues, the screeching noises of the trains, those eerie spoken words. Without prior knowledge, this unexpected scene is confusing and jarring, even when it transitions to the third movement, lifting us out through the familiar conductor’s voice and fading consonance of the quartet.  My first listening of this work made me run to the library immediately, to find out what I had just heard.

This fascinating work has been discussed in much detail since 1988, and Reich’s program note explains how it came to be. In Different Trains, Reich draws from the power of memories and storytelling: of his childhood, travelling across America, and of our collective memories, those of holocaust, of survivors and the aftermath.

Such memories are weird and powerful. They plant themselves deeply in our hearts and often resurface in unexpected places, influencing what we do, how we feel now.  With the perceived recent rise of racial hatred and extremist politics, the work resonates even louder today.

…Then the war was over
Are you sure?
The war is over…
(From III. “After the War”, Different Trains)

It is intriguing to see how Soundstreams’ presentation of Different Trains will transpire, especially for new listeners, with its new video by Beatriz Caravaggio.  The Spanish multimedia artist Beatriz’s work focuses on documentaries, video creations and installations, and her Different Trains has been touring across the world since its premiere in 2017 with the BBVA Foundation.  Her visual interpretation draws directly from the current train footage (both urban and rural), and holocaust documentary footage — the deportation, concentration camp, and subsequent liberation.  And this particular version, among many other visual projects associated with the composition, was received with an enthusiastic accolade from Reich himself:

“Since we live in a time when many people want a visual accompaniment for music — even at a concert — several people have created videos to accompany my piece Different Trains.  To be honest, most of them I haven’t even seen, and those I have are generally just a distraction from listening to the music. The one exception is the brilliant multichannel video by Beatriz Caravaggio which really works as something to watch on its own and as a way to intensify listening to Different Trains.  She has taken documentary footage and through multichannel placement and fine editing, made a thoughtful and moving piece. Bravo, Beatriz!” (Steve Reich, 2017)

The piece now poses a difficult challenge to the Rolston Quartet: how to be human alongside the technology:

“Working with video installation, or any external technical source, adds a new and different element in both individual practice and during quartet rehearsals. As a quartet, we are so involved, working intensely with each other on a daily basis, in rehearsal and performance. There’s a spoken and unspoken understanding between us that exists, and a level of trust between members in order to make this music together. Therefore, adding any external source, especially one that is ‘musically preset’, adds a new challenge since we need to complement yet weave our artistic personality into something that is of fixed tempo or fixed dynamics…in fact, it actually heightens our abilities in a completely different way.”

The gap between the two different worlds of live and pre-recorded tracks — one within the current flow of time, and another with the unyielding course of timed events, will be bridged by click-tracks through the use of a wired earpiece:  “Physically it is definitely different…we are constantly listening to each other, but the earpiece changes the acoustic norm of what we are used to hearing and so, for rehearsals and performance, adding a technical element is a matter of developing a different level of familiarity and comfort.” (Rolston Quartet)

The Rolston Quartet is relatively young, but since their win at the Banff International String Quartet Competition 2016, they have been on the road extensively, performing over 200 concerts in the past two and a half years.  The quartet spent a significant part of their developmental period in Toronto, and, having two members from the city itself, the group is a definite favourite of the Toronto audience, winning us over with mature, cohesive playing.  The newest member, Emily Kruspe (who joined the quartet in March 2018), enjoys the challenges and reward of such a close working relationship:

“We have all been good friends and schoolmates throughout many points in our lives… joining the quartet when did was really ‘jumping in the deep end.’  Emerging quartets get a chance to grow together and arrive at a level of professional establishment together. With my situation, I joined the quartet in the middle of an existing touring schedule, and we had some 50 concert dates confirmed at that time. Programs and repertoire selections were already confirmed 8-16 months advance of my time with the quartet, our management, and presenters. And so, I had to fit my part into pieces that the quartet already knew well and had artistically explored before my arrival.

During the transition and still, with some works, I am constantly adding new pieces to my repertoire. But the rest of the quartet has also had to relearn or to approach the pieces again with fresh eyes, factoring my input and style. So, in addition to learning new quartet works, many hours went to getting comfortable with works that they had already performed. This experience has proven to all of us that one of the amazing parts of music is that, musicianship and interpretation is constantly evolving, even with familiar repertoire.”

As Soundstreams are presenting the Emerging Composer Workshop 2019 (January 25 – February 3) simultaneously with the February 2 concert, works of the guest mentor composers for the ECW, Rolf Wallin (Norway), Dorothy Chang (with guest soloist Steven Dann), and R. Murray Schafer’s Quartet No. 2: Waves, will complete the program.

It is sometimes difficult to appreciate familiar works with fresh minds. However, the advantage of being there at a live performance always works: and how often does one get to see Different Trains live?  Not very often — so mark your calendar, don’t miss the date. The horror and relief of human error in history has not ended yet, and Different Trains still has so much more to provoke, question and instigate in all of us. 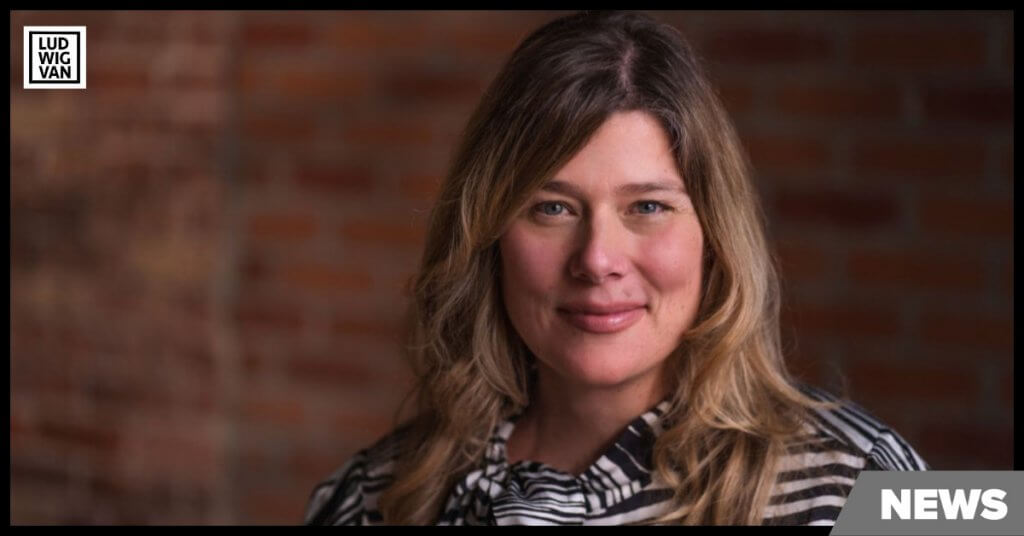 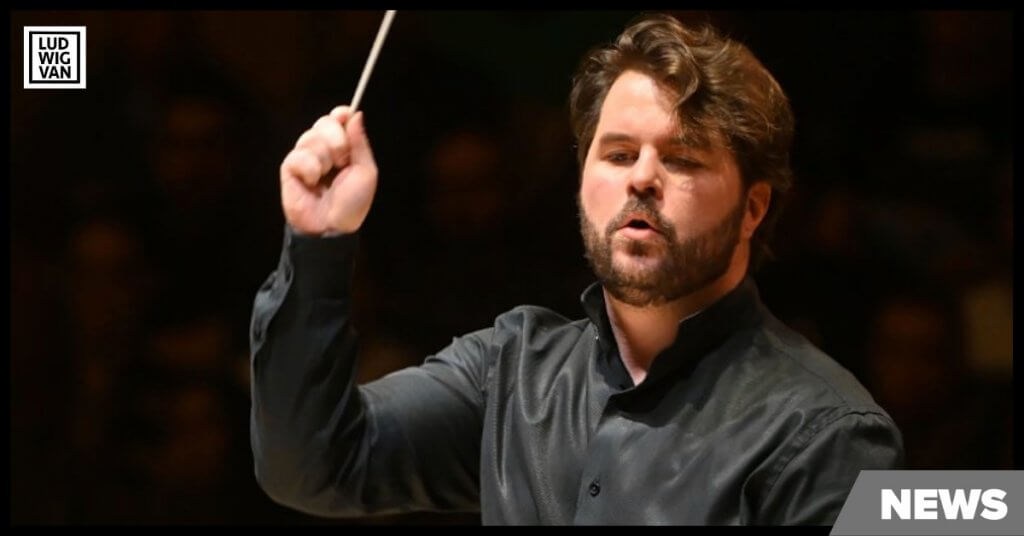 The Toronto Symphony Orchestra (TSO) have announced a special surprise for concert goers looking to brighten up their winter.
(Continue reading)
Read the full story Comments
Share this article