INTERVIEW | So Percussion: A Backstory And Unique Evolution, Explained

Turn up the volume, press play and close your eyes.

What do you hear? Can you tell what’s being played and how?

The origin of the word timbre is directly related to percussive instruments, such as bell or kettledrum. It means the unique sonic character of an instrument: for instance, the quality that makes a violin sound similar to a viola, but very different from a tuba. Standard bowing on a violin still has shared character with col legno or ricochet bowing, even if they are distinctively different: percussion is an unusual musical discipline as there are virtually no limits to what they may play on, giving them a sound pallet as big as… the ocean.  So, when our eyes are closed, most of us would have some difficulty in identifying all those mesmerizing sounds in “Water.”

Many classical percussionists experience music as part of ensembles such as bands or orchestras, and often, their roles are severely limited, mostly due to logistics — how many different instruments are needed and how would they fit in with the rest of the ensemble? Do we have access to the instruments, and are we all going to fit on the stage?  In big typical Romantic and later orchestral works, say Mahler or Stravinsky, you will see commonly four to six percussionists, moving with grace between the forests of ‘things,’ some familiar and some mysterious.

However, it’s only been a few decades that the solo or chamber percussion ensemble has come to establish itself as a genre of its own, and it remains rather unfamiliar — though, in Toronto, we’ve been spoiled with Nexus since 1971. Following Nexus’ footsteps, many brave percussionists are pursuing the path of percussion quartet performance, and on 19 January 2019, Sō Percussion, one of today’s best chamber ensembles, is bringing a program full of intrigue, Amid the Noise.

“Like many in our field, my early training was in orchestral percussion,” says Sō Percussion member Adam Sliwinski. “The fascinating aspect of that craft, in my opinion, is the curation of sounds for situations. People are often astonished when you explain to them how a certain type of cymbal or triangle is appropriate for specific composers, as they often assume that one ding or crash is as good as another.”

However, when a young Sliwinski initially looked into his future, a percussion quartet wasn’t the first thing that popped up.

“I had a crisis when I realized that my particular kind of creativity might have been too messy to make a satisfying life as an orchestral percussionist. There weren’t many other outlets available. I never possessed any desire to be in a professional percussion ensemble, partially because there were so few in existence. I knew some amazing percussionists (such as the members of Toronto’s own legendary group Nexus) who had diversified their careers by performing in percussion groups, but there weren’t really any full-time groups.”

Looking at two common career options: play in an orchestra or teach at a college/conservatory, Sliwinski went to do his doctorate at Yale with the intention to go into academia, but that all changed rather quickly — he joined Sō: “I made what at the time seemed to me (and also to my family and my mentors) a hard left turn into this completely unknown world of an independent ‘start-up’ ensemble. It was terrifying and thrilling at the same time. I moved to Brooklyn and lived in our first loft space.”

Eric Cha-Beach entered from stage left. “I personally went through a lot of different musical lives before ending up in Sō Percussion.  I started off playing piano and singing in the church choir – and listening to James Taylor, the Beatles and Paul Simon growing up.  Later I took up percussion as a way to be allowed in the jazz band at my school, joined the marching band, then got very serious about my metal band for a while.  As a teenager, I was listening to Aphex Twin, Deftones, and R.E.M.”

Cha-Beach headed to Peabody Conservatory to study recording, but life had a different idea for him. “Conservatory happened almost by accident… I found myself in a studio with some incredibly talented players and a great teacher (Robert van Sice), so my excitement about chamber music grew really quickly over the course of a few years in undergrad.  That was my first exposure to Steve Reich, Terry Riley, Pauline Oliveros, David Lang and tons of other composers that came to be my favourites!”

Cha-Beach then went to Yale to continue his studies, where he met the quartet. “All of us got to grad school at Yale from different undergraduate institutions.  Jason went to Eastman, Adam to Oberlin, Josh to the University of Akron, and I went to Peabody Conservatory.  The group started in Jason’s first year at Yale, kind of as a school assignment, and over the years as different members changed out, they were always replaced with other folks from the program at Yale.”

Since 1999, the group has been expanding their creativity in multiple projects; defining themselves as ‘a percussion-based music organization,’ their output — commissioning, performing, recording, composing and teaching, is truly multifaceted. The group is known to present an “exhilarating blend of precision and anarchy, rigour and bedlam,” (The New Yorker).

Sō will be presenting an all-Canadian premiere program on January 19.  Along with the official program note, Adam offers additional insight:

“Almost every concert we program represents a collaboration with the festival or presenter. Although we enjoy pushing aesthetic boundaries, we care about our audience’s experience a lot. We work hard with the presenter to shape a satisfying concert.”

Our performance in the 21C festival is anchored by ‘Amid the Noise,’ a project written by ensemble member Jason Treuting. This set of music was our third commercial album release back in 2006. Over the years, we have adapted it to become a large ensemble piece for flexible instrumentation much like Terry Riley’s ‘In C.’  (*For “Amid the Noise,” members of the Glenn Gould School 21C Ensemble will be joining Sō, and there also will be an element of audience participation.)

Other works in the concert represent our ongoing process of commissioning the most exciting living composers to write new works for percussion quartet. We often seek out composers who have made a mark in the wider music world but who haven’t yet written for percussion. This is true for composers like Vijay Iyer and Caroline Shaw, whose percussion quartets ‘TORQUE’ and ‘Taxidermy’ will receive performances on this program. Donnacha Dennehy’s work ‘Broken Unison’ — along with Vijay Iyer’s — is a commission for the mallet quartet formation (two vibraphones and two marimbas).

So the program for our Toronto concert features two important aspects of our identity: virtuosic new works for percussion quartet and flexible collaborative projects.”

When the group sought ideas from friends and families for the group’s name, Jason’s sister, Jenise Treuting, suggested the word ‘Sō’, and it fits the group like a glove:

“The ‘Sō’ in Sō Percussion comes from 奏, the second character in the compound Japanese word 演奏 (ensou),  to perform music. By itself, so means “to play an instrument.” But it can also mean “to be successful,” “to determine a direction and move forward,” and “to present to the gods or ruler.” Scholars have suggested that the latter comes from the character’s etymology, which included the element “to offer with both hands.” 奏 is a bold, straightforward character, but lends itself to calligraphy with a certain energy that gives so a springy, delicate look.” (Jenise Treuting)

As complex as their name, Sō percussion is not an easy entity to describe, as their development has been explosively fast, non-linear and organic.

But it does not need to be described, if it is experienced.

Amid the Noise is an occasion. An occasion to let these wild geniuses, to take us, into the unknown direction, and move us forward.

Get your ticket and let yourself to be guided to this wonderful and strange sound world.  If not now, then when? 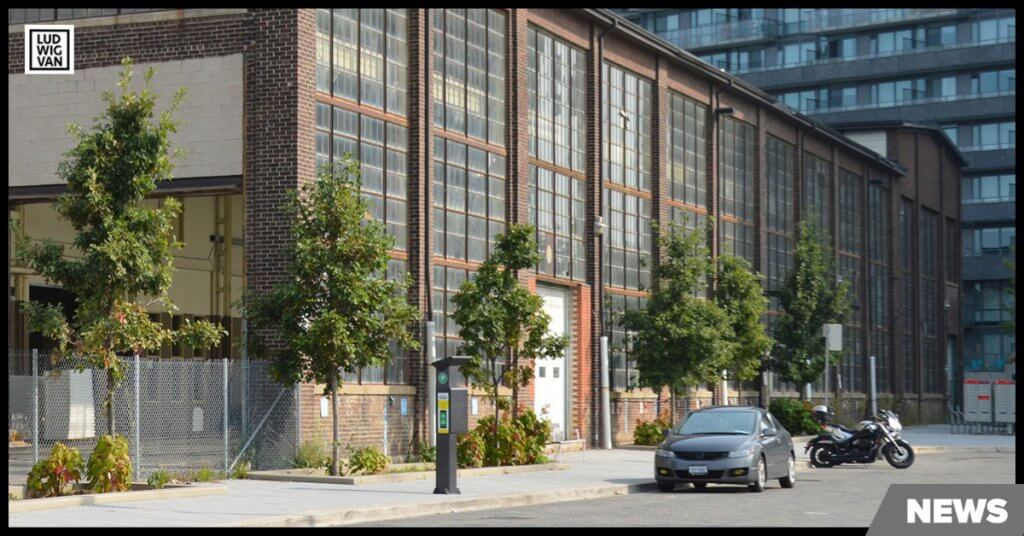