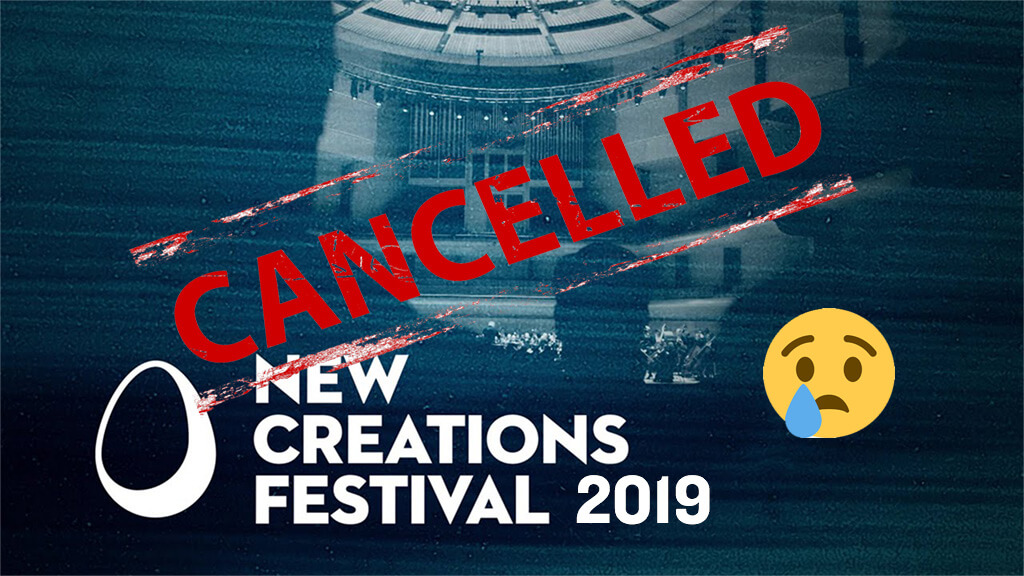 The Toronto Symphony Orchestra enters the post-Peter Oundjian era next season with five programs led by interim artistic director (and conductor laureate) Sir Andrew Davis but without the New Creations Festival, which will be discontinued after 14 years.

TSO interim CEO Gary Hanson argues that the cancellation can in some ways be viewed as a plus for fans of contemporary music.

“Keep in mind that New Creations only accommodates one performance of each piece,” Hanson writes in an email. “While we lose the two-week focus on new music, what we gain is a higher average number of performances and a larger audience for each piece of new music, and the ability to offer the conductor and musicians more rehearsal time for each new piece.”

Another Oundjian innovation, the Mozart Festival, has also been scratched, although two programs devoted to that composer survive, one led by Pinchas Zukerman (who also performs in two violin concertos) in late January and another by Jeremy Denk (two piano concertos) in late May.

While New Creations is gone, there will be a world premiere by Toronto composer Jordan Pal on a Davis-led program in May. The title is TBA. In November the orchestra revives City Noir, John Adams’s energetic 35-minute tribute to Los Angeles, which was co-commissioned by the TSO and last heard in Roy Thomson Hall in 2011 — as part of the New Creations Festival. John Storgårds of Finland conducts.

Another TSO commission and New Creations orphan, the 25-minute Variations concertantes (2006) by the late Jacques Hétu, will be heard under Davis in the season-opening concert of Sept. 20. This program includes Berlioz’s Symphonie fantastique as well an excerpt (Fantaisie sur “La tempête” de Shakespeare) from its much less popular sequel, Lélio. The Toronto Mendelssohn Choir contributes to the unusual latter selection.

Four of Sir Andrew’s assignments are in 2019. Notable are Act 1 of Wagner’s Die Walküre (straddling January and February) and Mahler’s sprawling Seventh Symphony in May.

TSO fans on the lookout for a potential successor to Oundjian as music director — who would start at the earliest in September 2020, after a second season with Davis as a stopgap — have a bewildering array of names to ponder and few obvious candidates for a shortlist.

“We are not commenting on the search, nor are we implying anything about the search through the choice of artists,” Hanson cautions.

All the same, Storgårds did well enough last month in Holst’s hard-to-foul-up The Planets. Donald Runnicles, a burly advocate three months ago of Mahler’s Sixth, comes back with Orff’s anything-but-subtle Carmina Burana. American ‘old pro’ David Robertson, who is leaving the St. Louis Symphony after two decades, will be at the helm in Sibelius’s Symphony No. 2.

Thomas Dausgaard (Bartók’s Concerto for Orchestra) has been signed by Seattle, and Bramwell Tovey (Britten’s War Requiem) is busy as a composer and freelance conductor. The Russian Andrey Boreyko (a suite from Tchaikovsky’s The Sleeping Beauty) has enjoyed considerable success as a TSO guest conductor but might be compromised in the view of some Torontonians by his former employment by another Canadian ensemble, the Winnipeg Symphony Orchestra.

One conductor with an apparently clear calendar is Juanjo Mena, who leads Mahler’s Second Symphony (“Resurrection”). This Spaniard from the Basque country has also been mentioned as a candidate for the directorship of the Montreal Symphony Orchestra, from which Kent Nagano steps down after 2019-20.

But the most intriguing TSO podium guest appearances in our gender-conscious age are by Han-Na Chang, Barbara Hannigan, Tania Miller and Gemma New.

Chang returns to Roy Thomson Hall for the first time since 2001, when she was a teenage cello prodigy. Now the native of South Korea is music director of another TSO, the Trondheim Symphony Orchestra. Her assignment is no less a masterpiece than Mahler’s Fifth Symphony.

Another formidable Fifth, by Shostakovich, goes to New, the New Zealand-born music director of the Hamilton Philharmonic and resident conductor of the St. Louis Symphony. The much-discussed Hannigan returns as conductor and vocalist. A suite from her recent recording Girl Crazy is part of the program, which also includes Sibelius’s rarely-heard tone poem for soprano and orchestra, Luonnotar.

Miller is in charge of the only TSO event in Koerner Hall. The program features contemporary (and mostly Canadian) repertoire, including commissions from the pianist Stewart Goodyear and the TSO’s yet-to-be-named affiliate composer. This concert is given in partnership with the Royal Conservatory of Music.

Some guest conductors — Nicholas Collon (U.K.), Kirill Karabits (Ukraine), Karl-Heinz Steffens (Germany) — will be strangers to TSO subscribers. And while there are a few well-regarded guest soloists — violinists Nicola Benedetti, James Ehnes and Christian Tetzlaff, pianists Jan Lisiecki and Louis Lortie, cellist Alisa Weilerstein — the 2018-19 TSO season will not be remembered as a cavalcade of superstars.

Davis is not the only former TSO music director on the docket. Günther Herbig returns in March — at age 87 — with a program of two unfinished symphonies, Schubert’s Eighth and Bruckner’s Ninth.

There are fewer programs overall in 2018-19, and more repeats. Pops programming, curated by conductor Steven Reineke, also makes up more of the scheduling. There are concerts dedicated rock, soul, Hollywood and “modern Broadway.” Movies with live accompaniments remain in the ascendant. Home Alone and Casablanca are promised. Other screenings are in the planning stage.

As for Oundjian, he will exit with the title of conductor emeritus and take a one-season break from the TSO. According to an orchestra communiqué, the Toronto native will be back: “Beginning with the 2019-20 season, Mr. Oundjian will return for a number of annual engagements, conducting the TSO at Roy Thomson Hall as part of the flagship Masterworks Series.”

For subscription information go to www.tso.ca.

Latest posts by Arthur Kaptainis (see all)
Share this article